These Were the 5 Marketing Stars of 2016 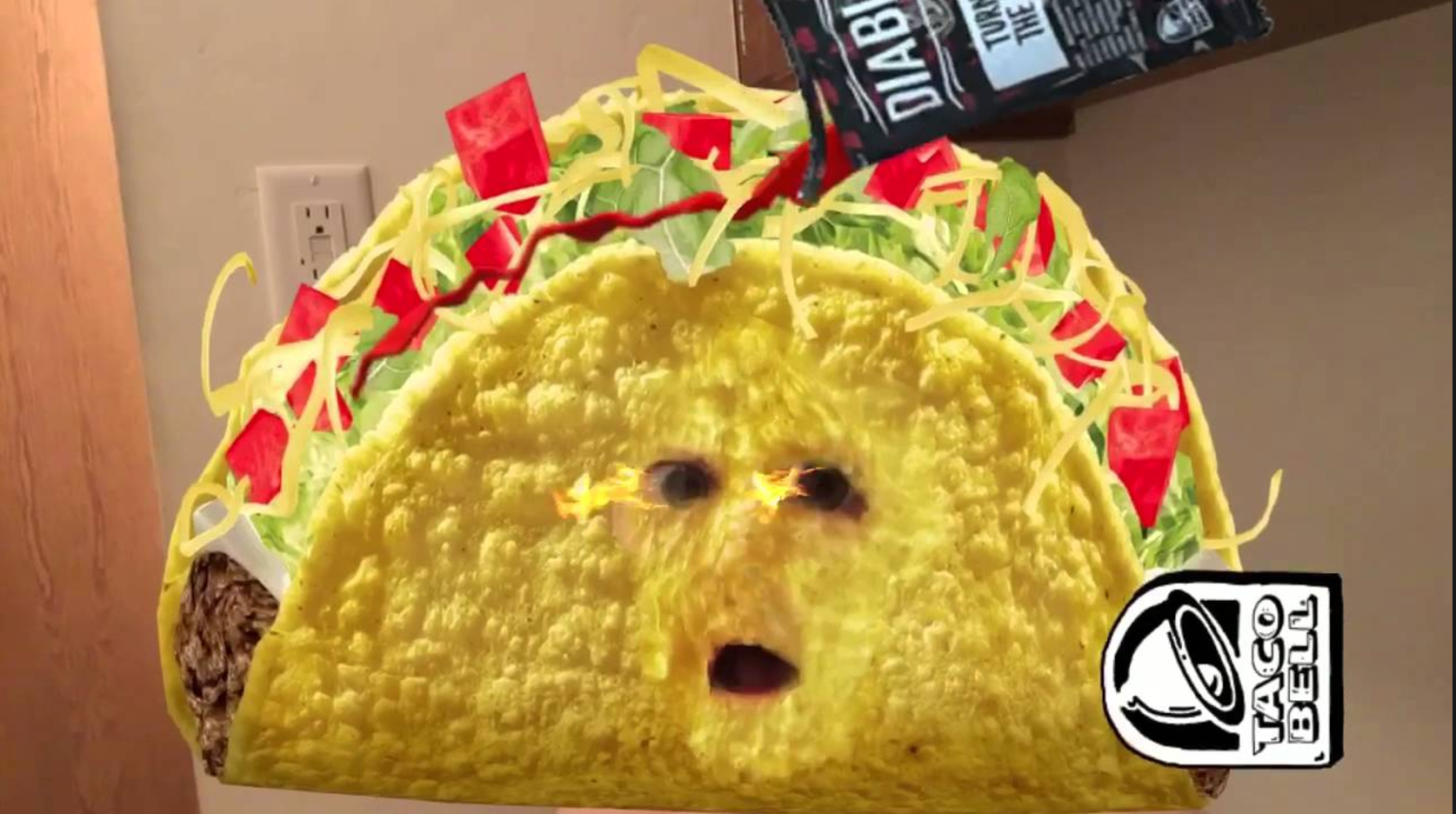 These five trends ruled Millennial and Gen Z marketing in 2016…and will no doubt continue to evolve and impact the coming year.

The ad-skipping generations are bringing new challenges for brands looking to reach young consumers, but this year offered brands a host of new marketing options both online and off. Looking back at the last 12 months, there were some clear stars, areas where brands targeting young consumers have increasingly turned their attention, and those young consumers are being reached. Here’s our break down of five of the biggest youth marketing trends of 2016: 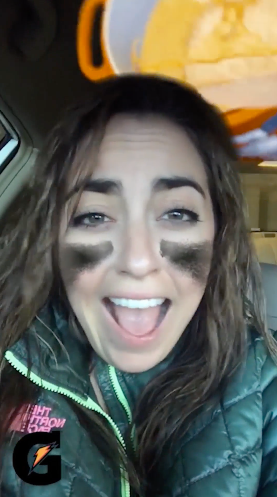 Snapchat’s marketing star was on the rise this year as brands rushed to engage its young and growing user-base—but the platform’s sponsored filters (Lenses) were the real stars of the show in 2016. Snapchat’s custom lenses are getting advertisers to hand over the big bucks, because they’ve quickly become a favorite with Millennials and teens, generating “a couple millions of uses” daily and up to tens of millions in views. Since the first sponsored lens came out last year, a line up of big brands have created their own filters, and many of those branded lenses made a big splash. Gatorade’s Super Bowl themed sponsored Snapchat filter, which let users drench themselves with a digital Gatorade cooler, drove 160 million impressions—more than the 115 million viewers who watched the game. In March, Fox’s Empire Snapchat lens not only garnered 61 million views, it also upped brand awareness for the series by a reported 16 points and increased tune-in intent by 8%. In May, Taco Bell’s Cinco De Mayo sponsored lens, which allowed users to turn their heads into giant tacos, broke the record for most views on Snapchat with 224 million views in one day. Those kinds of high engagement numbers brought entertainment brands running, with sponsored lens takeovers appearing for Batman V Superman, X-Men, and Deadpool, among others this year. We have no doubt that we’ll continue to see a parade of big name brands tap into the sponsored filter trend—which also means those filters need to be more creative and unique to really stand out. 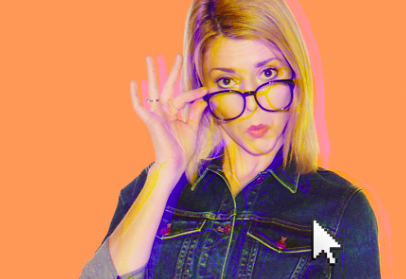 Although controversial to some, influencer marketing isn’t going away any time soon—and 2016 marked the year it went from a niche tactic to a majorly mainstream industry. According to analysis by Chute, 66% of marketers surveyed have an influencer marketing strategy in place, and a new survey by influencer platform Linqia revealed that 94% of marketers across many industries believe influencer marketing to be effective, despite 78% saying that determining the ROI of the approach will be one of the top challenges of 2017. The top benefits cited were creating authentic content (87%), driving engagement (77%), and driving traffic to website (56%). Business Insider reports that brands are “shifting advertising dollars away from traditional media,” and paying digital creators large sums of money to be their new “tastemakers,” tapping influencers on multiple platforms to create sponsored (#spon or #ad) content—and though ROI is difficult to measure, some are reporting positive results. A Women’s Wear Daily report revealed just how advantageous it is for beauty brands to have a blogger or vlogger on their side, explaining that beauty blogger Arielle Charnas generated $17,5000 worth of sales for Peter Thomas Roth’s gel masks in one day and $13,500 of sales for Yves Saint Laurent Mascara in another thanks to her Snapchat sponsored posts. AT&T’s Hello Lab, launched earlier this year, gives top social influencers the ability to create engaging and interactive projects with very little brand messaging. As a result, AT&T has reportedly seen “huge positive impact on brand metrics” from fans who have watched the content this year, who have “also begun to see AT&T as more innovative and as a brand they might actually use.” Honest Tea has been working with influencers across social platforms who “naturally like [their] brand,” and according to Brandwatch they’ve been able to achieve a positive social sentiment of 95%. An entire industry has been created around connecting brands across industries with the right influencers and creating the right kind of content, and it’s continuing to grow. This year, YouTube took a major step in supporting creators with the purchase of influencer marketing network FameBit. They explain, “We believe that Google’s relationship with brands and YouTube’s partnerships with creators, combined with FameBit’s technology and expertise, will help increase the number of branded content opportunities available, bringing even more revenue into the online video community.” The next phase of influencer marketing, now that it’s become the norm, may be the micro-influencer, those creators with smaller followings, but higher levels of engagement and audience trust. 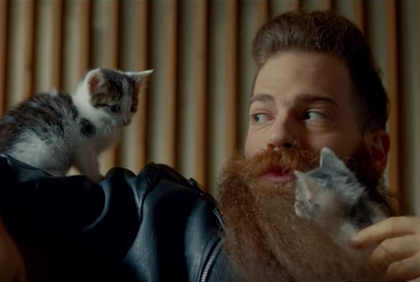 In our Genreless Generation trend, we reported that Millennials and post-Millennials are more comfortable with blending and bending gender, with 78% saying it’s ok for girls to be masculine and guys to be feminine. These young consumers are ushering in things like gender neutral homecoming courts, and fueling a general broadening of gender definitions, and more brands are responding by ditching gender stereotypes and labels in store aisles and ads, or breaking out of “old constructs” in marketing, and leaving gender-specific tactics in the past. Even those brands with a past rooted in old ideas of what guys like (boobs, beers, bikinis, etc.) are leaving old ideas of masculinity behind and testing new strategies to appeal to today’s men—including Axe, which introduced an entirely new approach with their “Find Your Magic” campaign, showing a broad, inclusive range of what young males can be interested in and look like. More recently, H&M took a similar approach for Millennial women, showing a range of femininity—women in dresses with shaved heads, legs spread on the subway, with strong muscles, unshaven armpits, and more. For a generation that believes that gender exists on a spectrum, celebrating that spectrum is a huge positive, and the ad hit the mark with the young female consumers. But other marketers and brands are taking gender blurring even further, not only showcasing a spectrum of what each gender can be and do, but pushing gender boundaries and taking a step into a “genderless” future. Last year, gender-blurring marketing was relatively new—but more big name brands have tapped the trend in 2016. In January, post-Millennial influencer Jaden Smith was cast as a model in a Louis Vuitton women’s wear ad, proudly wearing a skirt from the new collection, and in November, CoverGirl introduced their first ever CoverBoy James Charles, a 17-year-old influencer and makeup artist, who first made headlines when his “seriously flawless” senior portrait went viral on Twitter. 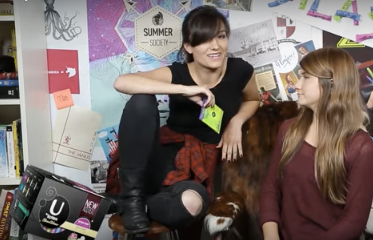 As the reach of traditional marketing continued to weaken, and young consumers spent more and more time behind non-TV screens, the world of sponsored content heated up significantly this year—and it’s also producing results. A recent Nielsen analysis found that branded content generates 21% more brand recall than a pre-roll ad, and is giving brands a boost in perception: affinity for branded content averages 28% in comparison to 18% for pre-roll, and purchase intent is 14% for branded content compared to 11% for pre-roll. The analysis also found that 40% of consumers say they “probably will” or “definitely will” view branded content on future TV/video episodes. Another recent study found that while 71% of content marketers believe brands are not investing enough on video, over half of senior level marketers have plans to increase the amount spent on video over the next 12 months. The space will clearly continue to develop, and in 2016 we saw its first real growth spurt. As just a sampling, this year we highlighted branded online series Carmilla, sponsored by U by Kotex and Shick Quattro for Women, which earned more than 36 million views over its first two seasons, Barilla Pasta’s new series featuring YouTube celebrity Hannah Hart, and Hilton’s 10-part web series Like a Tourist. AwesomenessTV reports that their popular series Royal Crush—which takes place on a cruise ship and is sponsored by Royal Caribbean—is 30% more efficient than TV marketing. As more brands open up to sponsored video content, more media companies are rushing to help them. We spotlighted Vice as a leader in the space: their 24-hour cable network Viceland is hoping to “to rewrite the rules of TV programming and advertising” with a focus on branded and sponsored content that reflects Vice’s “provocative” tone. These sponsored spots are created by the new Vice Labs group, which we can assume will continue to innovate the sponsored content space. This year, NBCU also launched their own studio for branded content to use the network’s “talent, data, distribution, and scale,” to produce content that fits the platform it will live on, whether “a short-form YouTube series, a separate Snapchat activation, a podcast [or] linear spots.” 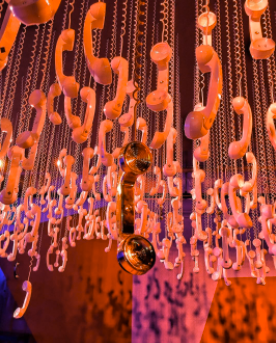 Nine out of ten 13-33-year-olds say they would rather share a picture of an event on social media than new clothing/accessories. This preference is proving lethal for some retailers, but it’s also inspiring a whole new era of marketing. Our most recent Ypulse Quarterly report includes the trend Experiencification, the in-vogue tactic of turning your brand or product into an experience to be more alluring to young consumers. From creating themed pop-up events to experimenting with immersive retail environments, brands across industries are trying to capitalize on their craving for experiences. In the short time since that report’s release, we’ve only seen examples of experiencification grow. Branded events like Refinery 29’s 29Rooms and The Museum of Ice Cream were designed to give young visitors Instagrammable experiences, Barnes & Noble is turning to food to save its business, opening “hybrid bookstore/ restaurants” across the U.S. where bookshelves will blend into full-service dining areas, Sunglass Hut is luring Millennials in-store with the promise of the perfect selfie, building a the “bling wall” made up of 150 dancing LEDs to light up selfies that young consumers are encouraged to share on social media. Toy R Us’s “Store full of Awesome” holiday strategy was built around experiences, including portraits with Santa minus the wait and a one-day toy testing event where kids could watch live demonstrations of some of the season’s hottest toys. Airbnb is offering “sponsored promotional getaways” for brands targeting experience-seeking young consumers, which have so far included a night at an indie Brooklyn record store supported by Sonos electronics, a sleepover at a Van Gogh-inspired bedroom through a partnership with the Art Institute of Chicago, and a “SteakCation” at a Taco Bell in Ontario. Recently, Adidas opened a four-floor flagship in NYC that resembles a high school sports stadium where consumers can watch live games from bleachers, visit “The Turf” and “The Track” to test out products, get consultations in personal fitness, or grab a juice and snack to get the full athlete treatment. That’s just a few of the brands who bet big on experiences this year, and as online shopping grows, expect the number of brands looking to “experiencify” their locations and products to grow as well.