The Big Marketing Trends of the Big Game 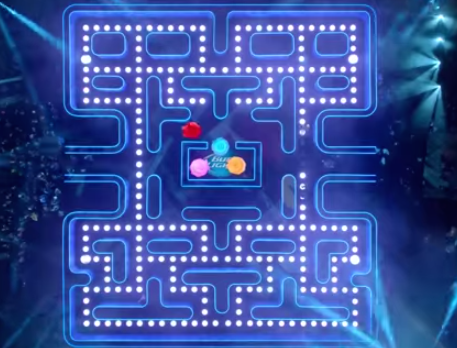 The day after the biggest marketing event of the year, we look at the night as a whole to identify the highs, lows, and the major marketing trends of the big game.

It’s no secret that the Super Bowl draws in viewers because of the big-money marketing taking place during the big game, but at this point more Millennials might be tuning in for those commercials than they are for the plays. According to the LA Times, “55% of Millennials surveyed said they consider the Super Bowl to be a social or entertaining spectacle as opposed to a sporting event. A third of Millennials would prefer a boring Super Bowl with great commercials versus a great game with boring commercials.” Boring game it was not, and while there might not have been many marketing surprises—especially in a time when so many release their ads ahead of time—there were certainly some major marketing trends apparent last night. Once again, we’re recapping the big game by looking at the night as a whole and sharing the trends that rose to the top during four hours jam-packed with ads. 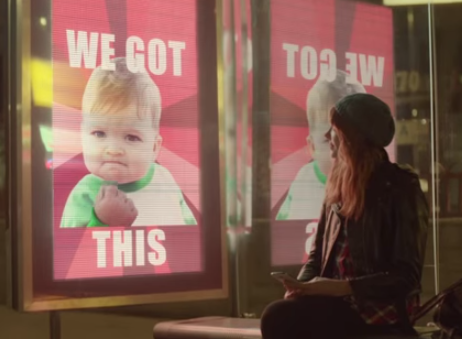 1. ALL THE GOOD FEELS

Many of last night’s ads were tearjerkers—some a little too sad for viewers to handle. But a counter-trend to the sad and heart-wrenching were ads that pushed positivity. McDonald’s “Pay with Lovin'” spot promoted the chain’s current campaign allowing customers to pay for their burgers and fries with acts of kindness and love. While the campaign itself has gotten mixed reviews, the Super Bowl commercial was a feel good moment that currently has over 3 million views online. Featuring kids calling their moms to say “I love you,” guests hugging and high-fiving, and other positive displays, the spot showed McDonald’s repositioning and their clear desire to appeal to optimistic Millennials. Coca Cola’s ad was also all about positivity, showing messages of bullying and anger being transformed to love by Coke, and the slogan “The world is what we make it” and hashtag #MakeItHappy rounding out the upbeat story. We’ve noted before that for a growing number of Millennials, snark is being phased out, and going negative is increasingly looked down upon. They want their peers, entertainment, celebrities, and brands to take that Millennial positivity to heart and Play Nice, and these brands certainly put that messaging front and center. 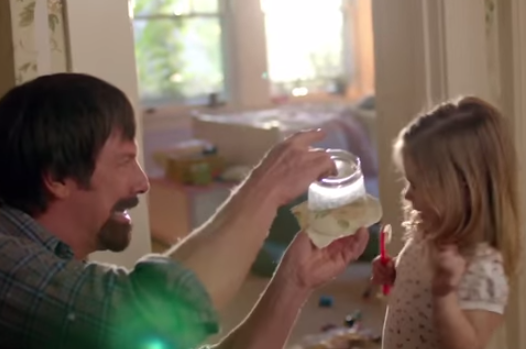 There is no question that dads were the MVPs of this year’s Super Bowl marketing. Several brands aired ads that were homages to fatherhood, celebrating the role of dads or telling father-kid stories. Nissan’s “With Dad” ad showed a racecar driving dad’s relationship with his son over time, as “Cats in the Cradle” played as a soundtrack. (Is there any more of a tear-jerker song in existence?) As planned, Dove re-aired their “#RealStrength” commercial declaring that care makes a man stronger, and Toyota Camry’s “My Bold Dad” told viewers that, “Being a dad is more than being a father, it’s a choice to be bold when others are scared, a choice that says you’ll be there and show them right from wrong.” *Sob!* Thousands and thousands of Millennials are becoming parents every day, and we’ve told brands before that for this generation it’s not just about moms—dads need to get the recognition as caregivers as well, and those brands that tip their hat to dad, or show his active roal in child-rearing, are generally earning their kudos and attention. 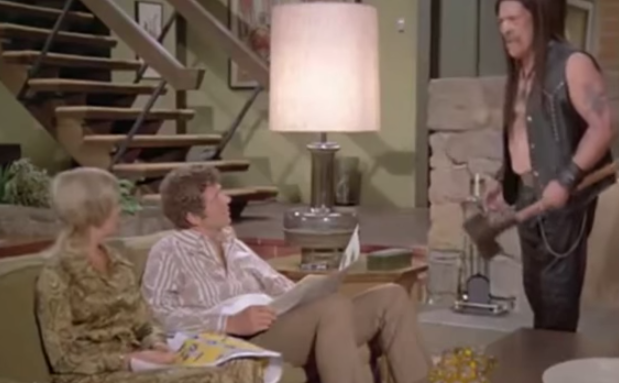 Several brands leaned into nostalgia for their ads, a generally surefire Millennial-pleaser. Bud Light’s #UpForWhatever ad sent an unsuspecting beer drinker into a real-life PacMan board, complete with ghosts, cherries, and those classic PacMan sound effects being played for a massive partying crowd. PacMan is a clear nostalgia point for kids of the 80s, and making the game into a full-blown experience was a clever way to appeal to young viewers. Snickers got even more throw back with their “very special” Brady Bunch ad, which recast Jan and Marsha with Danny Trejo and Steve Buscemi. The nostalgia here worked with multiple generations—while Millennials certainly didn’t grow up watching The Brady Bunch, many of them did grow up with the Brady Bunch spoof movies, and know that “Marsha, Marsha, Marsha” line as well as their parents. 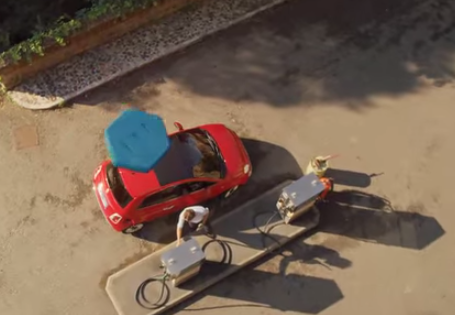 4. THE DECLINE OF SEX SELLS

Last year, we said playing down sex appeal was one of the big marketing trends of the Super Bowl, and this year that pattern continued. Most ads that referenced sex did so in a playful way—like Fiat’s silly Viagra plot in their “Blue Pill” spot. Go Daddy, which has been known for their sexy ads in the past, aired a spot cheering on a hardworking guy at a desk. (Of course, they pulled their original ad, but that too was sex-appeal free.) Those that did rely on old-fashioned, girl-in-a-bikini sex appeal stood out—but not necessarily in a good way. Carl’s Jr.’s ad, which didn’t veer from their traditional bombshell eating a burger story, was deemed sexist by more than a few, and the ad landed on a few lists of the worst marketing of the night. This is of course a huge shift from the days when bathing-suit clad models were par for the course during the big game, but aligns with something we’ve been saying for some time: blatant “sex sells” appeals don’t necessarily work for Millennials, who have already seen it all, and are more sensitive than previous generations might have been to perceived objectification. In our last Quarterly trend report when we asked Millennials what aspects make them want to buy from brands, only 8% said “uses sex appeal” versus 66% who said “has a positive message.”