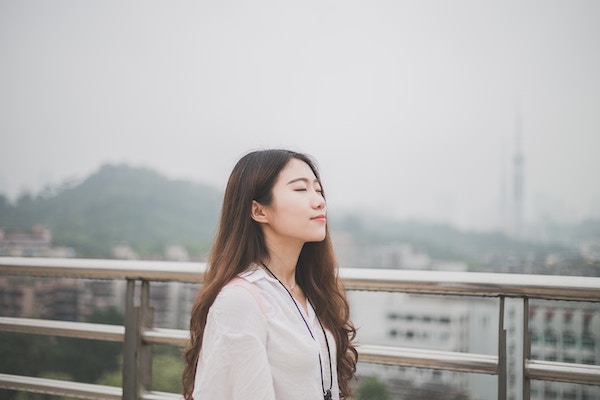 In an age of anxiety, over half of young consumers are doing this to relieve stress (and it’s not meditation)…

There’s no getting around it—young consumers today are anxious and stressed out. More than seven in ten 13-36-year-olds tell YPulse they feel anxious about the future, and 52% say they feel constantly stressed. What’s more, a recent study from researchers at San Diego State University found that the percentage of teens and young adults reporting mental distress and depression has risen significantly over the past decade—52% among teens and 63% among young adults.

Like many researchers, the San Diego State study correlated the rise in depression with the rise of social media, a phenomenon young consumers themselves are well aware of. In fact, in our trend Unplugged, we found Millennials and Z’s starting to question how much of their lives tech is taking up and taking measure to digitally declutter as part of their mental health maintenance, from prioritizing IRL experiences and social interactions to trying their hand at device usage limits and diving into the world of digital detoxing. This has also led to the rise of the self-care boom—our Treat Yo’Self research found that 95% of 13-36-year-olds believe that self-care is an important part of a healthy life, and indulgences are being encouraged as they increasingly buy into the message that little luxuries (think baths, baking, and witchcraft) are good for their mental health.

And while there’s no denying that the current state of the world is a stressful place for young consumers (and, well, everyone), Millennials and Gen Z are highly aware that it’s in their best interest to find ways to slow down. In our trend In Their Heads, which examined how these generations are finding balance and calm, over eight in ten young consumers told us they’ve noticed that people are making mental health more of a priority, and 95% of young consumers agreed it’s important to take time to focus on your happiness and mental wellbeing.

This drive for mental health is manifesting in a multitude of ways—both IRL and on their devices. From charting their emotions and learning about mindfulness to marrying tech with meditation, their desire to de-stress has led to some unexpected new trends. When you scratch beneath the surface, it turns out that some big internet and offline trends are at least partially motivated by young consumers’ desire to relax and/or escape stress. Take slime, the rise of ASMR, and adult coloring books as just a few examples. Though they may seem unrelated and niche, they share a common thread of providing mini mental breaks, and many are described as ”satisfying” or ”relaxing AF.” When we asked 1000 13-36-year-olds about stress-relieving activities like these, here’s what they had to say: 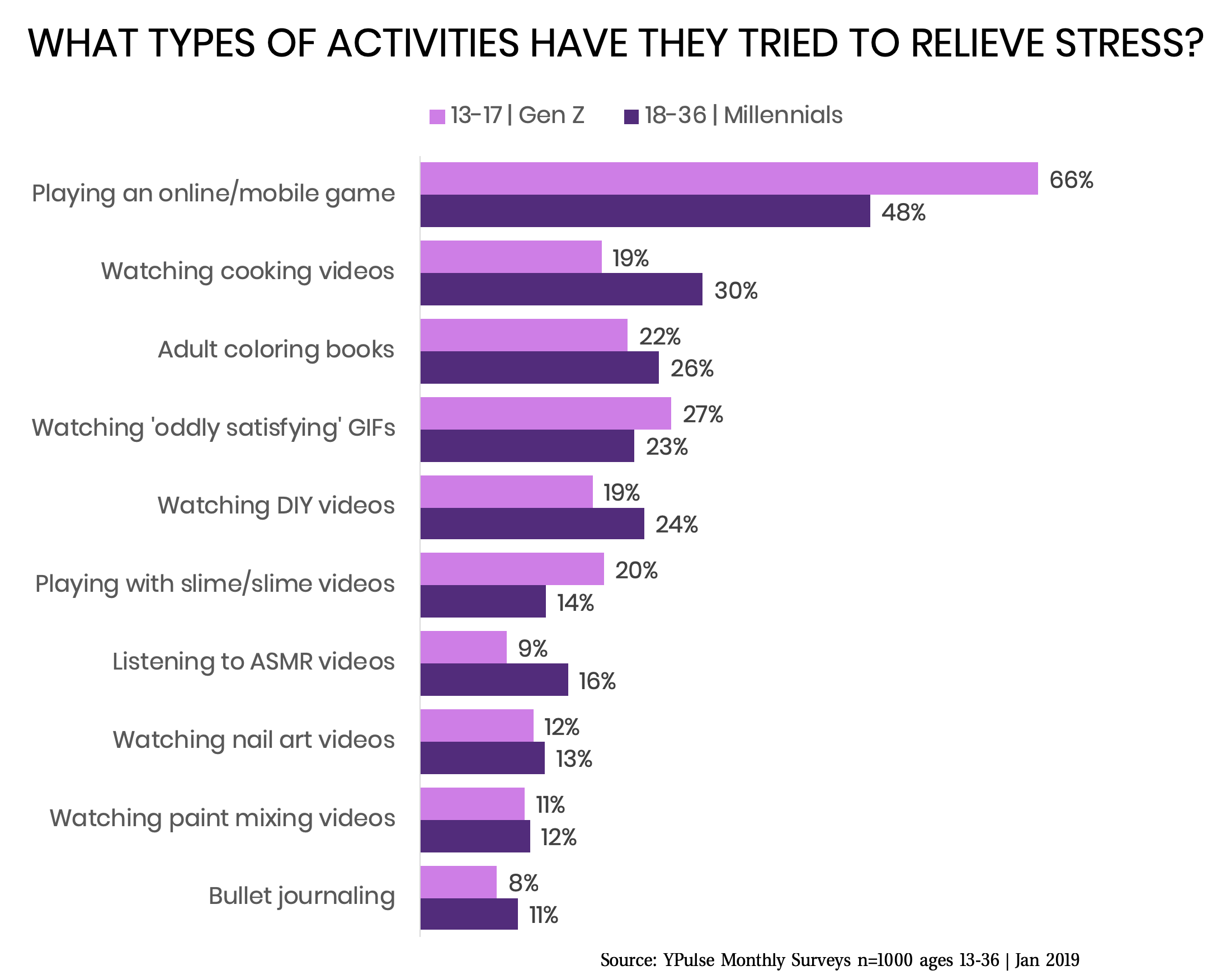 Let’s start by mentioning that just 18% of 13-36-years told us they haven’t tried any of these activities to relieve stress, which means the vast majority of young consumers are tapping at least one of these anxiety-calming trends for the sake of their mental health. And the number one stress relieving activity out of these? Gaming. Over half (52%) of 13-36-year-olds overall tell us that they have played an online or mobile game specifically to relieve stress. Video games can act as a form of therapy for stressed-out teens and young adults. While video games often get attention for being violent, therapeutic experiences are being overlooked. Playing games can be their way of tuning out the world: In our trend The State of Gaming, 76% of 13-36-year-olds who play video games say that games are a way for them to escape, and 54% think video games can be effective in treating pain or anxiety.

Many are likely considering playing their favorite games (from Animal Crossing to Pokémon Go) as a form of mental self-care, but games specifically designed to relieve anxiety are also on the rise. Mobile game #SelfCare has players staying in a virtual bed for the day and performing “calming tasks,” like reading, watering a plant, or organizing laundry. Monument Valle is a visually pleasing game that has users navigating puzzles reminiscent of M.C. Escher’s optical illusions, all set to the game’s calming chimes and beeps for maximum chill, and Prune is a simple game that puts users in charge of a virtual bonsai tree, prompting you to “cultivate what matters” and “cut away the rest.” In all, self-care apps like these are surging in popularity and raking in profits—the top ten brought in a total of $27 million in 2018, according to Sensor Tower.

Gen Z is even more likely than Millennials to play games to relax, according to our data, with almost seven in 10 13-17-year-olds saying they do so. This isn’t the only difference between the generations that we see. Millennials are far more likely to be watching cooking videos to relieve stress, and when it comes to ASMR, Millennials are nearly twice as likely to have listened to some soothing whispers than Gen Z. Meanwhile, the younger cohort is more likely to have made slime or watched slime videos as stress relief. This is no surprise—homemade slime has been called a “tween-dominated” market and has accumulated millions of #slime Instagram posts and YouTube tutorials. The trend grew so popular last year that stores were struggling to keep glue (the number one ingredient) on shelves and Elmer’s had to up its production—and we’re seeing no sign of the trend slowing down. As one of the most-followed DIY slime-makers told YPulse, “Kids are so busy these days…slime gives them the stress relief needed to just slow things down for a moment.”