How Millennials are Celebrating This Thanksgiving, In 5 Stats 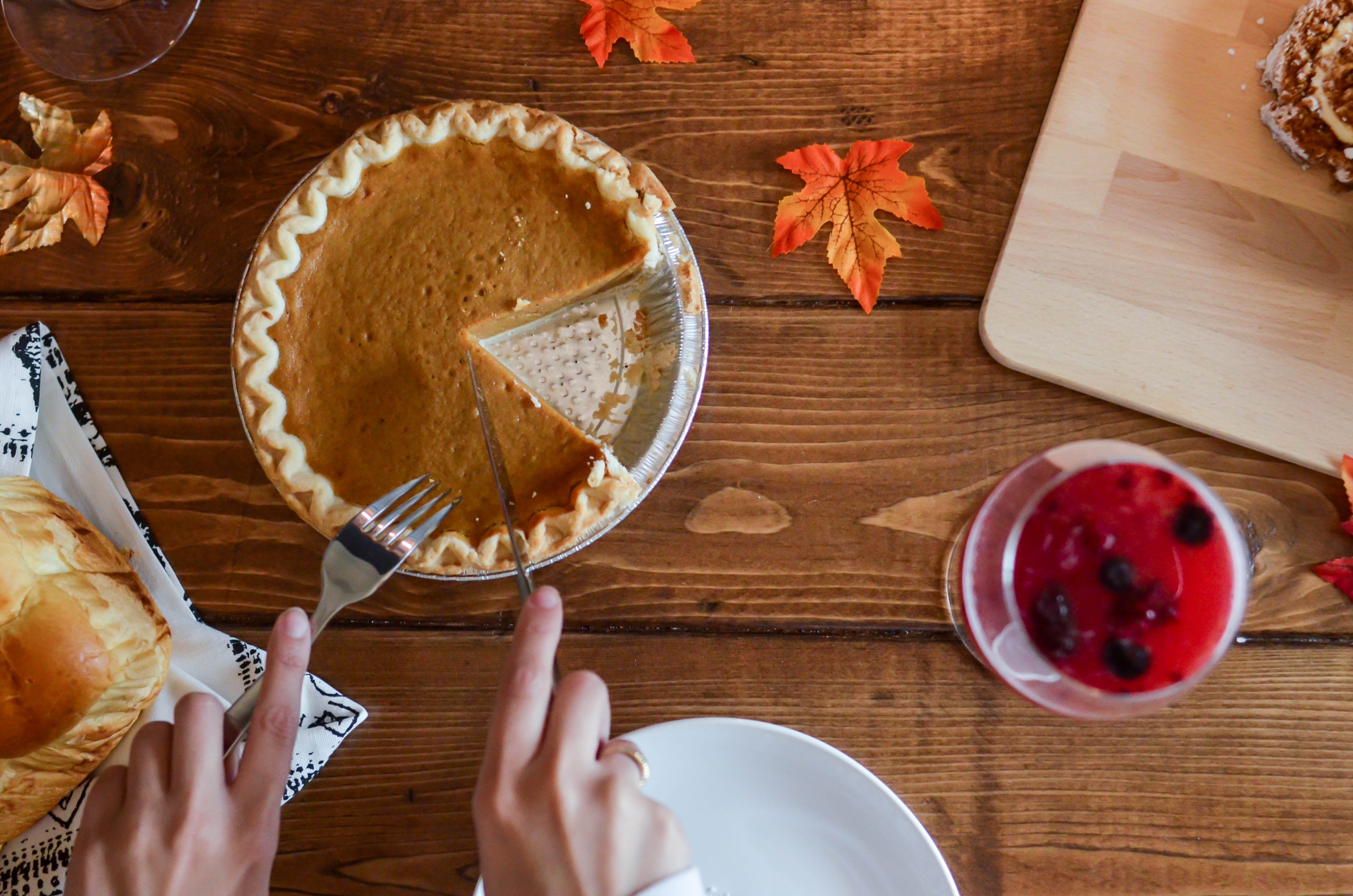 How many Millennials will be cooking up a storm this Thursday—and what else will they be up to? As the generation starts to take the spot at the head of the Thanksgiving table, or set up their own Friendsgiving dinners, we’re keeping tabs on exactly how they’re celebrating…

It’s Thanksgiving week, and some brands have been pulling out all the stops to put a fun spin on the holiday—and get Millennials’ attention. Though they made for great viral content, we aren’t sure that Hot Cheetos and Cool Ranch flavored turkey recipes or Stove Top Thanksgiving Dinner pants will become new traditions for the generation—but we do have a good idea what they’ll actually be doing this Turkey Day.

Ypulse’s Thanksgiving survey and Topline Report asked Gen Z and Millennials all about their Thanksgiving plans to prep brands on what young consumers want to buy, do, and spend—and how they might be shaking up traditions—for the holiday. We found that over two in five 18-35-year-olds plan to celebrate Thanksgiving this year, and about a third of Millennials also say they will be hosting friends/family for the day. We told you about young consumers’ favorite Thanksgiving foods (turkey isn’t the star of the day for all Millennials)—and now we’re dishing up the details on how they plan to spend the day of thanks, in five stats: 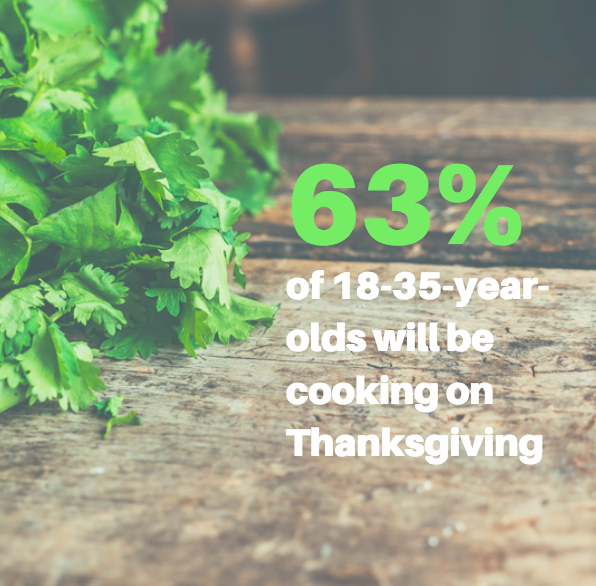 1. Three in five Millennials will be cooking on Thanksgiving Day. 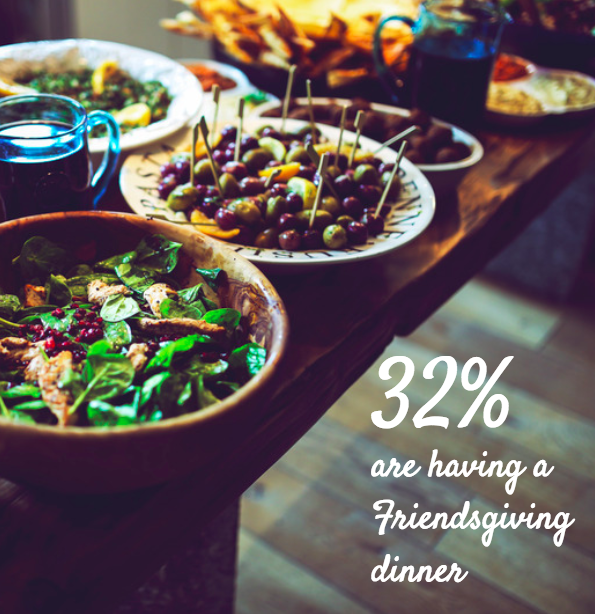 2. Almost a third are having a Friendsgiving dinner.

Ypulse has been tracking the Friendsgiving trend for years, watching as Millennials have fueled their own spin on Thanksgiving, and as brands have gotten on board to tap into the new opportunity. As we reported last year, the tradition was invented by young consumers on college campuses and urban friend groups, but has become more and more popular in recent years. There are no real rules around what Friendsgiving entails—the Millennials we interview mention everything from game nights to drunken potlucks. Regardless of what the gathering might look like, the overall theme for all is doing things the way they like. No rules, just fun—and for some, an escape from family judgment. According to our monthly survey data, Friendsgiving participation has grown steadily, from 21% of 18-32-year-olds planning to celebrate in 2014 to 27% of 13-33-year-olds in 2016, and 32% of 18-35-year-olds this year. 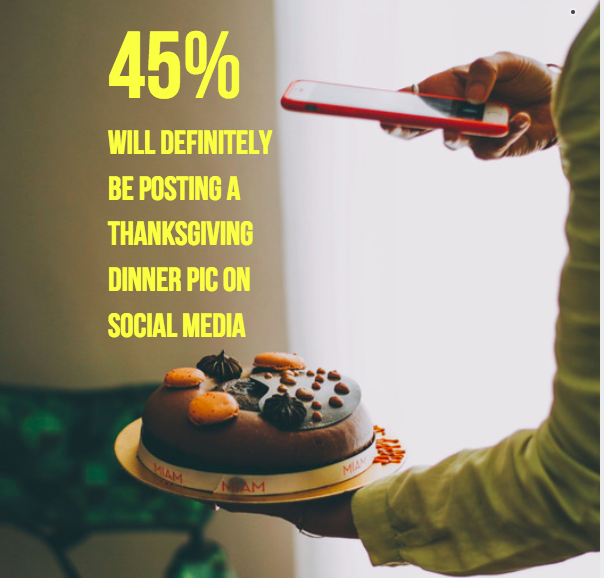 3. Almost half will definitely be posting a Thanksgiving dinner pic on social media.

If you don’t post your Thanksgiving plate to Instagram, does it even count? It’s the age of Instagrammability, and a holiday centered around food (38% of 18-35-year-olds agree with the statement “Thanksgiving is all about the food, not about ‘giving thanks’”) is bound to turn into a social media moment. Almost half of Millennials tell us they will definitely post a Thanksgiving dinner pic on social media, with 30-35-year-olds the group most likely to admit they’ll be doing so. Prepare for a feed full of food. 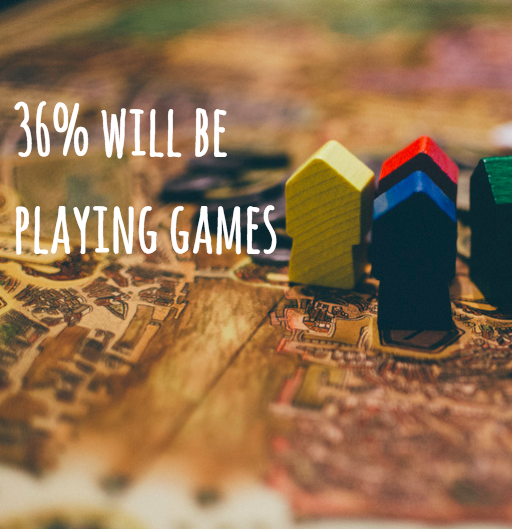 4. Almost two in five will be playing games.

They might be on their phones posting those perfectly constructed plate pics, but that doesn’t mean that all of Millennials’ Thanksgiving day pastimes will be on a screen. In fact, 36% of 18-35-year-olds tell us that they will be playing games as part of their holiday celebrations. Millennials are bringing back analog pastimes, and games are one of them. According to Euromonitor International, global sales of games and puzzles have gone from $9.3 billion in 2013 to $9.6 billion in 2016, with much of the growth driven by Millennials’ nostalgic behavior and need for affordable entertainment. More Millennials reported that they planned on game playing for Thanksgiving than those who planned to play sports or exercise, and game playing tied up with watching football and the Thanksgiving Parade. 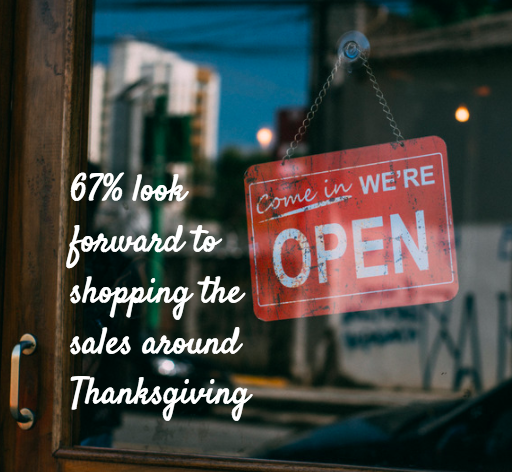 5. Seven in ten look forward to shopping the sales around Thanksgiving