The Rise of Friendsgiving: A Very Millennial Holiday 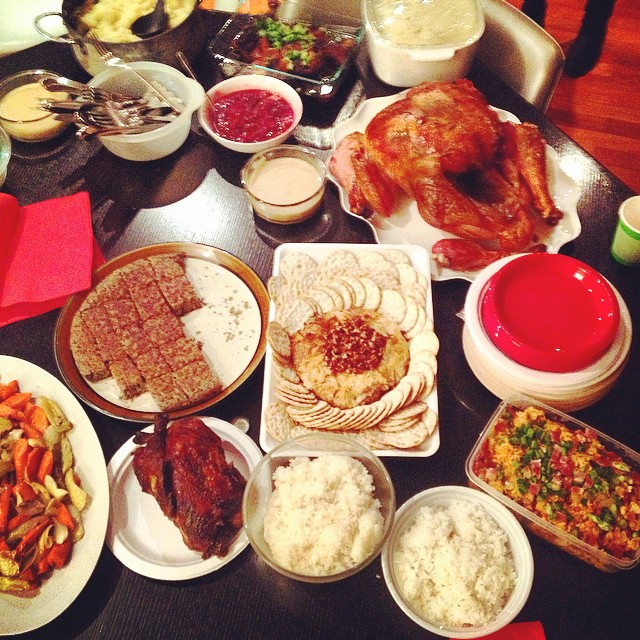 In 2013, we wrote about the rise of Friendsgiving, and the Millennial motivations behind the holiday. The tradition is not only continuing, it’s getting stronger. In our most recent monthly Millennial survey, we found that 21% of 13-32-year-olds, and 26% of 21-24-year-olds say they will be having a separate Thanksgiving meal with friends before or after Thanksgiving day (aka “Friendsgiving”). So today we’re revisiting and updating our Friendsgiving insights to keep you up to date on a holiday Millennials have embraced and brands are paying more attention to. 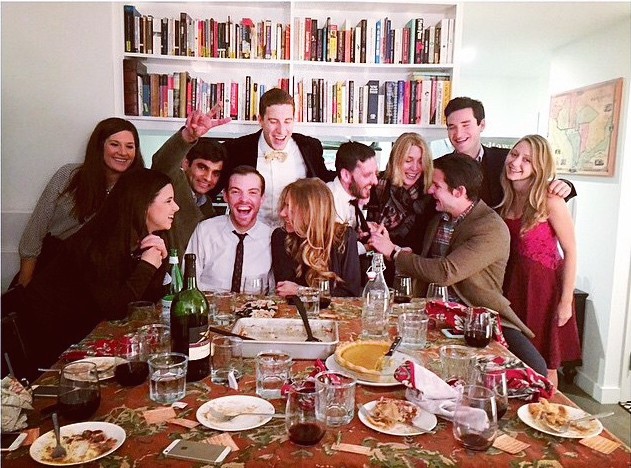 THE RISE OF FRIENDSGIVING: HOW MILLENNIALS HAVE INVENTED THEIR OWN HOLIDAY

It has all the trimmings of a Thanksgiving feast, but none of the family drama. Welcome to the age of Friendsgiving. Millennials in the U.S. are embracing a new version of the fall tradition, gathering with friends for their own turkey feasts and creating their own holiday in the process. The phrase has even made it to Urban Dictionary. The new holiday has taken over college campuses and urban friend groups alike, and is starting to become an important ritual for many Millennials.

The rules around Friendsgiving are not hard and fast. For some, the holiday replaces Thanksgiving, especially if they are stuck at home, in dorms, or abroad, and aren’t able to make it to their family festivities. Friendsgiving celebrations have been thriving on college campuses, where students might not have the time or money to travel. But for others, Friendsgiving is being added to their schedules in November in the weeks before or the days after their regular Thanksgivings. So if they are already getting their regularly scheduled serving of turkey and pie, why is Friendsgiving becoming a thing?

Some attribute the origins of the holiday to TV shows like Friends, which Xers may feel ownership over, but Millennials grew up watching avidly in both live seasons and massive amounts of repeats.On this and other friend-group-focused shows, holidays were celebrated with friends as a replacement for family, and might have served as inspiration for the generation. One 27-year-old female Millennial told us, “It started because of the TV shows Friends and How I Met Your Mother—friends are like family. [There are] less traditional foods, more alcohol, more games.” 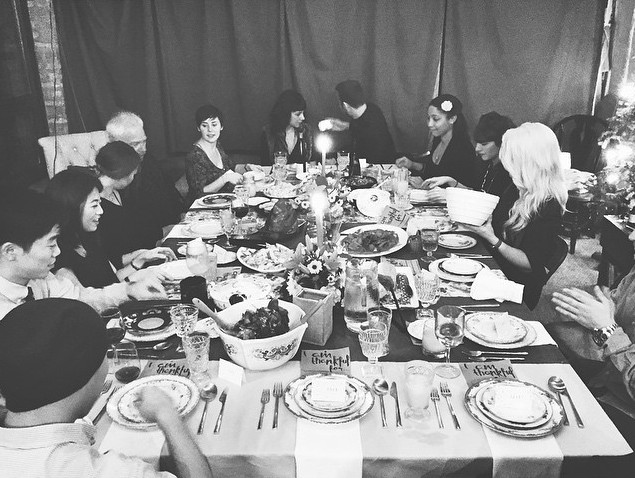 It might sound like a cliché explanation, but Millennials’ group mentality probably has a lot to do with the new holiday. That idea that friends aren’t just friends, but another form of family truly resonates with them. As one student newspaper put it, “Not only does Friendsgiving give students the opportunity to be thankful for their second family at school, but it also removes the inevitable awkward moments that come with any family holiday…Have a Friendsgiving. Celebrate both of your families.” Friendsgiving solidifies a friend group or a clique and makes the people in that group feel special, and more like family. On top of that, the holiday is collaborative and communal—usually celebrated potluck style and often thrown by multiple friends. Friendsgiving is also a way for Millennials to feel ownership over the holiday while they are transitioning into adulthood—at home, they may be shooed out of the kitchen, but Friendsgiving is their own event. 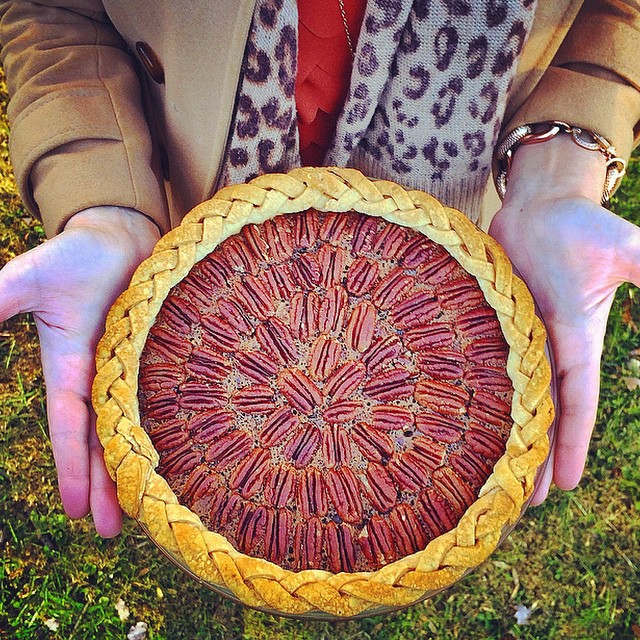 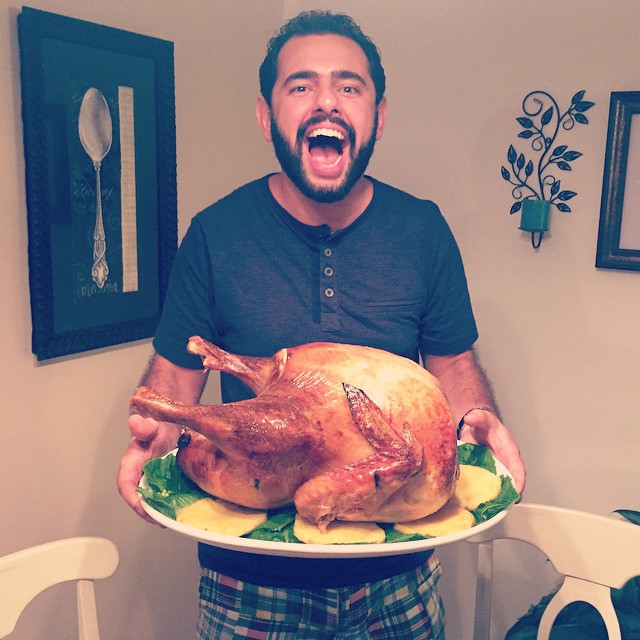 Blog posts on why Friendsgiving is better than Thanksgiving are also not hard to find. The family drama and stress of Thanksgiving is taken out of the equation. Millennials who cook Friendsgiving meals feel they can be more creative with their food and less constrained by the traditions they have to follow at home—and for a foodie generation, that is a big plus. Finally, booze plays a bigger role. Drinking with friends is more fun than drinking with family—which for most can be weird or looked down on— and “unlike at Thanksgiving, you’re encouraged to have a little buzz at Friendsgiving.”

When we asked Millennials about their Friendsgivings, we heard about fun, games, craziness, “lots of wine” and “nontraditional” traditions like playing video games and eating unexpected dishes. One 23-year-old Female told us, “That’s when we do our holiday gift exchange, we gather for a meal drinks and good time and we always watch Mean Girls.” A 28-year-old male describes a digital-distraction-free gathering, “We…have a bonfire and play games. Absolutely no technology all night then if it’s clear we bring out a telescope and watch the sky.” Some say they’ve been hosting a Friendsgiving feast for years, and regardless of what the gathering entails, the overall theme for all is doing things the way they like. No rules, just fun. 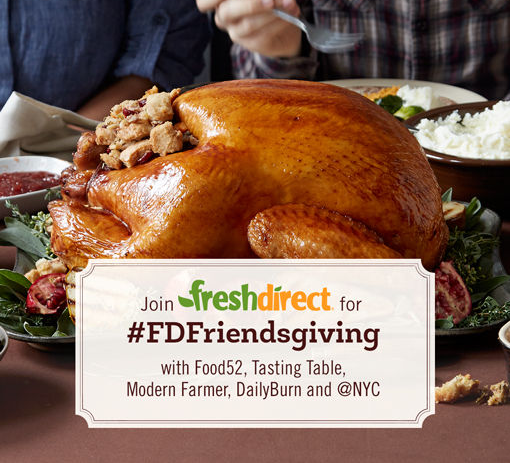 Brands have started to take notice of the Friendsgiving takeover. Last year, Taco Bell invited social media friends to attend their own Friendsgiving feast—which was then broadcasted by the attendees and brand host over their Twitter and Instagram accounts. Whole Foods posted some Friendsgiving dos and don’ts on their company blog.

In 2013, we predicted that the brand attention around the holiday would increase as Friendsgiving continues to grow for Millennials who want to keep tradition alive—and get two servings of pie in one week. This year, we’ve seen that prediction come true: Paperless Post has expanded its collection of Friendsgiving invitations for its young users to send out. FreshDirect ran a #FDFriendsgiving campaign along with popular food blogs, throwing their own Friendsgiving feast and then providing shoppers with the recipes to the dishes that each food-expert guest contributed. USA Today and Business Insider are among the publications who have covered the Friendsgiving phenomenon. It looks like Friendsgiving is here to stay, and this Millennial-driven holiday is becoming a part of the mainstream seasonal landscape.