Millennials respond to the claim that they hate groceries, the beauty space is becoming more inclusive of men, Lord & Taylor bets on fast fashion to draw in young consumers, and more stories to check out before the weekend… 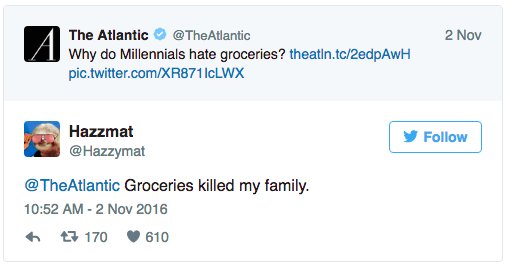 The Atlantic recently asked the question on Twitter, “Why Do Millennials Hate Groceries?” The linked story covered data that showcased a spending shifting from grocery stores towards restaurants and bars—a trend that is being driven by both Millennials and their parents. Don’t miss how in an attempt to make sense of original claim, many are taking to Twitter to call out the publication and make a few jokes in the process. Tweets included “Groceries killed my family,” “Yeah, those groceries. Look at them. Sitting there all smug. Boy, I hate groceries,” and “we don’t hate groceries as much as we hate think-pieces about millennials.” Understanding young consumers’ approach to grocery shopping is becoming more important, and we recently covered just how they walk down the food aisles.

2. Beauty Space is Expanding for Men

Gender is in flux as Millennials and post-Millennials become more comfortable with blending and bending the concept. In response, more brands are ditching gender stereotypes and labels in store aisles and ads, or breaking out of “old constructs” in marketing, and leaving gender-specific tactics in the past. Don’t miss how one start-up site aims to make the beauty space more inclusive, by publishing stories for men on how to style dreadlocks or put on highlighter.  Very Good Light, started by a former Mashable reporter, is mostly targeted towards male teens because they’re “genderless, sexually fluid and entirely unafraid of expressing themselves in any way they find fit.” 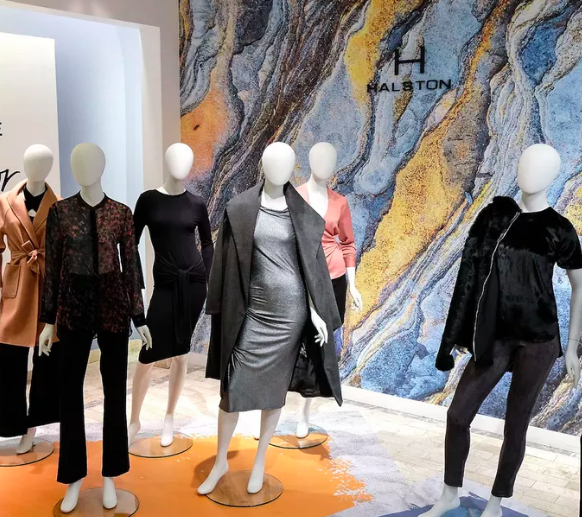 In ten years, Lord & Taylor will be celebrating its 200th anniversary, but brand history isn’t valued by young consumers like it used to be. Luxury brands are now looking towards the future, majorly shifting strategies to attract the generation that has the potential to be the largest spending group in history. Lord & Taylor hopes their “faster fashion” initiative will keep them relevant with young trend chasers. Don’t miss the retailer’s new plan to schedule more frequent deliveries on a weekly basis for merchandise of three new exclusive lines: IMNYC Isaac Mizrahi, H Halston, and Highline Collective. 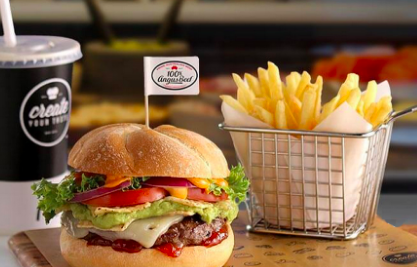 4. McDonald’s Pulls the Plug On “Create Your Taste”

Millennials are opting to spend on experiences over materials goods, and dining out is one area they are not skimping out on. However, our research has found that fast food chains may be in danger with the group, since 36% 18-33-year-olds report that they’re visiting fast food restaurants less often compared to last year. Many fast food chains have undergone major renovations to attract the experience-seeking young consumer, including McDonald’s “Create Your Taste” menu that allowed customers to order from a touch-screen kiosk and build a burger from more than 30 ingredients. But don’t miss how the brand recently had to pull the plug on the tech, because according to franchisees it “targeted an upscale customer that McDonald’s shouldn’t be going after.” Long wait times and expensive prices prompted consumer complaints and the end of the program.

5. LGBTQ Is Now Overrepresented On TV

There is no doubt that Millennials and teens are more open about their sexual orientation than previous generations, and more likely to see sexuality as a spectrum. The desire for LGBTQ representation in the media is a big part of the new era of inclusive marketing. It’s not just about skin color anymore; it’s also about size, disabilities, gender, and sexuality. Don’t miss how there are now more LGBTQ characters on TV than ever. According to GLAAD, 4.8% of series regulars on primetime broadcast TV during the 2016-2017 season are LGBTQ, exceeding the percentage of LGBTQ in the U.S. population which is 3.8%. GLAAD also revealed that trans representation on broadcast, cable, and streaming has also doubled during the season.