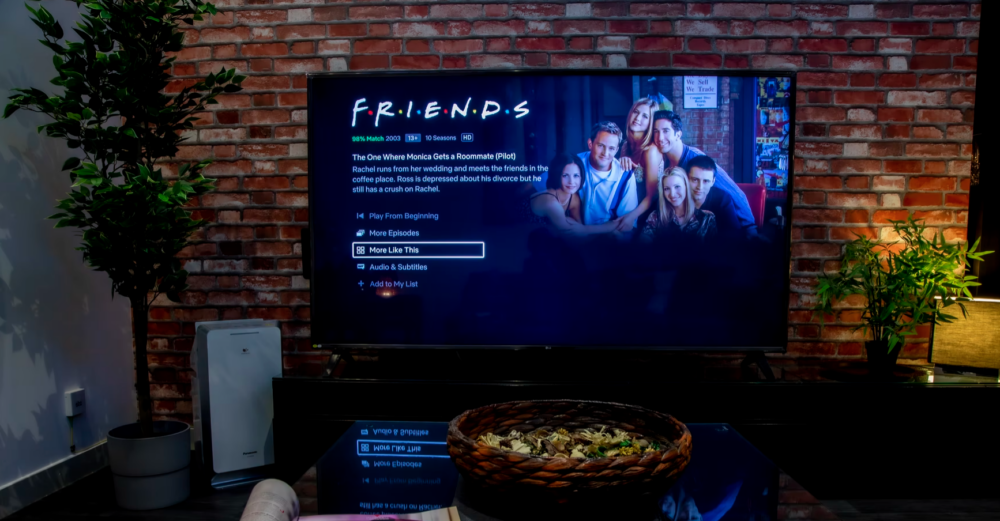 Are TV shows still a shared experience for Gen Z and Millennials? We asked…

Gen Z and Millennials have changed the way that TV is watched. These generations have flocked to streaming services, ushering in the age of bingeable content. In fact, our TV and entertainment report shows that the large majority of 13-39-year-olds think that streaming services have better shows and movies than cable, and over half would rather binge an entire season of a show at once than watch episodes weekly. According to Fast Company, young viewers got even better at “binge-watching whole networks” during the pandemic, turning to shows like Ted Lasso on Apple TV+ or The Flight Attendant on HBO Max, and completely shunned services like the now defunct Quibi. But of course, they’re also going back to comforting classics like Friends and The Office, which have been on many of the popular streaming services—and have become favorites among many young audiences and their friends. They have decades of shows to choose from, and more platforms creating original content for them than ever before. In this era of entertainment wealth, there’s no question that viewing has become fragmented, with live audience sizes shrinking significantly. Which brings up the question: is it possible for Gen Z and Millennials to have a shared culture of TV shows anymore?

In the mid to late 2000s, when long-running TV series HBO’s Game of Thrones was a hit, watch parties in bars to Twitter live-tweet parties were regular occurrences. At the time, Vulture writer Matt Zoller Seitz wondered whether the fantasy series was “the last show we’ll watch together.” It was a fair question, and it wasn’t difficult to imagine that for the next generation of viewers, there just wouldn’t be such a thing as a TV show as a group experience. Content was coming too fast, and extreme fragmentation of viewing seemed to be the inevitable future. But YPulse’s entertainment research and our new Pop Culture Redefined trend report show that despite the massive shifts in the way they watch TV, Gen Z and Millennials are still very much uniting around TV content: 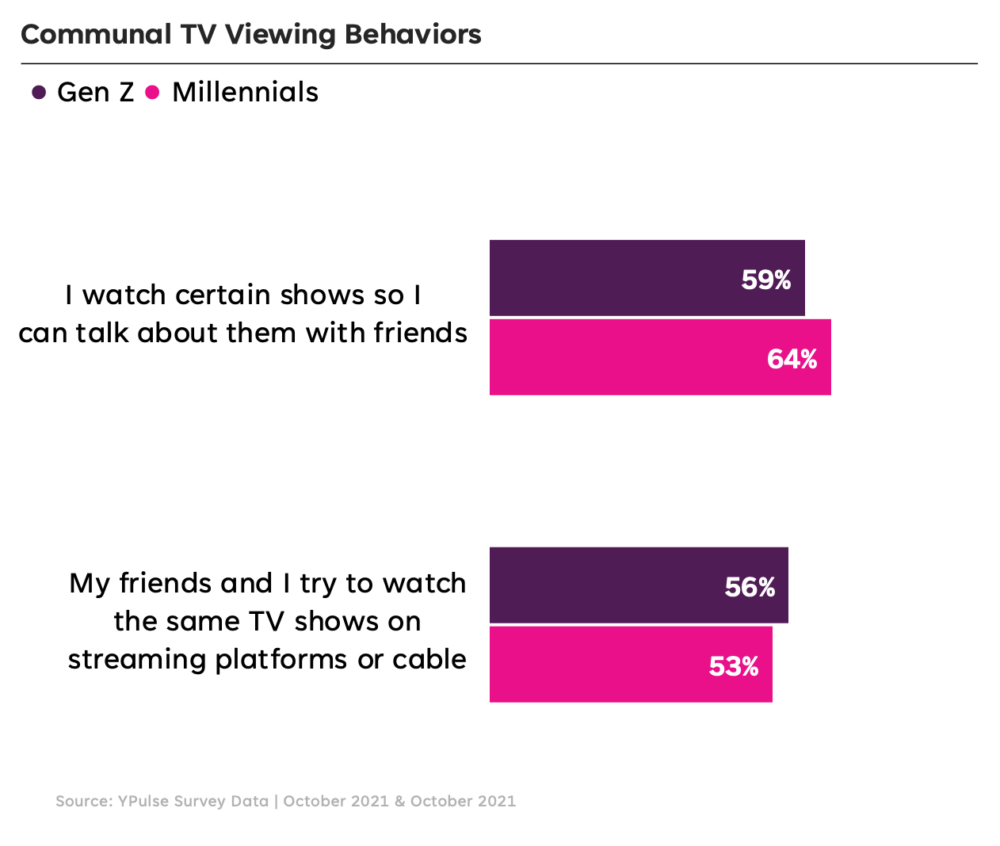 The majority of young people tell us they watch certain shows so they can talk about them with their friends, and that they and their friends try to watch the same shows on streaming platforms or cable. TV as a shared experience is still alive and well. In fact, our Pop Culture Redefined research shows that finales and popular TV shows and releases of new TV shows are actually some of the top pop culture moments that Gen Z and Millennials say their generations care about, and that they watch personally.

One of the best recent examples of a TV show as a massive shared culture moment for young viewers is, of course, Squid Game. We recently told you which current TV shows are young people’s favorite—and Netflix’s Squid Game took the top spot. It was also one of the biggest pop culture moments of 2021 according to young people. By now, you probably know that the Korean drama quickly became a massive global phenomenon—and the hype on social media certainly played a major role in getting young people into the show so they could talk about it amongst their friends and peers. Memes about the show quickly took over almost every social platform after its release, fueling its popularity. TV shows have unquestionably become meme fodder, creating a cycle of shared content: the memes about the show are shared, pushing more to watch and increasing the shared experience of being a fan of the show It’s likely that some Gen Z and Millennial viewers are pushed to watch shows that have sparked viral moments so they stay in the loop, and can be part of the memes and viral discussions online.

Despite the migration away from cable, the vast array of platform and content choices at their fingertips, and even the rise of short-form content, TV shows are still a uniting cultural force among Gen Z and Millennials. Word about the hottest new shows spreads like wildfire on social media, and our data clearly shows that they’re making the effort to watch the same content as their friends.