Here’s How Brands Are Tapping Cameo to Reach Young Consumers 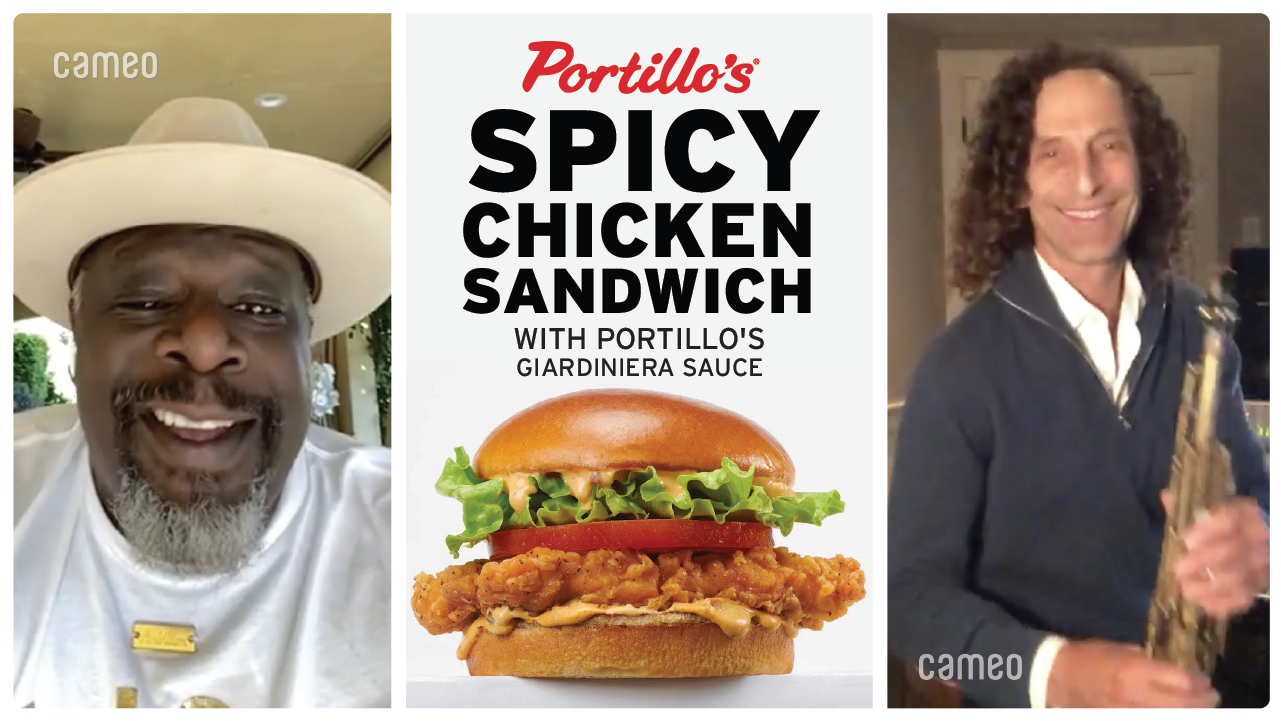 During the pandemic, celebrities found ways to stay connected and engaged with their fans during lockdown—and vice versa. At the beginning of last year, we told you how Cameo was one of the apps changing how young people interact with celebs and influencers—and since then, it’s blown up. In case you’ve missed it, the app was created in 2016 with the intention of providing a platform for fans to pay celebrities to create personal messages that they could send to friends and family. Users can visit Cameo’s site or app and browse through a host of celebrities who will record a video for a fee. While the talent on the app leaned C or D list at the start, bigger names have been joining Cameo as it’s gotten more popular. Celebs include rappers Snoop Dog and Ice T, reality show stars like Bethenny Frankel (Real Housewives) and Ben Higgins (The Bachelor) and cast members of Tiger King, former NFL player like Brett Farve, and cast members from shows like The Office and Game of Thrones have joined the app, and more and more continue to jump on. In fact, Brian Baumgartner (a.k.a. Kevin from The Office) reportedly made $1 million on the app in 2020.

But is there a place for brands on the app? There are no traditional ads on Cameo, but earlier this year, Cameo made it even easier for celebrities and companies to partner with them, with the launch of their Cameo for Business program, which helps develop contracts with stars for advertisements. Here’s how four brands have tapped the platform: 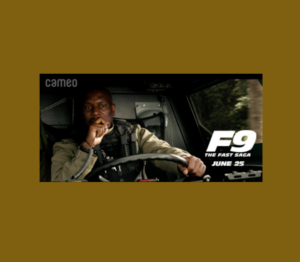 Universal
It’s no secret that the movie industry has suffered during the pandemic, but just like other industries in the entertainment space, they’ve found ways to adapt and adjust. While young consumers tell YPulse that they’re more inclined to watch movies on streaming services due to COVID, movie studios are still finding ways to drum up buzz for seeing movies in-person. One of those ways is by getting on the platforms, like TikTok or Twitter, that young people are on. In July, Universal teamed up with Cameo to generate hype for the summer movie season via personalized celebrity messages. To promote F9, which was one of the movies young moviegoers were excited to see this summer, Universal hosted a sweepstakes that sent free messages from F9 stars like Vin Diesel, John Cena, Ludacris, Tyrese Gibson, Nathalie Emmanuel, and Sung Kang to fans. They also released never-before-seen clips exclusively through the app for those who won the giveaway. Meanwhile, MGM Studios worked with the platform for messages from celebrities featured in Breaking News in Yuba County that consumers could purchase for $10. 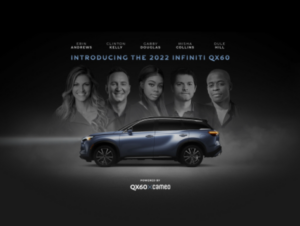 Infiniti
This summer, Nissan’s luxury auto brand partnered with digital agency Critical Mass to launch Q60 x Cameo to use the platform to work with celebs including Gabby Douglas, Erin Andrews, Clinton Kelly, Misha Collins, and Dule Hill to create personalized videos answering customers’ questions about the auto maker’s new 2022 QX60 crossover vehicle. The Q&A also served as a way to launch the brand’s new reservation program, which allowed interested customers to reserve a car before it went on sale. Shoppers were able to submit a question through Infiti’s reservation page and received a personal video response from the various celebs. The car brand will also be archiving the video responses and using them to build an FAQ system with up to 100 topics that consumers can access at a later date. The effort was a way for Infiniti to “enhance” its online shopping experience and “is the latest from a car brand hoping to reach younger, cord-cutting consumers on mobile media.” YPulse’s Driving Forward behavioral report found that cars have been young people’s most preferred choice of transportation, with 19% of 13-39-year-olds saying they have become more interested in buying a car because of the pandemic—and coming up with relevant ways (like getting celebrities involved) is certainly a way to garner their interest in a new vehicle. 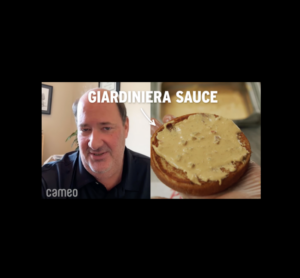 Portillo’s
In May, the Chicago-based restaurant chain announced that it was getting into the chicken sandwich battle by launching a new spicy chicken sandwich (with giardiniera). As one of the first brands to use the Cameo for Business program, Portillo’s took a chance with it to promote the new food item. The chain’s marketing campaign, which was built around the giardiniera (and whether it was being pronounced correctly), collaborated with celebrities including Cedric the Entertainer, Chicago Bears’ Mike Singletary, Snooki, Kenny G, The Office’s Brian Baumgartner, Tom Felton (a.k.a Draco Malfoy) of the Harry Potter franchise, Erin Andrews, and Lance Bass, for 20 customer videos. While the celebs charged about three to four times the personal rates for corporate Cameo videos, they gave Portillo’s a 90-day license to distribute the videos anywhere, including Instagram, TikTok, YouTube, and Facebook. (Portillo’s paid to promote the videos with YouTube and Facebook ads). According to the Senior VP of marketing and off-premise dining for the food brand: “Portillo’s is not a big spender on advertising. We could not have done this without this service, we would not have gone out and contracted with 20 different celebrities.” We told you how fast food brands are reinventing celebrity and influencer collabs, and Portillo’s teaming up with them for a Cameo campaign is just a different way of doing so. 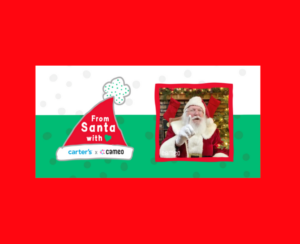 Carter’s
As one of the first brands to get on Cameo before the Cameo for Business program was launched, the childrenswear brand partnered with the app last holiday season to create “Santagrams” as a way to reach Millennial parents. YPulse’s Holiday Shopping report found that 56% of Millennial parents wanted their kids to still be able to visit Santa last year, despite COVID-19. Carter made those visits possible by working with Cameo to give some families a personalized video message from Santa himself. Winners of the “From Santa with Love” contest received a code to redeem on Cameo, and were able to select a Santa to record their message.