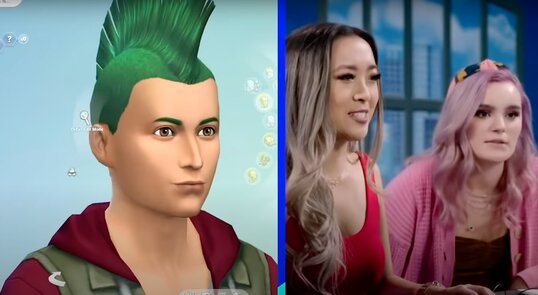 During 2020, a year of staying home and watching more TV content than ever before, reality TV had quite a moment. Early on in the pandemic as lockdowns were rolling out, everyone was bonding over Netflix’s Love is Blind and, of course, the infamous Tiger King.  Then as COVID kept many TV productions closed, media companies scrambled to find “backup plans,” filling their lineups with reality shows, game shows, and talent competitions—all of which resumed production and were able to have a quick turnaround. YPulse’s most recent media consumption survey found that 28% of 13-39-year-olds currently watch reality TV content on a weekly basis—an increase from 23% in early 2020. In the wake of the popularity boost for the genre, cable networks and streaming services are investing more money into unscripted programming. The shows are cheaper to produce, creating “lower stakes” for success, and tend to appeal across generations—and now more platforms and brands are getting in on the reality game.

Gaming platform Twitch has been developing reality shows to cater to its growing audience. Already, they have series like dating and talk show The Rajj Show and podcast Dropped Frames, which focuses on life as a full-time streamer, but they’re planning on spending $50,000 to $250,000 a week on four to 10 hours worth of new content from more game shows, dating shows, and music and talk shows. Even TikTok’s content creator collectives want their own reality shows especially as followers can’t seem to get enough of the drama between some of the app’s biggest stars creating speculation that “a new wave of unscripted shows about the lives of young influencers” could captivate Gen Z viewers. Many TikTok stars, like Charli D’Amelio, have already started working with production studios like Wheelhouse, Concordia Studio, and Industrial Media.

Now, brands are starting to use the reality show format and create their own as a way to market to young viewers. Here are some of the branded reality competition shows that have been cooked up: 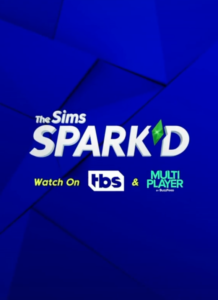 Last summer, The Sims got the reality TV show treatment with The Sims, Spark’d which aired four episodes on TBS and BuzzFeed. Similar to the style of Project Runway, twelve contestants competed in skills and elimination challenges that consisted of simulation gaming and racing to impress three judges for a $100,000 grand prize. According to Electronic Arts, they produced the TV show as a way to “broaden” the video game industry and reach a much larger diverse audience. Nearly all of the contestants in the game were female, and EA hoped to “broaden the video game market” beyond just the “core demographic” of men. The show represents a “new approach” the company is building within other properties in 2021. 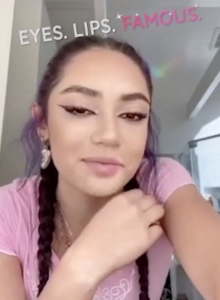 E.l.f Cosmetics’ “Eyes. Lips. Famous.”
Last August, the makeup brand, which has had several successful viral campaigns on TikTok, debuted their own reality competition show “Eyes. Lips. Famous.” through their @elfyeah TikTok account. To select contestants, they launched a contest looking for brand ambassadors, and asked users to create videos that explain why they should be selected to win an unlimited supply of the brand’s cosmetics for a year plus a $5,000 sponsorship contract to appear on the show. The videos were judged by popular influencers like Avani Gregg, Madi Monroe, and Seth O’Brien—and the three winners were announced via a TikTok duet. The chosen winners then attended a virtual “beauty camp” with the creators as well as other beauty experts, and encouraged viewers to participate in weekly challenges with them. In the last year, beauty-based reality competition shows have been thriving: James Charles launched his own reality show Instant Influencer on YouTube Originals, and it served as a “direct line” for beauty brands wanting to target Gen Z with their products. 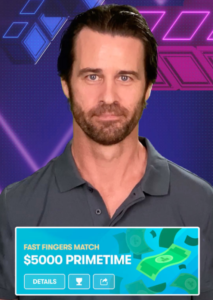 The Sims isn’t the only video game that’s gotten the reality show treatment. Last summer, Tetris got a reboot, and also got into the reality and live game show space with  battle royal mode for Tetris Primetime, a live game show, which is “a cross between an esports competition and an HQ Trivia-like live experience.” It airs seven days a week on the app in “a handful of cities” around the world, and every night players will get the chance to win $5,000. Like a “televised competition,” it has a host (New Zealand actor Millen Baird) who shows everything from previews of the night’s competition to highlight reels featuring the day’s best plays. Like an “ESPN for Tetris,” According to executive producer Ethan Levy, “It isn’t just a game and a competition, but also the TV channel that covers the competition.” While the new game show format serves as an anchor for the revamped mobile app, it’s gotten a number of other updates designed to keep people playing outside of the live show as well including a Tetris Royale mode where 100 players can compete to be the last one standing and a Tetris Together mode that includes private multiplayer games and real-time voice chat. Levy said they plan to roll out Primetime to more countries and include Fortnite-style seasons with “unique avatars and other cosmetics, and adding team modes to the competitive experience.” 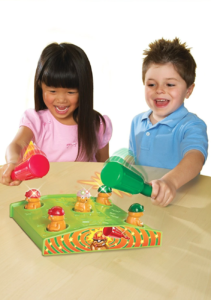 Last month, Mattel announced that they are partnering with Fremantle to develop a reality show inspired by their popular Whac-A-Mole game that will feature competing teams fighting to eliminate each other in challenges featuring giant, life-sized Whac-A-Moles, races, and obstacle courses. While the arcade mainstay started in 1976 and was eventually turned into a tabletop game by Mattel in 2009, they are planning to re-release the tabletop version this spring along with a Whac-A-Mole Match-a-mole matching card game that combines the traditional gameplay. Meanwhile, the toymaker also announced last year that they were planning an unscripted game show inspired by its UNO brand, which would see “four teams face off in physical challenges and trivia.”