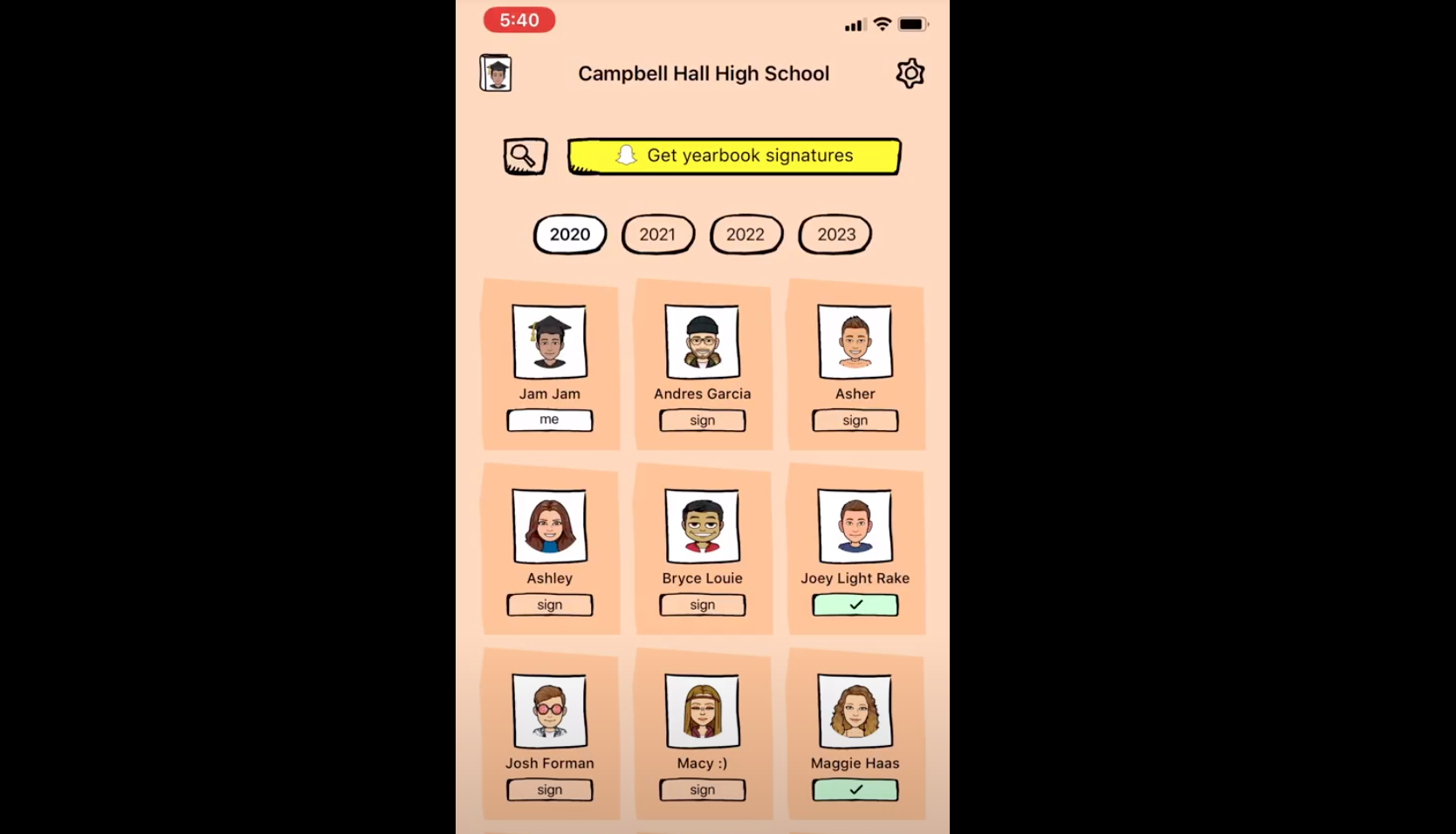 With distant learning a new norm, this app wants to digitize the tradition of yearbook signing… 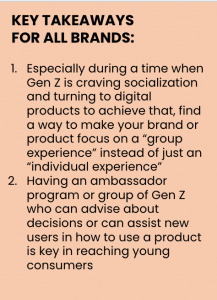 COVID has impacted Gen Z’s milestones. From prom to graduation, the in-person events that have forever been key school-age traditions were disrupted by COVID—forcing them to get creative. Of course, teens have been increasingly turning to their favorite social apps to connect with the classmates and friends they can no longer see on a daily basis. YPulse’s exclusive COVID research found that using social media is the top activity for that quarantined young consumers are doing regularly in their free time.

At the end of last school year, some high schoolers took matters into their own hands by creating yearbook accounts on social platforms like Instagram to celebrate their memories from the school year. But three young entrepreneurs turned the digitization of this high school tradition into something even bigger. Their app HAGS—a reference to the popular “Have a great summer” yearbook sign-off—is “building an old school play focused on Gen Z high school socialization” by replicating the act of passing around yearbooks and creating a digital version via Snapchat. First, it allows users to get signatures from their friends via Snapchat. They can either download the HAGS app and once signed in, they can post either in their Snapchat Story or directly to their friends, and from there, their friends can swipe up on that post and sign the yearbook digitally by typing in a message or uploading a photo.

The way to find classmates is seamless too: During onboarding after a person downloads the app, they can select their high school and graduation year, and see their other peers. From there, they can pick and choose who’s yearbooks to sign–and they even have the choice to sign the yearbooks of friends from other high schools.

HAGS was founded by its fully remote young team of founders: CEO Suraya Shivji, 23, her brother Jameel Shivji, 18, and co-founder James Dale, 19. TechCrunch reported that the product has gained so much traction after its initial launch that it attracted attention and funding from GV, Google’s venture arm. We spoke to co-founder James Dale about how HAGS is keeping high schoolers connected, what Gen Z’s social media use has shifted during this time, how COVID-19 has impacted their app, and more:

YPulse: Was HAGS created specifically because of the pandemic?

James Dale: Yes, it was actually. Jameel, one of our co-founders, graduated high school in 2020, which is exciting. But he didn’t get his yearbook signed because of the Coronavirus. Suraya, Jameel, and I, we figured that for high school students, signing the yearbook is one of those integral parts of a high school experience that everyone does at the end. Especially with what’s going on in the world right now, students still need a way to commemorate all the memories and friendships they’ve built over the last year, and bring those together somewhere and celebrate that. The element of connection with one’s peers is important especially in that demographic of Gen Z so giving them a way to connect was a strong goal for us.

YPulse: What was the response to the app from users after you launched?

JD: When we launched the HAGS app, it was clear that users really resonated with the product and found it to be a great way to collect yearbook signatures during the pandemic. Within two weeks, we shot to the top 50 on the app store, were featured by Apple, and received tens of thousands of downloads—it was a crazy experience! We saw a lot of love for the product all over social media, and as creators we loved seeing the impact that the product had made in such a short period of time.

YPulse: What unique issues do you think members of your generation are dealing with during the pandemic?

JD: The Gen Z demographic are certainly experiencing a lot right now during the pandemic. For most students, the transition to remote learning has seen a huge shift in their daily routines both academically and socially. I think that the lack of social interaction has likely been a large change for some, and something that has probably impacted students the most during the pandemic. 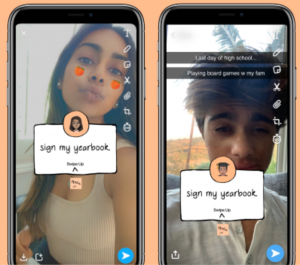 JD: HAGS is focused on a group experience more so than an individual experience. On platforms like Facebook, Instagram, or TikTok, you just follow friends and have a very curated feed of content. One of the ways HAGS tries to differentiate itself is we’re really interested in creating this group experience with everyone at the high school. Giving them that sense of belonging in their network and engaging interacting with those people is important. They already know their peers, and being able to hop on a place where the connection is based on their high school where they were already spending most of their days or used to using their peers is quite different than we see on a lot of other networks.

YPulse: How did you decide that Snapchat was the social platform for HAGS to be connected on?

JD: We knew Snapchat was the right platform from the beginning. Among the high school demographic, that’s what everybody is using so we figured that worked really well. Bitmoji also worked quite nicely with our branding and gave us a real identity that people would recognize and resonate with. The Snapchat SDKs (software development kit) are fun to work with. We had a platform to build upon, and Snapchat is available for all developers so building on that was really good. Their developer relations team was supportive of everything we were building, so they were awesome to work with. Snap really helped in making the decision that Snapchat is the right platform for us to build on.

YPulse: One aspect of the app is that students have the option to order physical copies of their HAGS yearbook. Can you tell me more about that?

JD: We ran a program over the summer which allowed students to get a physical yearbook, and the proceeds from those physical copies went toward Know Your Rights Camp. We spent a lot of time researching different organizations, and we were most excited to work with Know Your Rights Camp because they were focused specifically on Black and brown communities. They were great to work with and it tied in nicely with the goals of our product. We thought that was a fun way to tie in a cause we really cared about and build on that, and it seemed like people liked that aspect of the app as well.

YPulse: As Gen Z founders, how are you reaching Gen Z consumers?

JD: One of the ways we do business is through the ambassador program. Our ambassador program features students from all across the country. They’re helpful informing us of product decisions, and getting their peers onboarded to the app. Building on Snapchat gave us the opportunity to allow users to share links to invite their classmates so we found that was a good way for us to reach out. But definitely with our ambassador program, it was much closer to the students since it was someone they knew and it was a good way for us to create that school feeling. 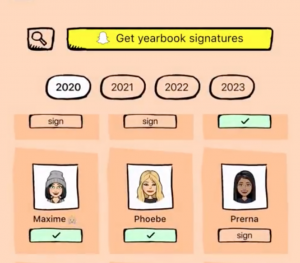 YPulse: Are you seeing that Gen Z is connecting more on social media and through apps during the pandemic?

JD: It’s fair to say everyone is feeling disconnected right now from each other, and one of the ways that everyone finds connection is through social apps. Especially in these times when we’re in a pandemic, usage has probably shifted a lot from how we would’ve used social media pre-pandemic, and during the pandemic, we’re using it as a main way to communicate.

YPulse: What’s next for HAGS?

JD: We’re focusing on some of the core things that made our product work, and what people enjoyed from the product. For instance, we understand that fun is a core part of our product, so, we want to create more fun experiences for high school students. We’re exploring group dynamics right now between high schools and different classes within a school. We have a lot of ideas surrounding different spaces for students and their classmates just to interact in different ways that are fun, quirky, and upbeat, and we’re exploring how we can productize that—and just build something further. 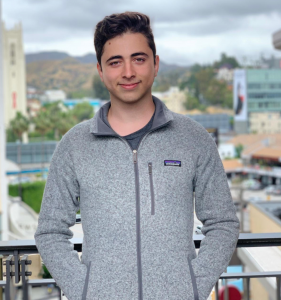 James Dale, 19, is an Australian Co-Founder of the HAGS app. Having previously worked at Apple in the Machine Learning Platform & Technologies team, and as a recipient of four Apple WWDC Scholarships and multiple products featured on the App Store, James has a strong background in mobile application development, with a focus on mobile Augmented Reality and Machine Learning.