Kylie Jenner shared an Instagram post that led to a surge in voter registrations, K-Pop is having a moment as BLACKPINK breaks album pre-order records, and social media users are raising money for beloved viral internet stars—plus more stories and youth news to wrap up your week… 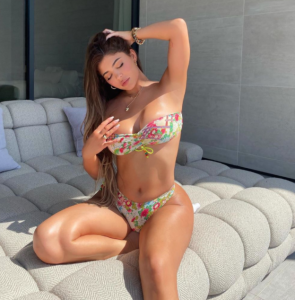 Kylie Jenner Caused A 1500% Increase on One Voter Registration Site

Kylie Jenner’s “thirst trap” Instagram post led to a surge in traffic and registrations on a voting site. In the caption of the post (which received more than 10 million likes), Jenner wrote: “but are you registered to vote? Click the link in my bio… let’s make a plan to vote together” with a link to vote.org/kylie listed on her bio page. According to a spokesperson for the organization, they saw a 1,500% increase in use through Instagram after her post went live compared to the day before, as well as an 80% total increase in users of the voter registration verification tool. Vote.org’s CEO Andrea Hailey said in a statement that Jenner’s post “speaks to an energy among young Americans who want to make sure their voices are heard this election.” It shouldn’t come as a surprise. YPulse’s Not Waiting on the World to Change trend report found that 75% of 13-39-year-olds like it when brands encourage young consumers to vote—and this sentiment applies to celebrities as well. Our influencers and celebrities report actually found that 64% of 13-39-year-olds believe that celebrities have a responsibility to share their views about issues and causes with their followers. It also shouldn’t come as a surprise that Jenner was able to reach so many fans: In recent years, her beauty brand Kylie Cosmetics has consistently been a favorite among Gen Z and Millennial females. 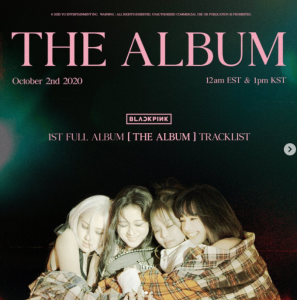 K-pop band BLACKPINK’s first full-length album The Album dropped this week, and ahead of its official release, it has already surpassed 1 million pre-orders globally. That’s the “highest number of pre-orders ever recorded” for a K-pop girl group. According to K-pop culture blog Soompi, pre-orders from Korea came to a total of 670K, while the U.S. and Europe accounted for 340K units. Their new album features collaborations with Selena Gomez and Cardi B, and of course, fans are already freaking out about. On TikTok, the hashtag #blackpink has 16.9 billion views. BLACKPINK has been having a moment in the last few months: At the end of June, they broke the record for the most views in a 24-hour period with their music video “How You Like It” and they collaborated with Lady Gaga for a song on her Chromatica album in April. Netflix even has a documentary Light Up the Sky about the group, which is set to premiere later this month. Overall, K-pop has taken over the music scene. YPulse’s Borderless Culture report found that 42% of 18-36-year-olds regularly listen to music from other countries, while 36% of 13-17-year-old females follow K-pop. At the beginning of the year, K-pop boy band BTS “broke the internet” with the release of their Map of the Soul: 7 album. Prior to BLACKPINK’s record, BTS broke YouTube’s most-viewed video in a 24-hour period with their song “Boy with Luv” in April—but they took the throne back after the release of their music video “Dynamite” at the end of August. The group made their debut on Fortnite, which has become a popular music hotspot for artists during the pandemic, last week with a new music video and accompanying emotes. 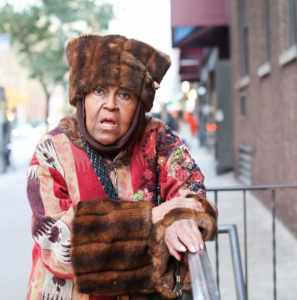 Last November, the internet fell in love with Tanqueray (real name Stephanie Johnson) a woman who went viral after sharing her memories of being a burlesque dancer in the ‘60s and ‘70s on popular photo blog Humans of New York, which has accounts across Instagram, Facebook, and Twitter, and Tumblr—and millions of followers on each. Her original post recounting the “glamour and grittiness” of NYC’s bygone days accumulated thousands of likes and comments on Instagram, and was reshared by followers and celebrities (actress Jennifer Garner asked “Why is this not a @netflix series?”). Last week, however, Tanqueray made her way back in the spotlight after Humans of New York creator Brandon Stanton announced that he wanted to raise money for some of her medical expenses and care, and that he would be sharing 32 more quotes from her. In a post on Instagram that received more than 700K likes, Stanton said that Johnson’s health has “taken a bad turn” and she is in “a really tough spot,” he started a GoFundMe campaign—which has since raised more than $2.6 million. Tanqueray isn’t the only Internet star who social media users have donated money to. TikTok user Nathan Apodaca ( @420doggface208) when viral after a video (which garnered 19 million views) he shared of himself skateboarding and drinking cranberry juice to Fleetwood Mac’s ‘70s hit “Dreams” (which resulted in the song going back to the top of charts—because of course, older music is trendy among young listeners). Users on social media discovered that Apodaca was living out of an RV without running water. As a result, strangers on the internet generously started donating money to him via PayPal, Cash App, and Venmo, and have raised up to $10,000. Apodaca went on Twitter to thank users for their support along with the original video—receiving 5.7 million views. While the pandemic has financially impacted young people, a Zelle report found that many of them have still been donating money to friends, family, and causes who are being affected. 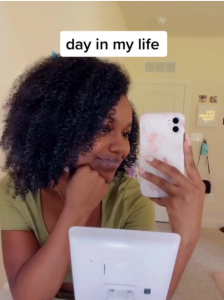 From remote learning to going to work in the middle of a pandemic, TikTokers are showing off their daily lives with the hashtag #dayinmylife.

Others are raising awareness for Breast Cancer Awareness Month using the hashtag #breastcancerawareness.

Celebrities and fans are showing support for Chrissy Teigen after her pregnancy loss.

Influencers are being called out for posing in a fake private jet setup.