These virtual live events are the biggest things in marketing, and they’re not going anywhere…

With in-person live events shut down indefinitely, Gen Z and Millennials have turned to the next best thing: live streamed events. Pre-pandemic, YPulse’s And We’re Live report found that live social content was beginning to infiltrate entertainment and marketing. Now, during the pandemic, our exclusive COVID research found that 30% of 13-39-year-olds are regularly live streaming content during their free time. The live social features that were already gaining popularity before lockdown surged during—especially Instagram. According to Thewrap, the app has seen a 70% increase in the usage of its Live feature in the last month. Now, it’s clear that live content has become a bigger marketing trend—one that is very likely stick around even as lockdowns ease. Here are four types of live events taking over marketing that brands should note: 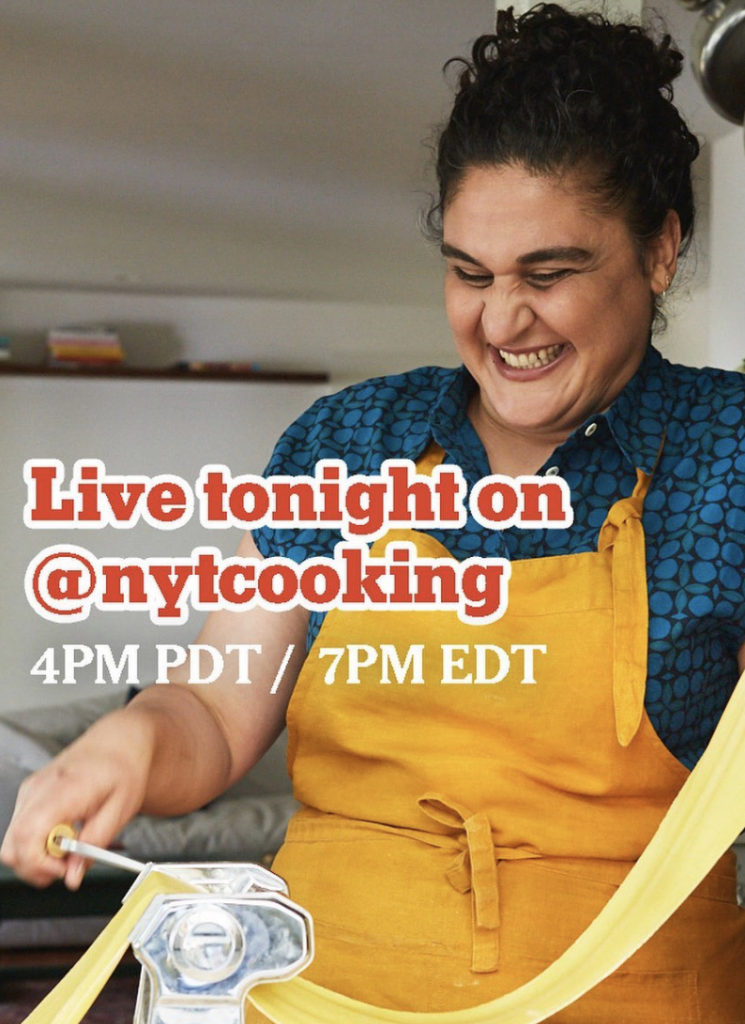 Dinner parties in person might be out of the question, so brands and publications are bringing a close approximation to live platforms, and hosting a virtual dinner is getting increasingly popular. Chili’s Grill & Bar partnered with DoorDash for a live streamed virtual dinner party hosted by performer Chantel Jeffries. The party, which included celebrity guests like Britney Spears, Liam Payne, and Paris Hilton, streamed on YouTube. The two brands even created a special delivery menu for viewers who wanted to recreate the meals at home. For every person who livestreamed the #comebacktomexdd party on YouTube, DoorDash donated a meal to Feeding America. Food publications have jumped into the virtual dinner party trend to support chefs. Earlier this month, Bon Appetit hosted their first live event, which was a star-studded Instagram Live benefit dinner party for restaurants and service workers. During the event, the magazine’s editors and staff paired up with celebrities like basketball player DeAndre Jordan, Queer Eye’s Jonathan Van Ness, and SNL’s Bowen Yang for various meal courses. Meanwhile, @NYTCooking is one of the media brands threw their first virtual dinner party on Instagram Live, partnering with Salt, Fat, Acid, Heat author Samin Nosrat. The Netflix cooking show host shared a detailed Instagram Story to show viewers how to make their own lasagnas before the event, then sat down to chat with attendees live—and eat lasagna together, of course—to recreate the communal feeling of shared meals. 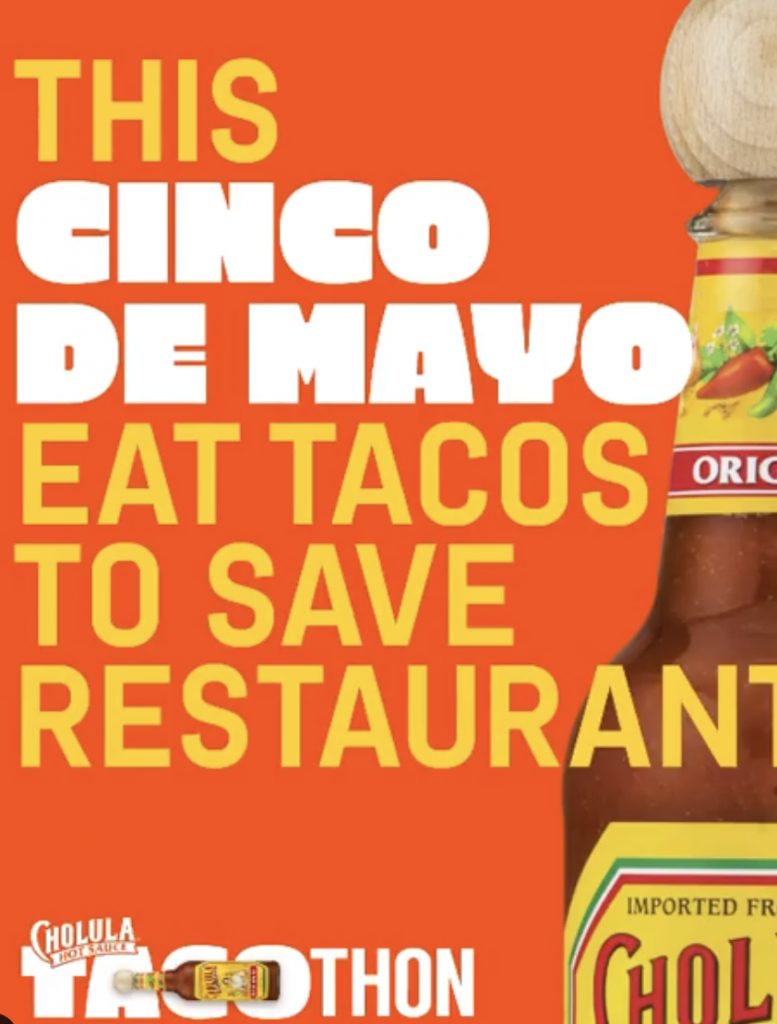 Of course, dinner parties are only one kind of food-focused content that has been trending in the livestream space. As many restaurants remain closed to dining in, many of them are finding ways to stay afloat and relevant during this time especially as quarantined young consumers cook, bake, and drink more at home. Some chefs have started hosting live cooking and at-home bartending classes, while others are raising money for impacted service workers. Guy Fieri recently raised millions of dollars for furloughed restaurant workers by hosting a Tostitos-sponsored, live streamed “nacho-building” competition that featured Fieri and actor Bill Murray. This kind of cooking event—often with a charitable twist—has become a major marketing trend. For Cinco De Mayo, Cholula hot sauce hosted a virtual Tacothon on Instagram Live, tapping celebrities and chefs to each take over an hour of the event, sharing their own taco recipes, with viewers invited to cook along. The brand donated a dollar for every view up to $100K to the Independent Restaurant Coalition, and reached their goal. To promote their upcoming cookbook, Impossible Foods hosted a live Cook-A-Thon on Facebook Live that featured live music, cooking demos, and celebrity chats. But some branded cooking content is ongoing: Shake Shack has debuted “Shake Shack at Your Shack”—a live weekly social cooking series available on their Instagram, Facebook, and Twitter channels. Their first episode showed viewers how to make the brand’s popular cheese sauce. According to fast casual chain, their series aims to “help people adapt to new cooking habits and build community around their brand.” 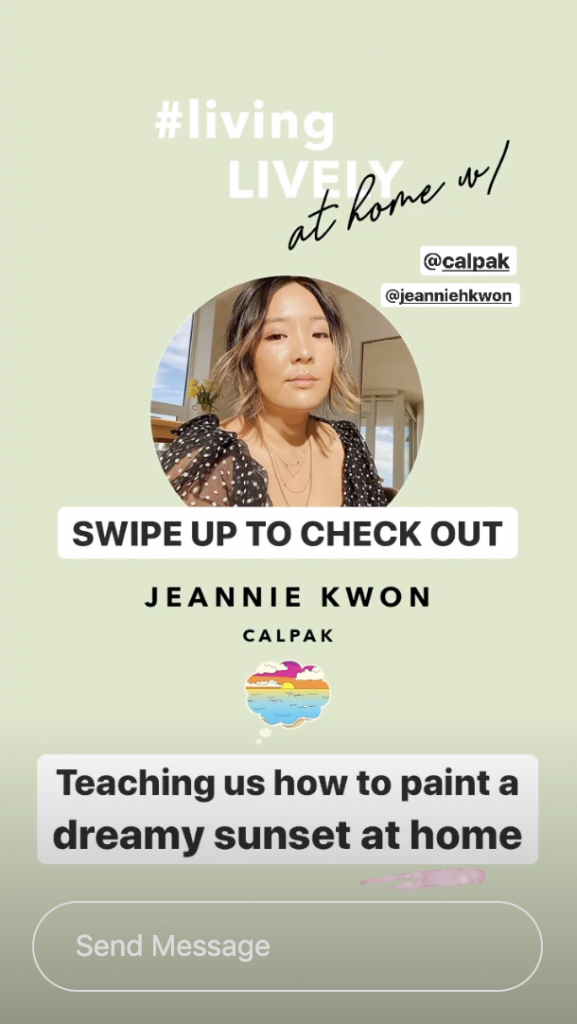 With retail locations closed down as well, fashion brands and influencers have taken advantage of Instagram Live to reach shoppers, and views have doubled in the last month. Glossy reports that apparel brands have ramped up their livestream content, tapping content creators and founders to be guests. While the goal is to drive some sales, it’s mainly to keep followers engaged and the companies “at the top of mind” during times of isolation. Lively’s Instagram followers have reportedly increased 140% thanks to their live content. With their #livingLIVELY series on Instagram, viewers can get “IRL experiences straight to [their] living room couch.” The events include digital meetups, live cooking classes, fireside chats, and self-care tutorials from beauty and fitness influencers that range from maintaining skincare routines to yoga sessions. Other brands are tapping creator’s followings to jump on the live content trend. Last month, workwear brand Dickies sent its Dickies Girl collection to Depop sellers Zig Zag Goods to rework pieces on Instagram Live. Their live session generated so much positive feedback that many followers reached out about techniques, giving the brand and the designers access to a new audience. 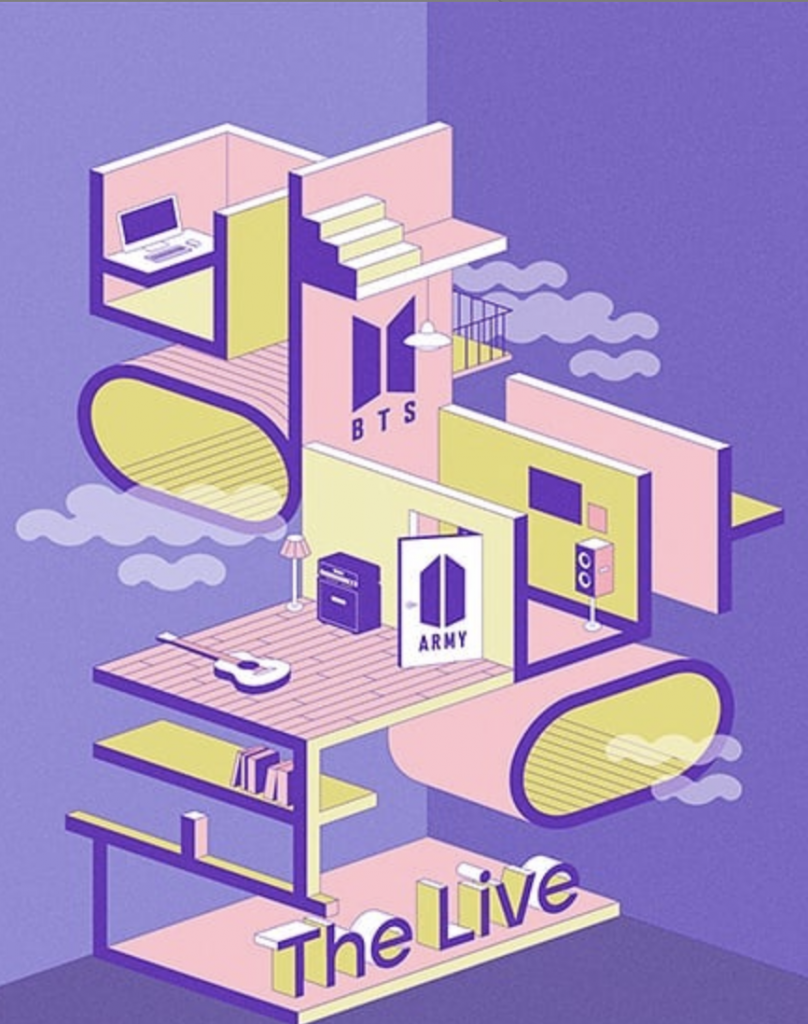 With live concerts, tours, and major music festivals cancelled and postponed, many musicians have been using live platforms to reach their audiences, and live and virtual concerts have swiftly become the norm. While the trend started with fairly humble living room sets, they’ve been getting more and more grand—and more sponsored. Earlier this month, producer Mark Ronson hosted “Love Lockdown: Video Mixtape”—a 90-minute fundraiser for the WHO by spinning records that he enjoys and from projects that he’s been involved with and included guest appearances from Tame Impala, Miley Cyrus, and Dua Lipa. Meanwhile, Post Malone hosted a charitable Nirvana tribute concert in April where he covered songs of the popular ‘90s band (and it was Courtney Love-approved!) and delivered what UPROXX called one of the most “definitive moment[s] of the quarantine music experience.” He ended up raising up to $500K for the WHO.

But the livestreamed concert trend is only just beginning. Budweiser is sponsoring a “nostalgic” live interactive concert series by tapping popular ‘90s and ‘00s artists like the Black Eyed Peas to perform their greatest hits and share stories with their fans. Meanwhile, Bud Light Seltzer is kicking off the summer with a weekly summer virtual concert series featuring popular Latin pop artists. And following the success of Travis Scott’s Fortnite concert, brands are jumping on board to host more virtual performances. According to Pitchfork, the in-game event brought in 12 million viewers and pushed Scott’s new song to the top of the Billboard Hot 100 chart, proving that music marketing is transforming during the COVID era. Companies like livestreaming startup Wave, who recently announced a concert series featuring John Legend and Tinashe, are trying to develop similar events using motion-capture technology to transform artists into digital avatars in virtual worlds. Meanwhile, after throwing a massively successful virtual concert convention on YouTube, the enormously popular K-pop band BTS will be airing a livestreamed concert in June, which will reportedly be a 90-minute pay-per-view experience.