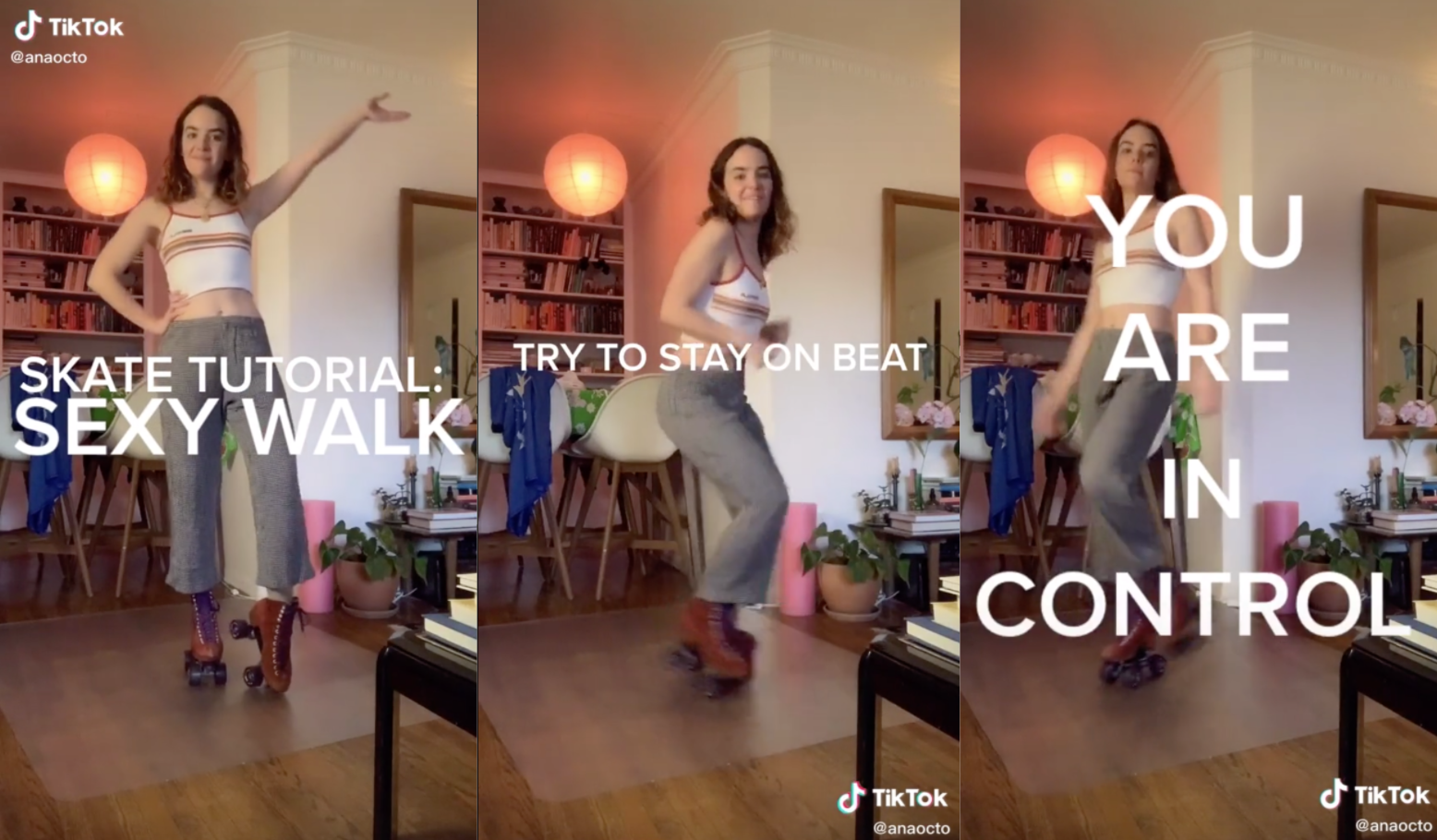 Roller skates are selling out because of TikTok, Disney+ is dropping Hamilton way earlier than expected, Millennial parents are testing their child’s patience with a new challenge involving fruit snacks, and restaurant workers are getting support from online initiatives—plus more stories and youth news you shouldn’t miss this week… 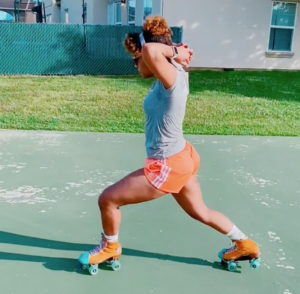 Thanks To TikTok, Roller Skates Are Having a Moment

In lockdown, young consumers have picked up new hobbies and are sharing them on social media—and roller skating is the latest one to take over. Google Trends has seen a recent surge in searches for “roller skates,” and it’s translating into actual sales. Moxi Skates and Impala, two roller skate companies known for their “on-trend colors and patterns,” have seen an uptick in sales. This is in part because of TikTok. Users like @oh.thatsreese and @anaocto have only been on TikTok for a few months, but their accounts, which feature tutorials and videos of themselves roller skating, have amassed thousands and millions of followers in recent weeks. It’s even led to certain styles selling out on both Moxi Skates and Impala’s sites. According to an Impala spokesperson, they’ve been “hustling to keep all sizes and colors in stock.” Since the beginning of the pandemic, breakout app TikTok has played a major part in accelerating certain trends including food and beverage ones. 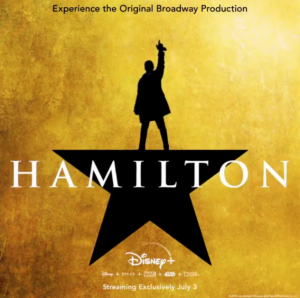 On Tuesday, Hamilton creator and star Lin-Manuel Miranda announced on a Twitter post (that got 4.6 million views) that the recorded version of his Broadway phenomenon is coming to Disney+ a year earlier than expected on July 3rd—just in time for Independence Day. Of course, the internet “can’t wait” and many Twitter users shared their excitement using the hashtag #Hamilfilm. Initially, Disney+ announced in February that they wouldn’t release the musical until sometime next year, but with the ongoing pandemic, some analysts think the streaming platform’s content engine is “running very dry” and needed to get something in the “pipeline.” One of Hamilton’s other stars Leslie Odom Jr. said in response to news of the early release: “If the goal is to bring people a little more sunshine and a little more joy faster – who could argue with that?” This isn’t the first time Disney+ dropped content earlier than usual. In March, they released Frozen 2 digitally three months earlier than expected to bring some “fun and joy during this challenging period.” YPulse’s COVID-19 special report on entertainment found that Disney+ is one of the streaming services to see increased usage among young viewers since the start of the pandemic. 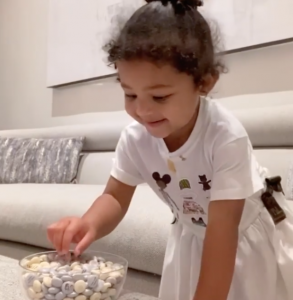 With families still quarantined together at home, parents are continuing to find ways to keep their little ones and themselves entertained—and some of them are even testing their child’s patience. It started when Twitter user @uncle_ernst posted a video (that received 2.7 million views) where a mom is seen giving her daughter a bowl of Welch’s fruit snacks and telling her that she can only eat them until after she returns. When the mom leaves for a minute, the child is seen restraining herself from eating the fruit gummies (motivating herself by saying “I. Must. Don’t. Touch.”) Hooray—she ends up passing the test! Now celebrities like Kylie Jenner are participating in the “adorable” challenge. In an Instagram video that received more than 54 million views, Jenner uses candy to test her daughter Stormi. In it, Stormi is seen chanting “Patience, patience, patience” to herself as she waits for her famous mom to get back. She also passes! Meanwhile, Gabrielle Union’s daughter Kaavia “failed” the challenge. In an Instagram post that got over 1 million views, the one-year-old is seen eating the Bitsy’s crackers Union left behind as soon as she gets up to leave. 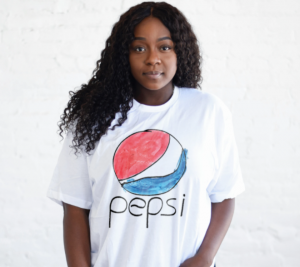 This week, John Krasinski partnered with Pepsi to sell limited edition t-shirts and tote bags with the brand’s logo that was hand drawn by his daughters. 100% of profits from sales are going toward Guy Fieri’s Restaurant Employee Relief Fund (RERF). The restaurateur even approved the drawing on an episode of Krasinski’s “Some Good News.” Fieri also announced on the Food Network’s Twitter account that him and actor Bill Murray will be participating in a nacho-building competition, which will be sponsored by Tostitos, to raise money for RERF. So far, the Diners, Drive-Ins and Dives host has raised more than $20 million for furloughed restaurant workers affected by COVID and has even been praised by some as the “last unproblematic food person.” Meanwhile, the hashtag #FoodFam (which has gotten 1.1 billion views) has been trending on TikTok. The app asked users to share their favorite recipes and encouraged them to make donations to the James Beard Foundation or the National Restaurant Association Educational Foundation. This isn’t the first time the app has used hashtags to encourage or help raise money for COVID relief efforts. Last month, Procter & Gamble partnered with the app’s biggest star Charli D’Amelio to create the #DistanceDance to raise money for Feeding America and Matthew 25. 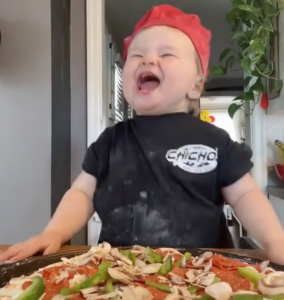 Frog bread is the next big baking trend on TikTok.

Doja Cat collaborated with dancer Fullout Cortland on the official TikTok dance for the Nicki Minaj remix of “Say So.”

Charli and Dixie D’Amelio have officially left the Hype House.

The Lizzie McGuire cast reunited for a virtual table read of one of the show’s most iconic episodes.

John Krasinski and the rest of The Office cast reunited on “Some Good News” to surprise a superfan couple on their wedding day.

Meanwhile, the Friends reunion won’t be filmed until after the pandemic when a live audience is able to watch it.

A Percy Jackson television series is officially in development at Disney+.

Twitter users are sharing their most mundane celebrity encounters.

Robert Pattinson’s quarantine microwavable pasta dish is resulting in a lot of “unhinged memes” on the internet.

ESPN’s The Last Dance is inspiring an “onslaught” of Michael Jordan memes.

Thanks to Hulu’s Normal People, men’s chain necklaces are becoming popular on TikTok and Instagram.