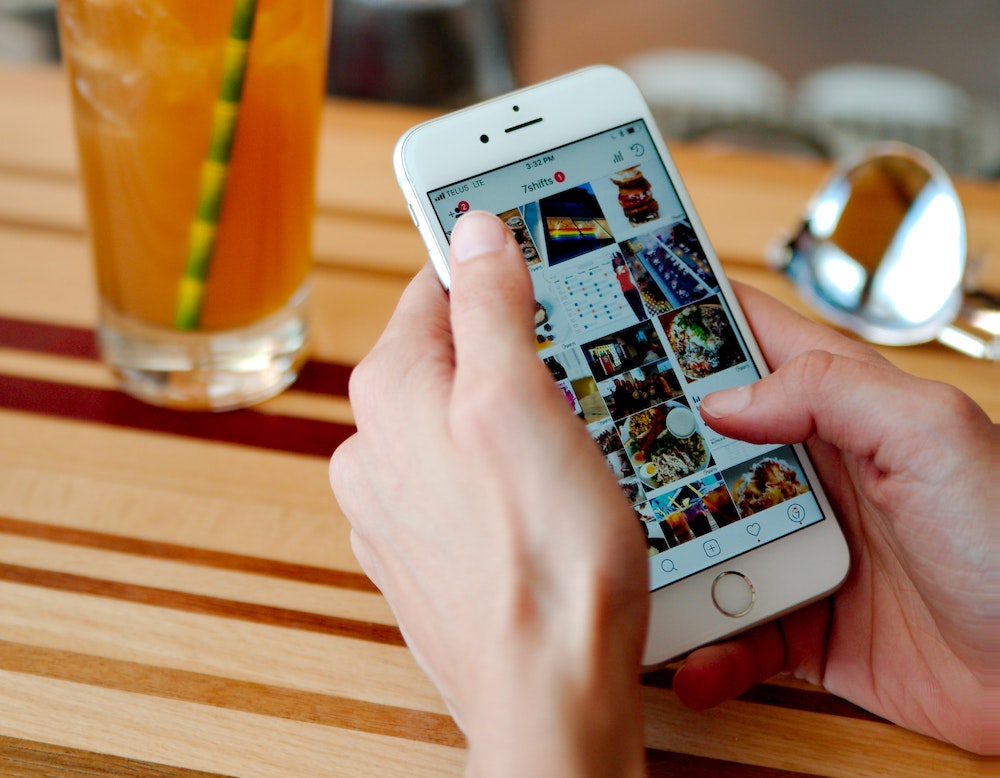 According to YPulse’s most recent social media behavior survey, 73% of young consumers 13-39-years-old are spending 1-4 hours a day on social media. The amount of time they’re spending on social platforms is increasing—because the role of social media in their lives has shifted. While these apps and platforms were at one time a way to connect with friends (and strangers)—and they remain vital to their friendships and relationship—they have become much more than social hubs. Social platforms are centers of shopping, where they browse for products to buy, they’re sources of anti-anxiety doses, they’re the new gossip magazines, and a real-time celebrity reality show. Both amateur and professional media content has intensely multiplied on social media in recent years, and when we ask Gen Z and Millennials where they’re watching video content weekly or more often, 35% say Instagram and 34% say Facebook—more than say they watch cable TV. More than ever, their entertainment lives on social media, via the many accounts (beyond their friends) they’re following on the platforms.

And the number of platforms that exist to entertain them has only increased as well. Our social media monitor shows the massive growth of TikTok in the past year: 35% of Gen Z teens are now using the app, compared to 12% in early 2019—among Millennials, use has increased from 3% to 19%. Every platform brings a plethora of choice and content: new influencers, creators, social publications, joke accounts, brands, and famous faces to follow. So, who exactly are they following on social media right now?

We asked and they answered in our most recent social media behavior survey—here are the numbers for who Gen Z and Millennials follow on social networks, highlighting some big differences between their social media preferences: 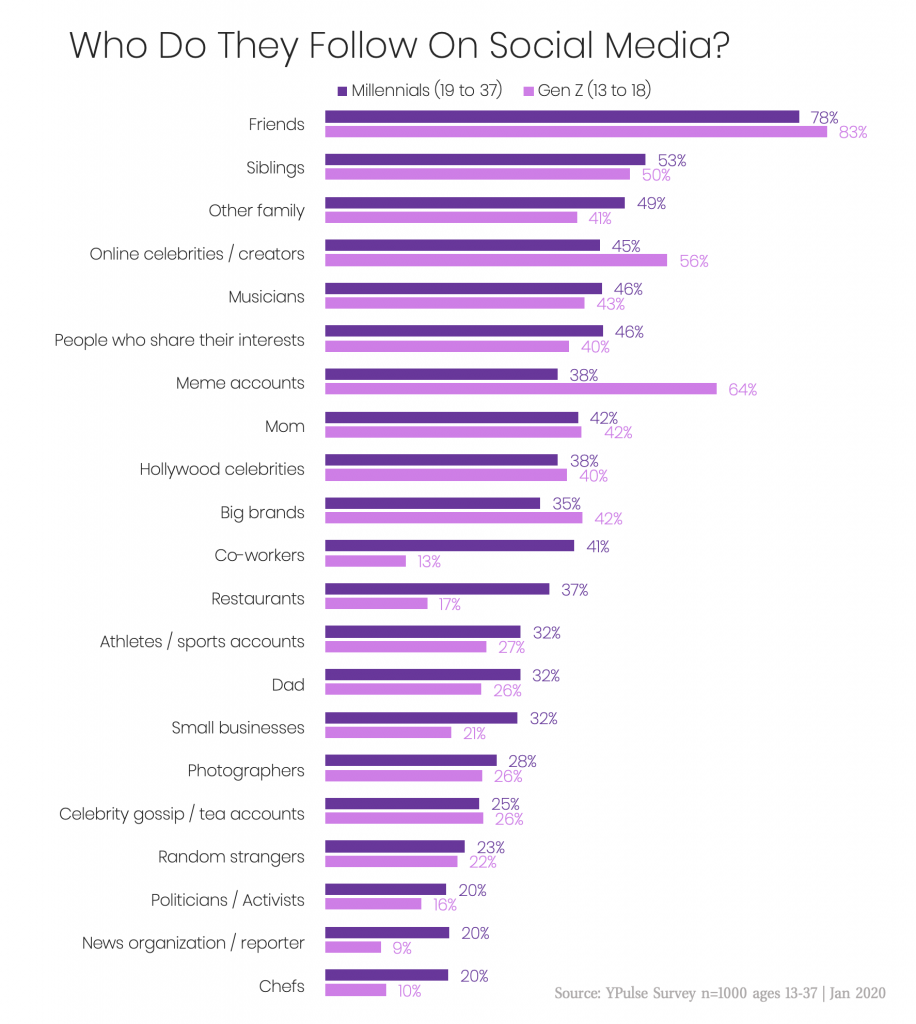 Moving beyond the expected top responses (friends and siblings), online celebrities and creators are the most popular accounts on social—even beating out “other family” among Gen Z, who are far more likely than Millennials to say that they’re currently following an online celeb. (Though online creators beat out mom among both groups.) Online fame is far more fragmented, but young consumers, especially Gen Z, not only consider YouTubers, Instagrammers, TikTokers, and other online personalities famous, they’re counting them as some of their favorite famous faces. Notably, online celebs beat out musicians, Hollywood celebs, and athletes in this ranking. And young consumers aren’t just filling their feeds with online celebs for entertainment. YPulse research continues to show that young consumers are listening to online celebrities when deciding which brands and products to purchase: Our most recent survey on influencer marketing survey found that more than two in five 13-36-year-olds say they would be more likely to buy a product that their favorite online celebrity recommended, and around the same number have purchased a product recommended by an online celeb.

Also beating out mom on social media feeds? Meme accounts. It’s clear why Bloomberg jumped on the bandwagon: to reach the next generation of voters. But meme accounts are also far more popular with Gen Z than Millennials: While 64% of Gen Z say that they follow meme accounts, only 38% of Millennials say the same. Millennials are more likely to follow other family members, musicians, and people who share their interests and hobbies.