Millennials 21+ Say These Are Their Favorite Alcohol Brands 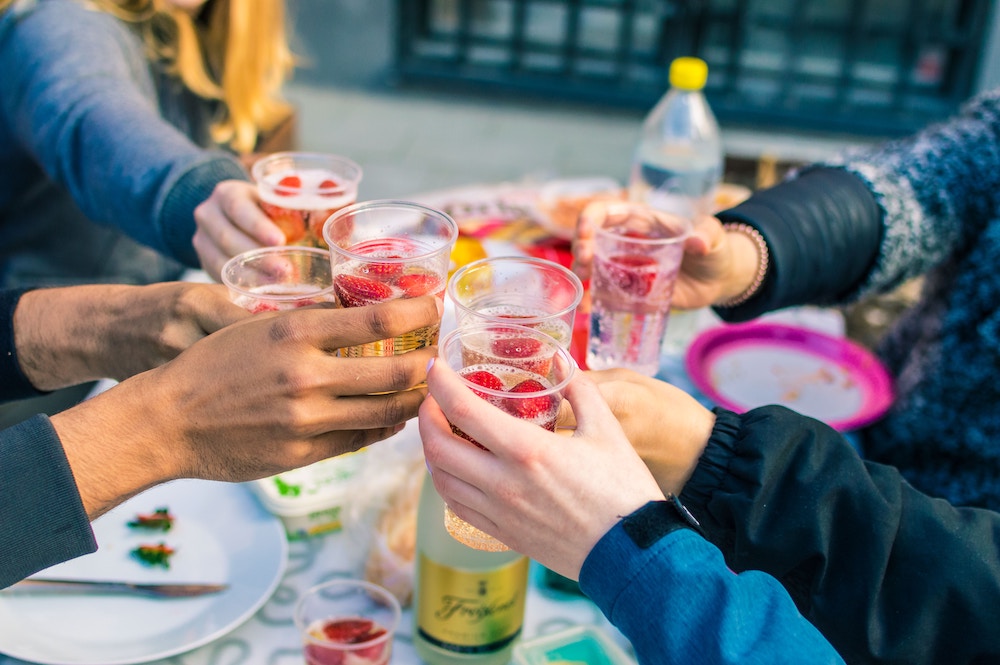 Dry Jan is almost over—so what will Millennial drinkers be pouring themselves first? Here are the top favorite alcohol brands of those 21+…

Millennials are continuing to make moderation a trend, and YPulse’s research on the trend found that 43% of 18-37-year-olds think people are being more careful about how much they drink these days. Dry January is just one example of the sobriety shift: an entire month of voluntary sobriety to start the new year off cleaner and healthier. Some beer brands have even leaned into the “sober-curious” movement—with Heineken and Miller both running Dry January campaigns this year featuring low or no-alcohol products to get through the month.

But while moderation has certainly been a growing movement, it is important to note that this generation has not stopped drinking completely. In fact, 43% of 21-37-year-olds are drinking daily or weekly and 24% monthly, and they’re spending an average of $87 on alcohol every week. The majority of Millennials are not brand loyal when shopping for alcohol, instead most are considering price, quality of taste, and interesting flavors. Clearly, between testing out teetotaling and their unconventional drinking preferences, this is a hard group for the alcoholic beverage industry to keep a hold on. So to see who’s winning out with them right now, our most recent survey on nightlife and drinking asked 21-37-year-olds, “Thinking about alcoholic drinks, what is your favorite alcohol beverage brand?” Here are the top 18 most-mentioned:

Wine and craft beer still top the list of their favorite alcohol brands (we combine individual label mentions of each to represent their interest in wine and craft beer brands overall).  When we ask them what alcohols they like to drink, these are also their top two responses, with 59% of 21-37-year-olds saying they like to drink wine, and 54% saying they like to drink beer. Vodka, Whiskey, and Rum actually follow in popularity—and while there are plenty of this category on the top 18 ranking, there are also some very notable newbies on the list…

When we asked this question in 2018, hard seltzer didn’t make the list—this time, White Claw is number 10 on the ranking, beating out major vodka, beer, and whiskey labels. Clearly, 2019 was the year of hard seltzer’s rise, and we’ve seen the impacts. When we asked young drinkers why they like hard seltzer, the top reasons are taste, variety of flavors, and “it’s healthier.” The first two motivations align with their desires when shopping for alcohol and love for experiences. But the fact that hard seltzer is perceived as healthier has clearly helped hard seltzer take off this year. Half of young hard seltzer drinkers say they’re drinking it because it’s healthier, and lower calorie and lower alcohol beverage options have been increasingly appealing to this generation.

The increasing popularity of these non-wine and beer alternatives is having an impact on the marketing. For one thing, while craft beer is still popular, we’ve noted that all beer might have a Millennial problem: between November 2016 and December 2019, the number who chose beer decreased from 64% to 54%, putting beer on shaky ground. Meanwhile, wine has its own struggles to contend with: in 2019, for the first time in 25 years, the amount of wine that Americans drank declined. Industry tracker IWSR tells The Wall Street Journal, “Millennials are just not embracing wine with open arms compared to previous generations, with the rise in low and no-alcohol products and general consumer trends toward health and wellness, wine is in a tough place.”

They’re certainly not the only ones feeling the struggle. According to Vice, Molson Coors is moving away from beer, and yes, Millennials are to blame. The company will be taking “Brewing” out of their name, and rebranding to Molson Coors Beverage Co. as they begin to focus on non-beer products. The brand explains that young drinkers’ focus on health, premium products, and moderation are the reasons behind the shift.

The alcoholic beverage industry is quickly changing to address young drinkers’ tastes—and though wine, craft beer, and other standbys are still considered favorites of the generation, there’s more competition than ever to actually get into their glasses, during those times that they are actually drinking.