The beauty industry is booming, and new celebrity-backed brands are coming for Gen Z’s self-care spending…

Not too long ago, every celebrity and their B-list best friend was launching a perfume à la Curious by Britney Spears—which Harper’s Bazaar reports has sold well over 500 million bottles since its 2004 launch. But while a fragrance still comes out with an A-lister attached every now and then, more celebrities are betting on the beauty industry trying to get their name into Gen Z & Millennial bathrooms. The shift makes sense: Young consumers’ interest in makeup and skincare is booming. Nasdaq calls the cosmetic industry’s outlook “radiant” and notes that skin care “is a major driver.” Nearly nine in ten 13-36-year-old females told us in our Wellness Intensified trend that skincare is important to them, and the demos’ routines have an average of four steps (aka four products). One-third even say they’re spending more on skincare in the past year. 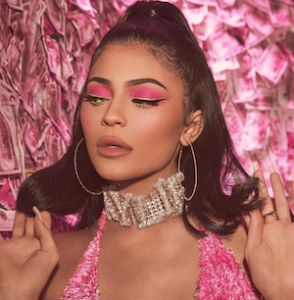 Rihanna and Kylie Jenner were some of the first mainstream celebrities to take advantage of this shift in spend and create brands that have set the bar for the rest of the industry. Rihanna ushered in the era of 40-shade-plus foundation ranges with Fenty Beauty, and Jenner’s Kylie Cosmetics won over young consumers looking to copy the celebrity’s famous pout. Both brands made Gen Z & Millennials’ list of hottest beauty brands, and swept the top three spots of up-and-coming beauty brands they’re excited to try, according to YPulse’s youth brand tracker.

The rest of the red carpet isn’t letting the opportunity to connect with and sell to young fans pass them by. A slew of celebrity makeup and skincare brands are being launched, and soon beauty lines will take the place of celebrity perfumes for Gen Z. Lady Gaga just launched her Haus Laboratories cosmetics company, per The Cut, which focuses on bold looks and takes a cue from Fenty Beauty by being inclusive. Gaga also made headlines by launching on Amazon Prime (which have been making inroads into the beauty space themselves), letting fans pre-order products on Prime Day—and they’re finally shipping, per Elite Daily. Stranger Things’s Millie Bobby Brown ‘leggo her Eggo long enough to create a “clean” skincare line that caters to teens, thanks to help from brand incubator Beach House Group, according to Glossy. Her line is already available in Ulta, Target, and, of course, online, where it’s selling out fast. Both are tapping their fans to build hype on social media (though Brown had a misfire on that front). And according to Vogue, the launch of Victoria Beckham Beauty is right around the corner, building off of the success she’s seen with her Estée Lauder capsule collections. 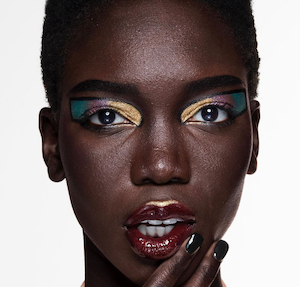 And those are just the confirmed celebrity lines—there are far more in the works. The entire internet was shook up when WWD reported that Ariana Grande had trademarked “Thank U, Next” for a  body care line. (Though the first product she dropped was, yes, a perfume.)

Hailey Bieber has also reportedly filed a trademark for “Bieber Beauty” which will sell “beauty and cosmetic products,” and Ciara announced at Beautycon that starting a line is “inevitable” for her, according to Paper Mag. This July, Selena Gomez trademarked her own name for a beauty product range, per Refinery 29, along with a description of what the company will sell: “fragrances, cosmetics, skin-care preparations, hair-care preparations, soaps, moisturizers and essential oils.” Another famous singer is making money moves: Cardi B says that a makeup line will be here “very soon,” reports Teen Vogue, following the viral success of her Tom Ford lipstick collab.

Then there’s Kim Kardashian-West, who, Dazed Beauty reports is predicting that the future of celebrity beauty brands will last at least a few years, because she filed trademarks for all four of her young children to have skincare, beauty, haircare, and more brands whenever they’re ready—or at least out of diapers. If there’s one thing the Kardashian-Jenners can be counted on to predict, it’s what young consumers will be buying next. Whether a brand lives in the beauty aisle or not, self-care and wellness are the spaces to be in right now to connect with Gen Z & Millennial shoppers, and celebrities are leading the way.

As the celebrity beauty wave grows, big beauty brands are increasingly tapping stars to be more than just faces in ads. L’Oreal Paris has released a Camila Cabello capsule collection they say is inspired by “the natural beauty of her hometown, Havana, as well as her own (extremely covetable) look.” This month, Nudestix (which Refinery29 calls a “Gen-Z beauty brand”) released a six-piece vegan makeup collection by Hillary Duff, who is an investor in the brand. In both cases, the celebrity in question was reportedly heavily involved in the creation of the lines.

North America
5 Brands That Were Made for Gen Z, From Their Maximalist Packaging to Inclusive Values
As Gen Z becomes the target demographic of an increasing number of industries, bran...
Western Europe
The Top 15 Retail Brands Among Gen Z & Millennials in Western Europe
With young Europeans’ looking for value and style when it comes to shopping, these ...
North America
Meet Generation Hired, A Virtual Resource Center Helping Gen Z Kick Start Their Careers
From personal branding tips to curated job postings, this platform is helping Gen Z p...