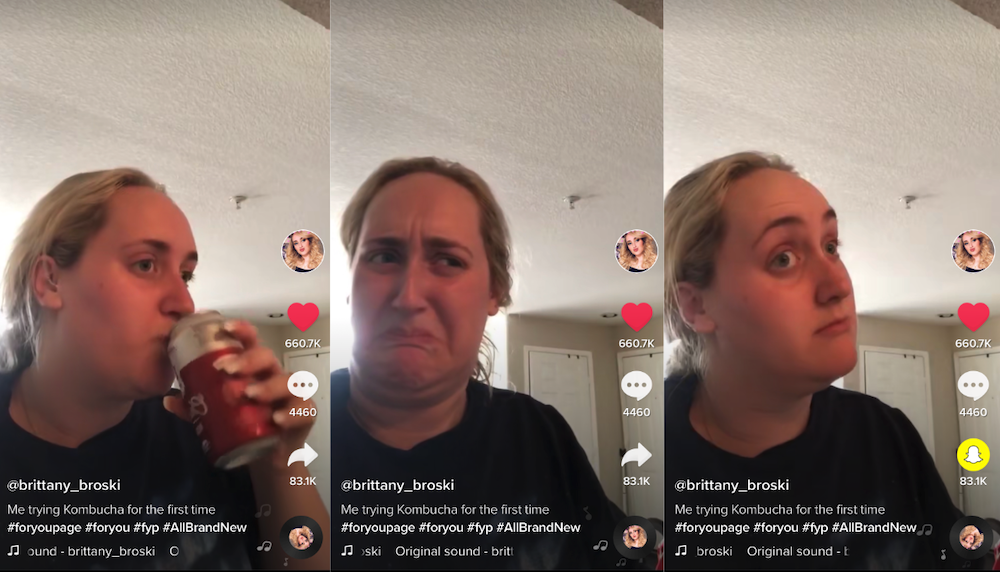 TikTok is creating a new class of online celebrities, many of whom were virtually unknown before the short-form video app’s democratized algorithm gave their content a chance. Here are 4 up-and-comers that brands should know about…

Our Social Media Monitor found that 19% of 13-17-year-olds use TikTok, and it’s having an outsized cultural impact that can’t be ignored. That’s because of the platform’s unique power to turn an obscure, one-off post into a viral trend. Many of the greatest memes of 2019 started with a single TikTok clip that went on to take over the internet. (Most recently, that’s a single cat video uploaded by a seventeen-year-old, per BuzzFeed News.) And that goes for songs, too: “Old Town Road” was propelled to the top of the Billboard charts after becoming a go-to background track for TikTok clips, while “Omae Wa Mao”—which was made in under-two-hours by a teenager—shot to the top of Spotify’s viral chart just last week after becoming a TikTok dance challenge, reports Rolling Stone. And the TikTok effect doesn’t stop with shaking up the music industry. It’s also creating entire subcultures, reminiscent of the punks and emo kids of generations past, including (but not limited to) e-girls and softbois.

Brands that want to ride this TikTok wave into teens’ hearts and minds are turning to influencers, leveraging networks that go way beyond a creators’ followers and home platform. According to the New York Times, TikTok’s key to success is that it fills feeds with algorithmic, rather than friends’, content, unabashedly prioritizing “engagement for engagement’s sake.” The main feed (called “For You”) is filled with content curated using artificial intelligence—before a new user follows anyone. Also, many of TikTok’s influencers aren’t just making culture waves on their home platform. In fact, some are having a bigger impact across other social media sites—meaning brands that work with them can cross-pollinate their campaigns without paying a cent. And if they do want to pay a cent to follow users around their smartphones, Adweek reports that TikTok is testing a new audience network capability for ads.

Business Insider ranked the most-followed TikTokers—including Loren Gray and Baby Ariel, who have about 33 and 30 million followers, respectively. (We called Baby Ariel out as one to watch back in 2016.) But we’re taking a look at the up-and-comers that could set a brand campaign apart from the crowd. Here are 4 on-the-rise TikTokers, ready to be tapped for teen-focused campaigns: 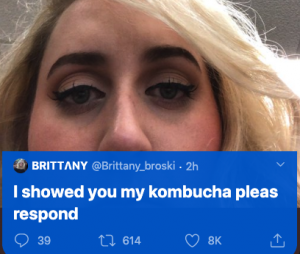 A clip of Tomlinson trying kombucha for the first time has 47 million views on Twitter and 3.8 million on the original TikTok video, not to mention all the views it’s racked up in reposts. Here’s the backstory behind the iconic moment, as told to Vulture: “I watched Cody Ko & Noel Miller’s vid on GT Dave and I was like, ‘omfg okay why not’ Bought a can from Walmart, cracked it open, set up my camera, and boom. The reaction is literally genuine.” That moment has become the perfect meme to explain users’ feelings about everything from reading back an essay they wrote to locking eyes with someone in a bar. Tomlinson has taken her newfound stardom in stride, even recreating the scene for fans IRL, trying drinks like Coca-Cola and unnervingly blue shots, per the Daily Dot. Several kombucha companies have reached out to send her merch and team up, but the opportunity for brands goes way beyond kombucha. 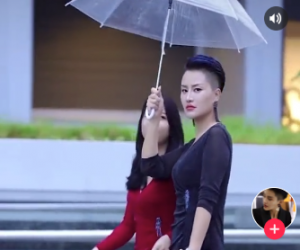 The internet is in love with Loora Wang, a fashion designer from China who entered TikTok’s collective heart as a mysterious woman wielding an umbrella as she sashays past the screen. Her sister, who guest-stars in many of her fashion-forward videos, was known as the “woman in red” by the internet, according to Distractify. The LGBTQ+ community guessed that the two were the most iconic couple TikTok has seen so far. But they were wrong: Wang clarified that they’re sisters, and even started tagging her posts “#sister” to make sure there were no more misunderstandings. But not everyone was disappointed by the news—since it could mean she’s single, after all. Wang now has over 12.3k followers on TikTok, and even though her only English language platform is TikTok, per BuzzFeed News, videos of her reposted to Twitter are racking up millions of views. The iconic umbrella scene especially has 4.9 million views. 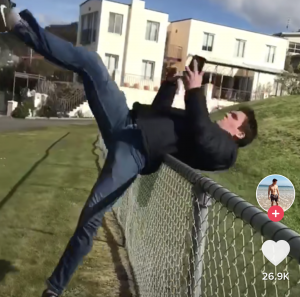 Jiemba Sands is no stranger to going viral on social media, but his short clips of creative acrobatics have lent themselves perfectly to TikTok, turning him into an even bigger star than before. A video compilation of @jiembasands’ greatest clips racked up over 28.6 million views on Twitter when it was posted by @tiffanyrg9 earlier this year. And that wasn’t the influencer’s first time going viral for his acrobatic stunts. He’s still known for his first foray into fame, which involved getting (really) creative to flip over a fence. People were quick to turn the moment into a meme about avoiding things that circulated around the internet, and ABC reports Sands was “blown away” by the over 20 million views he received on the original clip. Now, the creator has over 622k TikTok followers and 15.3 million likes. 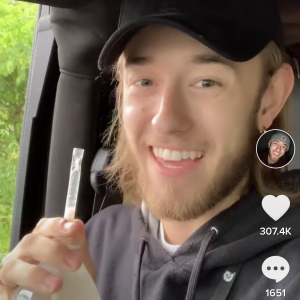 A small-time TikTok influencer is the reason why Lil Nas X’s “Old Town Road” topped the charts. Lil Nas X had about 3,000 Soundcloud followers when @NiceMichael turned his song into a TikTok clip (with the artist’s permission); after that video and countless others went viral, “Old Town Road” became a record-breaking, genre-bending hit and Lil Nas X landed major record deals. Now, NiceMichael is charging rappers for his TikTok videos, changing the way music is discovered and how influencers make money, according to Rolling Stone. In addition to “Old Town Road,” Pelchat’s upload of 10k.Caash’s “Kerwin Frost Scratch That” spurred users to create 1.5 million videos with the track while Flo Milli’s “Beef FloMix” was used by fewer than 500 people before Pelchat set it to a clip. Now, the single is featured in more than one million videos. Pelchat has built his personal brand on always smiling in his videos (hence the username), and now has over 927k followers on TikTok, along with 26.7 million likes.