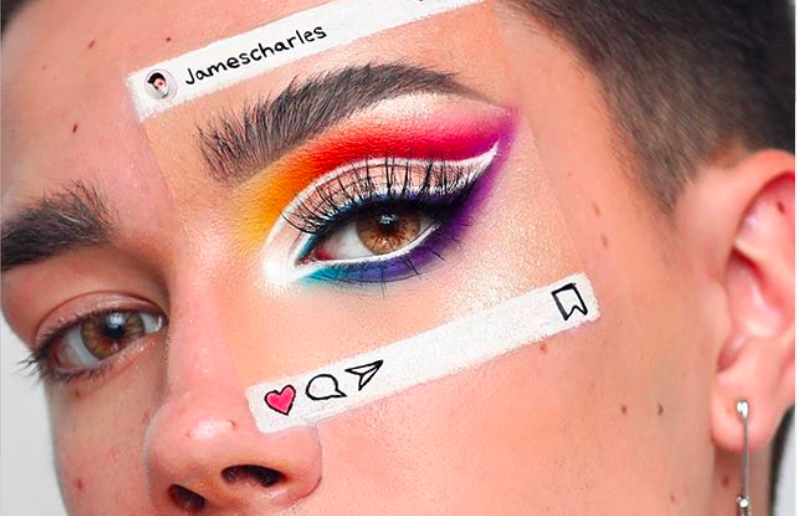 Online celebrities might have more influence over young consumers than ever before—so who are their favorites? We asked Gen Z and Millennials….

There are also new spaces that online celebrity is being made. TikTok has already become a viral star-maker, with young users racking up followers (and even launching mainstream hits) and Refinery29 reports the platform is full of of “e-girls,” influencers with a MySpace-reminiscent aesthetic. Virtual influencers are becoming popular, with non-human social media stars created using CGI, like Lil Miquela and Shudu, earning as many as 1.6 million followers. Brands are tapping these AI stars for fashion campaigns, paid posts, and much more.

But while the definition of influencer may be shifting in some ways, the importance of influencers hasn’t faded. Let’s face it: online celebrity feuds are earning as many views as some hit movies. (See: the recent James Charles and Tati Westbrook insanity.) We’ve seen the way that influencers can boost a brand’s sales, and research continues to show that young consumers are listening to online celebrities. When we ask about the public figures that 13-36-year-olds trust, YouTubers are second only to news anchors, beating out musicians, athletes, talk show hosts, and tv stars (politicians are at the bottom of the list). Our most recent survey on influencer marketing found that more than two in five 13-36-year-olds say they would be more likely to buy a product their favorite online celebrity recommended and around the same percentage have purchased a product recommended by an online celeb. Now, Instagram will let brands advertise directly from influencers’ accounts with a new feature that gives advertisers the ability to promote content under the influencer’s own handle.

Online celebrities are also increasingly being tapped for more traditional entertainment. YouTube star Lilly Singh is getting an NBC late night show, and famous kid unboxer Ryan has a greenlit Nickelodeon series. Insight Strategy Group found that eight in ten five-to-twelve-year-olds would watch a TV show or movie featuring a YouTuber or Instagrammer they know, and YPulse’s research found that 58% of 13-36-year-olds are interested in seeing online celebrities (bloggers, vloggers, YouTubers, Instagrammers, etc.) in more traditional content, like TV series and movies.

So, the power of online celebrities is changing, but not fading. So we’re continuing to keep tabs on Gen Z and Millennials’ favorite digital friends. In fact, our most clicked article of 2018 was the ranking of their favorite influencers—and we’ve got an update. In each of our social media monitors, we ask 13-36-year-olds, “Who is your favorite online celebrity?”* Here is a ranking of their most frequent recent responses:

Jenna Marbles has serious staying power. She’s at the top of the ranking of favorite online celebrities, rising from the number two spot in 2018. Her humor, relatability, and authenticity are what keep her (mostly female) fans subscribing. A 19-year-old female tells us, “She makes whatever she wants and she apologizes when she hurts people, while a 29-year-old female explains, “She is a 32 year old lady, I can relate.”

Shane Dawson rose in the ranks from 15th in 2018 to second on the list this year, while PewDiePie fell from the top spot to number three—a small dip in popularity that interestingly coincides with what Tubefilter calls the “decline” of his channel.

As we saw last year, the ranking is a nearly even split between what we would call “celebrities” (like Kim Kardashian, Chrissy Teigen, Will Smith, and Selena Gomez) and “online celebrities” (like Jenna Marbles, Shane Dawson, and PewDiePie)—signifying that for young consumers, an online celebrity is anyone they enjoy following on social media. And the “traditional” celebrities on the list are known for their outsized social followings, and internet breaking posts.