The Most Clicked YPulse Article of 2018 Is…. 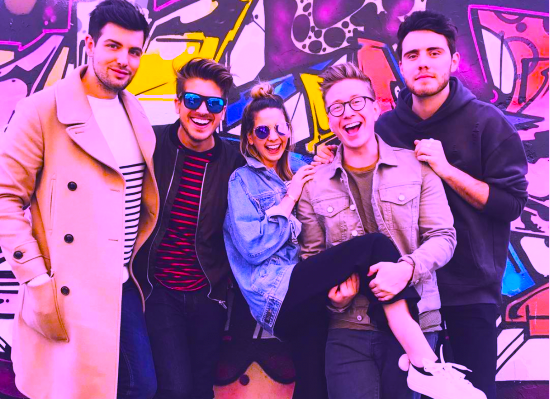 In 2018, the article that got the most attention was all about online celebrity…

This year, articles about brands—which Gen Z and Millennials trust most, and which they think are cool—earned a lot of attention. But our most clicked article of 2018 was all about online celebrity, and the shifting definition of internet influencers. Influencer marketing prices reached a high this year, with brands expected to pay more than $60,000 for a single praising post from a top-tier influencer and at least $85,000 to put down a competitor’s product, according to Wired. That’s a far cry from rates that one marketing consultant claims ranged from $5,000-10,000 in 2016. Considering that 42% of 13-35-year-olds tell YPulse they’ve purchased an online celebrity-recommended item, many are still willing to pay up. And that influence is likely why our most clicked article of the year was…

In the months since we released the YPulse trend report that took a deep dive into The Influencer Effect, influencer marketing has only gotten bigger—and more amorphous. While the online-famous are making big bucks (for themselves and brands) and companies are clamoring to strike partnerships in an effort to reach the elusive ad-skipping Millennials and Gen Z, The Influencer Effect is further fragmenting another youth mainstay: celebrity. We’ve covered the redefinition of fame plenty in the past, but the lines between what constitutes a celebrity and what doesn’t are getting even blurrier. It has everything to do with social media: today’s young consumers prefer online content and prioritize an intimate connection with their idols over the top-down inaccessibility of the celebrities of yore. And while this means that an Instagram personality with a million followers is as much of a celebrity as the actor du jour in the eyes of 13-35-year-olds, it also means that those more classic celebrities—the pop icons, film starlets, and rock stars—are better received when they maintain a strong social media presence.

That’s making the question of fame even more complicated. In each of our quarterly social media tracker surveys, we ask 1000 13-35-year-olds, “Who is your favorite online celebrity?”* We clarify that this could be a blogger / vlogger, social media star on YouTube, Vine, Instagram, Twitter, Tumblr, etc. and let them tell us their top pick. This time around, Millennial and Gen Z respondents listed upwards of 700 stars, the majority of which had just one vote, confirming that the days of a reigning handful of celebrities are dead and gone. But more than that, survey respondents listed everyone from YouTube stars to Rihanna to—wait for it—Donald Trump. When the president is listed is a favorite online celebrity, you know the definition of fame is getting hazy. That said, here are the top 15 favorite online celebrities among Gen Z and Millennials right now:

Who Is Their Favorite Online Celebrity?
13-35-year-olds

Let’s start with the obvious: This list is a nearly even split between what we would call “celebrities” and “online celebrities.” And while this could prove that the distinction between the two categories of fame no longer applies, it’s interesting to note that when we asked 13-35-year-olds “Who is your favorite celebrity?” last year, none of their top 15 answers included online celebrities. In fact, the list was dominated by musicians. So while the bastion of classic celebrity is still somewhat upheld among 13-35-year-olds, the definition of online celebrity is up for debate. After all, Beyoncé is known for maintaining a low profile on social media and is, of course, an international pop icon above all else. However, her less is more social media philosophy doesn’t stop young consumers from engaging with her online presence. Bey’s famed pregnancy photos quickly became the most-liked post in Instagram history with over 10.8 million likes, dethroning previous record holder Selena Gomez, who pulled in 6.6 million likes. (Although Kylie Jenner just stole the coveted crown). According to D’Marie Analytics, one influencer post from Beyoncé—if she were ever to partake—would be worth $1 million. So while Beyoncé—and Justin Bieber, Selena Gomez, Taylor Swift, and other conventional stars on the list—is not what we would classify as an online celebrity, the fact that her online presence is so monumental among young consumers makes the distinction more troublesome.

For those who do follow online celebrities, the top slots were snagged by arguably the most well-known YouTubers: the superstar Felix “PewDiePie” Kjellberg, who holds the record for the most followers on the platform at 60 million, and Jenna Marbles, the vlogging comedian who ranked number one on our list last year. In fact, most of the list is dominated by long-standing top YouTubers, with one less known name breaking into the top ten: Jackie Aina.

With two million followers, Aina has the smallest following of the list, but the vlogger is making waves in the hugely trending realms of beauty and skincare. With the tagline, “Changing the standard of beauty, one video at a time,” Aina isn’t afraid to get real about inclusivity in the beauty industry, appealing to the most-diverse generation to date—the generation that made Rihanna’s inclusive makeup line Fenty Beauty go viral. “She is the only ‘popular’ beauty blogger that is black and discusses issues within the makeup world that impact black women,” one 28-year-old female respondent said. And as a 20-year-old female put it: “She is one of the realest beauty vloggers on the internet. She calls out inequities in the beauty industry, especially when it comes to darker toned women.” As social media influence continues to define contemporary fame, we can expect to see more stars like Aina climb their way up the favorites list in the future.