Has Vita Coco Taken Crazy Brand Tweets Too Far? On The Viral List 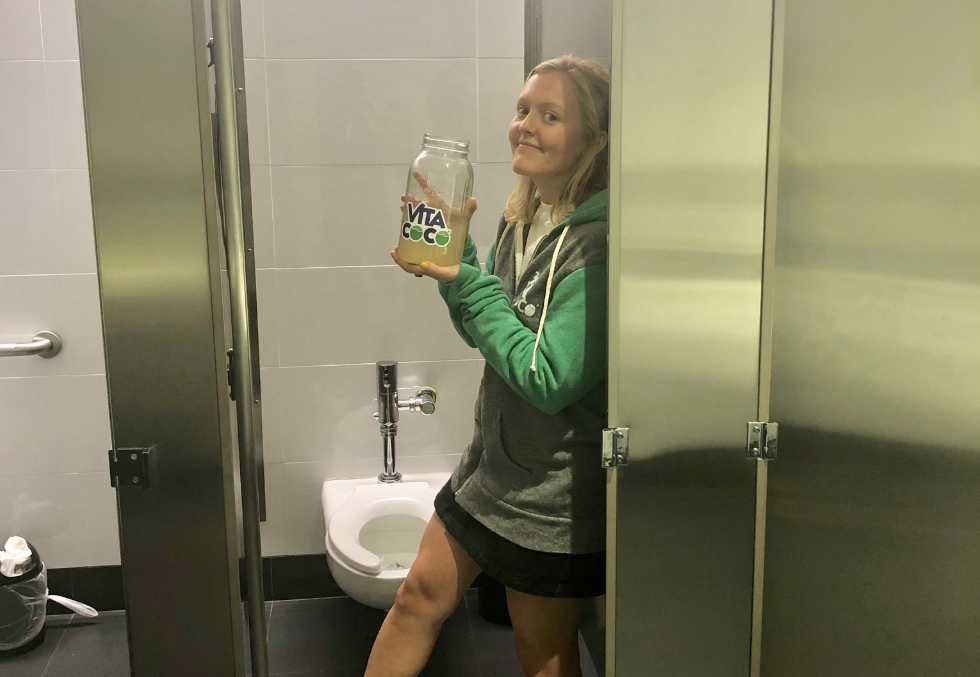 Food brand Twitter is stranger than ever, millions of followers were gained and lost in a beauty influencer feud, a new filter has Millennials re-downloading Snapchat, and more youth news sweeping through social media… 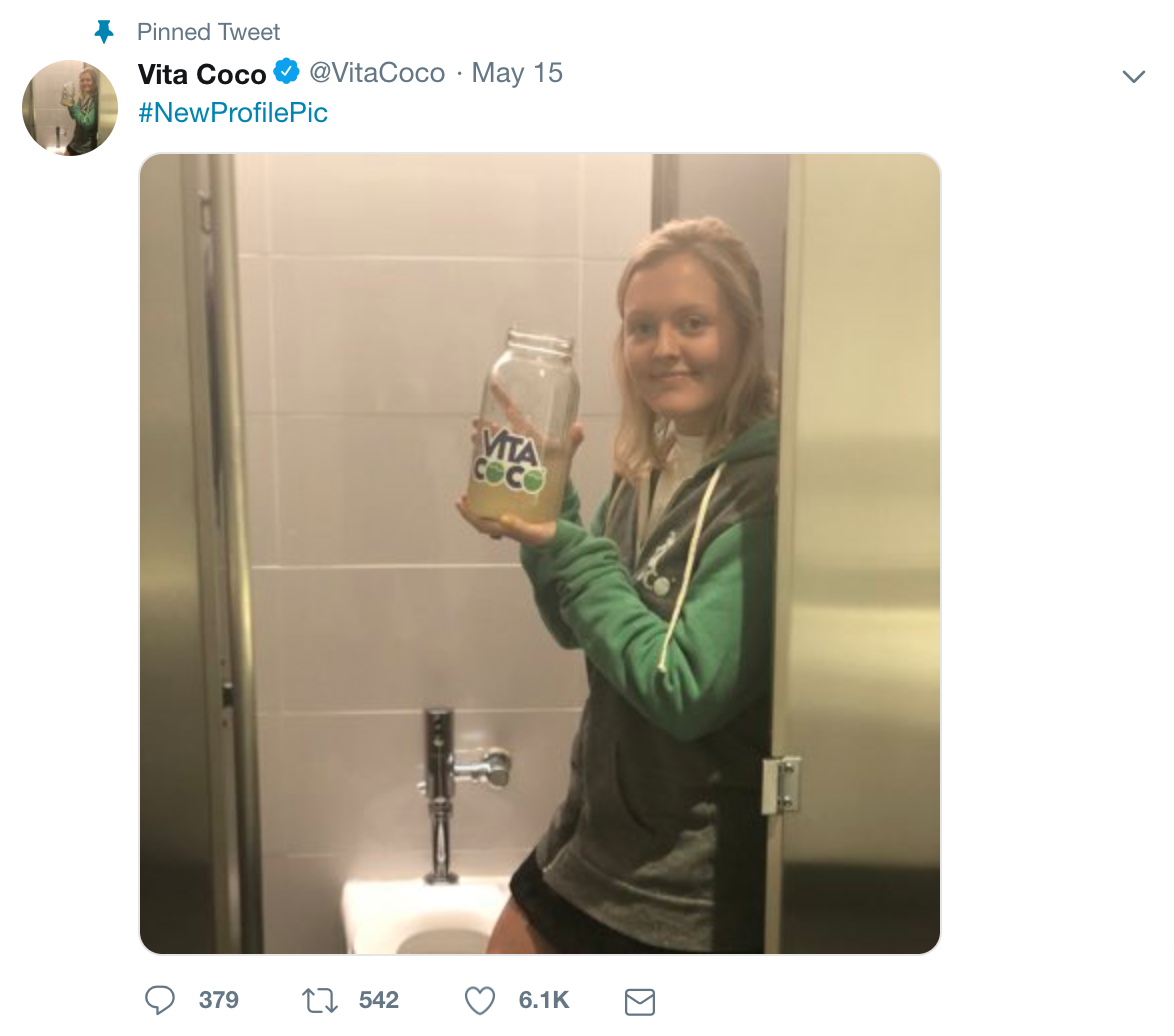 1. Vita Coco Upped The Ante For Crazy Twitter Accounts—And Grossed Everyone Out

Food brands have earned a reputation as the weirdest accounts on social media, going viral for ironic memes and behaving like humans (even when it makes everyone worried they’re actually depressed), but Vita Coco may have finally crossed a line. Vox reports that when the author of a HuffPost article called “Coconut Water Is Disgusting” tweeted, “Popular opinion: Coconut water is f**king disgusting,” Vita Coco decided to engage. The conversation culminated in the author writing that he’d “rather drink your social media persons piss than coconut water.” Vita Coco didn’t back down, tweeting back an image of an employee holding up a branded bottle of yellow liquid in the bathroom. They confirmed to New York Magazine’s @4evrmalone that the liquid is, in fact, “pee”—though they have just gone too far with their joke to turn back. 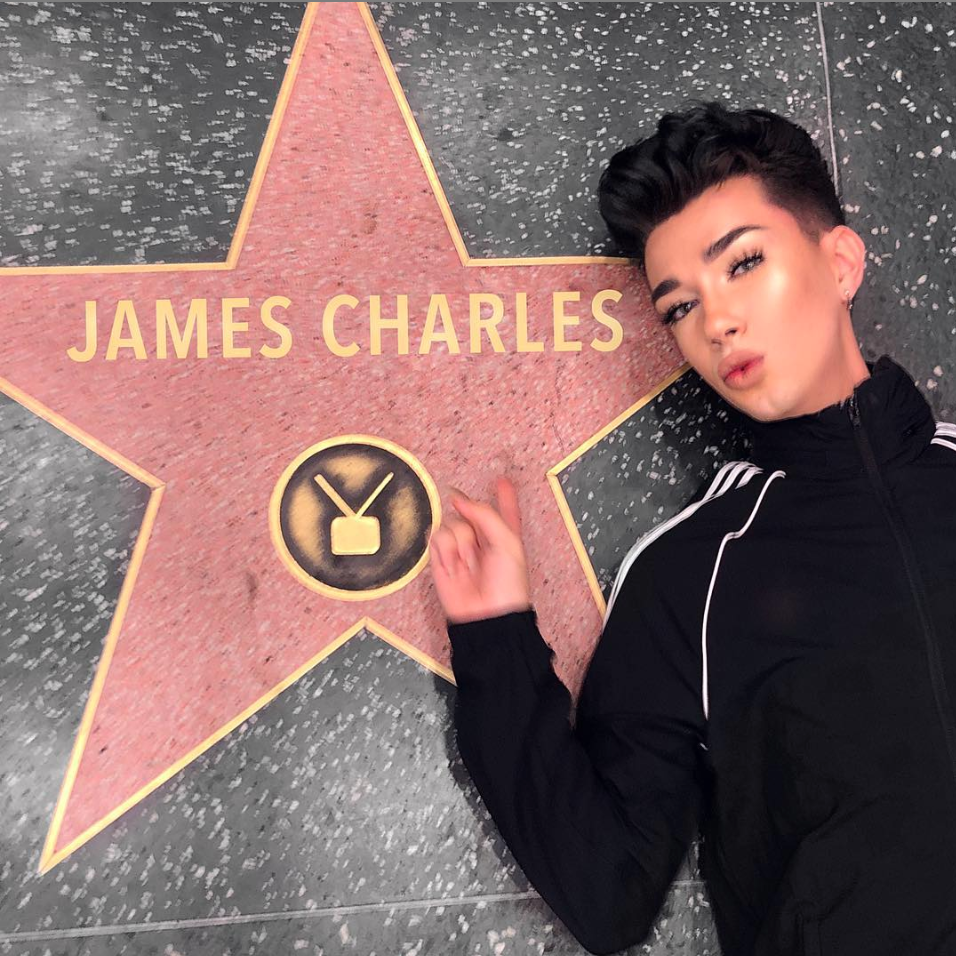 2. A Beauty Vlogger Feud is Has Millions on Subscribers in the Balance

The last time we covered a beauty blogger feud, hundreds of thousands of followers were at stake—this time, millions are. Veteran influencer Tati Westbrook posted a YouTube video taking down James Charles, the first male CoverGirl and full-on celebrity, that now has over 47 million views—and the story got so big even The New York Times reported on it. The former mentor drags Charles in the video for advertising for another hair vitamin brand than her own (yes, this is a quintessential influencer fight), and for allegedly “tricking” straight men. Many have joined the drag fest, but some are taking Charles’ side, calling out the age gap between the two as well as what BuzzFeed News calls “veiled homophobia.” Backlash to the backlash is brewing, per The Cut, and after losing millions of followers while Westbrook gained roughly four million, BuzzFeed reports Charles is gaining back what he’s lost. 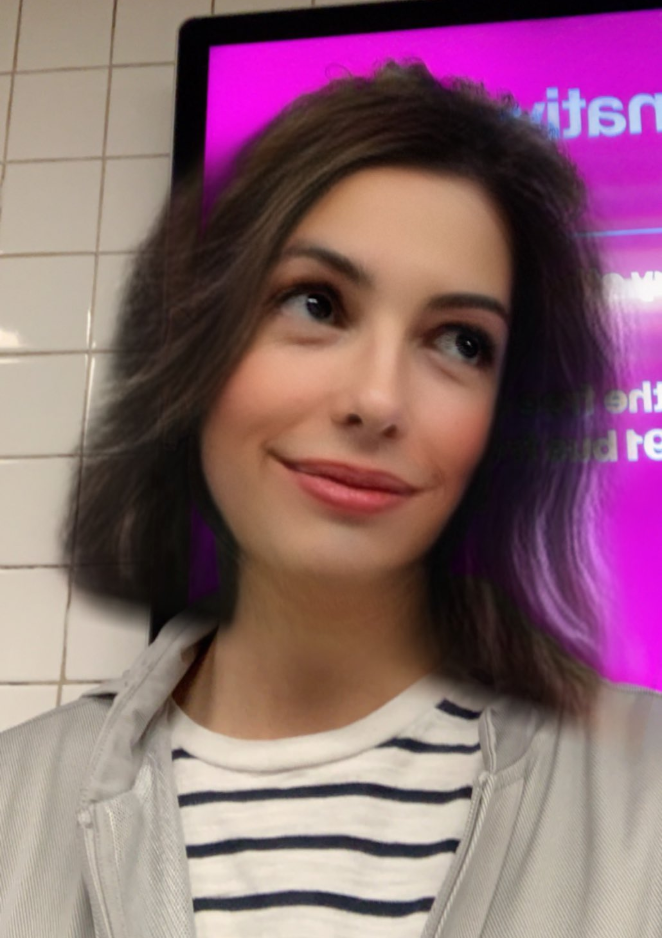 3. People Are Downloading Snapchat For This Gender Swap Filter

A new filter is making older generations redownload Snapchat as screenshots continue to spread like wildfire across social media platforms. BuzzFeed reports that many are getting back on the teen-favorite app just to use the filter and find out what they look like, as people go viral for, for instance, looking exactly like Anne Hathaway. And they’re not just applying the filters to themselves; they’re using them to change TV show characters, and per BuzzFeed, Game of Thrones is getting a gender-swap for the ages. Even though Snapchat use plummeted following their controversial redesign, we’ve found that the app has rebounded with Gen Z & Millennials—and filters like this could keep them top-of-mind. 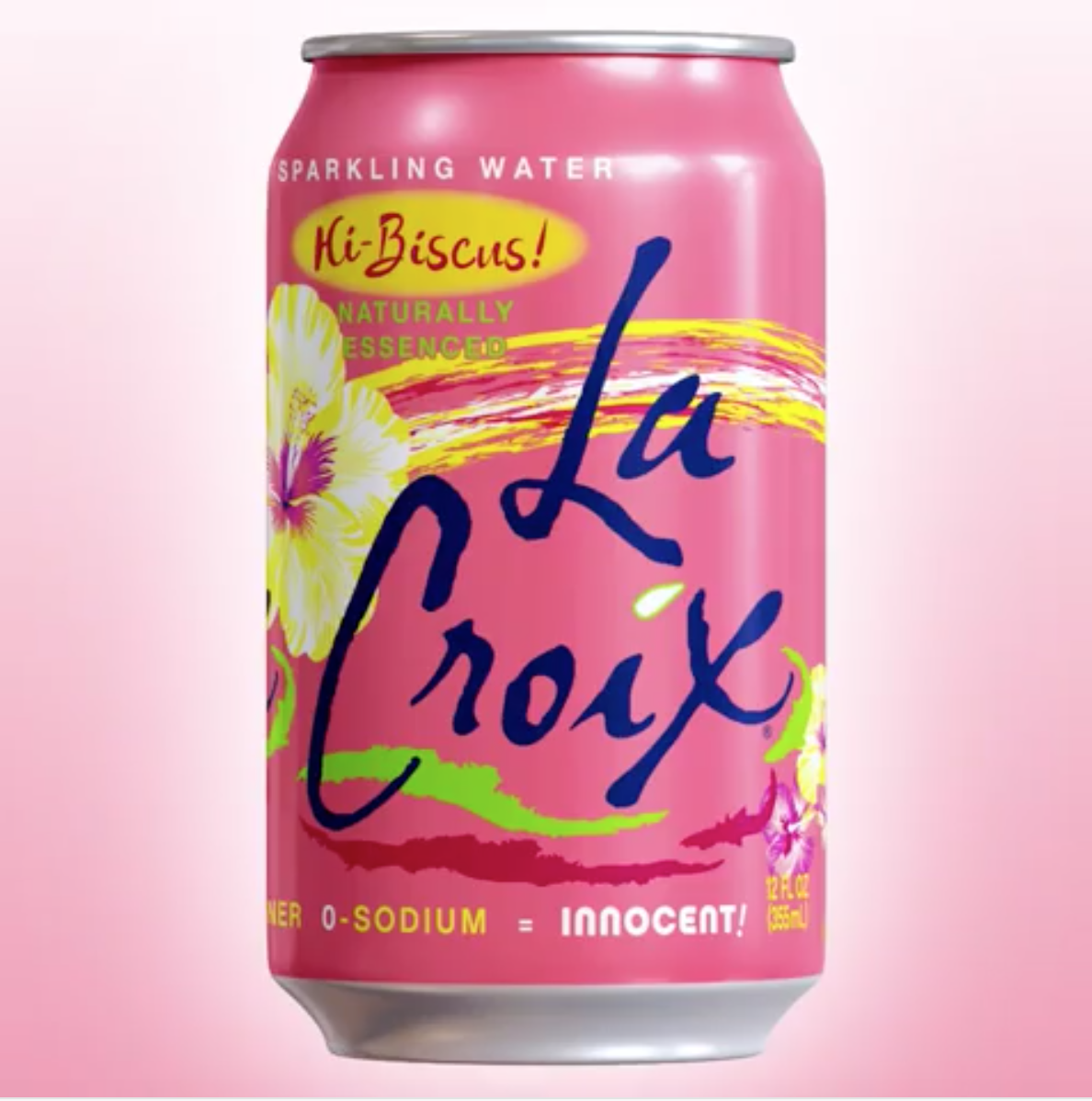 4. LaCroix’s New Flavor Does Not Satisfy The Internet

Over the last few years, LaCroix has evolved from a small-time sparkling water brand to a household name that brands like PepsiCo have attempted to imitate. Their rise is largely thanks to their strong Instagram presence, and they haven’t stopped leveraging the platform as they’ve grown. This week, they teased their first new flavor in two years with a post that’s racked up many guesses about what would be in the hot pink can, ranging from watermelon and raspberry to Pepto Bismol and ham. But it was none of those things, and some fans are disappointed, per People. Instead, they unveiled “Hi-biscus” via another Instagram post, reports Grub Street. But regardless of fans’ reactions, the Instagrammable beverage is clearly building up plenty of hype. 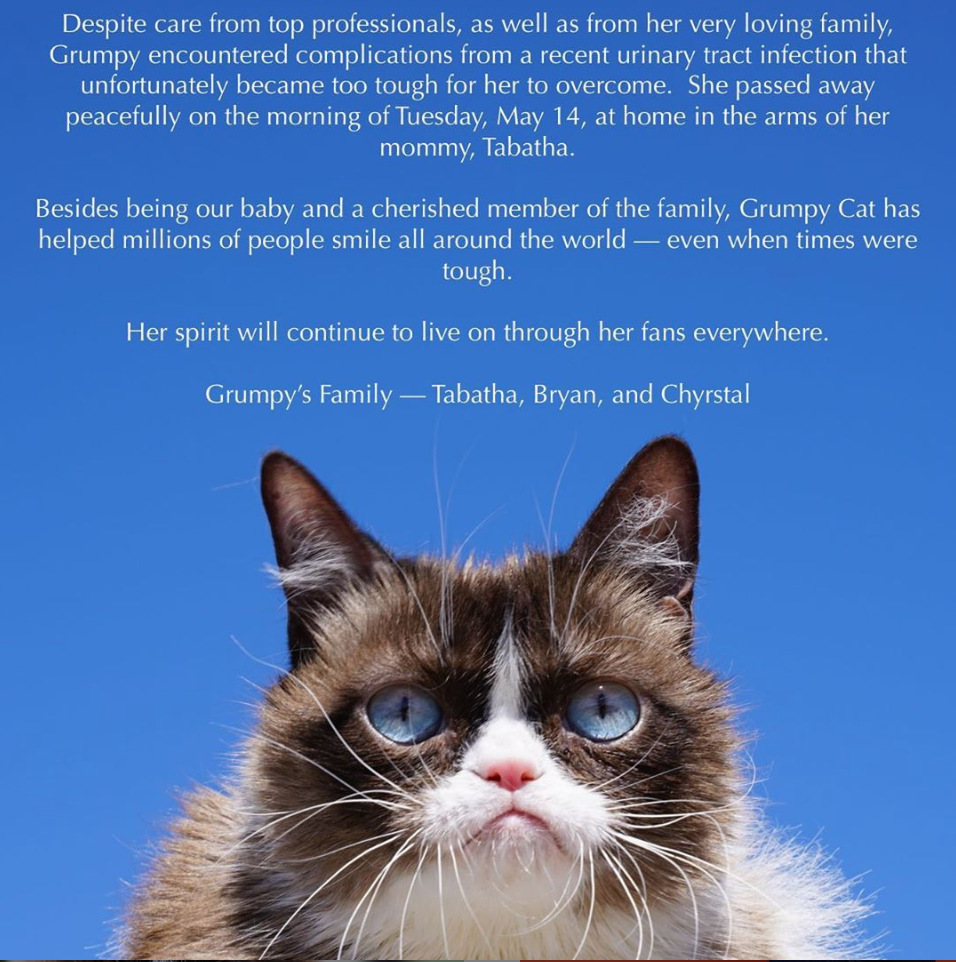 A new Kia commercial has hundreds of millions of views on YouTube, Bella Hadid and a CGI Influencer kiss in a new Calvin Klein ad (cue Squidward rocking back and forth meme), a pop culture pianist is going viral, and Grumpy Cat has passed away but his impact on the internet is forever.