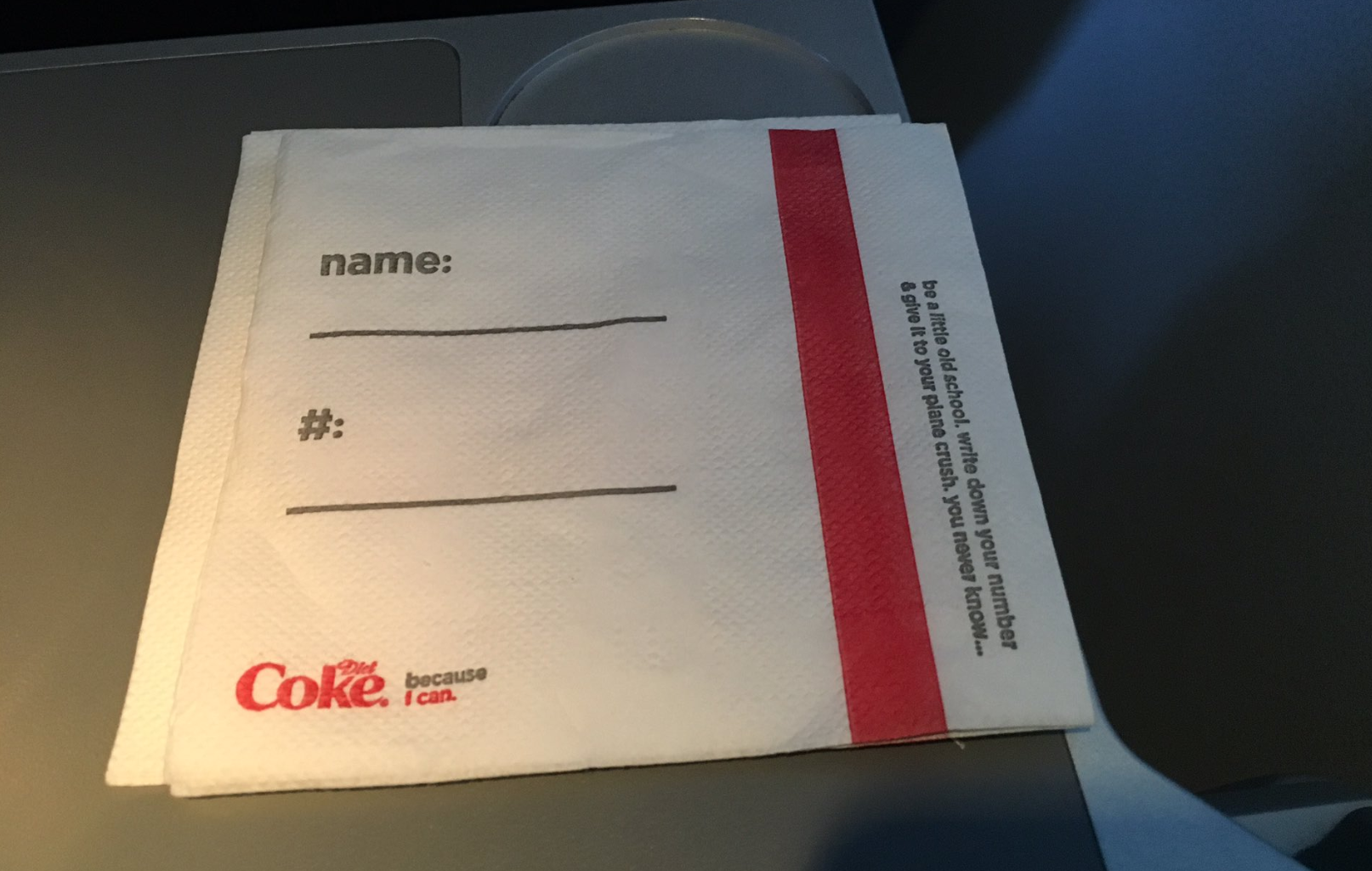 The internet is in a frenzy over Delta’s cocktail napkins, Sunny D’s depressing tweet is the latest example of food brands’ nihilism, Bud Light isn’t taking MillerCoors seriously, and more stories that are shaking up social media… 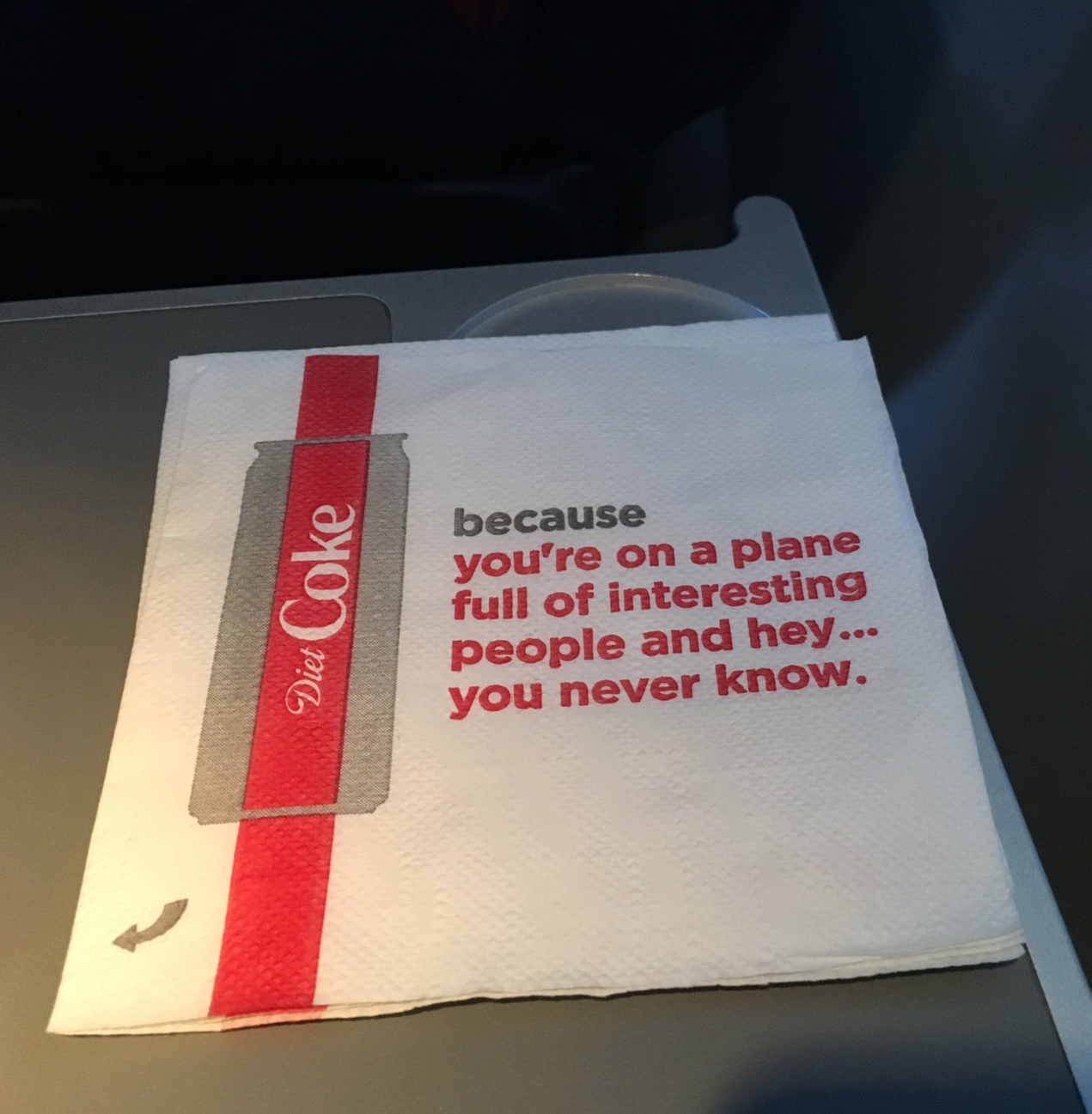 Coca-Cola’s Delta flight cocktail napkins encourage passengers to share their name and number with their “plane crushes”—and the internet is riled up. BuzzFeed News reports that an ongoing partnership between the two companies lets Coca-Cola swap out napkin creatives every now and then, but this time, many think they missed the mark. Some, like @ducksauz, called the creative “creepy AF,” and many also pointed out that the napkins could lead to unwanted advances and even harassment. However, not everyone thinks the PC Police needed to swoop in on this one, like @IreallyamJuliet who tweeted, “How anybody can find this genuinely creepy is beyond me.” Regardless, USA Today reports that the brands aren’t taking the risk: they pre-emptively started pulling the napkins in January and have since apologized. 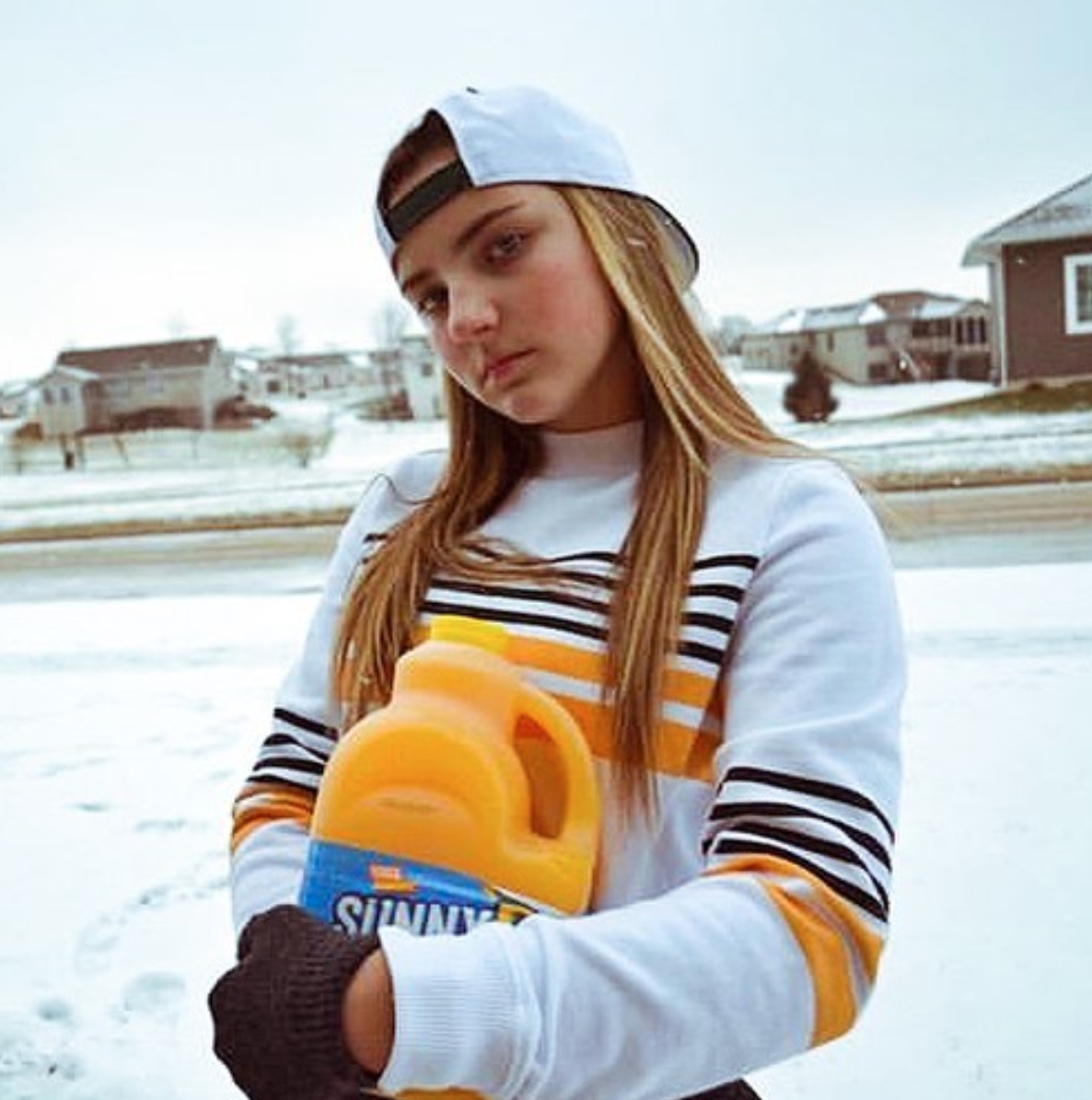 2. Sunny D Can’t Do This Anymore

During the Super Bowl, Sunny D posted a depressing tweet. Though the nostalgic drink’s cryptic message, “I can’t do this anymore,” was likely in reference to the boring on-field action, some interpreted it as a cry for help and sprang into action. This isn’t the first time a brand has opted for first-person nihilism (remember Steak-Umm’s viral rant?) but this time Eater reports that people are divided about whether they’re making light of depression or actually just being funny. SunnyD has been retweeting the more light-hearted reactions, and responding to the many brands who replied with uncannily human responses, like Moon Pie who wrote, “What’s going on sunny,” and Wikipedia, who sent a page on puppies to cheer up the beverage. However, other users tweeted objections, like @justkelly_ok’s “Depression isn’t like… a cute brand joke.” While Sunny D’s original tweet has over 336,000 likes and 147,000 retweets, this might not be the best brand strategy for going viral; take it from @winnersusedrugs, whose response to the Moon Pie conversation, “honestly f*ck the both of you” has over 6,100 likes. 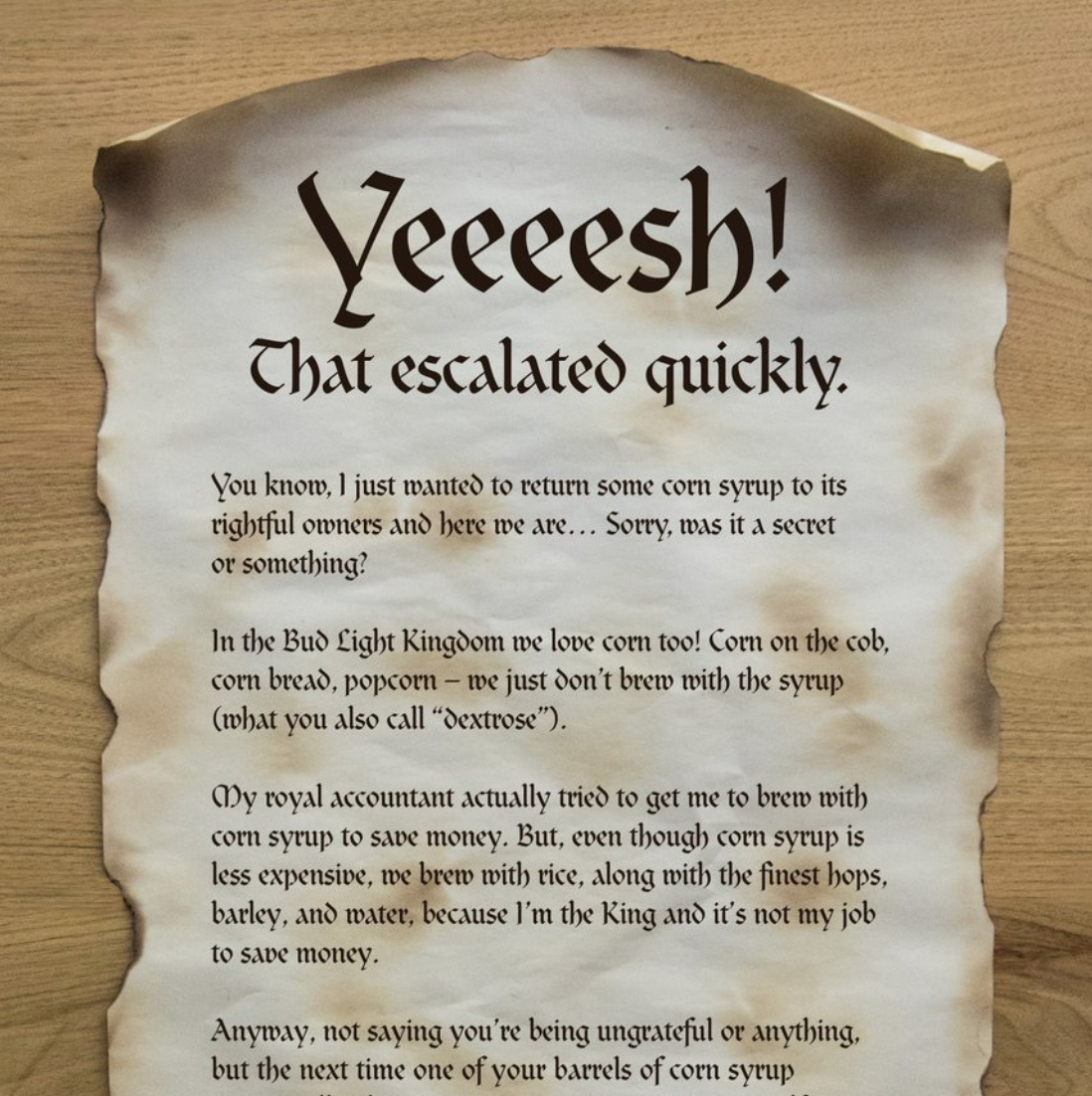 3. Bud Light and MillerCoors Are Still Feuding Over That Super Bowl Ad

It looks like MillerCoors took the wrong tone when they responded to Bud Light’s attack on their use of corn syrup. In a commercial, the Bud Light King returns a barrel of corn syrup to MillerCoors that is delivered to their kingdom by mistake. MillerCoors went the serious route to defend themselves, taking out a full-page New York Times ad and posting a formal defense of their ingredient choice. Big Corn was also fed up with ad, according to Fortune, and The National Corn Growers’ Association took the tone of a scolding parent, tweeting about how “disappointed” they are in Bud Light. But Bud Light seems to be winning this war by, as Forbes explains, keeping things light. They’re sticking with their typical irreverent brand tone, posting a proclamation on a scroll from the king of their imaginary light beer land that declares “Yeeeesh! That escalated quickly.”

4. Girl Scouts Are Hustling With Viral Cardi B Remixes

Ten-year-old Girl Scout Kiki Paschall remixed Cardi B’s “Money” with her own rap lyrics and posted the video that she and her mom worked together to write and record—her cookies sold out and she went viral. Insider reports that some of the lyrics include “Black girl magic, you know the deal, communities served, leadership skills” and a chorus of “I got girls in my troop, cookies to my roof. Money!” Not only did @girlscouts repost the video, which now has 2.4 million views on Twitter, but @iamcardib gave the post some love, reposting the rap and writing, “I want all the cookieshhh.” No one should be surprised to hear that Paschall’s cookies completely sold out and that her troop ordered some more. Now, Girl Scouts of America is encouraging a Cookie Remix Challenge as more Cardi B remixes flood their notifications.

This fan live-tweeting their encounter with Timothée Chalamet is so pure, an “It’s a boy” transgender reveal is making the internet a better place, fans don’t love the ending to Ariana Grande’s latest music video, and Twitter got mad at T-Mobile over a Super Bowl ad misunderstanding.