5 Ways Gen Z’s Childhood Is VERY Different From Yours 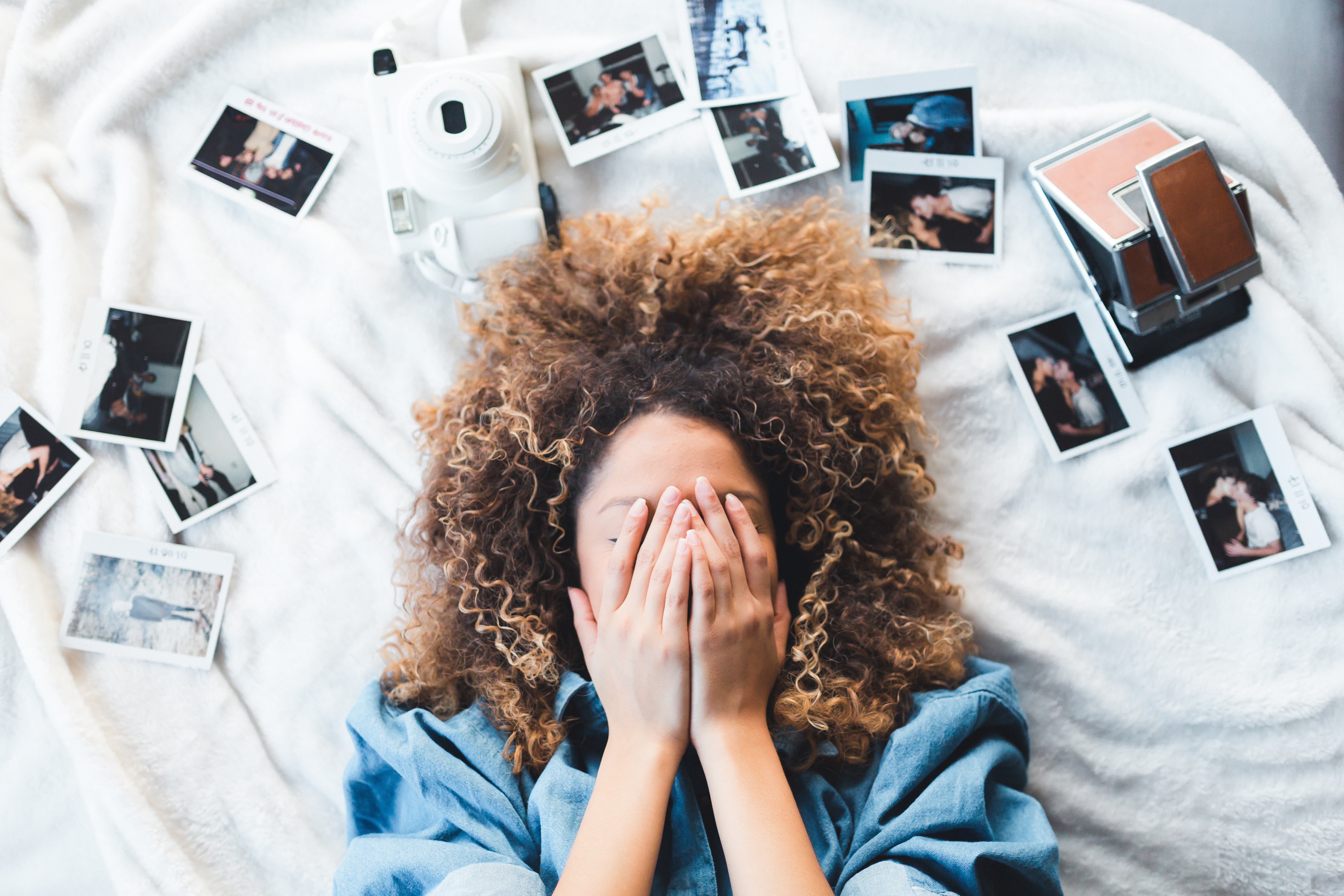 Generations are shaped by the events of their childhood, and Gen Z’s upbringing doesn’t look anything like yours…

Gen Z is entering adulthood. As we’ve defined them, the first of Gen Z was born in 2001, meaning the oldest members of the generation are turning 18 this year. But as they age into new life stages as a generation, and brands pay more and more attention to them, it’s vital to look at how they’ve grown up. We’ve told you some of the things that we’ve learned about the generation in the last year, including that they’re shopping with their morals in mind and that they’ve got a bit of a dark side—but some of the biggest differences between generations are built upon the historical context that each has. For example, Gen Z is showing they’re a more practical group, because they were shaped by the economic hardship of their childhood.

While most Millennials remember a time before the Great Recession, 52% of 13-17-year-olds say they don’t, meaning they grew up with a heightened sense of social and cultural anxiety that Millennials didn’t experience. Frugality is top of mind for them, and they approach shopping and brands with a very different mindset.

But that’s not the only thing that has distinguished this generation’s upbringing from those before them. Here are five more ways that Gen Z’s childhood is very different from yours: 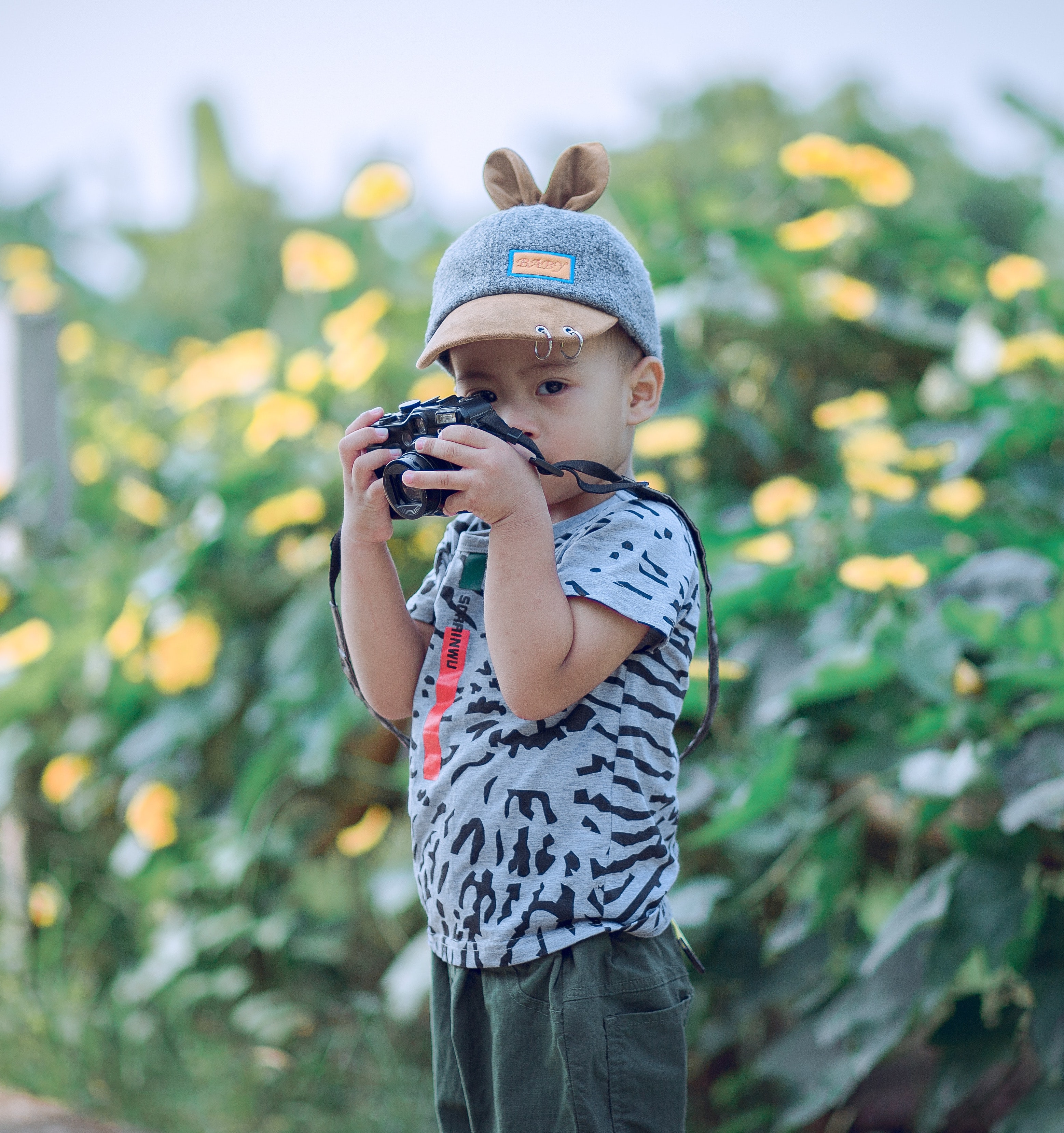 A lot of attention is paid to how much time teens are spending on social media, but while Millennials also spent (ok, spend) a huge amount of their time on social platforms, Gen Z has grown up with something unique about their digital presence: they’re the first generation to appear on social media before they’re even born. Parents start posting photos of their kids from the sonogram on, usually before that child is able to recognize what’s being shared about them. Now that Gen Z is older, it’s becoming a bit of an issue. According to Wired, teens have been “overexposed from birth,” thanks to parents posting their pictures on the platform, and they “can’t escape it.” Now, some are monitoring their parents’ Facebook activity to avoid embarrassment, and even have a say in what gets posted. The Atlantic also recently wrote about the controversy, reporting that Googling yourself can be a shocking “rite of passage” for kids unaware their parents have been documenting their lives. According to AVG, nearly a quarter of sonograms are uploaded to the internet while 92% of kids under two already have an online presence. While some children are excited to see their online identity (some brag about how many images pop up in search results), others are unhappy about the lack of control they have over their online image and are trying to take control. 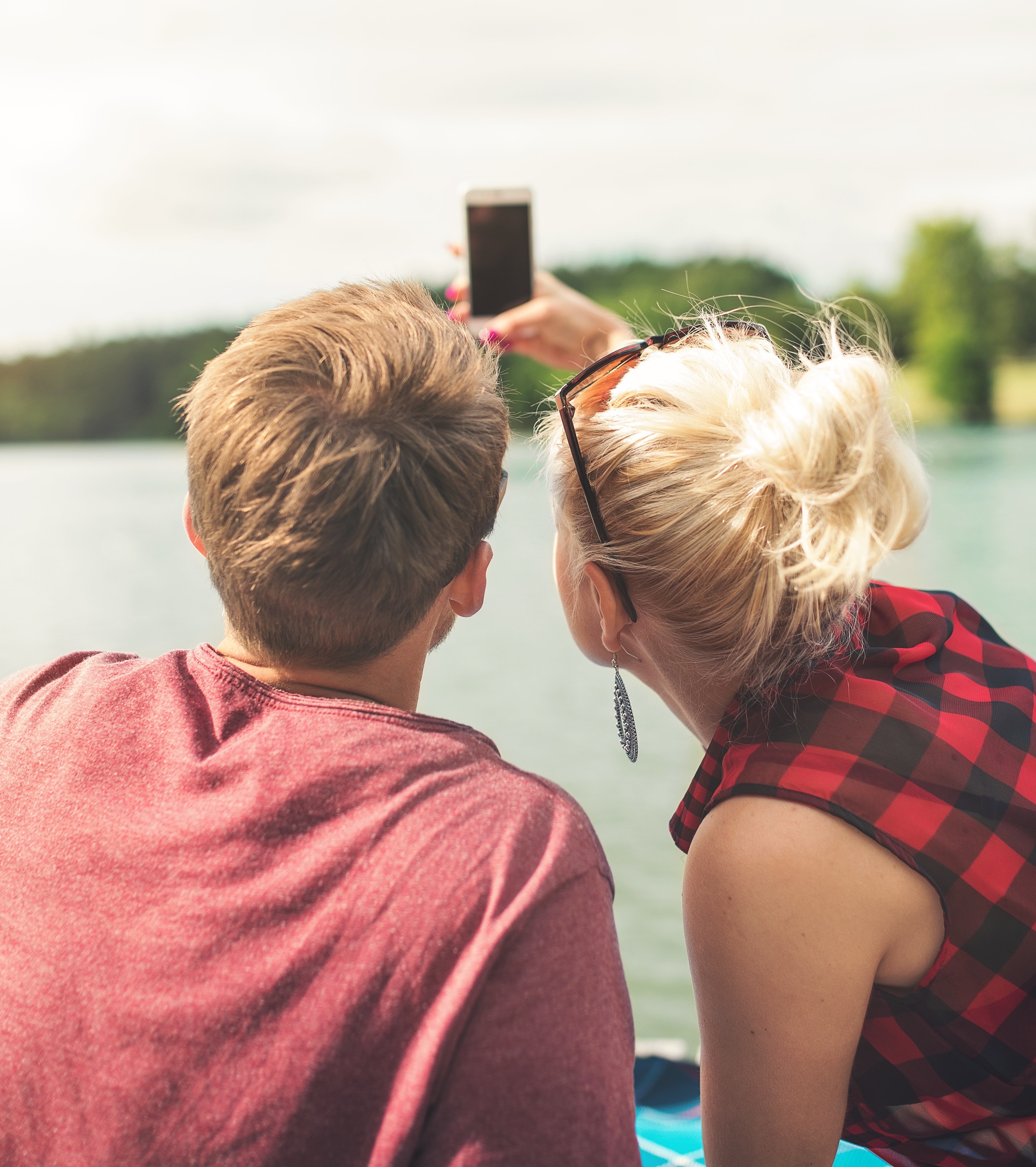 2. Their Friendships Are Built in Digital Spaces

But of course their relationship to social media isn’t all bad. They’re also the first generation to grow up with social media as a constant presence, and it’s seamlessly become a part of how they make and maintain friendships. The narrative around these young consumers is often that technology isolates, or “destroys” them; but as we wrote in our trend Friend Request, Gen Z sees tech as essential to maintaining their relationships. In fact, the majority say that technology is very/extremely important in helping them stay close to friends. In their experiences, social and chat platforms are major parts of navigating and building relationships, and from Snap streaks to Instagram comments, digital interactions have become integral parts of being friends as a young person today. More and more of their time with friends is spent in digital spaces, and new tools to hang out with friends virtually are being created all the time—in fact, 48% of Gen Z tell us they have video chatted with friends with while doing mundane tasks. For this generation, their friends are almost always with them. Of course, all of this digital friendship building can be a distraction: A teacher tracked all the notifications her teen students received during class—and found the class collectively received over 400 texts, 250 Instagram notifications, and 100s of other alerts. (Her post about the experiment went viral.) 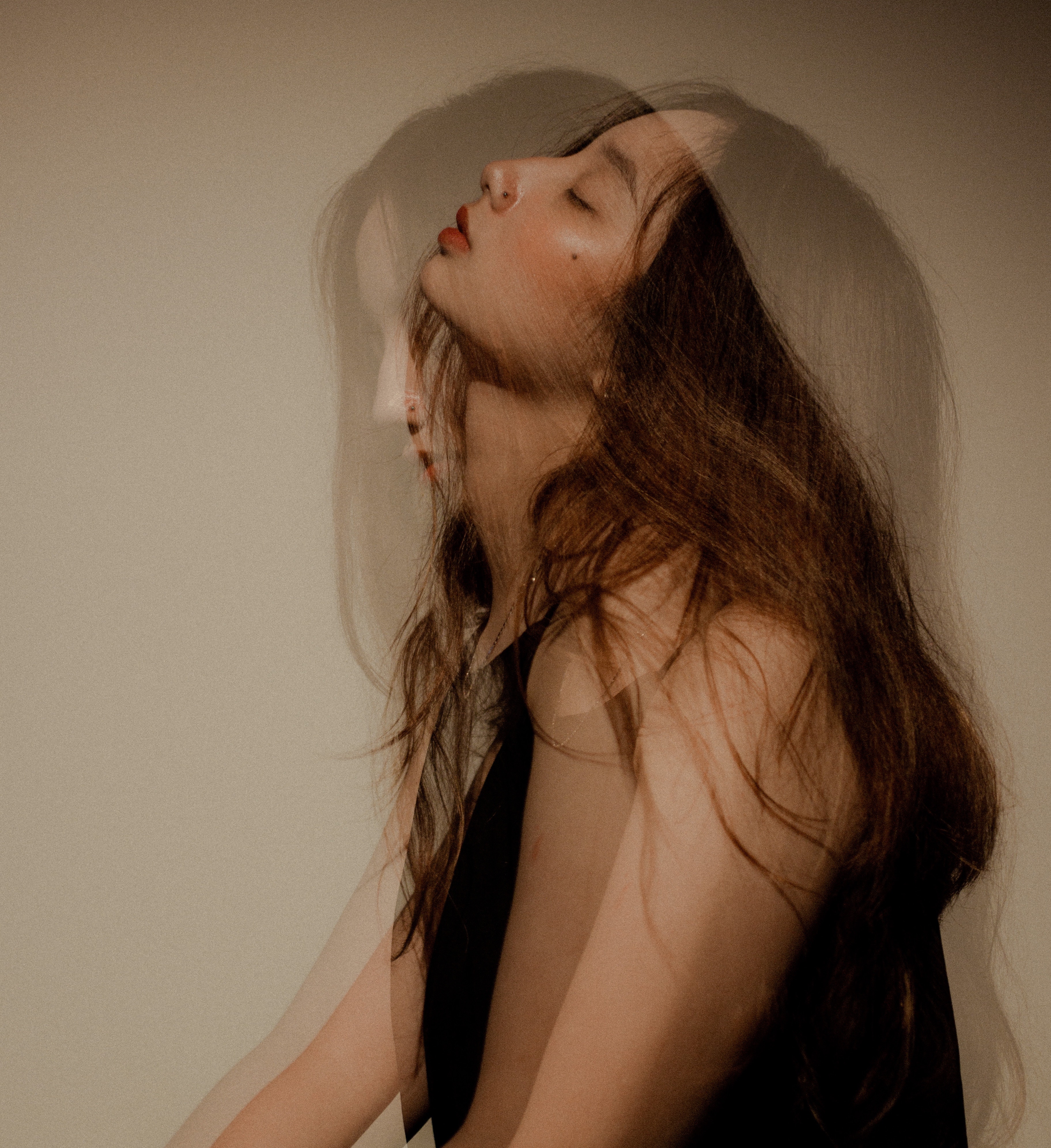 3. Mental Health is a Major Concern

As we’ve said before, Gen Z has been marked by violence at a young age—there’s a good reason that gun control is one of the top causes that they’re passionate about. It’s also impacted their mental health, and The Economist reports that Gen Z thinks mental health issues are the biggest problem they face. About 70% of 13-17-year-olds told the Pew Research Center that anxiety and depression were major issues among people their age, with only a small portion saying they’re not a problem. The Washington Post also writes that anxiety among teens continues to rise. Some of the rise may be attributed to increasing awareness of mental health, but there’s more to it than that. One expert explains that teens are “growing up in an environment of volatility” and “that anticipates catastrophe.” It’s no wonder Gen Z is so involved in causes and activism—it all hits home for them—and YPulse has found they’re more likely than Millennials to say they constantly feel stressed, and that they’re anxious about the future. 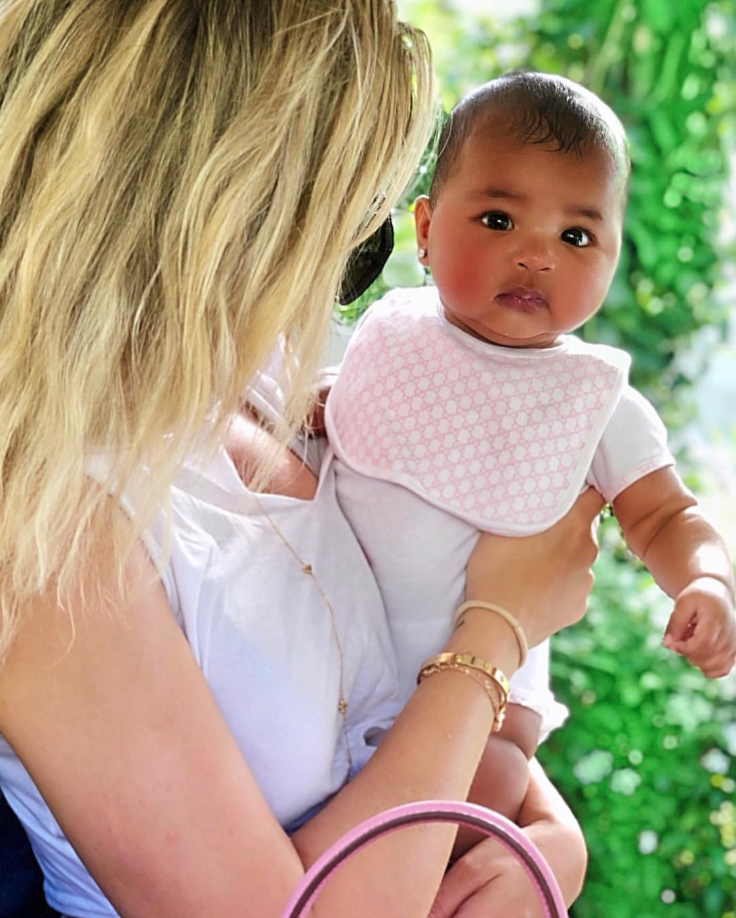 3. They’re Living in a Filtered World

Few Millennials growing up knew the word Photoshop—but the ability to alter and “perfect” images has become the norm in Gen Z’s nascent years. In fact, the tools to filter and fix images have become democratized. They’ve grown up with the digital tools to change what they look like in their hands. Almost four in ten 13-17-year-olds tell YPulse that they always use filters on photos of themselves that they post to social media, and nearly three in ten say they always edit their photos before they post them. Even school pictures are getting a makeover as high school acne and grade school tooth gaps are Photoshopped out. Glamour reports that parents are opting to fine-tune their children’s “flaws” using Photoshop packages from school and family photographers. The impact of all this filtered and perfected imagery is twofold: on one hand, there is more pressure than ever on this generation to appear perfect. On the other, they are growing up with an awareness and skepticism about what is “real” that no generation before them has had. It’s also causing them to embrace those who reject the trend: brands like Aerie are leading the charge with un-edited campaigns, and winning them over. 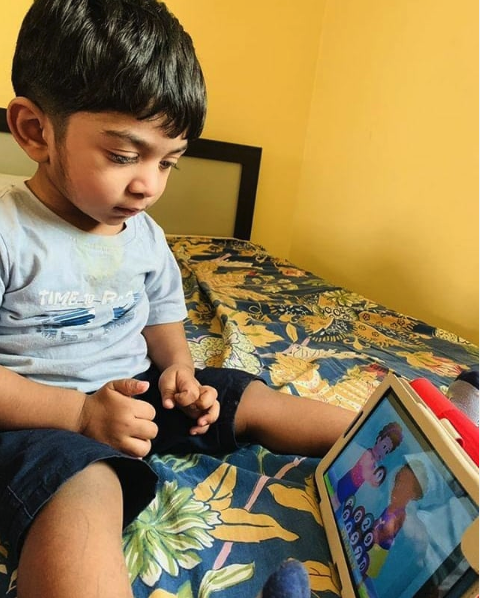 Gen Z is more likely to watch video content on YouTube weekly than any other platform, including cable. According to our most recent media consumption survey, 69% of 13-17-year-olds watch video content on YouTube weekly, compared to 21% who watch cable weekly. The impact of this massive media shift is enormous. For one, obviously, Gen Z is not growing up watching commercials the same way any generation before them has—their relationship to ads is that they’re in control of how many and how much of them they watch. (They can ignore or skip them, after all.) But the fact that YouTube is their top entertainment source also changes the kind of content that they’re watching—drastically. Of course, the rise of influencers and YouTube celebrities is a clear result of this. But there are more subtle shifts at play as well. According to The Atlantic, the biggest kids’ content creators today are YouTube upstarts, not traditional media companies. Channels like ChuChu TV and Billion Surprise Toys are garnering views in the billions for weird content that catches kids’ eyes with “bright lights, extraneous elements, and faster pacing,” as one expert puts it. Viral videos like “Johny Johny Yes Papa” could train kids’ brains’ to expect the same elements of all content, undermining less flashy educational endeavors.