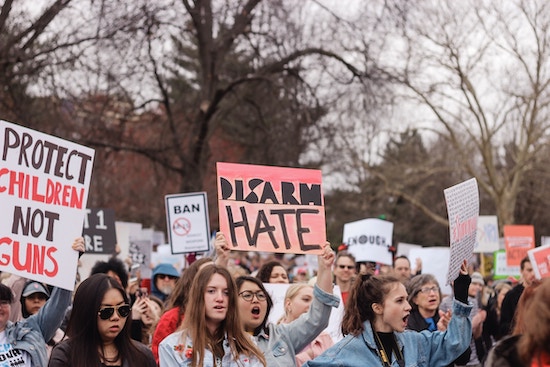 They’ve grown up in different times, and the causes they care about are different too…

Gen Z and Millennials have proven that they’re far from apathetic. From youth-organized marches to online activism movements, these young generations continue to show that they will rally behind the causes that matter to them. But they’re not just making signs and sharing hashtags: 59% of 18-36-year-olds and 29% of 13-17-year-olds tell us that they’ve donated money to a charitable organization in the past year.

The majority of young consumers also tell YPulse that all brands should do some sort of social good/charitable work, and that brands should make the social good/charity work being done clear so they know what the brands are supporting. Four in five tell us that they buy products from brands that support the causes they believe in. Our trend From Causes to Crises explored their expectations of brands and social good, but we continue to keep close track of the causes that matter most to them. But while both Gen Z and Millennials want to make a difference and expect brands to be active in social issues as well, the causes that matter most to them aren’t necessarily the same. It makes sense. A generation’s core values are shaped by the events in their formative years, and Gen Z and Millennials grew up in very different times.

In our post on how we define Gen Z, we explained that those children born during and after 2001 became conscious within a dramatically different global climate, and have grown up with a heightened sense of social and cultural anxiety that Millennials did not experience during the long boom of the ’80s and ’90s. Some of the biggest differences between generations are built upon the historical context that each has, and the historical events that have bookended Gen Z’s and Millennials’ lives are, of course, markedly different—and it’s reflected in what they care about most.

YPulse’s recent causes/charity and activism survey asked 13-36-year-olds what causes they’re passionate about, and their responses show that Gen Z and Millennials are focused on very different issues: 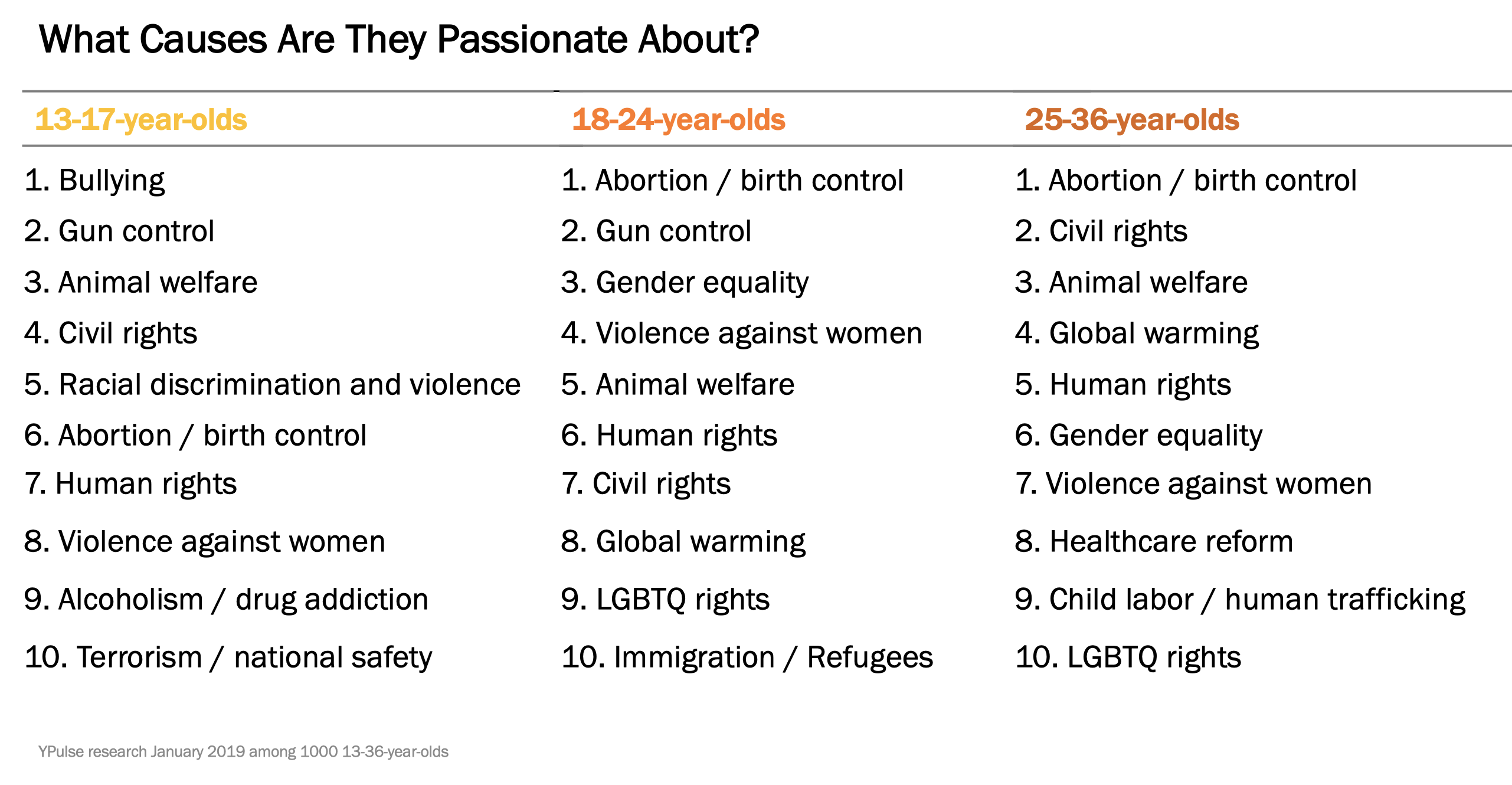 While abortion/birth control is the top issue that 18-24-year-olds and 25-36-year-olds are passionate about, bullying tops the list for 13-17-year-olds. While some of their passion about the issue is likely age-driven, they’re also the first generation to grow up on social media—a force that amplifies bullying to a new level.

But another major difference between these lists is the fact that gun control is the number two issue that 13-24-year-olds are passionate about, while it doesn’t make the top ten list for 25-36-year-olds. Older Millennials grew up when school shootings were less frequent—and certainly not integrated into regular school safety protocols. Their upbringing stands in sharp contrast to Gen Z, many of whom have regular school shooting drills, and attended school while school shootings have become regular headlines. It’s clearly made an impact. Time reports that three in four 15-17-year-olds cite mass shootings as a key cause of their anxiety. Additionally, 15-21-year-olds were more likely than older respondents to say that headline-making issues like school shootings and gun violence were sources of their stress in a study by the American Psychological Association. It’s interesting to see that the post-9/11 generation is also the only group to have terrorism/national safety make their top ten ranking.

While the differences between the generations are clear here, there is a fair amount of cross-over between these groups. Animal welfare, civil rights, violence against women, and human rights are in the top ten list of causes they’re passionate about for all.