Here’s The Lowdown on Gaming in Western Europe 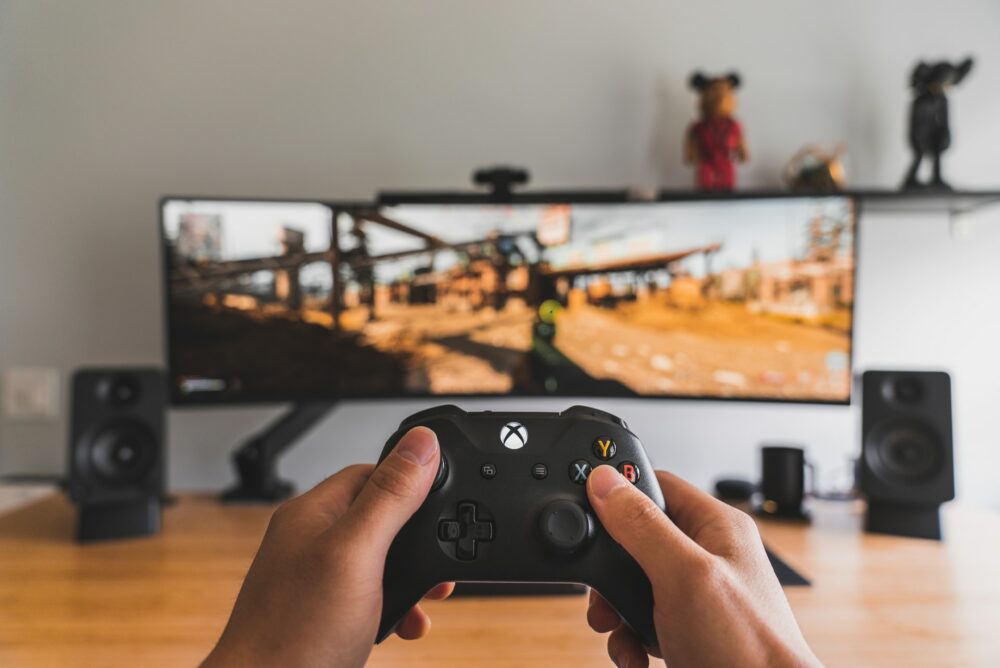 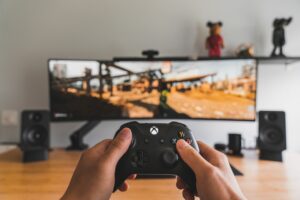 Gaming is one of the most popular forms of entertainment among young consumers now. These four stats tell you everything you need to know about video games in Western Europe…

We’ve said it before and we’ll say it again—gaming boomed among young consumers during the pandemic, and it’s no different in Western Europe. Yes, video games were a big deal even before COVID, but the long days (and weeks and months) spent in lockdowns spurred Gen Z and Millennials in Western Europe to spend even more time in these virtual worlds than ever before to escape their boredom—and even support their mental health. And though much attention has (rightly) been paid to the amount of time young consumers spent watching video content over the past two years, in YPulse’s recent WE gaming survey, young Europeans self-reported spending an average of eight hours more per week playing video games than watching TV shows and movies, highlighting just how integral gaming has become in their lives.

It’s no wonder then that gaming has also evolved beyond, well, games. For young consumers, gaming spaces have also become hotspots for social interaction, virtual events, and even fashion—and have therefore become the latest hotspot for brand marketing, too. With all this in mind, here’s are four stats that dig deeper into gaming’s role in Western Europe now: 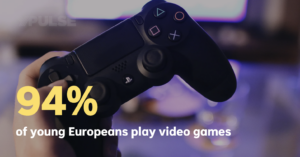 Nearly every young European plays video games in some capacity.

When we asked 13-39-year-olds in Western Europe how often they play video games, just 6% replied “never,” meaning a whopping 94% are playing at least sometimes and in some capacity. While this does include the occasional indulger, the vast majority of young Europeans say they’re playing weekly or more on mobile and consoles, while more than half are playing computer games weekly or more. Mobile games are by far the most popular kinds of games in Western Europe, with 91% of 13-39-year-olds in the region playing on their phones. In fact, YPulse’s mobile/app behavior report found that 66% of young Europeans are opening gaming apps on their phones weekly or more, and 49% report doing so every day. Clearly, gaming is more than mainstream in Western Europe; it’s nearly universal. And while quarantines may have bumped up the amount of time young Europeans spend playing, life post-COVID likely won’t look much different… 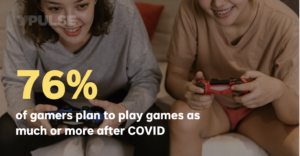 More than three-quarters say that even after COVID, they’ll play video games as much or more than they do now.

In our recent WE TV and entertainment survey, we asked young consumers to imagine their lives post-COVID and to speculate whether they’ll do certain activities more, less, or the same amount. When it came to video games, just 24% of young European gamers said they plan to spend less time playing after the threat of COVID has passed, meaning the vast majority plan to play games as much or more, regardless of their increased ability to get out of the house and do things IRL. What’s more, 17% said they’ll play more. This is even higher among young males, 19% of whom say they’ll log more gaming hours in the future, and young French consumers, 21% of whom say they will. Indeed, gamings’ user base is only expected to grow as the metaverse (the idea of a massive, centralized virtual community) becomes more common—and as more celebrities and brands make their way there to create bespoke virtual experiences to attract young audiences. 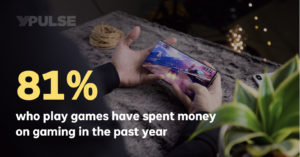 Four in five who play games have spent money on or inside video games in the past year.

Young Europeans aren’t just spending their time inside video games; they’re spending their money, too. A full 81% of 13-39-year-olds who play video games say they’ve spent on a game or spent inside of a game in the past year. The European video game market increased by 22% year over year in 2020, reaching £23.3 billion ($26.57 billion), and is only expected to get bigger. While the games and consoles themselves make up a portion of their spend, young Europeans are increasingly spending on virtual items, too: nearly a third have purchased in-game virtual goods or have paid to unlock new levels/features. Our TV and entertainment report also found that a third of European Gen Z and Millennials (and nearly half of young males) are also spending on video games subscriptions every month. Indeed, subscription services have seen a surge in spending over the past two years. Microsoft’s Xbox Game Pass saw its user base nearly double from 10 million subscribers in April 2020 to 18 million in January 2021. Meanwhile, mobile games (the most popular among young Europeans) are also seeing major growth. Research from App Annie shows that the 10 highest-grossing European mobile games pulled in close to $2 billion in the third quarter of 2021—almost 9% of the total global consumer spend for the quarter—while TK predicts that the mobile game market will grow at a compound annual growth rate of 9.6% over the next four years, reaching $18 billion by 2025. With so much cash flowing into gaming, it’s clear why… 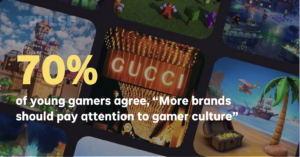 The majority of gamers think brands should get involved in gaming.

We’ve been saying that the future of marketing is inside video games for a while now, but if you won’t take it from us, take it from young consumers themselves: 70% of 13-39-year-olds in Western Europe say that brands should pay attention to gamer culture, and more than half say more brands should work to get their products featured in video games, too. In-game marketing has spiked over the past few years, and many brands have launched successful campaigns inside young consumers’ favorite virtual spaces. Some of Europe’s biggest luxury brands have released digital fashion fits inside the metaverse, including Gucci, Balenciaga, Louis Vuitton, and Burberry, while car brands such as Lamborghini and Toyota have hosted virtual test drives via Twitch, and Pizza Hut hosted a series of esports tournaments in an effort to break into the European market, which proved successful. With young Europeans expected to keep spending their time and money inside video games, brands that don’t tap gaming’s massive marketing potential will be missing out on a major opportunity to reach these generations.