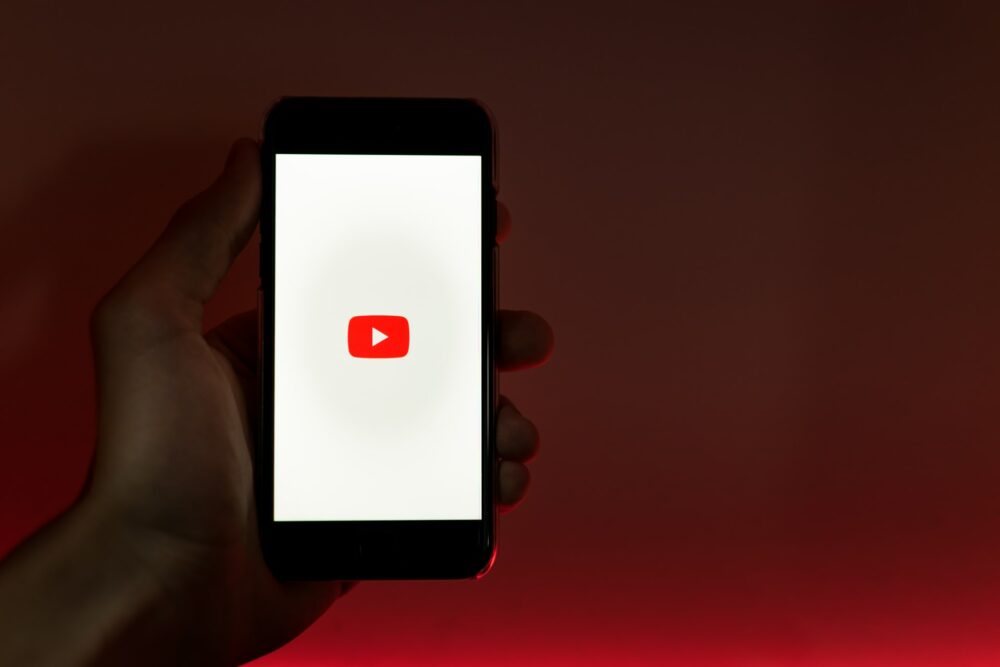 What are the top platforms that young consumers in Western Europe are using to watch content weekly—and what viewing trends are they driving? The answers in three charts…

Watching videos is nothing new for Gen Z and Millennials, but 2020 was the year that everyone stayed home and streamed—a lot. Now, young European consumers are even more committed to streaming, with video-on-demand services raking in $14 billion across 28 European countries (compared to just $468 million a decade ago) according to the European Audiovisual Observatory. The bulk of the boom stems from SVODs, which accounted for $11.7 billion of that revenue in 2020. Meanwhile, a host of streaming services launched in Europe last year, including Disney+, French group Salto, and Britbox. Now, some 140 million Europeans subscribe to at least one SVOD service, according to the U.K.’s Ampere Analysis, up from 103.2 million in 2019, and YPulse data shows that more than half of Gen Z and Millennials in Western Europe are paying for an online streaming service. On average they’re paying for more than two.

All of this was urged on by pandemic-related lockdown measures, but even as the world opens up, streaming’s popularity doesn’t seem to be ebbing—and SVOD’s are upping their game to stay ahead of the pack. According to Parks Associates, the total number of SVOD outlets available is nearly 300—double the toll from 2014. Disney’s investor day promised more than 100 new original film and series titles as part of their goal of reaching between 230 and 260 million subscribers by 2024—quadrupling its annual content spending to at least $8 billion by that time. Meanwhile, earlier this year, Netflix “sent a message” to rivals with the announcement that they’ll be adding a new original movie to the platform every week.

But the question remains: will that be enough to keep young consumers watching? Competition for Gen Z and Millennials’ attention is fierce. So, in YPulse’s recent Media Consumption survey, we asked 13-39-year-olds in Western Europe to tell us where exactly they’re watching their favorite video content. Here’s what they had to say: 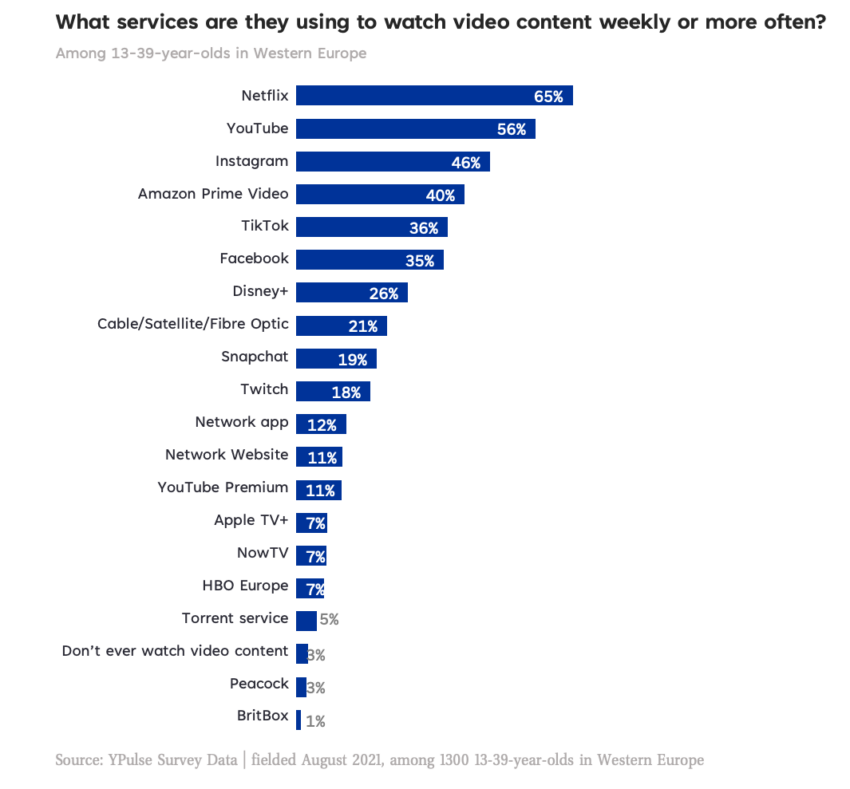 We’ll start with the obvious: Netflix (still) dominates young consumers’ viewing. YPulse surveys have long shown that Netflix is young viewers’ favorite video streaming service in the U.S., and 65% of young European consumers tell us they’re watching video content here weekly or more—making it the most popular in WE as well. But going further down the list, things get a little more interesting. Above all other SVOD platforms, Gen Z and Millennial consumers are tuning into YouTube and Instagram to get their video content fix. This is especially true for Gen Z. While Netflix is still their top answer, with 65% saying they use the service to watch video content, YouTube is an extremely close second with 64% (compared to 53% of Millennials). It makes sense; Gen Z viewers have been raised on YouTube. But this close ranking hints at a bigger Gen Z-driven shift in the video streaming industry: social media platforms are overtaking traditional SVODs as the top place young Europeans are consuming video content: 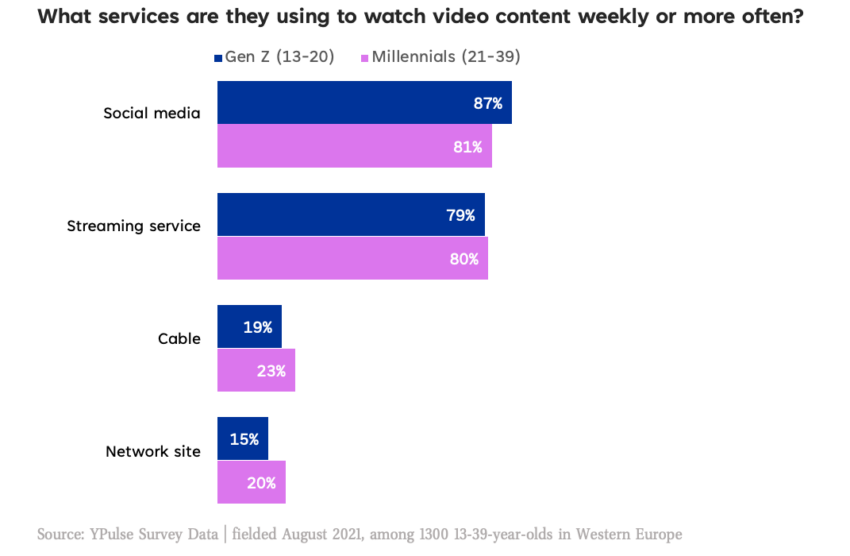 While TikTok doesn’t crack Millennials’ top five, the wildly popular short-form video app comes in at number four for European Gen Z, beating out Amazon Prime by a healthy margin. Growth of young users on TikTok has exploded in the last year (among both groups), and brands have been flocking to the app as well, with both paid and organic marketing proving profitable. Now the app is chock full of video content of all stripes, and younger consumers can’t tear their eyes away. While this has led to a host of copycat platforms and features, it also spells out competition for traditional streaming services. Young consumers only have so much attention, and as more of it is paid to social media, SVODs will have to compete to keep up.