Who Do Young People Trust More For Advice, Online Creators or Traditional Sources? 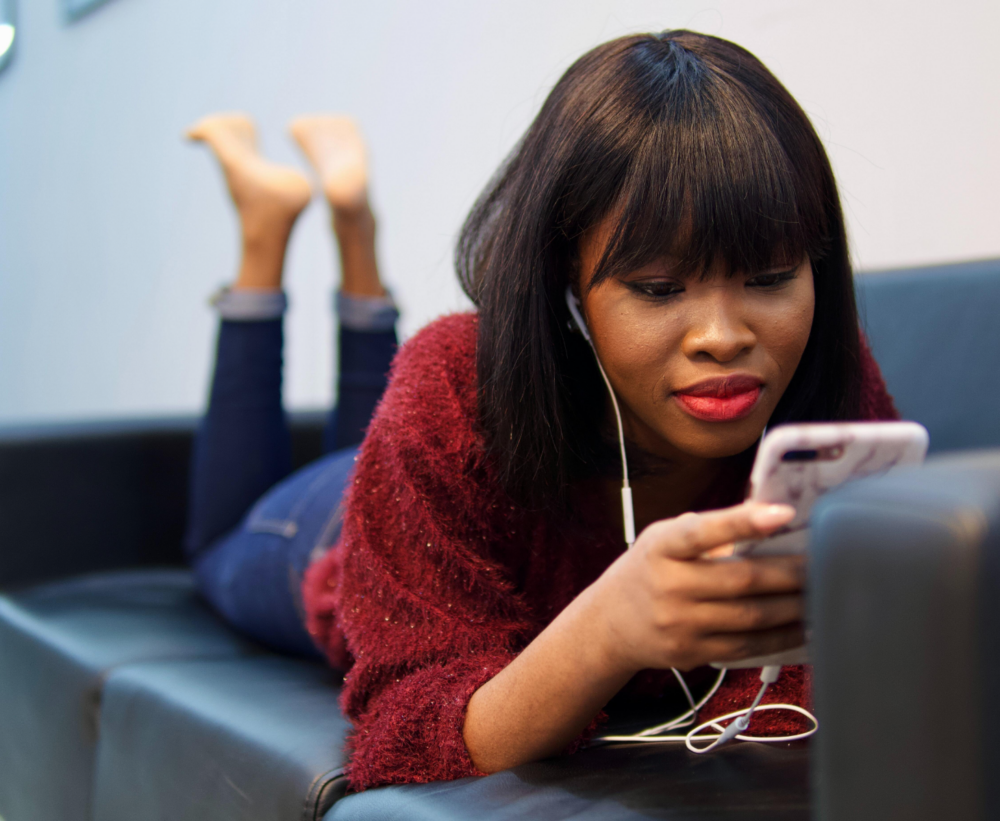 When it comes to advice, do Gen Z and Millennials trust online creators or traditional sources more? We found out…

YPulse’s recent Self-Taught trend report explores how and where young consumers are learning—outside the classroom, and found that online resources are their first go-to when they want to learn something new. The majority have learned something new by watching a video online, and with the internet as their new classroom, influencers and creators have become their teachers. In fact, a third have followed an influencer or online creator to learn about something.

But do they really trust influencers more than traditional sources? In our trend survey, we gave 13-39-year-olds a choice between a digital source of advice or knowledge, and a more established media expert, and asked them to choose which they trust more. And ultimately, we found their trusted sources depend somewhat on what they’re learning: 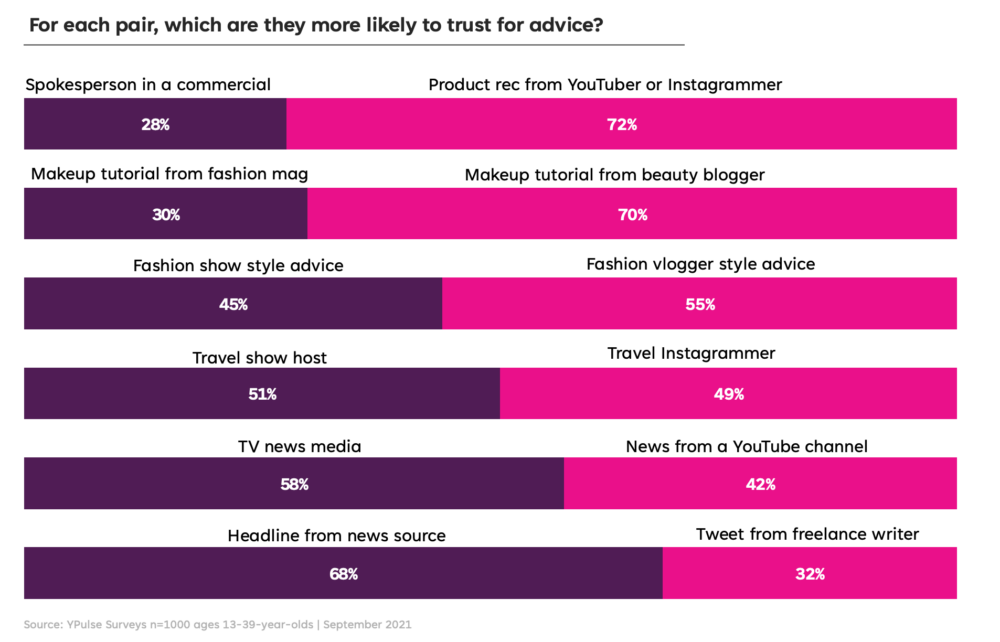 We’ve told you that Gen Z and Millennials trust YouTubers more than, well, anyone else, and when it comes to product recommendations, they are far more likely to trust YouTubers than spokespeople in a commercial. The majority of 13-39-year-olds tell us they trust product recommendations from an Instagrammer or YouTuber compared to 28% who say they trust product recommendations from a spokesperson in a commercial. YPulse’s celebrities and influencers behavioral report also found that more than half of 13-39-year-olds have purchased something that an online celebrity has spoken about or recommended. Meanwhile, more young consumers say they trust style advice and makeup tutorials from fashion vloggers and beauty bloggers than traditional fashion shows and magazines. Of course, online creators in the fashion and beauty space have been around for years, but they’ve become even more influential in the last few years, and during the pandemic, they’ve found a new home on TikTok where they’re sharing everything from clothing hauls, to trend forecasting, to unfiltered opinions about the Kardashians and Anna Wintour. Fashion influencers are able to bring their niche interests and behind-the-scenes knowledge of the industry to TikTok in engaging ways that aren’t possible through a mere Instagram photo and caption, and as one influencer puts it, “influencer marketing is so saturated that at this point we are using [TikTok] to push us professionally.”

Meanwhile, about half of young people say they trust travel Instagrammers more than travel show hosts. While the travel influencer space took a massive hit during lockdowns, it’s clearly still a huge resource for young people. In the wake of COVID, resorts and hotel chains have tapped online celebrities to boost travel over the summer as more young people got vaccinated. The Ritz-Carlton began investing in influencer partnerships, while the La Peer Hotel in West Hollywood hosted TikTok influencer Tinx earlier this year where she produced “A Day in LA” video, highlighting the special gems of the hotel and its surrounding area. After the videos release, La Peer Hotel experienced a significant uptick in interest with several comments left on Tinx’s video asking about the hotel. Victoria Yore, a travel influencer who’s worked with Marriott and Sandals also notes that her videos featuring hotel stays garner anywhere between three million to 10 million views.

News is the area where young people are still more likely to trust traditional sources than digital media-based. More young consumers say they trust TV news media than those who say they trust news from a YouTube channel, and more also say they trust headlines of a new source than a tweet from a freelance writer. Our news consumption and trust report found that despite social media being their top news source, Gen Z and Millennials are still far more likely to trust established news sources over social media. It’s a paradox that ties to their constant social media use. They’re most likely to see news first on social, but they rely on traditional sources for news they trust. But at the same time, the number of young people who say they trust news from a YouTube channel more than news from TV media has increased from 33% in 2017 to 42% today. It appears that even for more weighty subjects trust in digital sources is only increasing.