These Gamers Have Millions of Young Followers—Do You Know About Them? 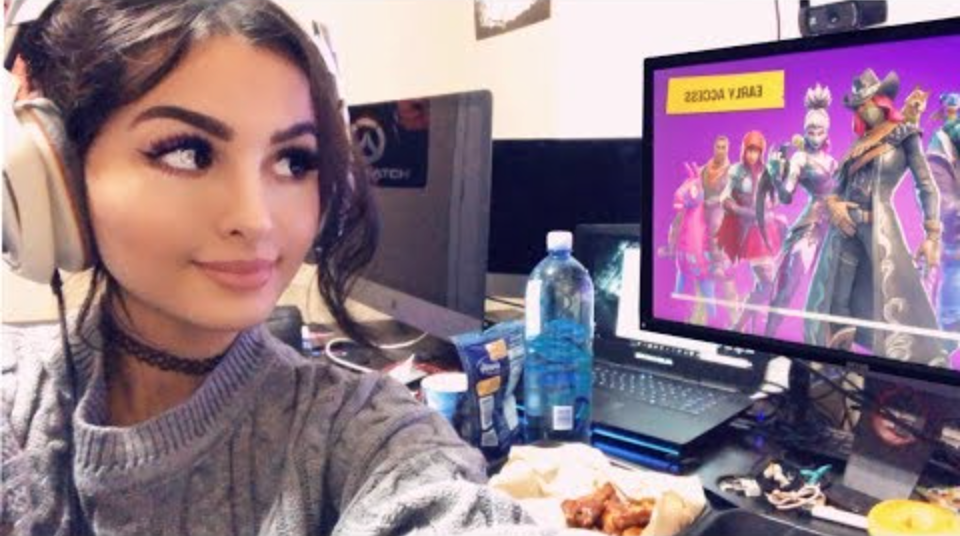 Gamers are some of the biggest and most popular online creators, with millions of Gen Z and Millennial fans. Here are some that young consumers name as their favorite celebrity…

YPulse’s celebrities and influencers report found that 37% of 13-39-year-olds follow gamers on social media, and that number increases to 51% among young males. And our data shows that gamers have only become more popular as creators in the last few years:  in 2019 where our celebrities and influencers data found that 40% of  young males followed gamers on social media, and today over half say they do. Almost two in five say they watch gaming content weekly, and most of that content is being created by young gamers who have legions of fans and followers.

We told you about the online celebs that Gen Z and Millennials told us they were following, but when we asked Gen Z and Millennials who their favorite famous person is, we noticed the significant amount of gamers that young people mentioned. Sure, the  super popular ones that you may already know about, like Tyler “Ninja” Blevins and PewDiePie, were named. But respondents also told us about other gamers who have millions of followers that don’t get as much attention. Here are seven gamers on YouTube and Twitch that young consumers told us in a recent survey are their favorite famous person: 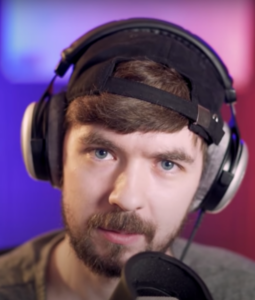 His full name is Seán McLoughlin, but online he’s known as jacksepticeye. The Irish YouTuber first created his channel back in 2012 where he began posting comedic Let’s Play videos (a.k.a walkthroughs), highlights, and reviews of major video games—and several of our survey respondents mentioned that he is “funny.” In 2013, he was mentioned by fellow YouTuber PewDiePie, which caused him to go from 2,500 subscribers to 15,000 in just four days. He was even one of the creators signed to PewDiePie’s multi-channel network, Revelmode, a few years later. Currently, McLoughlin has 27.3 million subscribers, and is known for playing horror and survival video games where he purposely scares himself while walking through them for viewers. Since then, he’s also created an account on Twitch, where he has 2.7 million followers, and some of the more recent titles he’s played include Unknown Worlds Entertainment’s Subnautica: Below Zero, Campcom’s Resident Evil Village, Baggy Cat Limited’s At Dead of Night, and Naughty Dog’s highly anticipated The Last of Us Part II. But even though horror seems to be his niche, he’s shared content of himself playing other popular (non-scary) video games like Minecraft, Animal Crossing: New Horizons, and Super Mario Bros. So far, he’s had some massive deals in recent years: In 2018, he produced content for Twitch as a part of a multi-year deal with Disney’s Digital Network, and the following year he signed with WME, and signed another deal with multi-channel network Studio71. He has dabbled in acting, appearing alongside actor Ryan Reynolds in 20th Century Studios’ video game-centric film Free Guy (the two previously knew each other from a now-viral video of playing the Deadpool video game together that racked up 14 million views). While McLoughlin took short breaks and hiatuses from his channel last year to focus on his mental health, he has returned—and even used his platform last spring to raise money for those affected by the pandemic. As part of the #HopeFromHome livestream he organized, McLoughlin brought together entertainers, influencers, gamers, and other creators from various platforms like TikTok to benefit three global charities, and the event ended up hauling in more than $1.7 million. 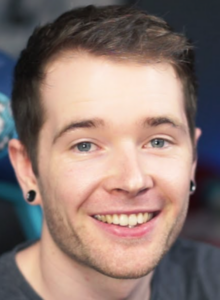 DanTDM
Described by some survey respondents as “funny” and “entertaining,” and praising him for his “kid-friendly content,” English YouTuber Daniel Middleton (a.k.a DanTDM) started his YouTube channel in 2012, which currently has 25.6 million subscribers, where he shares a lot of commentaries on video games like Minecraft, Roblox and Pokémon—and has collaborated on videos with other popular gamers like CinnamonToastKen and PewDiePie. While Middleton is mostly known for his gaming content, he’s also a multi-hyphenate who has gotten into music, graphic novels, and acting. In 2016, he released Trayaurus and the Enchanted Crystal, a graphic novel which earned the number one spot on The New York Times bestseller list for hardcover graphic books for eleven weeks, and the following year, he created an original series on YouTube Red called DanTDM Creates a Big Scene, which followed him, and other influencers and actors. Like Jacksepticeye, he also made an appearance in this year’s Free Guy. He recently created a separate channel, DanTDM Shorts, which is full of 5-minute videos dedicated to Minecraft, and he has a Twitch channel that currently has 1.6 million followers. 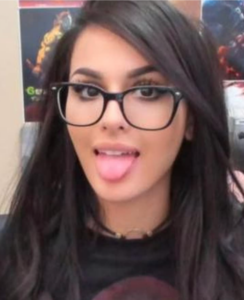 Sssniperwolf
YPulse’s gaming behavioral research explores how the number of female gamers is growing, and that more young female gamers are playing than ever—and one of the gamers that survey respondents mentioned as their favorite famous person is Alia “Lia” Shelesh a.k.a Sssniperwolf. While a lot of her recent videos have featured a mix of “life hacks,” reaction videos, and DIY content, gaming videos remain one of her staples. She currently has 29.3 million subscribers on YouTube, and started her channel in 2013 by sharing Call of Duty gameplay videos. Since then, she’s played other video games like Minecraft, Fortnite, and Among Us, and has 310K followers on her Twitch channel. She also has millions of followers on her TikTok and Instagram, where she participates in a lot of trending challenges and shares a lot of general lifestyle and cosplay content. Last year, she won Nickelodeon’s Kids’ Choice Award for favorite gamer, and has worked with brands like Disney, Electronic Arts, Activision, and Ubisoft. 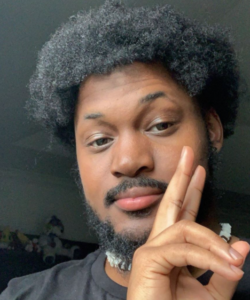 CoryxKenshin
YouTuber Cory Williams a.k.a CoryxKenshion first started his channel in 2013 where he began sharing gameplay and walking through content of horror video games. While he primarily focuses on RPG horror video games, he also plays a lot of action and adventure games like Bloodborne and Dark Souls. He currently has 10.8 million subscribers on his YouTube channel, and respondents describe him as “very funny and relatable,” “cool,” and one even said, “He makes me feel like it’s ok to be who I am and what I do without judging me.” While Williams took an abrupt hiatus for several months last year to relax and travel, he finally returned and revealed in a 15-minute video titled “Regarding my Retirement,” which racked up 8.5 million views, that he had been struggling with anxiety and burnout, and needed a break. And while Williams said he felt like he was letting his followers down, the video was full of supportive comments from his fans. His first gameplay video post-hiatus was posted at the beginning of this month, and featured newer games like Ubisoft’s upcoming Far Cry 6 and Annapurna Interactive’s Twelve Minutes, which came out at the end of August. 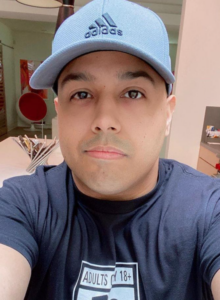 Known for his comedic gaming commentaries with “a LOT of bad words,” Dominican American creator Charlie Guzman (a.k.a DashieGames) has 5.93 million subscribers on his YouTube channel, and 38.5K followers on Twitch. Like Jacksepticeye and CoryxKenshin, he enjoys sharing a lot of horror video games like Resident Evil Village, but has a lot of variety in his gameplay as well with titles like Super Mario Bros. and Grand Theft Auto. He first created his YouTube channel in 2011 where he played a lot of Dead Island. Described by a survey respondent as the “funniest YouTuber ever,” one of his most popular and unique video series is Old School Sundays, where he plays classic video games like The Adventures of Batman and Robin, Super Punch-Out!!, Mortal Kombat, and many others. We’ve told you about how young people find comfort in things from their youth like jewelry and clothing, and that applies to media like video games as well—and so it makes sense that Guzman’s segment would attract young gamers. 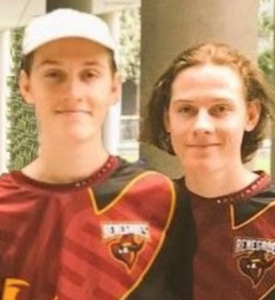 X2Twins
There’s a lot of Fortnite streamers out there, but one, well two, in particular that have been rising through the ranks are Australian twin YouTubers and Twitch gamers Jesse and Jordan Eckley, who have 2.51 million subscribers on YouTube and 2.9 million followers on Twitch. In their profile bios, they refer to themselves as “Professional Fortnite players,” and beyond just regular gameplay, many of their videos feature them unlocking and sharing new features and modes in Fortnite. They also have a popular “VS” series where they compare everything from various game modes, video game characters, and even TV show characters (like Rick vs. Morty), which has racked up thousands of views. The brothers also recently launched an x2Twins Shorts channel that has 483K followers, and features 15-second videos of their gameplay moments from Fortnite. Their content certainly has made an impact on their fans—one survey respondent said: “I love to watch their streams and they inspire me to play the video games that I play.” 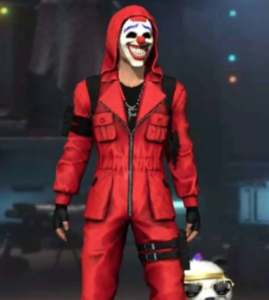 Fortnite isn’t the only popular battle royale game out there: Free Fire, which is developed by Garena, consists of 50 players on an island with the objective of finding weapons and equipment to kill other players first. According to App Annie, it was the most downloaded mobile game of 2020, and has crossed over one billion downloads in the Google Play Store. One gamer who’s made it their game of choice is Indian YouTuber Bharat Singh a.k.a Badge99, who created his channel in 2018 and has 7.6 million subscribers. Along with gameplay, he shares exclusive skins, hacks, and highlight reels. While he has never revealed his face in his videos, he is known for his character’s distinct look of a bright red jumpsuit and a clown mask. According to respondents, they simply like and enjoy his content.