Gen Z & Millennials’ Childhood Toys Are Getting Their Own Movies 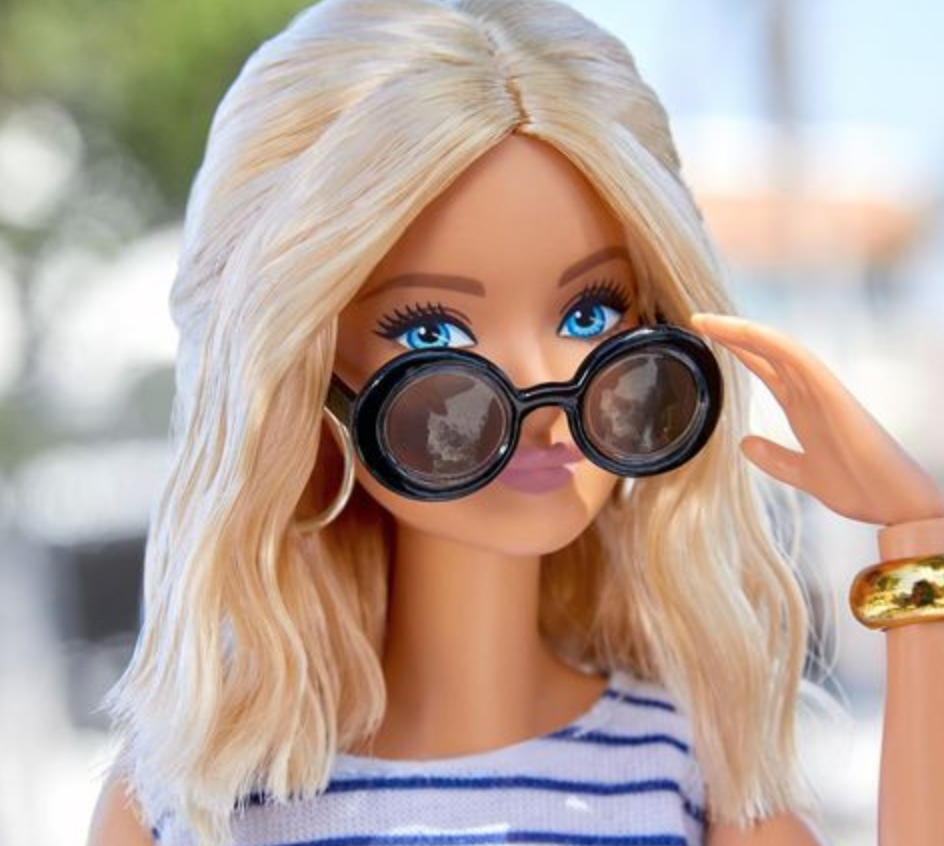 Streaming services are racing to be the ruler of kids’ content and some of them are reaching young audiences by teaming up with toy companies to produce and develop movies about some of Gen Z and Millennials’ favorite toys. TV series and movies based on toys are of course nothing new, but these projects will likely capture not just kid viewers, but the grown up kids who loved these characters when they were young(er). Our Playtime trend research found that Millennials spent $19 billion on toys for themselves in 2019—and we know that Gen Z and Millennials are still obsessed with the toys and games of their childhood. (Never forget the Pokémon Go obsession of 2016—oh, and the Pokémon card obsession of 2021.)

And then of course there are Millennial parents. The majority (85%) tell YPulse that watching TV has been a way to spend time with their kids, and watching shows, and they’re eager to share their childhood favorites with their little ones. Family movies that tap the brands they loved growing up have a better chance of success. Which is likely why more and more brands have been announcing plans for movies based on some of Gen Z and Millennials’ favorite childhood toys. Here are five that are in the works: 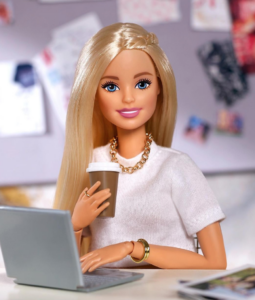 Sure, Mattel has dabbled in web series, shorts, and home-release videos, but when they opened a new film studio a few years ago, they attempted to turn their popular toy brands into films. While they haven’t found too much success yet, the toy giant has been going full steam ahead on their content production. Around the same time, a Barbie movie was in-development set to star (and be produced by) Margot Robbie. With Little Women director Greta Gerwig officially tied to the project, it’s now projected to have a 2023 release date. According to Robbie, the film will be “for both fans and skeptics” and “completely surprising.” Meanwhile, Mattel has a Hot Wheels movie in development as well as a project based on an astronaut action figure Major Matt Mason, which Tom Hanks has reportedly agreed to star and produce. Director Marc Foster is set to direct and produce a movie based on Thomas & Friends, and last year, Daniel Kaluuya expressed that he was interested in developing a live-action version of Barney. After titles revolving around Lego and the Transformers action-figure line garnered huge sales at the box-office, Mattel sees this new era of films (which are already gaining praise from Hollywood stars) as a boon for connecting audiences of all ages. 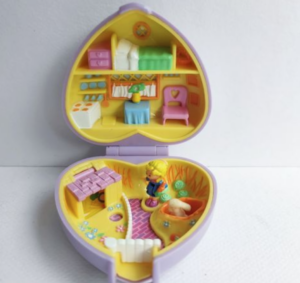 Barbie isn’t Mattel’s only toy-to-movie project with high-profile celebrities attached to it that is quickly moving along. Nostalgic Millennials are in for the ultimate Polly Pocket revival in an upcoming film directed and produced by Lena Dunham. MGM and Mattel will produce the film alongside Dunham, and Emily in Paris star Lily Collins is set to portray Ms. Polly Pocket herself. While the film has been adapted for TV before, this will be the first live-action adaptation following “a young girl and a pocket-sized woman who form a friendship,”—which is a major ode to Tyra Banks’ and Lindsay Lohan’s Disney classic Life-Size. YPulse’s Playtime trend research reported on Mattel’s previous collaboration with Polly Pocket for a themed-makeup and accessories collection, and Dunham’s new movie showcases how toys keep evolving to engage with grown-up fans. 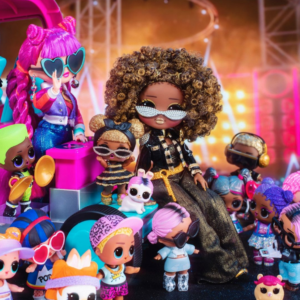 MGA Entertainment’s L.O.L Surprise!
OMG! Streaming giant Netflix is bringing fan-favorite unboxing toy brand L.O.L. Surprise to life with a new 45-minute film from MGA Entertainment and Pixel Zoo that will follow a young girl who stumbles into the animated dolls’ universe where she is tasked with helping them create a movie. Geared toward kids ages four-14-years-old, L.O.L. Surprise: The Movie (working title) will be the first time the dolls are voiced by actors, and will premiere to English-speaking territories on the streaming service this October before its international debut in November. This extension into long-form content is part of the toy brand’s focus on using entertainment platforms as a way to form connections with young audiences. 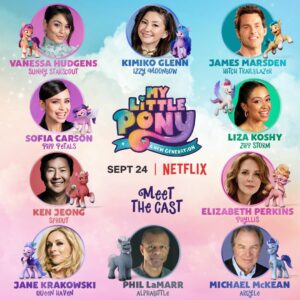 As mentioned, companies like Hasbro have created their own film division and debuted the Transformers franchise and online series like G.I. Joe. And while My Little Pony has previously been adapted for an online series, this is the first time in a while a new movie has been created for the next generation. L.O.L. Surprise isn’t the only toy brand that Netflix is planning to turn into a movie to entertain kids and their families. In June, it was announced that Entertainment One was backing the My Little Pony: A New Generation film from Netflix, which is set to debut in September. The film was originally supposed to be distributed in theaters by Paramount Pictures, but the pandemic shifted those plans and ended up on Netflix’s doorstep. The voice cast includes Vanessa Hudgens, Kimiko Glenn, James Marsden, Liza Koshy, and many others. Directed by Robert Cullen, José L. Ucha, and co-directed by Mark Fattibene, the story takes place in Equestria at a time when the place has lost its magic, Earth Ponies, Unicorns, and Pegasi are fighting and are separated by species, but Earth Pony Sunny (voiced by Hudgens) is determined to find a way to bring “enchantment and unity” back to their world with the help of her unicorn and pegasi friends. One of Hasbro’s most recent toy-to-movie adaptations is Snake Eyes starring Crazy Rich Asians actor Henry Golding, which is based off the Snake Eyes figurine of the G.I. Joe toy brand, and generated millions of dollars at the box office last month. 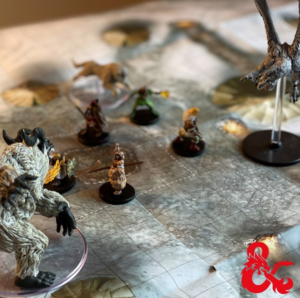 Hasbro’s Dungeons & Dragons
Owned by Hasbro subsidiary Wizards of the Coast, Dungeons & Dragons may be a popular tabletop roleplaying game, but it’s inspired an array of toys and figurines through the years for fantasy lovers alike. And it’s getting an updated movie treatment. While there were a few other film adaptations in the early 2000s, the upcoming reboot by Paramount Pictures is one of the most star-studded projects yet. Directed by Jonathan Goldstein and John Francis Daley, the movie is set to star Chris Pine, Michelle Rodriguez, Sophia Lillis, Hugh Grant, and Bridgerton star Regé-Jean Page. Filming began in early April 2021, with a crew of 60-70 people in Iceland. The fantasy-adventure film will follow a former Harper-turned-thief who escapes from prison with his partner and reunites with a wizard and druid to seek revenge on the conman who stole their loot from the heist that landed them behind the bars in the first place.