Everything You Need to Know About Pokémon Go (the Hottest Mobile Game…Ever?) 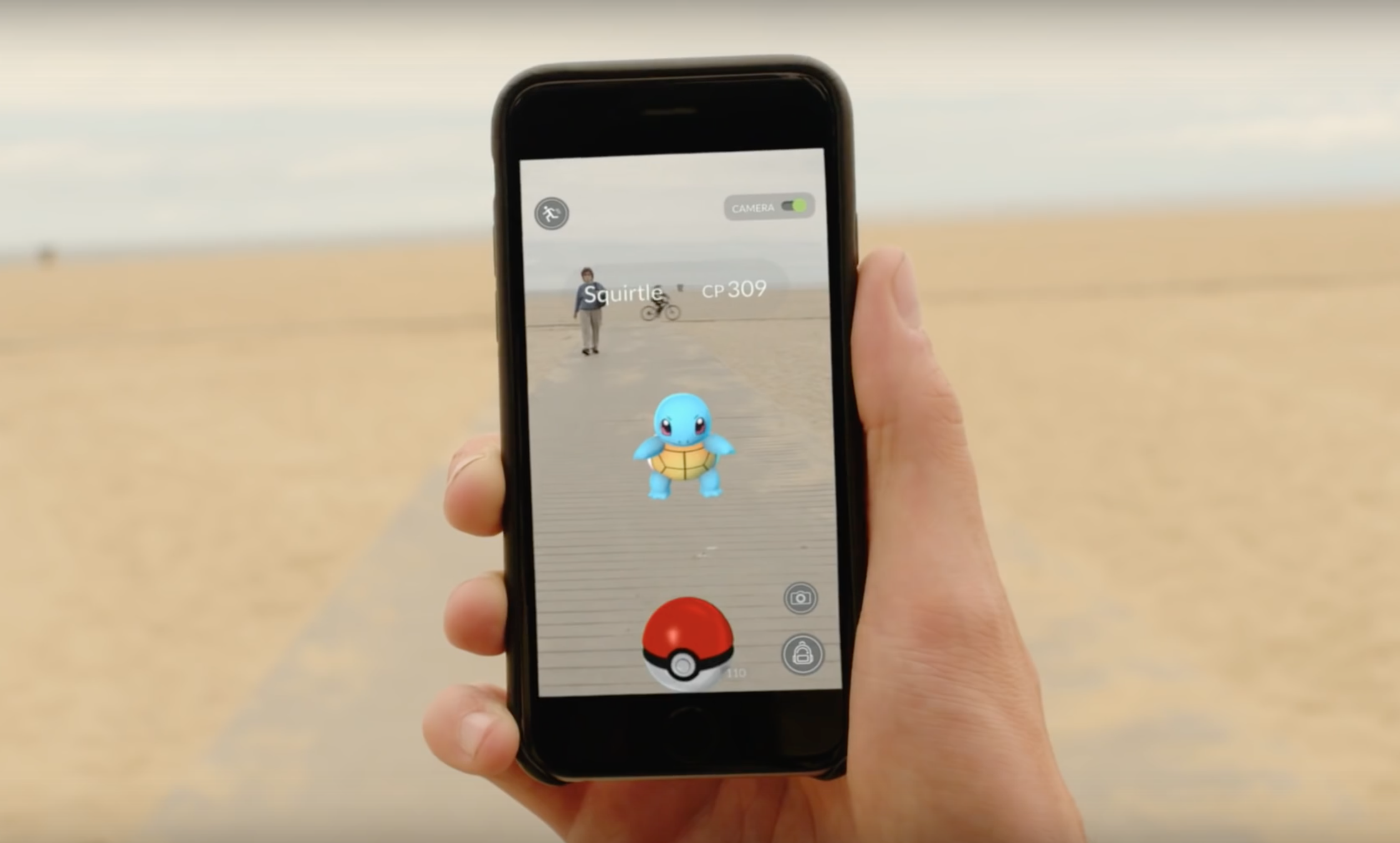 In the short week since Nintendo’s new Pokémon augmented reality app was released, it has become an international sensation. Here’s everything you need to know about young consumers’ new obsession… 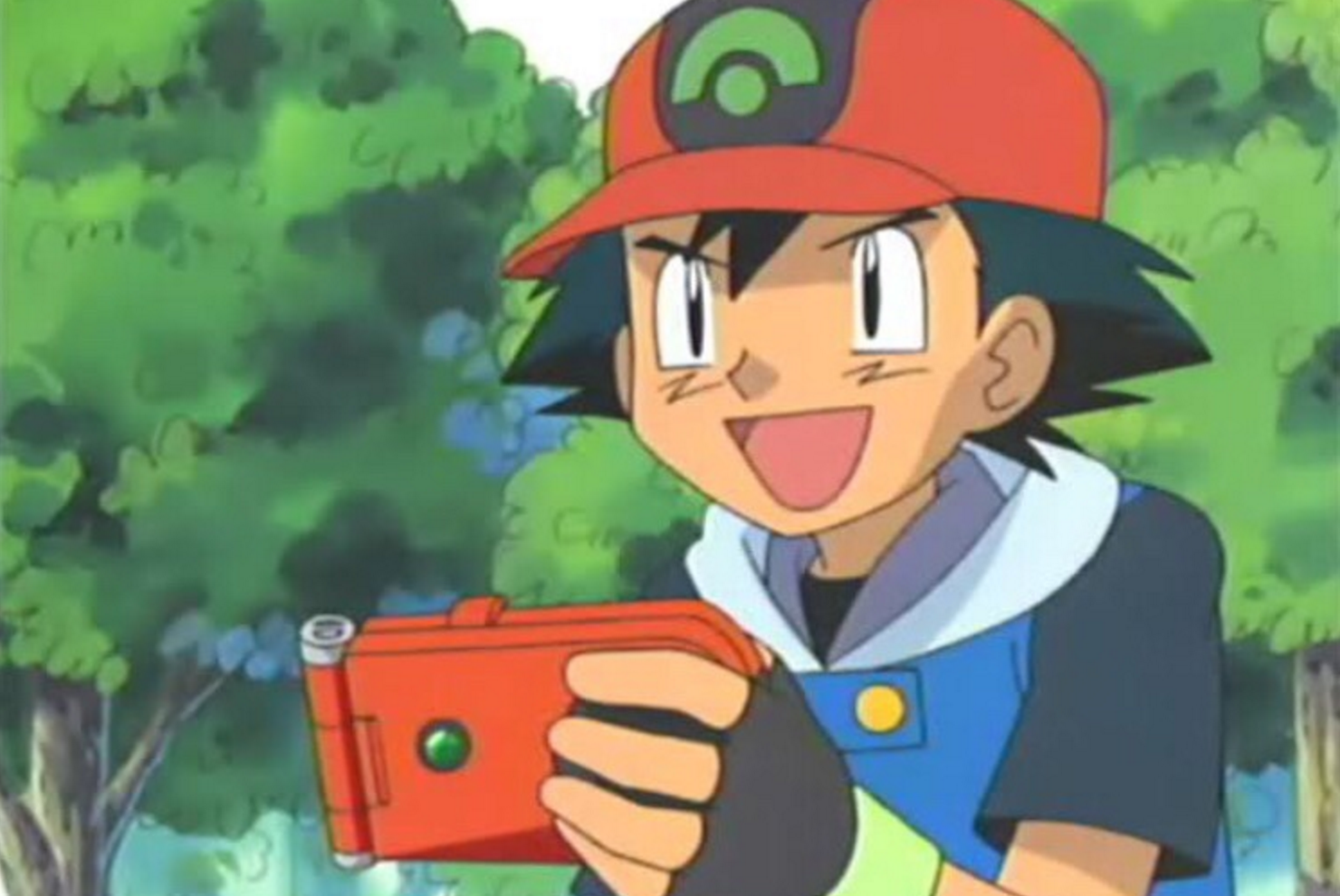 Pokémon’s new app is taking over the world. Last week, Nintendo released the newest addition to the 20-year-old Pokémon franchise: Pokémon Go, an augmented reality app that shows Pokémon characters integrated into the “real world” for players to find, catch, and train. In the short week since the game’s launch in Australia, New Zealand, and the U.S., it has become a global phenomenon—creating a massive Pokémon Go trend, spurring news stories and memes, and becoming the biggest thing in mobile right now. Venturebeat reported last Thursday that the app had become No. 1 on the download charts less than five hours after being introduced in the U.S., and had already generated more revenue and downloads than any other iPhone app. Young consumers playing the game have quickly become obsessed with collecting all the virtual Pokémon they can, sharing their Pokémon Go adventures on social media as they go. The game has turned into a cultural sensation—so you should definitely be up-to-date on what it is, and the impacts it’s had. We’ve got you covered. Here’s everything you need to know about Pokémon Go so far: 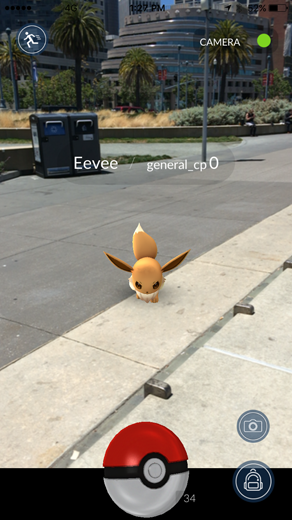 “Venusaur, Charizard, Blastoise, Pikachu, and many other Pokémon have been discovered on planet Earth!” So begins the introduction to the Pokémon Go app in the App Store and Google Play. Here’s the basics of how it’s played: The game is an augmented reality adventure that asks players to collect the virtual Pokémon “all around them.” Players are Pokémon trainers, who join one of three teams to find, train and battle their characters. To find Pokémon, players actually need to wander around the real world—while exploring the areas around them, their phones will vibrate when there is a Pokémon nearby. (FYI for novices: there are over 720 kinds of Pokémon.) They can then look at their phone screens to see the virtual Pokémon in their actual physical surroundings, via AR, and try to trap them. Once trapped, the Pokémon can be hatched (which requires more walking), evolved (which requires catching many of the same kind of Pokémon), trained, and battled with. Players can also find useful items like Poké Balls (used to catch Pokémon) by visiting (actually visiting, in real life) PokéStops, “interesting places like museums, art installations, historical markers, and monuments” in their town or city. The last important element to know are the Pokémon Gyms: any location can be designated as a Gym by a Pokémon player, who becomes the Gym’s leader. Other players can then visit that Gym (again, actually visit, in real life) to train their Pokémon and try to defeat the leader to take it over.

Pokémon Go is free to download and play, but players can buy items that will help them to attract and trap Pokémon—which is one of the main ways the developers are making money from the game. 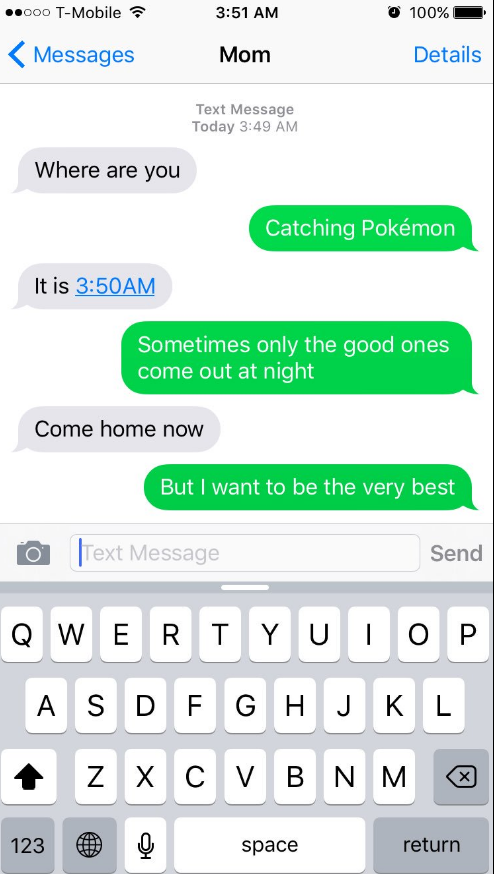 Pokémon Go is already a huge hit—and it hasn’t even completed its full global roll-out yet. How big is it? It has quickly become one of the most popular things on mobile: as of today, it has been installed on more Android devices that Tinder. Players are also devoting an amazing amount of time to the game. According to Fortune, 60% of those who have downloaded Pokémon Go in the U.S. are using it every day, on average 43 minutes a day. That’s reportedly more than the time devoted to some of the most popular social apps, including WhatsApp, Instagram, and Snapchat. According to some reports, it may have already overtaken Twitter in daily use stats.

This success means big things for Nintendo: the brand’s stocks have skyrocketed in the wake of Pokémon Go’s success. TechCrunch reports that the game has added $9 billion to Nintendo’s value—Quartz reports that it is nearly $11 billion. Nintendo had to hit pause on the game’s global rollout because of the response, but it will be launching in the UK, Europe, and Japan this week, according to some sources. 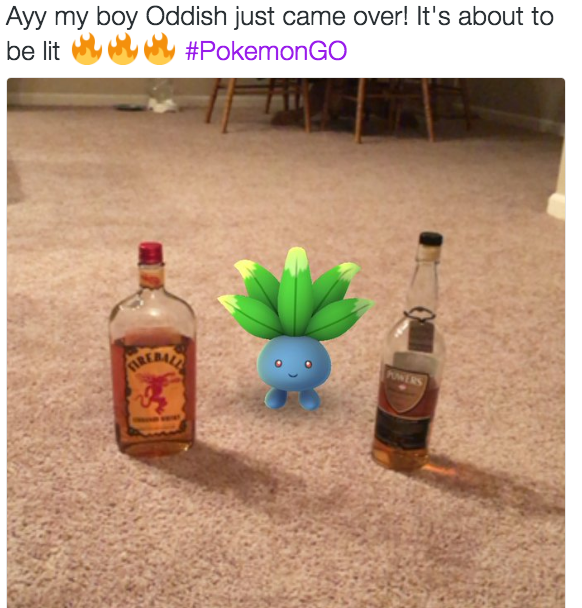 Because Pokémon Go requires players to get up, out, and about to accomplish anything, it’s sparking some news stories that the average mobile game would never have inspired. From the young player who stumbled across a dead body while hunting Pokémon in Montana to the teens who lured players to a robbery using Pokémon Go in Missouri, the game has become fodder for headlines far beyond its financial success.

It’s also a meme-factory. The AR component of the game, which overlays virtual Pokémon into player’s real world surroundings, are a major hit. Young players are sharing their Pokémon finds and surprises, and there are already over 736K #pokemongo posts on Instagram. Notable memes include the Pokémon that appeared after a player was pulled over by police (yes, they still snapped a pic) and the one that appeared on a stripper (yes, you read that right). 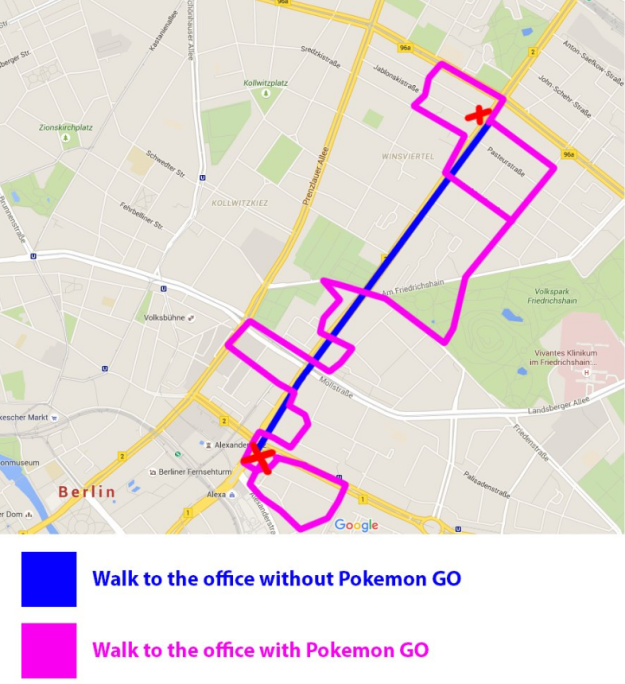 It’s getting players to move…and meet.

Pokémon Go has made movement an integral part of the game, telling players: “Now’s your chance to discover and capture the Pokémon all around you—so get your shoes on, step outside, and explore the world.” This movement requirement is a new kind of gameplay, and goes against the traditional narrative around video games. (That they create a generation of couch potatoes.) In fact, young consumers playing Pokemon go might be getting more exercise than they planned for. Players are reporting hours of walking and bike riding to find Pokémon on social media, where they are also complaining about their sore legs. For some, the game is an unexpected solution to some serious problems: BuzzFeed reports that players with mental health issues say it is helping them to get outside and feel comfortable. 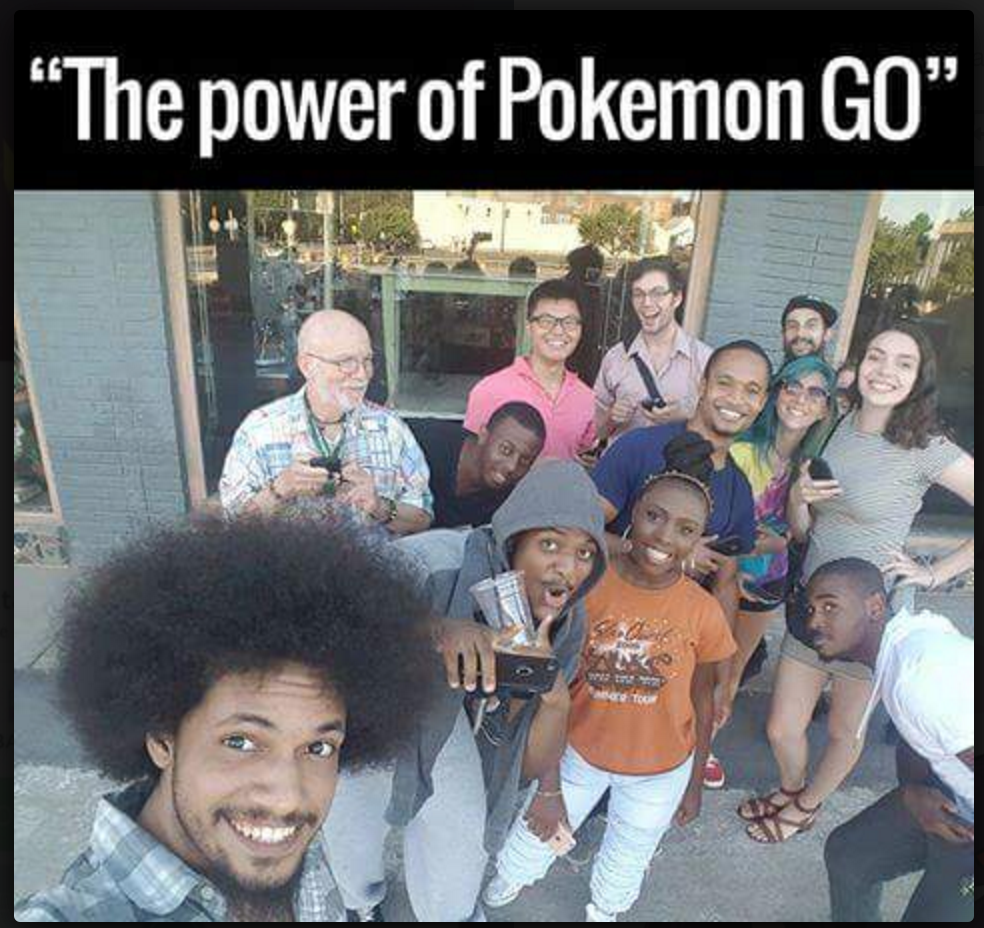 All these wandering players are also meeting up, at designated PokéStops and Gyms, where they are going and finding crowds of other players. One social media post reported that New York City’s Central Park this weekend had become a Pokémon Go convention. The most popular #PokemonGO post on Twitter right now declares, “I don’t care if #PokemonGO is dead in 2 weeks- the phenomena of all these people interacting in today’s society is incredible and uplifting.”

Why does it matter?

Aside from being a major current trend in gaming and beyond, the success of Pokémon Go has other implications. As VOX reports, it “is perhaps the biggest augmented reality game to date.” Its popularity could spur a new era of gaming—whether Pokémon Go is a lasting phenomenon or a brief trend, the technology that players are attracted to could continue to reshape the gaming world.