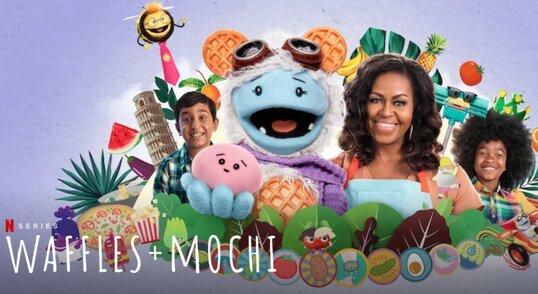 Families watched content together on streaming services more than ever before in the last year. It’s no wonder kids’ content is taking over streaming…

For years, YPulse’s TV and Entertainment report has found that the majority of Millennial parents agree: “My child watches more content on streaming services than cable.” But in the last year, family-friendly programming has become an even bigger focus for streamers, igniting a race to double-down on kids’ entertainment within the industry. During a year when families spent more time together indoors, they started watching more content together  than ever before. Suddenly, capturing kids’ eyes means you’re even more likely to have their parents watching too. According to research from WildBrain Spark and ScreenMedia, 75% of parents say they watch video content with their children several times a week or more. When COVID is over, 66% of parents expect the time they spend watching content with their kids to either “stay the same or increase.” Sixty-two percent say the most popular devices for co-viewing are smart TVs with 48% using one, and families watching content longer on a connected TV compared to a phone, tablet, or computer. YPulse’s most recent media consumption monitor report found that the majority of Millennial parents report their kids are watching YouTube and Netflix daily—setting the rest of the streaming pack behind when it comes to family viewing.

Of course, Disney+ is probably the biggest player when it comes to producing “family-friendly” and kids content, and Paramount+ is soon to be the platform housing all of Nickelodeon’s upcoming reboots and revivlas, but other competing streaming platforms have been working increasingly hard to release their own TV shows and movies. It’s gotten so intense that it’s become the front of the streaming wars. While the world of kids’ TV has long been considered “a peaceful one,” traditional networks and streamers are beginning to battle it out for the “kid properties.” According to Parrot Analytics, some of the most in-demand series globally in 2020 included The Mandalorian, Supergirl, and The Simpsons, with parents turning to some of the “classics” of their own youth to share with their kids during this time.

Here’s how some of the biggest streaming services are going all in, and investing heavily in kid-friendly content: 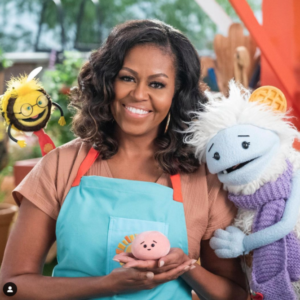 Netflix
YPulse’s media consumption report found that 80% of Millennial parents are using Netflix to watch video content weekly or more often, and 84% say their kids watch Netflix daily or weekly. You already know that Netflix’s teen and tween-focused productions have been especially popular with young adults, but they’ve recently worked to reach even younger audiences. In the last year, Netflix has made older animated family favorites like Avatar: The Last Airbender trend on their service. And over the summer, they worked with YouTube to debut the video sharing platform’s popular kid web series Cocomelon, which instantly became one of the most-watched shows in the U.S. and has been constantly trending ever since. Now, they’ve been working to produce their own content while also keeping their promise to become more diverse and inclusive. Doc McStuffins creator Chris Nee, who used to be at Disney, joined forces with Netflix, paving the way for her to be the “Shonda Rhimes or Ryan Murphy of kids TV” with a production company and five shows already greenlit. Earlier this year, Netflix also announced that they were working with Nee to turn Ibram X. Kendi’s best-selling books into movies and series, including his 2020 children’s book Antiracist Baby. The new series will feature “animated musical vignettes” for preschoolers inspired by the board book’s nine steps to becoming antiracist which include “use your words to talk about race” and “celebrate all our differences.” The other projects will include a “hybrid documentary/scripted feature” Stamped from the Beginning as well as a companion documentary Stamped: Racism, Antiracism and You aimed at young viewers. Since animation is one of the few areas of entertainment that has remained unaffected by the pandemic, Nee is hoping to “open the doors” to new voices of women and people of color. In wake of the Black Lives Matter protests, white actors have stepped down from voicing Biracial animated characters for more “accurate portrayals.” But kids animation isn’t the only family-friendly area Netflix is leaning into: They’re also getting into puppetry with the debut of Michelle Obama’s new kids’ cooking show Waffles + Mochi, who said that it is “fun and educational” even for adults. Meanwhile, they also debuted Emily’s Wonder Lab last summer, a show that targeted Millennial parents who were struggling with at-home schooling through teachable science lessons and experiments. 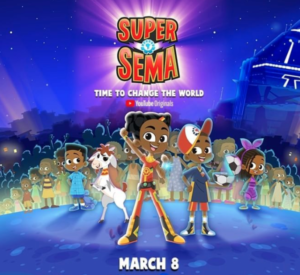 YouTube
Aside from collaborating with Netflix to promote their already popular kids content like Cocomelon, YouTube has announced a slate of more than 30 kids’ originals in 2021 produced by a $100 million fund. The new shows include animated series like a Kid President spinoff from SoulPancake, a new version of BookTube targeting young readers, and a Studio 71/Mainframe series starring popular kids’ creator Guava Juice. The first project that debuted was Super Sema, an “Afrofuturist animated series based on real-life creator Sema and her science-smoragasboard YouTube channel,” which has 6.21K subscribers. It reimagines Sema as a young superhero who uses “her technovating powers to save her village from the villainous Tabor and his army of mischeivious Bongalala robots.” It’s written by Claudia Llyod and directed by Lynee Southerland, and premiered this Tuesday on International Women’s Day. YouTube Kids & Family’s head of family, learning, and impact Nadine Zylstra said: “Coming from an incredible caliber of creators, our new roster of shows celebrates the diversity of kids and empowers them to pursue their dreams and care for each other and the world around them.” Meanwhile, YouTube’s new global head of preschool Craig Hunter already has big plans for their preschool content with more than nine shows picked up, and 25 more in the development pipeline. Some of the upcoming programming includes Lottie Dottie Mini, Blue Zoo Animation’s Millie and Lou, and BBC Studios’ The Workout Badges, starring YouTube’s Joe Wicks and BBC’s Hey Duggee. Hunter said: “Preschool is very different to any of the other kids demos because there is more of a family emphasis. That separation gets wider as kids get older,” 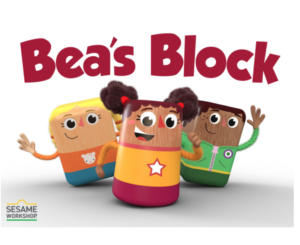 HBO Max
Sure, HBO Max recently announced that it was leaning into more adult animation, but they haven’t forgotten about kids’ content. To compete with Disney+ and Netflix, WarnerMedia announced that it is expanding its kid-friendly collection to include more content directed toward families, preschoolers, and six-11-year-olds, and they’re expected to bring over 300 hours of original content as well as 3,000 hours of premium content to its HBO Max and Cartoon Network, which has the new tagline “Redraw Your World,” aiming to “empower kids to feel comfortable with who they are, embrace their uniqueness and believe in their own ability to impact change.” On the “preschool front,” their Cartoonito preschool programming block is designed to “support each child’s unique potential.” Their fall slate includes 20 new series, including Bugs Bunny Builders, Mush-Mush & the Mushables, and Thomas & Friends: All Engines Go. Other original series include Bea’s Block, Sesame Workshop’s newest animated preschool series that centers on “the bold and curious 5-year-old Bea as she and her friends spread kindness and build empathy through playful adventures in their community,” which will make its debut on HBO Max. WarnerMedia is hoping that their slate of original content will reach 50 shows. 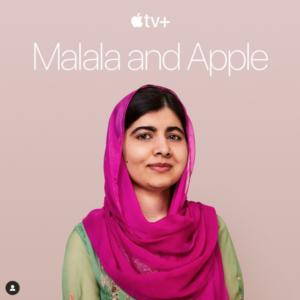 Apple TV+
Already, Apple TV+’s 2020 animated kids’ film Wolfwalkers is generating buzz after securing nominations at the Annie Awards and BAFTA Awards. Now, the streaming service is ramping up their kids’ content: They just announced a multi-year partnership with Skydance Animation including new feature films Luck and Spellbound as well as a “first-ever theatrical-quality animated television series.” However, the first series to premiere is The Search for WondLa, which is based on the children’s sci-fi/fantasy book series by Tony DiTerilizzi. Other Apple TV+ projects outside of the Skydance Animation partnership include a Peanuts Easter special, and shows like Helpsters and Ghostwriter. They also just announced a partnership with women’s rights activist and Nobel laureate Malala Yousafzai for a slate of upcoming projects including a kids’ series. Her and her production company Extracurricular “plan to make a variety of original content for the streaming service.”

North America
We Need An American Girl Doll Who Is on The Viral List
TL;DR Instagram and TikTok are coming up with some wild American Girl doll...
Western Europe
Young Europeans Say These Are Their 15 Favorite American Brands
American culture has infiltrated young Europeans’ lives—and that includes American ...
North America
Fitness Report
At the beginning of 2022, Gen Z and Millennials told YPulse that they were committed to...