How Brands Are Blurring Gender Lines for Makeup & Jewelry 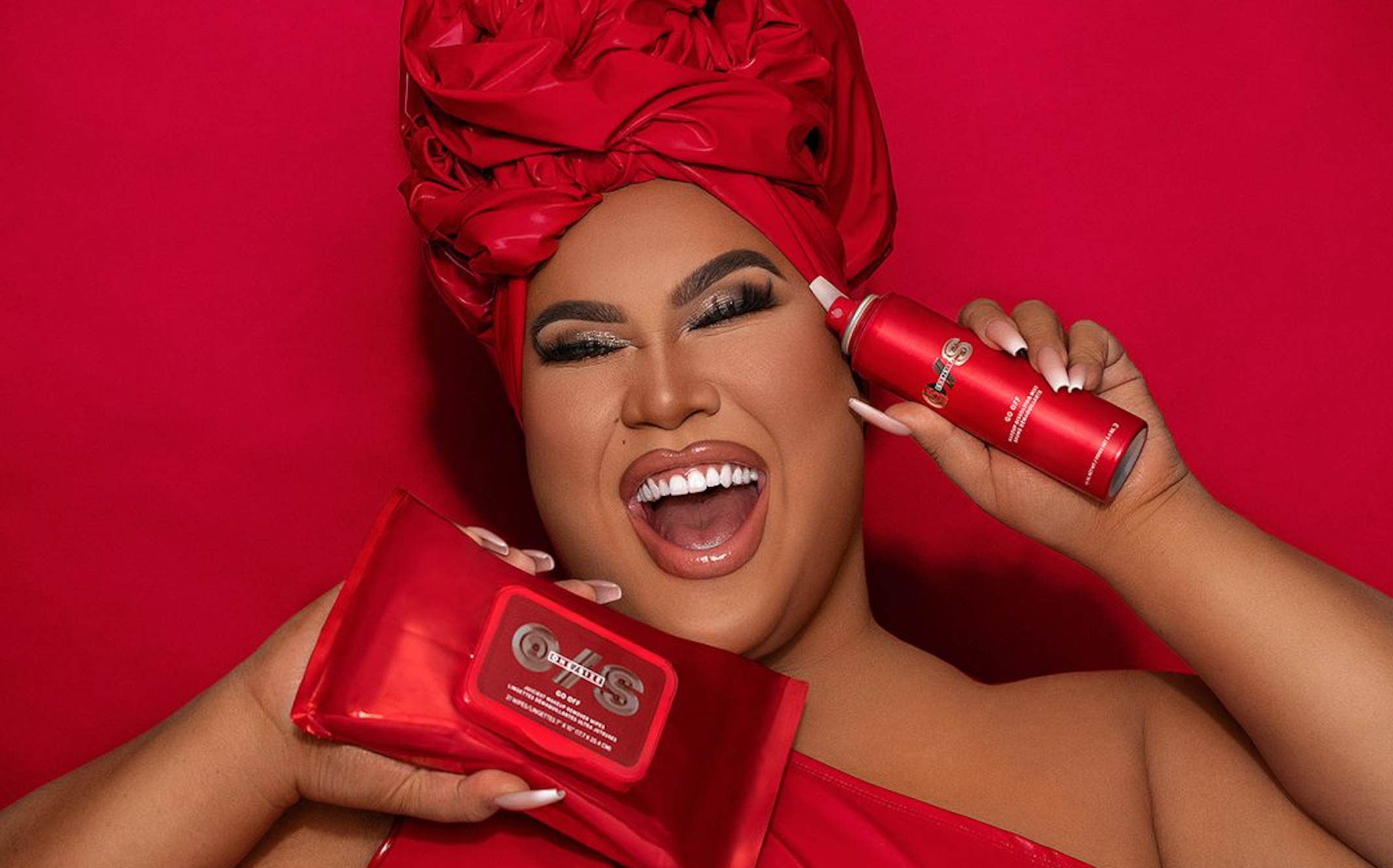 Five brands that are challenging gender norms, and making makeup and jewelry for men a norm…

The idea that makeup and jewelry are for women only is being challenged more and more. While every generation has had members who refused to conform to gender norms, Gen Z and Millennials are arguably shifting the definitions around gender in a larger way. YPulse’s new Gender Blur trend report found that 75% of 13-39-year-olds say it’s okay for girls to be masculine and guys to be feminine, while 63% agree that “masculinity” and “feminine” are just styles that any gender can try on and take off when they want to. Gen Z, TikTok, and young celebrities with “a more expansive sense of masculinity” have been reflecting these blurring of gender lines. James Charles was the first ever CoverBoy in 2016, Queer Eye’s Jonathan Van Ness is frequently seen using cosmetics products to makeover men on the show, actors like Jared Leto and Daniel Kaluuya have sported makeup on the red carpet, TikTok star Chase Hudson has been seen with his neck and wrists covered with jewelry as well as nail polish on his hands, and the chain necklace that actor Paul Mescal wore in Hulu’s Normal People became the talk of the internet last year.

YPulse’s data also show that Gen Z and Millennials are looking for more brands that cater to their more gender fluid approach, with 69% agreeing “I wish there were more products that were made to be used by both guys and girls.” We’ve told you about the pioneering makeup brands like We Are Fluide embracing inclusive beauty lines, and Chanel, L’Oreal, Estee Lauder, and Tom Ford have all come out with men’s makeup and skincare lines in the last few years. While NPD Group reports they represent only a sliver of the $7.6 billion Americans spent on cosmetics in 2019, according to Bloomberg News, internet searches for “male makeup looks” increased 80% last April. Meanwhile, a recent report from Business of Fashion and McKinsey & Co. found that though men’s fine jewelry sales account for only 5-10% of the global market, and wedding bands continue to make up the majority of sales, male consumers represent “an opportunity for brands to capture share in a relatively uncrowded market driven by increasingly genderless aesthetics and high-profile celebrity influencers, particularly in Asia.” Here are some of the emerging makeup and jewelry brands who have been making products for both genders—and embracing the blur between the two: 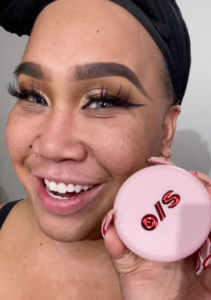 We told you about how Patrick Starrr is one of the BIPOC influencers that brands should know about, and he’s been pivotal in paving the way for men in the makeup industry. After being a frequent collaborator with major beauty brands like MAC Cosmetics, Starrr partnered with incubator Luxury Brand Partners last summer to launch his own makeup brand One/Size. After first launching two makeup remover products, the line has expanded with items like an eyeshadow palette, a liquid eyeshadow pen, and a gel eyeliner pencil—all of which are available on the brand’s site as well as in-store at Sephora and online. Starrr told Allure magazine: “As a man in makeup, my anatomy is set up a little bit differently: I have facial hair, I have a beard, I have texture, I have pores—my skin eats makeup. So I pushed the testing for my oily, textured skin.” But even though he says the brand’s products were made with men like him in mind, as part of the brand’s identity and marketing, he has emphasized across social media how he wants all genders to be able to wear his makeup and that they “work for everybody, no matter who they were, or where they came from.” At the end of last year, Vogue Business reported that 88% of the One/Size customer base is “a mix of Gen Z and young Millennials, while a significant 20% are male.” According to Launchmertrics, the brand earned $10 million in MIV and drove nearly 50% of it. YPulse’s Gender Blur trend research found that 48% of 13-39-year-olds feel like online influencers are doing well at making people of all genders feel welcome—and Starrr is certainly one who is. 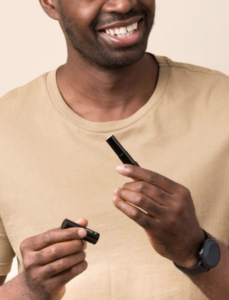 Another brand that wants to capitalize on “changing gender norms” is Stryx. Founded by Devir Kahan, Stryx was launched three years ago as a way for him to initially cover up his blemishes that led him to believe there was a “shadow market” of men’s makeup waiting to be tapped into. He teamed up with Prime Studio and XRC Labs to convince men that discreet makeup can be used for “subduing dark circles and razor burn.” However, when the pandemic hit last spring, Kahan and the brand’s CMO Jon Shanahan were forced to pause their plans to open a new office in NYC as sales fell—so they quickly pivoted and launched a series of video tutorials to teach men how to look their best on Zoom as well as personal grooming tips while in quarantine. Their strategy proved to be a “game-changer,” and Stryx saw their sales and site traffic jump last May and June. Shortly after, they added a facial gel cleanser to their line of products, and it was announced that Stryx was getting shelf space across 2,000 CVS stores, right next to the razors, making it “the first brand of its kind to get a national rollout.” A CVS spokeswoman told The Washington Post: “Men are a top customer focus at CVS Beauty…Men’s grooming has seen incredible growth during this stay-at-home period.” 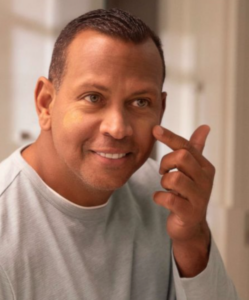 In May, multi-specialty telehealth platform Hims & Hers announced that they were partnering with MLB player Alex Rodriguez to launch “The Blur Stick,” a new skincare solution developed specifically for men. It is available in eight different shades that features premium ingredients like jojoba oil and aloe extract packed into “gray Chapstick-sized tubes,” As a face for the Blur Stick campaign, Rodriguez also served as an early investor in Hims. To tout the new product through a series of “muted promotional photos,” a plainly dressed A-Rod is seen looking into a mirror as he applies concealer to his cheeks. Rodriguez wrote in an Instagram post: “Working with the Hims & Hers team, I wanted to create a product that solved an issue I faced every day. I realized as I was jumping from meeting to meeting, I needed something quick and easy in my routine to conceal blemishes or razor bumps.” Hims & Hers also recently announced a new partnership with Urban Outfitters to offer select Hims products on the retailer’s site, including the Blur Stick. According to the company, it marks Urban Outfitters’ first foray into the men’s makeup category. Meanwhile, Rodriguez isn’t the only high profile celebrity male who has made plans to launch beauty products for men: It was also discovered at the end of May that Harry Styles could potentially be launching his own cosmetics and fragrance line, which fans are hoping will offer unisex makeup options. 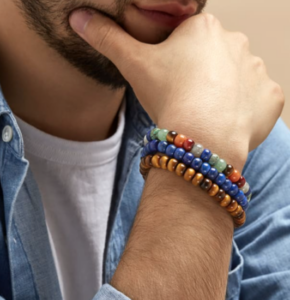 Kendra Scott’s Scott Bros.
At the beginning of June, jewelry brand Kendra Scott launched Scott Bros., its first men’s collection. The inaugural collection will include bracelets that are filled with a mix of gender neutral styles made from genuine stones, leather cords, paracode, and vinyl beads, and be available at retail locations and online. Scott herself spearheaded the men’s collection, and collaborated with her three sons to develop it. Scott said the inspiration for the line came from the fact that her sons always had a difficult time finding jewelry they could afford that is high-quality or appropriately represented them. According to the brand’s current CEO Tom Nolan: “We have never really dabbled in men’s before—we have lots of people come in our stores, which obviously include a lot of men. We found there was a lot of white space with this while talking to customers.” Nolan added that they will be “nimble” in its approach to the Scott Bros. line by gauging consumer reaction and responding accordingly with new product launches. He said as part of their market outreach strategy, they wanted to attract those who identify as male to a store that “seems more female” and reports that while other brands have been quick to label new collections as “gender neutral,” they were decisive with labeling this range as for men: “We always celebrate diversity, equity, and inclusion for employees and customers and wanted to make sure we had gender neutral designs in mind. We currently have plenty of men’s customers that shop our current line of jewelry. It’s called Scott Bros. because of Kendra’s sons and I think primarily those who identify as men will be the one to buy. But this is also gender neutral enough to sell to those who identify as female.” 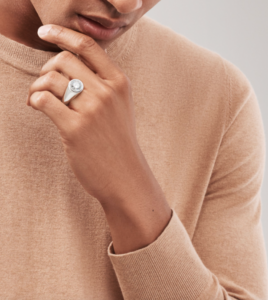 According to its 2019 Wedding Report, Lyst reported a surge of interest in men’s engagement rings on its site—with searches jumping 66% from 2018 to 2019. While male engagement rings have been popular among LGBTQ couples, they’ve also been recently popularized by celebrities like Ed Sheeran, who previously wore an engagement ring designed by ex-fiancée, while Michael Bublé was also given an engagement band by his former wife. We told you about how legacy brands have been finding ways to stay relevant with today’s young shoppers, and the 184-year-old jewelry brand announced in May that they were selling men’s engagement rings for the first time in history amid reports of growing demand for fine jewelry among male customers—and during the cusp of a post-pandemic wedding boom. While Tiffany’s & Co. has been known for its “classic solitaire engagement rings for women,” this range will be named “the Charles Tiffany Setting”—after the company’s founder Charles Lewis Tiffany. The design for the ring was inspired by “classic signets,” and will come in either a titanium or platinum setting. The thickset rings will feature angular beveled edges and a sparkling center diamond up to five carats in size. According to the company, the line “honors the jeweler’s long-standing legacy in love and inclusivity, paving the way for new traditions.” In recent years, other jewelers like Brilliant Earth have been offering gender-neutral engagement rings, while indie jeweler Stephen Einhorn began offering rings aimed at LGBTQ and same-sex couples. Designer Narcisa Pheres told CNN that she found the idea of women proposing to men to be a romantic gesture: “With all this feminism and women empowerment talk, why can’t we propose as well? And since Tiffany (& Co) was the brand that pushed the diamond engagement ring to start with, it’s the perfect time for the brand to reinvent itself and adapt to the 21st-century consumer. Gender fluidity is a social trend, not just for jewelry, (and) we will see much more of it.”