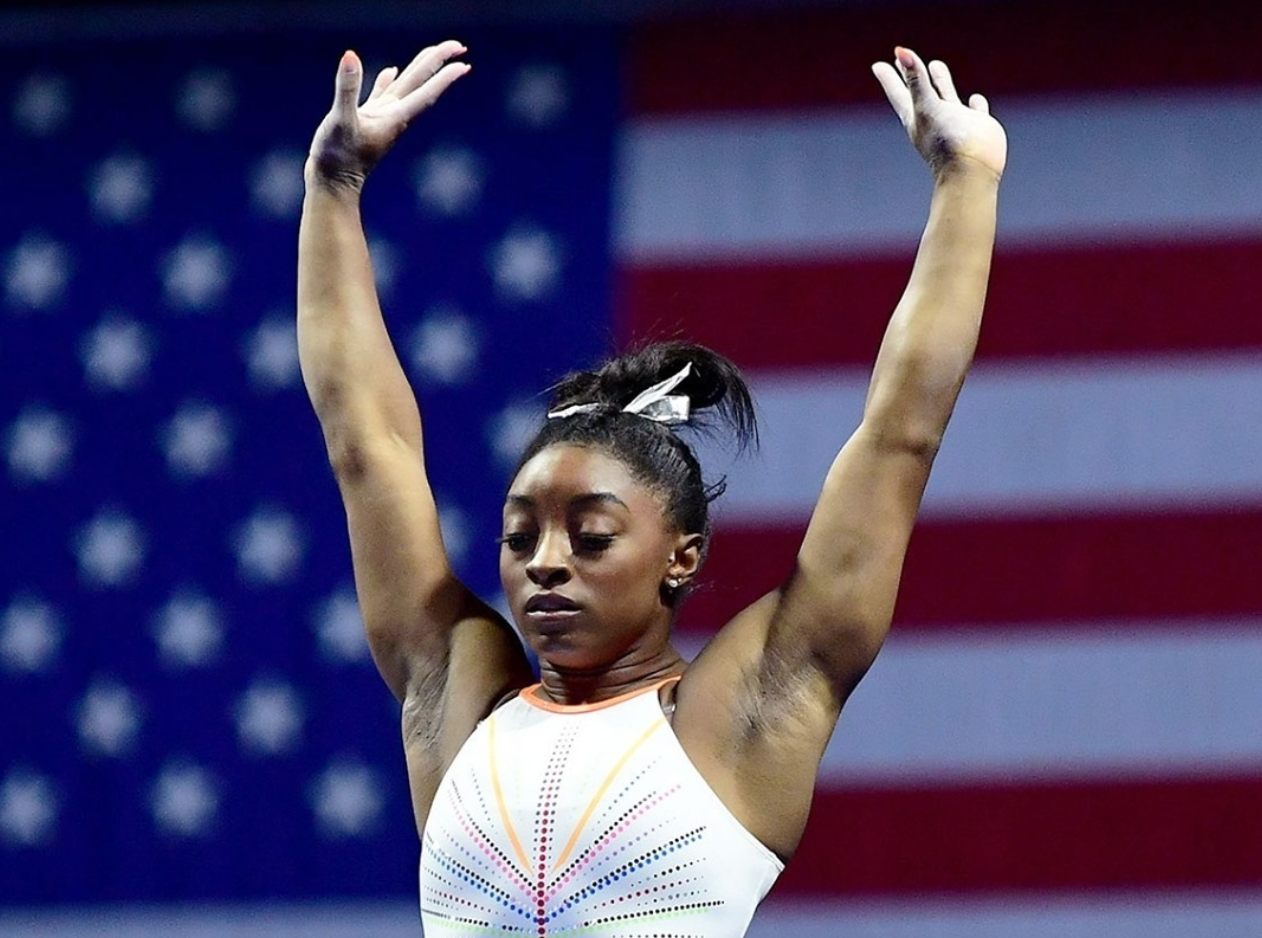 With the (much delayed) Tokyo Summer Olympics coming up in July, just how many young consumers are planning on watching—and how does that compare to their feelings about watching in 2018?

The Tokyo 2020 Olympics are coming up next month, after being pushed back by a year. With COVID-19 still surging in some countries, and many volunteers for the games quitting due to fears of the virus, there are lingering headlines that they could still be cancelled. But as the event nears, it looks like they will forge ahead, and NBCU is planning to broadcast  7,000 of Olympic coverage. So how many are planning to tune in this year? The Olympics have more entertainment competition among Gen Z and Millennials than they did with generations past, and even in years without a global pandemic young people have reportedly been less likely than older viewers to watch. But a seemingly insatiable appetite for content was born during the pandemic—will that translate into a deeper desire to watch this year’s games? A recent YPulse’s report asked 13-39-year-olds if they plan to watch the Olympics this year—and we compared their responses to those we got in the lead up to the games in 2018 to see how interest in the 2021 Olympics compare: 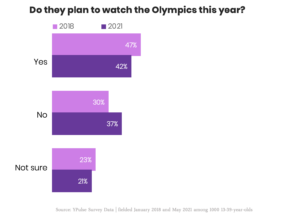 Overall, 42% of 13-39-year-olds say they plan on watching the Olympics this year, a drop from 47% in 2018. Meanwhile, 21% still remain unsure if they will be tuning in or not—should they convert into viewers, the event could in theory perform as well among viewers as it did in 2018. But it looks like it could be a little bit of an uphill battle.

The lower viewing intent compared to 2018 is likely due to a number of factors, but could partially be because of COVID-19: 54% of 13-39-year-olds tell YPulse that they think this year’s Olympics should be pushed back any year, because COVID is still too much of a threat—with 56% of 20-38-year-olds agreeing on that statement compared to 52% of 13-19-year-olds. As we mentioned, there have been headlines revealing the tension between the International Olympic Committee officials and the Japanese public and volunteers as the latter push for cancellation of the Olympics. Between 10,000 of the 80,000 volunteers registered for the Olympics withdrew as the country “struggles to rein in a new wave of COVID-19 cases.” Meanwhile, athletes like Naomi Osaka and Roger Federer have previously stated their concerns on whether they feel like the Tokyo Olympics should move forward, while others are looking forward to watching athletes like Simone Biles compete. While young consumers miss live events, the majority have been hesitant to return to them until they feel COVID is no longer a threat, and their caution could be influencing their decision to support this years’ games.

But the relative amount of media that these generations have to choose from is also a likely factor at play. It’s more difficult to get, and keep, their attention with so many sources of entertainment at their fingertips. And while the majority do find the games entertaining, the number who say they’re exciting to watch has decreased from 76% in 2018 to 70% in 2021, and the number who say they’re boring has increased from 39% to 47%.

When we look at the data even closer, we see that both Gen Z and Millennials are showing less interest in the games compared to 2018: 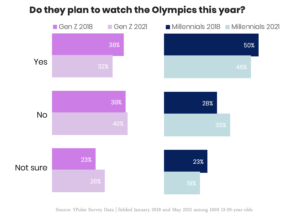 The number of Gen Z who say they plan to watch decreased from 38% in 2018 to 32% in 2021, and Millennials dropped from 50% in 2018 to 46% this year. The decrease among Gen Z might be the most worrisome for the future of the event. These younger viewers were already less likely than Millennials to be interested in watching, and now that interest seems to be declining.

YPulse’s Scouting Next Gen Sports Fans report found that Millennials are far more likely than Gen Z to consider themselves sports fans, which likely explains the higher number of Millennials who planned to watch the Olympics in both 2018 and 2021. Millennial males are the most likely to say they’ll be watching the Olympics this year, at 54% compared to 38% of 20-38-year-old females. For Gen Z, 38% of 13-19-year-old males are planning to watch the Summer Olympics compared to 26% of 13-19-year-old females—once again highlighting the vast differences between Millennials and Gen Z.

But it’s not just how many young viewers planning to watch that’s changing—how they plan to watch has also shifted significantly from 2018: 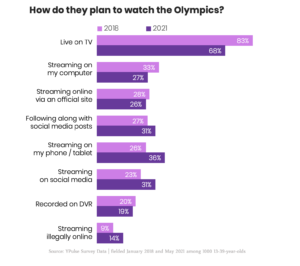 Among those 13-39-year-olds who plan to watch the Olympics, the number who plan to watch on live TV has dropped significantly, from 83% in 2018 to 68% in 2021. Meanwhile, the number who say they’ll be streaming the games on social media, on their phones, and illegally online have increased—and that’s something we predicted that years ago. It’s a pattern YPulse has reported is occurring across all sports viewing for young consumers—and it’s likely to impact the live ratings of this year’s event. Even if they’re not seeking out streaming of the events, any stand-out athletic moments from the Olympics are likely to find their way onto social media. After all, clips of young athletes delivering flawless performances already go viral, racking up millions of views. Gen Z and Millennials know that if they don’t tune in, the big moments will find them on social, with our Next Gen Sports Fan report finding 65% of young sports fans agree: “I don’t need to watch sports games live to keep up with what’s going on.”