What the 2016 Olympics Taught Us About the Future of TV 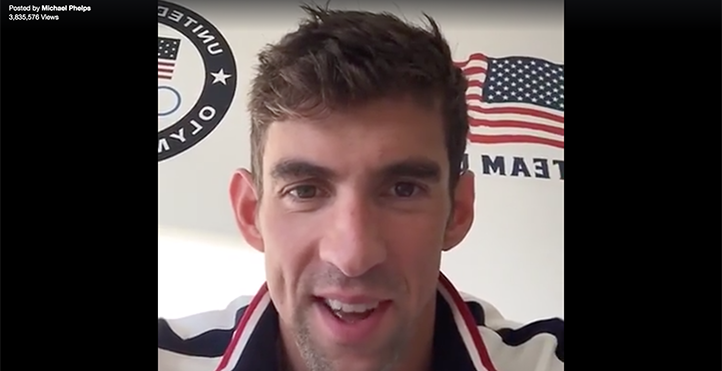 The U.S.A. might have earned a boatload of gold medals, but in the entertainment world, the 2016 Olympics is being considered a “nightmare.” NBC saw a steep drop in ratings compared to the 2012 games, with Deadline reporting that the audience for last night’s closing ceremonies was 31% lower than London’s in 2012. That’s not the worst of it: 18-49-year-old viewers of the Olympics overall reportedly shrunk 25%.

While clearly not desired, this ratings dive was not completely unexpected. Bloomberg reported that at a June conference, NBC’s CEO hypothesized about an Olympic viewing drop, saying, “We wake up someday and the ratings are down 20%. If that happens, my prediction would be that Millennials had been in a Facebook bubble or a Snapchat bubble and the Olympics have come, and they didn’t know it.” Well, that 20% ratings decrease came true—but it wasn’t because Millennials didn’t know the Olympics were coming. In fact, we know they did, with seven in ten 13-33-year-olds telling us they planned to watch the games this year when we surveyed in July. No, it’s not awareness that’s to blame, but instead a major shift in how they watch content—and their behavior tells us a lot about the future of event TV. 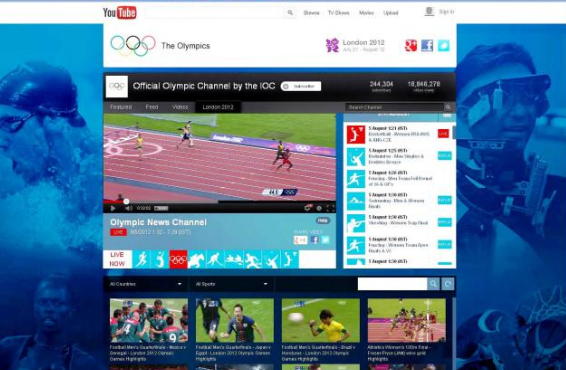 Live sports events have long been a reliable ratings draw, but that reality is shifting as Millennials take over the 18-49-year-old viewer group. Hypothetical reasons for the Olympics ratings have been thrown out by many. New York Magazine declared, “Millennials Recognize That the Olympics Are Boring,” while Slate suggested it might be “because the U.S. is too good at winning medals.” Obviously, NBC had their “Facebook or Snapchat bubbles” hypothesis ready to go back in June. But it isn’t about boredom or too much winning—it’s all about accessing entertainment away from traditional TV. The Olympics might be proof that event television isn’t safe from young consumers’ disruptive tendencies, and their preferences for accessing entertainment on their own time has extended to previously appointment viewing mainstays.

When we surveyed the 70% of young consumers who planned to watch the Olympics, the majority (88%) said they would be watching on live TV. But the numbers who planned to watch via streaming were significant: 26% planned to stream on a computer, 24% planned to stream online via official sites, 15% planned to stream on a phone or tablet, and 13% planned to view streaming Olympic content on social media. While males and females were nearly equal in their intent to view, males were more likely than females to watch the games via streaming on devices. Their streaming plans held up, with NBC reporting that their live stream coverage of the games surpassed one billion minutes as of last Wednesday—an Olympic record. According to Business Insider, 24% more viewers streamed the Rio Olympics through the network’s app and website than those who streamed the 2012 games, and the New York Times reported that live streaming “accounted for 225,000 to 500,000 viewers a night.” But it wasn’t just the streaming of the network coverage that impacted Olympics viewing. Other streaming content proved amazingly popular, and Facebook Live was used by many, many networks, brands, and athletes to provide alternate Olympic entertainment. Facebook boasted that the Live video of Phelps’ announcing his retirement was viewed over 3.8 million times. That’s just one example of how live video of the games drew a huge audience and provided plenty of content for those not interested in tuning into TV.

This Olympics also showed that rather than live TV, the future of event content may be in social. According to Facebook, 277 million people had 1.5 billion interactions related to the Olympics on the site. Olympic memes ruled the internet for the two weeks of the games—one doctored clip of Simone Biles spinning into space received over 45 million views total and 577,114 likes on Facebook. Though the Olympic rules attempted to prevent the creation of GIFs, the internet proved they can make a meme out of anything, and a Millennial or teen interested in the Olympics didn’t necessarily have to turn on their TV once to see the biggest inside jokes, major wins, and heartwarming moments. Trying to suppress that creativity by threatening to sue all those who dare GIF your exclusive live content might not pay off in the long run, if they aren’t going to tune into your network at all.

NBC will reportedly be studying the way that streaming viewers create their own customized Olympic experience, to influence their plans for the future. But it isn’t just their plans for future Olympics coverage that should be impacted. The viewing patterns exhibited during the games speak volumes about the future of TV in general, and it’s clear the places, and ways, that networks will need to provide content is swiftly changing.