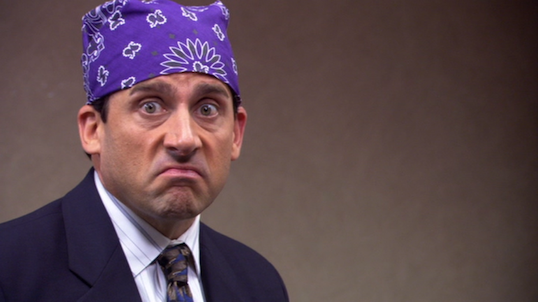 Half of Gen Z and Millennials say they’ve downloaded a specific streaming platform to watch a specific show, and we asked exactly which streamers they’ve joined and what content pushed them to sign up…

As young consumers turned to content to get them through the last year, the competition for the shows and movies that will draw them in has become an all out battle among streaming services. YPulse’s media consumption report found that 60% of 13-39-year-olds pay for a streaming account, and we also found that the number of who subscribe to multiple services increased from 57% in 2019 to 69% in 2020, thanks to COVID-19 and quarantines. Our data mirrors the larger streaming boom trend: A J.D. Power survey reported that consumers in the U.S. are paying an average of $47 monthly for streaming services—up 24% from $28 since COVID first hit.

Of course, there are more streaming services available than there were a few years ago as well—which means that platforms need to do more, and offer more alluring titles, to capture viewers. Disney’s investor day promised more than 100 new original film and series titles as part of their goal of reaching between 230 and 260 million subscribers by 2024—quadrupling its annual content spending to at least $8 billion by that time. Meanwhile, earlier this year Netflix “sent a message” to rivals with the announcement that they’ll be adding a new original movie to the platform every week. In addition to original content races, there are battles waged over popular TV shows and movie titles, with every SVOD hoping to be the home to young viewers favorite content. Remember when NBC paid $500 million for the rights to stream The Office? They spent a fortune betting that the show’s fans would need to subscribe to their SVOD The Peacock in order to keep binging it. That’s just one example (though one of the biggest) of the lengths streamers are going to host the TV and movies that Gen Z and Millennials want to watch—but is it all paying off?

In short: yes. We recently asked young consumers, “Have you joined / downloaded a new streaming service to watch a specific show?” The results: 52% of 13-39-year-olds say yes. The number is slightly higher among Millennials (54%) and highest among 25-29-year-olds (60%). The investment in big titles and original content is paying off—but who is the biggest winner? We also asked which streaming services have they joined to watch a specific show—and here’s what we discovered:

Netflix is already Gen Z and Millennials favorite video streaming service—but after losing The Office and other classic titles to other streamers, some may be surprised to see it’s also the top platform that young viewers have joined to watch a specific show. Interestingly, when we asked what show they joined Netflix to watch, the general response “movies” was most common, but the platform’s original—and adopted—series were frequent mentions. Stranger Things, Cobra Kai, The Witcher, You, and Outer Banks were all on the list, providing evidence that Netflix is able to draw in new viewers with their own content, and not just with bingeable comfort classics like Friends and The Office.

Hulu and Disney+ ranked as the second and third streaming platforms young consumers have download to watch a specific show. Again, original content and a menu of movies is what is convincing young consumers to download the platform: movies, anime, and The Handmaid’s Tale were the top three responses when asked what they had downloaded Hulu to watch. It’s notable that movies were a draw for both Netflix and Hulu. During the pandemic, with theaters closed, watching movies at home has increased significantly, with YPulse’s TV and Entertainment report finding that Young consumers who report watching movies on a streaming service daily increased 10 points between 2019 and 2020.

For Disney+ though, it was super heroe content that convinced young consumers to join the platform. WandaVision, The Mandalorian, and The Falcon and the Winter Soldier were the top titles that young consumers named as the reason they joined the platform. Disney+ has quickly grown in just a little over a year and a half reaching 100 million global subscribers, and it’s already being projected to surpass Netflix as “the world’s biggest streaming firm” by 2024. YPulse has also found that also ranked among young viewers’ favorite video streaming services, Disney has announced that they are tripling their target subscribers to 260 million by 2024, doubled their content budget to $15 billion, and unveiled a huge slate of movies and shows they hope will “strengthen Disney+.”

HBO Max, which was ranked fourth after Disney+, has been investing in both new children and young adult content as well, but it was Godzilla vs. Kong that young consumers were most likely to say they joined the platform to watch. Already, HBO Max has reported that 43% of HBO Max’s users are under the age of 35, and with Warner Bros.’ plan to release all new titles on the platform and in theaters simultaneously, they could continue to draw in new young viewers with big film titles.

And what about NBC’s big bet on buying The Office for Peacock? The network’s new SVOD made the top five ranking of platforms that young consumers have joined for a specific show—and The Office, WWE, and Parks and Recreation were the top three titles they say they joined for. Comcast also just announced that The Office was partially to thank for adding 9 million sign ups to Peacock during the first three months of 2021, with a total of 42 million members total in the U.S.