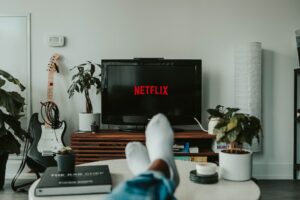 While social video content has exploded during quarantines, TV series are still the top form of entertainment content that young consumers are watching weekly—. And TV series have been getting them through the time at home, with binge watching a TV show the top media activity Gen Z and Millennials tell us they’ve done because of Coronavirus quarantines. On top of that, more than half of 13-39-year-olds tell us that they planned to watch TV series and movies on streaming services as a way to maintain their mental health during quarantines. Streamers have clearly seen the impact of those plans. Adweek reports that according to Nielsen, average viewership logged 40 hours of TV time during mid-March, and according to WarnerMedia, binge-watching three or more episodes on HBO Now has jumped 65% compared to the past four weeks. During those weeks, cable news, and shows like Law & Order and The Golden Girls saw 11 million hours of viewing on Hulu as viewers turned to old favorites.

But that’s among all viewers—what shows are Gen Z and Millennials turning to the most during this time? We asked these generations to tell us their favorite TV shows right now to get a sense of what series and media brands are winning out during the current media boom. Here are their top responses:

The Office and Rick & Morty are the top favorite shows of 13-37-year-olds. The Office, which has moved beyond favorite to near-obsession for some Gen Z and Millennials, was also at the top of YPulse’s ranking of their favorite TV shows of all time, showing how strong their devotion to the series, which stopped airing seven years ago, truly is. Rewatching the show—and other “comfort TV” staples like Friends—has become a ritual for young consumers, even a go-to way to treat bad moods and bad days.

It should be noted that it is becoming harder than ever to make a top ranking of TV favorites. There are more series than ever before as streamers and traditional providers rush to provide original content, increasingly fragmenting viewership and fandom. Which makes it all the more impressive when relative newcomers earn multiple votes as a favorite show, as is the case for Netflix’s new series Outer Banks. It is the only show that premiered this year to make the top five. While The Office is a reliable old friend, the success of the series shows that young consumers also have a significant appetite for new TV thrills as well. Fans of Outer Banks tell us they like the action-packed plot, the mystery, and, of course, the teen drama.

Outer Banks isn’t the only Netflix original series to break into the top favorites list either— Ozark, Stranger Things, and Money Heist (La Casa De Papel), also made the top 10 list. Between their original content and the comfort shows currently still streaming on the platform (The Office, Rick & Morty, and Friends) there is little argument to made against the fact that Netflix dominates young consumers’ viewing preferences. We said that TV shows are still the top media format that young consumers are watching weekly, and Netflix is the top source that they’re watching content on weekly or more often as well. Quarantine has solidified the streamer as Gen Z and Millennials’ “must watch TV”—the creator of the kind of communal culture that cable used to own. It seems that every show that they’ve released during the pandemic has gone viral in some way, as young consumers (and older) look for things to talk about that aren’t the pandemic.

In fact, there’s a Netflix original series in the top five favorites ranking for every age group:

The Office is the only show that makes the top five ranking for all three groups, but Outer Banks has the notable distinction of being Gen Z’s top favorite show right now, beating out the beloved Office (which is at number three on their list). Stranger Things also makes their top five, showing that Netflix content isn’t just capturing Millennial viewers, but also the next gen.

We should also call out that Rick & Morty isn’t just second in the overall ranking, but in the top five for 13-18-year-olds and 19-25-year-olds, making it a true next-generation favorite. Its young fans tell us that they love the show’s unique and “dark humor” and many said that they like that it’s relevant and “makes you think about what actually is going on.”