What You Need to Know About Virtual Restaurants

What are virtual restaurants & why are they so popular right now? We’re breaking down “ghost kitchens” and how they’re evolving into a major opportunity for brands…

During a time when dining establishments have had to close and limit seating, the restaurant industry has suffered some terrible blows—and gotten creative about how to keep things going. YPulse’s Nightlife and Drinking report found that 65% of young consumers aren’t currently comfortable going to sit down restaurants, and 48% aren’t comfortable visiting quick service restaurants in person. Take out has become a lifeline for food brands and virtual kitchens, a growing concept before the pandemic, have exploded during this time. Now, they’re evolving and could create new opportunities for brands. So, what exactly are they, and why do they matter to brands who care about young consumers. We’re walking you through it: 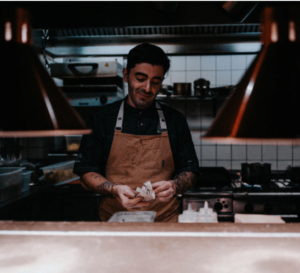 What are “virtual restaurants”?

“Virtual restaurants” or “ghost kitchens” are “delivery-only” restaurants oftentimes offered through third party platforms like Uber Eats, DoorDash, or GrubHub. During lockdowns, delivery-only brands have seen “explosive growth” as the pandemic made delivery a more popular choice for food. And according to marketing research Euromonitor, ghost kitchens will be a $1 trillion industry in the next 10 years.

Of course, the concept isn’t entirely new. In 2016, Butler Hospitality was one of the first companies to “streamline in-room dining by funneling food and beverage service for multiple hotels through a single neighborhood kitchen.” Analysts are now estimating that fewer than 5% of hotels in the U.S. are operating ghost kitchens from inside their properties, but that number is expected to grow. One key to making sure the business model is a success is to “find a partner to help you do that,” said one real estate expert. 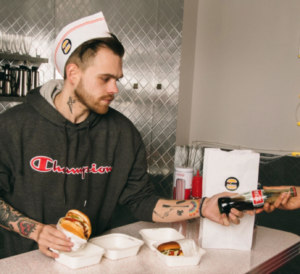 How are they changing the food industry?

Local restaurants and food businesses have started turning to the “ghost kitchen” concept in the last year as a way to survive the pandemic. But more and more big restaurants have been joining in on the trend. Earlier during lockdowns, Denny’s rolled out virtual brands The Burger Den and The Meltdown. Applebee’s just launched “Cosmic Wings,” a delivery-only brand that offers chicken wings and Cheetos-flavored dipping sauce, and can be ordered via Uber Eats. Chili’s also launched “It’s Just Wings” and TGI Fridays developed “Conviction Chicken.”

These brands are using virtual kitchens to test new concepts without the commitment of physical locations. The opportunity to play with new brand ideas, menus, and flavors could be invaluable to restaurant chains looking to attract new audiences—and create new revenue streams for the industry. The traditional model of opening a restaurant has been turned on its head by digital delivery platforms and social media. As the head of TD Bank’s restaurant franchise finance group explained to Restaurant Business, “In the old days the only way to get food out to the people was to have a great restaurant and to make great food. People would talk about it. They’d put an ad in the paper, radio or TV. Now [it’s] a social media explosion. If you have a good product, people like it, they’re going to tell people about it. You can build a brand without anybody walking into your store. That’s unique.” But there are things to be careful of:  In March 2020, Chuck E. Cheese was accused of selling and delivering food under a fake name to trick customers. The story began trending on Twitter when more users started sharing screenshots from GrubHub of the “Pasqually’s” restaurant. While the chain didn’t suffer too much blowback from it, the initial confusion proves that transparency is key, especially with young consumers who want to know where their food is coming from. 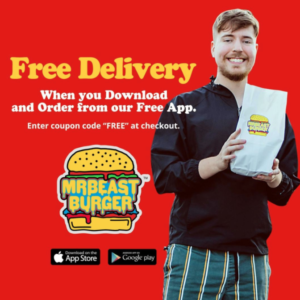 Why do they matter to youth marketing?

Of course restaurant brands have been tapping into the virtual kitchen trend, but in the last few months the concept has been evolving and attracting new players. Perhaps one of the biggest and most successful national virtual restaurants is MrBeast Burger, which is fronted by YouTuber Jimmy Donaldson (who has 54 million subscribers) in collaboration with Virtual Dining Concepts. What initially started out as a local business operating out of Italian-American restaurant chain Brio Italian Grille and Buca di Beppo’s in the Dallas area has since expanded nationally to 300 locations, becoming what The New York Times calls a “ghost franchise.” Within just two months, they’ve sold two million burgers. Some restaurants operating as MrBeast kitchens report that they virtual chain has been “a Godsend” for their sales. The successful virtual brand, helmed by a YouTuber, shows that ghost kitchens could also be a major opportunity for brands. Young consumers have been flocking to buy menu items that are endorsed by and named after their favorite young celebs—and virtual kitchens could take that concept a step further. In fact, since MrBeast’s venture, others have jumped at the opportunity to start their own online food brands. YouTuber Elijah Daniel started Gay Burger as a response to MrBeast’s business, and donated proceeds to LA’s LGBT Center. Other celebrities have been getting in on the delivery-only brand concept as well. Virtual Dining Concepts has also teamed up with rapper Tyga for chicken nugget brand Tyga Bites, Mariah Carey for Mariah’s Cookies, and many others in the pipeline including Mario’s Tortas Lopez and Pauly D’s Italian Subs.