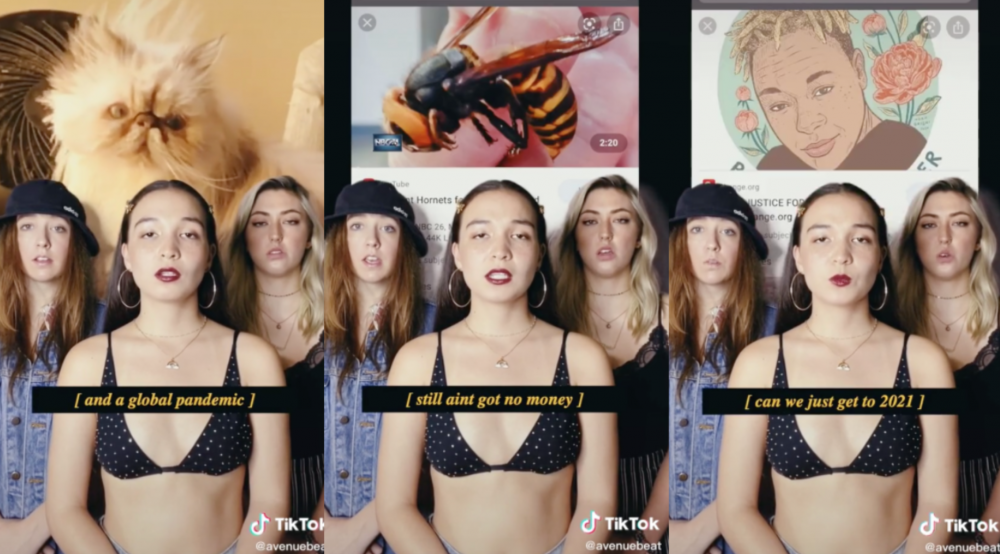 This song says f*ck 2020, These hyper realistic cakes are causing everyone to question reality, the D’Amelio sisters want young people to get in the “back-to-school” spirit with Hollister jeans, and Rubik’s Cubes are having a moment—all that and more viral news and stories to keep you in the loop this week! 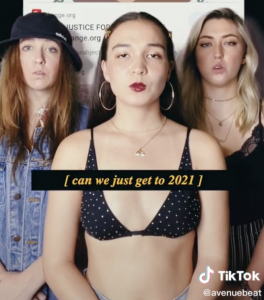 When Nashville-based music trio Avenue Beat—comprised of 22-year-old pals Sam Backoff, Savana Santos, and Sami Bearden—got together, they wanted to make a song and video on TikTok with a “simple” but “efficient message”: “Lowkey f*ck 2020.” The video—which currently has 12.4 million views—starts off optimistically with the young women singing about how they rang in 2020 on New Year’s Eve in high hopes that it would be “[their] year,” but the lyrics quickly take a turn as they flash a montage of current events from the year (so far) that include COVID-19, the postponement of the Tokyo Olympics, “murder hornets,” the deaths of Kobe and Gianna Bryant, the wildfires in Australia, and photos calling for the justice of Breonna Taylor, Elijah McClain, and many more amid the Black Lives Matter protests. The video went viral overnight: according to the trio, they woke up to 4.5 million views. However, it was taken down by TikTok allegedly due to language, prompting the group to joke, “of course it got taken down cause it’s 2020.” They reshared the video and track on different TikTok accounts and social platforms like Instagram and YouTube, which propelled the song’s popularity even further. Their @avenuebeat TikTok account currently has 343.5K followers, thousands of users have used the track as their background music and in “fan-made” videos, while the hashtag #F2020 has 12.4 million views. The song has been released to music streaming platforms Spotify, Apple Music, and Amazon Music, and yesterday, the group shared it has already been streamed 2 million times. According to Billboard, the new song follows the “hot new music trend” of writing songs about how much this year sucks. 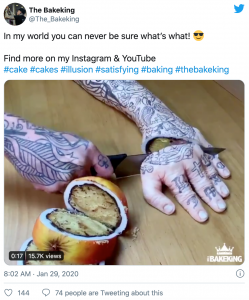 These Cakes Are Making Everyone Question Reality

It all started when BuzzFeed Tasty shared a video from Turkish baker @redrosecake_tubageckil on their own Instagram account with the caption: “These Are All Cakes!” The nearly four-minute video shows a series of “objects” like Crocs, lotion, fruits, vegetables, and pizza, being cut into and revealed to be cake. Next, realistic cake artists like Twitter users @NatalieSideserf and @The_Bakeking have gone viral across social media. Chaos ensued and the “Everything is Cake” and “Is it Cake?” memes were born. The cakes have caused division on the internet with some users on social media mesmerized and intrigued by the 3D creations, while others are disturbed. Many social media users have jokingly questioned whether everything around them (or even themselves) are cake. In a TikTok video by user @danbanbam, which has 8.2 million views, he shares himself watching the original Instagram cake video before reaching out for his pillow and can of seltzer, which are revealed to be—you guessed it—cake. Celebrities and brands like Netflix have gotten in on the meme, and of course, like everything else, it has even reached the world of Animal Crossing. Some are calling the meme perfect for our “horrible era.” 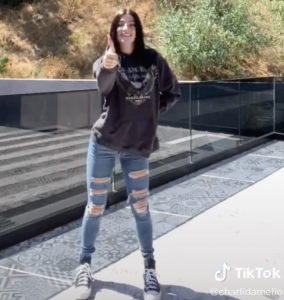 While COVID has created an uncertain future for the back-to-school shopping season, Hollister has decided to enter the “shaky” period with a new TikTok campaign led by the app’s popular stars Charli and Dixie D’Amelio, Noah Pugliano, and Bill Nye. All will serve as the brand’s “Jeanealogists” as they test the quality of the brand’s jeans. The D’Amelio sisters and Pugliano created an accompanying dance challenge #MoreHappyDenimDance, which has garnered 375.6 million views and features the original song “More Happy” by the “Hollister Jean Lab.” The challenge asks users to share their very own “happy dance” (with the hashtags #MoreHappyDenimDance and #HCoContest) wearing a pair of Hollister jeans, and participants will have the chance to win a virtual meet-and-greet with the D’Amelios, who will appear in several other Hollister digital campaigns throughout the fall season. While parents are still expected to “drop billions of dollars” on school necessities, Business Insider reported that there has been a “dip in apparel.” As brands continue to use TikTok to reach young consumers with hashtags and viral challenges, Hollister is hoping to keep kids and their parents for this upcoming school season. 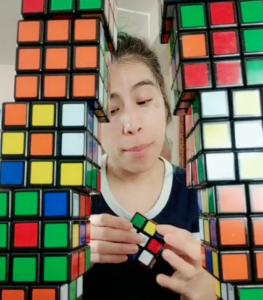 Thanks To TikTok, Rubik’s Cubes Are Back

Remember the Rubik’s Cube? To celebrate their 40th anniversary, Rubik’s Brand launched a campaign on TikTok for the “iconic” puzzle that has been “spreading organically on social media apps.” The #CubeAtHome hashtag has generated more than 17.8 million posts of young users sharing themselves trying to solve it. The brand’s #AdventureEveryTurn hashtag has accrued 2.2 million views, enlisting Rubik’s Cube competitors Keaton Ellis and Jack Cai as brand ambassadors to teach viewers how to solve the puzzles across all the brand’s social channels. Since the beginning of the pandemic, young people have been nostalgic for products and content from when they were kids, and popular ‘90s and 2000s brands have been coming up with ways to reach Gen Z and Millennials in the present. 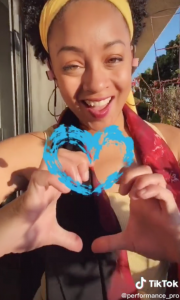 TikTokers are “com[ing] together as one global family” with #oneloveoneheart to donate to UNICEF, which has 33.7M views.

Other TikTok users are showing off their favorite #hiddengems—from restaurants to hiking trails.

Teens on TikTok are dressing up as grandmas in masks to score booze.

Some young women on TikTok are creating fake “safety calls” to help protect each other.

Beauty influencer Jackie Aina might be launching her own brand.

Gen Z is “revitalizing” Instagram with “Who R U?” posts.

After a massive Twitter hack, several verified and “blue check” accounts were locked—and other users roasted them.