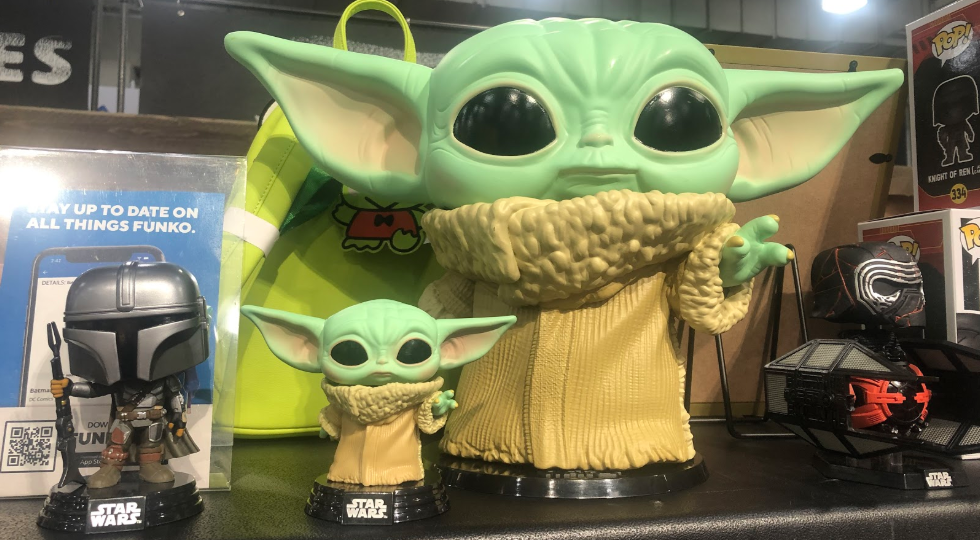 This week, we hunted through the millions of toys at the New York Toy Fair to find the playtime trends that will be hot this year…

Life-sized Squishmallows and Care Bears roamed the Jarvis Center this week, as retailers, executives, and press came together at the 2020 New York Toy Fair to pursue the biggest and hottest toy trends. And we hunted through the millions of toys on display to find the latest. Hot Wheels’ Tesla Cybertruck was a much-buzzed about item, and one of many remote-controlled cars, and kid-sized carts that put children in control. YouTube-influencer lines and unboxing inspired packaging are arguably getting even more popular. Many of the toys we saw at the fair continued trends we’ve covered before—AR-connected and animatronic toys, and nostalgia-fueled product lines—but we spotted some new emerging trends as well. Here are three big trends that will be taking over toy aisles and playrooms, for both literal and grownup kids, this year: 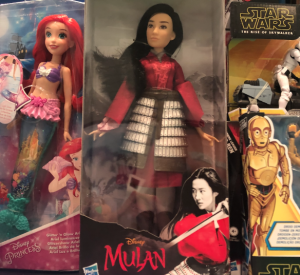 We already know that everyone fell in love with Baby Yoda once his little face debuted on The Mandalorian (and was plastered all over internet memes)—and at this year’s Toy Fair, he was the star. While unofficial, black market merch came out during the latter part of 2019, Disney and other big brands like Hasbro, Lego, Build-A-Bear, Chia Pets, and Funko Pop are all releasing their official Baby Yoda merch this year—finally satisfying the tiny green guy’s devoted fandom. Hasbro’s animatronic Baby Yoda already might be the most popular of the bunch. He blinks, “breathes,” chirps, naps, uses The Force, and more, retails for $59.99, and pre-orders are already almost completely sold out. But that wasn’t the only fandom being targeted with toys this year. With the premiere of Disney’s live-action Mulan in theaters later this year, Funko Pop and Hasbro unveiled action figurines and dolls to coincide with the film’s release—and the merch is bound to stir feelings of nostalgia in Millennials who grew up with the cartoon version. Batman, The Avengers, Game of Thrones, and Harry Potter (Wow! Stuff’s invisibility cloak was awarded most innovative toy at the fair) were still popular as brands advertised plushies, puzzles, buildable castle sets, and other merch proving that fandom is as strong as ever. Even The Office and Anchorman made appearances, hinting that 2000s nostalgia will continue to trend this year. Of course, these toys also count as movie and TV show merch, which has taken over the industry, but even long-gone shows and movies are getting attention thanks to their devoted fans, and the toy industry is giving them what they want. 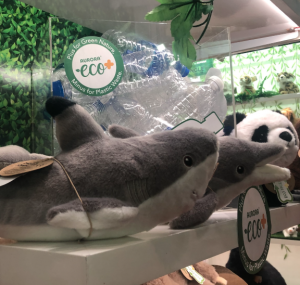 With young consumers’ growing concerns around the environment and climate change, sustainability and “going green” have increasingly been a focus for brands from fashion to food—and this year, toy companies put eco-friendly playthings front and center. Nearly all the companies at the event promoted toy lines made from sustainable materials. MGA Entertainment, known for the L.O.L Surprise! toys that helped kick off the unboxing trend, announced that in 2021, all L.O.L Surprise! packaging will be “entirely degradable,” and unveiled a new product line through Little Tikes brand made from resin. Aurora Toys highlighted how some of their toy lines were made from reusable water bottles (with the help of companies like Shore Buddies and Ocean Friends), while other toy makers spoke to how their products are made from paper-based materials like arboform. A standout company example of the trend is Green Toys, whose products—like vehicles, bath toys, tool kits, and tea sets—and packaging are made from 100% recycled materials like plastic milk jugs and grocery bags. Other brands, like Asweets, create kits geared towards educating kids on how to recycle, or providing accessories to upcycle trash into a new toy. 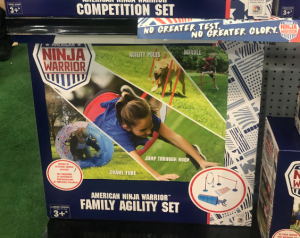 3. Getting Hands On & Outside

VR and AR-controlled tech have been a major talking point for years—and of course tech was everywhere at this year’s trade show. But this year, many STEM and educational toys focused on hands-on learning, and balancing screen time. Most of the brands we spoke with emphasized how while screen time is important for a child’s development, having physical, tangible products mixed in with intergenerational play adds to a well-balanced learning experience. Toys that mimicked doctor’s tools, puzzles that showed the human anatomy, and old-fashion science and chemistry kits were all the rage. Outdoor toys encouraging kids to play outside with their family were everywhere, too. Micro Kickboard debuted new versions of their popular scooters with sizes for the entire family—and b4Adventure exhibited all their brands including Slackers, Playzone Fit, and their bestselling American Ninja Warrior series, which all emphasize being active and getting outside. Waterplay was also a major theme: Combining outdoor activities with nostalgia, NERF announced ahead of the Toy Fair that they were bringing back and recreating three of their popular Super Soakers in the spring, and unveiled the updated versions as well as their new models.