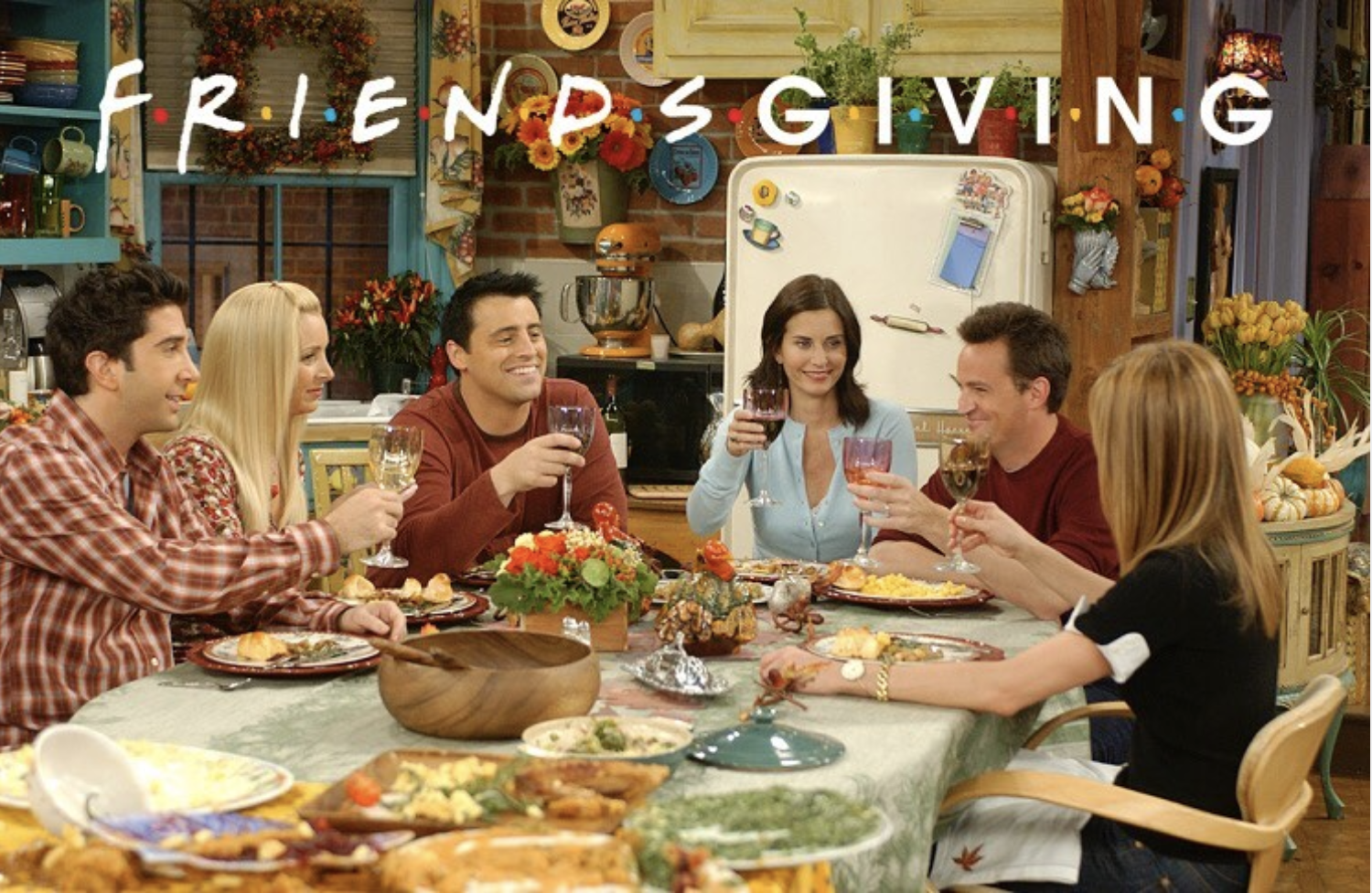 The number of young consumers who celebrate Friendsgiving has doubled since 2014, and the trend is hopping generations. Here’s how the Millennial holiday got to where it is now…

YPulse has been tracking the Friendsgiving trend for years, watching as Millennials have fueled their own spin on Thanksgiving that takes all the best parts of the traditional feast but leaves behind the family drama—which might be why it’s becoming more popular every year. The holiday originated on college campuses and among urban friend groups far from home and unable to make it home for the holidays (or just as happy not to). Though Friendsgiving is becoming a recognized celebration, there are no hard and fast rules. For some, the holiday replaces Thanksgiving, especially if they are stuck at home, in dorms, or abroad, and aren’t able to make it to their family festivities. But Friendsgiving celebrations are also being added to young consumers’ schedules in November in the weeks and days before or after their regular, family Thanksgivings. Regardless of what the gathering might look like, the overall theme for all is doing things the way they like—Millennials we’ve interviewed mention everything from game nights to drunken potlucks. No rules, just fun—and for some, an escape from family judgment. As the L.A. Times put it: “Friendsgiving is Thanksgiving with no baggage, no family tensions, no aging relatives you fear might expire right there on the couch. At Friendsgiving, no one sits in judgment over that awful spiced bourbon you love or the pajamas you wear to the table or the ribald nature of the conversation.” And with 44% of Millennials telling us their relatives drive them crazy on Thanksgiving, Friendsgiving may be a welcome respite.

While just a few years ago you may have never even heard of Friendsgiving, in 2019 it’s hard to miss. The Google Trends graph of the word Friendsgiving—which shows how often people have Googled the term over the years—shows an ever-increasing spike of interest each November starting seven years ago. In fact, between 2004 and 2012, data for the term is practically nonexistent. Now, from November 2017 to November 2019, the number of people searching the term grew 20%. Food publications have also started releasing Friendsgiving host guides, and the Instagram hashtag #friendsgiving has over 1.2 million posts. And in our recent Thanksgiving topline, 39% of 19-37-year-olds told us they plan to celebrate Friendsgiving this year—the highest amount we’ve ever seen for the holiday and almost double the number that planned to celebrate when we first asked in 2014 (21%). 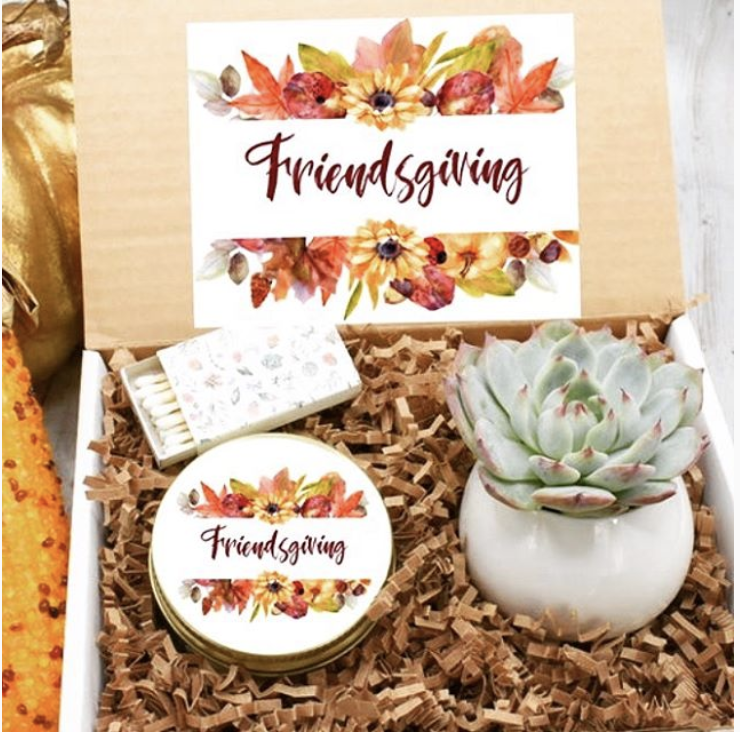 What’s driving all this growth? In the past, we talked about Millennials’ group mentality having something to do with the holiday. For this generation, friends aren’t just friends, but another form of family. This is even more relevant now. As we explored in our recent trend report Extended Singledom, many Millennials are in an extended period of solo living. While headlines have been shouting for some time that Millennials are killing marriage, what we’ve found (and have said before) is that Millennials aren’t rejecting the life milestone; they’re just in no rush to tie the knot. Millennials are less likely to be married in their 20s and 30s than any previous generation. According to Pew data, 30% of 25-34-year-olds in 1980 had never been married, compared to 54% in 2017. This delay is creating a completely new life stage among the generation—and a new solo living industry. Now, new products and services are emerging for single Millennials who have more discretionary income to spend on themselves—and who want brands to celebrate their independence instead of stigmatizing their singledom. And what better way to celebrate than gathering their other single friends around them for a chosen-family feast? In fact, regardless of whether they plan to celebrate Friendsgiving, 35% of 19-37-year-olds tell us they plan to spend Thanksgiving day with friends this year compared to 28% last year. 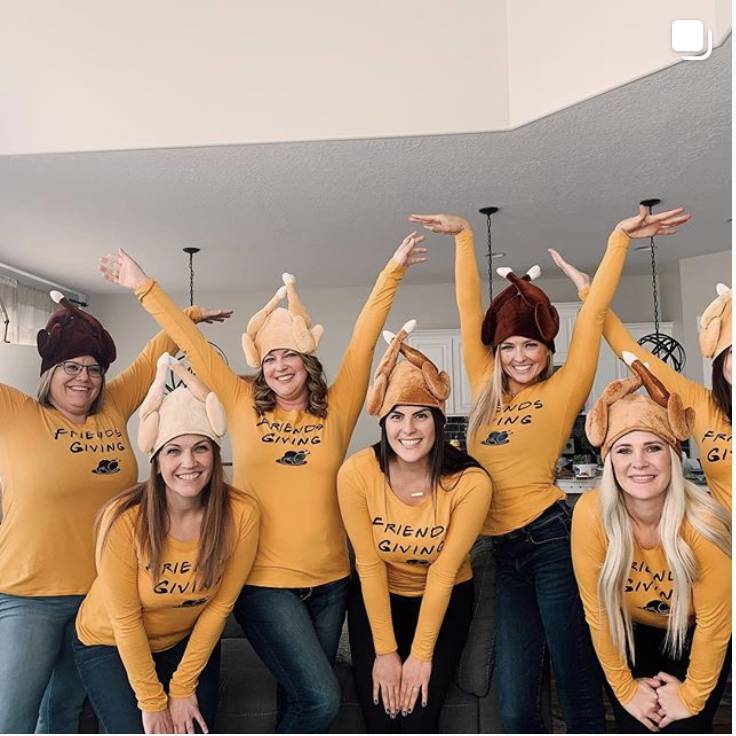 With Friendsgiving rising as a legitimate holiday, brands have continued to get on board to tap into the opportunity to reach Millennials, and this year it’s getting meta. Since the start, the inception of Friendsgiving has been at least partially credited to the popular show Friends. Though Xers may feel ownership over the show, nostalgia-loving Millennials name the show as one of their all-time favorites after growing up watching avidly in both live seasons and streaming repeats. On this and other friend-group-focused shows, holidays were celebrated with friends as a replacement for family, and might have served as inspiration for the generation. So it was only a matter of time before the Friends franchise offered Millennials a Friendsgiving experience. This year, on the Sunday and Monday post-Thanksgiving, participating theaters across the country will show the series’ Thanksgiving episodes, according to AV Club. And for Friends superfans, EW reports that throughout November, Warner Bros. is offering a “Friendsgiving” tour through the Studio backlot to show off some of the show’s most iconic sets, followed by a sit-down meal with, of course, your own Friends-loving friends.

Though Friendsgiving has been dubbed the “Millennial holiday,” we’re seeing evidence that the tradition is catching on with Gen Z, too. Last year, just 17% of 13-18-year-olds told us they planned to celebrate what was once a “Millennial holiday.” This year, 40% tell us they plan to sit down to the traditional meal with friends—essentially the same amount as Millennials. And with more and more young consumers celebrating the holiday, the opportunity for brands to tap into Friendsgiving to reach Gen Z and Millennials will continue to grow, too.