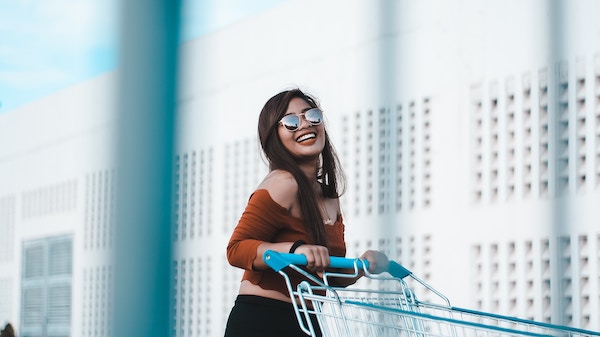 When young consumers spend, they often feel guilty—but what are the things they don’t mind paying too much for? We found out…

Did you know that 68% of 13-36-year-olds feel guilty spending money? Young consumers born and raised in the recession (52% of 13-17-year-olds don’t remember a time before it) were trained to bargain shop and to think of anything they don’t “need” as a splurge. As one 32-year-old female told YPulse, “A splurge or treat is buying something I could technically do without, or make at home. Deviating from the bare minimum for survival/ only pay your bills out of your check & save everything else mentality I developed during the Recession. Buying a coffee?? That’s $4.50 I could be spending on gas to get to work!! Not having to think that way anymore is still a shock, and I have to actually lower my defenses and give myself permission.” Even as the economy improves, they’re looking for reasons to excuse their spending and feel okay about loosening their purse strings. It’s one of the reasons that “Treat yo’self” has become a motto among Gen Z and Millennials, who are looking for extra encouragement to spend on things that aren’t necessities.

Increasingly, there are things they’re happy to spend a little extra on: Over nine in ten 13-36-year-olds tell us that allowing for indulgences every once in a while is good self-care. Falling into one of those categories is a big advantage to brands—so what are they? In our recent financial monitor survey, we asked 13-36-year-olds, “What is something you spend too much money on but don’t regret?”* Here are the top responses they gave:

*This was an open-end response question to allow us to capture the full range of items that young consumers don’t regret spending too much on—without our preconceived ideas shaping their responses. As with any qualitative question, the responses include those that are top of mind and those that are most popular. The lists are ordered according to number of responses received, and alphabetically when ties occurred.

These young consumers continue to show that they love (and prioritize) food culture: food is the top item they tell us they don’t regret spending too much on. Dining out came in at number four and groceries was ranked number 12. Food plays many roles for them, but besides just enjoying spending on something that tastes good, young consumers talked about the social elements of food, and sharing food experiences with friends. Some referred to spending too much on food prepared by others as a worthwhile cost because it makes them happier and saves them time. According to one 25-year-old female, “I really, really dislike cooking. I recognize that feeding myself is necessary and a form of self-care, so I don’t regret money I spend on high quality food.” One 27-year-old male explained that he doesn’t regret splurging on food for several reasons: “Convenience at times, indulgence others. When I go out, I like to try new things or have a high-quality version of something I know that I enjoy.”

But while food is a necessary expenditure, there is plenty on their no-regrets spending list that counts as pure entertainment and indulgence. Video games are arguably the highest ranking of these, and we continue to see the importance of this pastime among Gen Z and Millennials. In fact, video games ranked as a top five no-regrets splurge among two age groups:

Notably, food is the number one item on the list for all three groups, but among both 13-17-year-olds and 18-24-year-olds, video games ranked in the top five. Older Millennials—25-36-year-olds—were more likely to name travel (which they have a bit more budget for).

Beauty products and services ranked in the top five for both 18-24-year-olds and 25-36-year-olds, and came in at number three in the overall list, showing the increasing focus on self-care purchases among young consumers. In our recent Wellness Intensified trend, we found that 29% of 13-36-year-olds have increased their spending on skin care alone in the last 12 months.