Teen Guys Versus Girls: 15 Brands They Plan to Buy 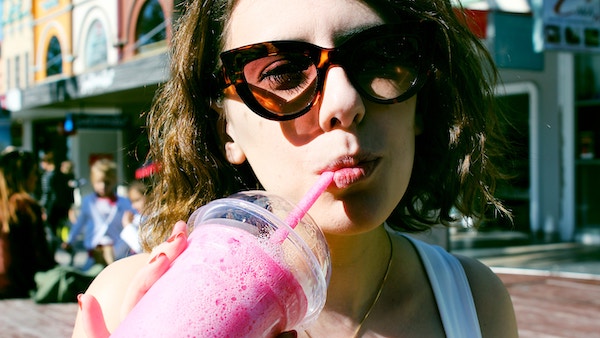 Gen Z consumers are today’s teens, and we looked at the brands they say they’ll buy—and compared guys’ and girls’ purchasing preferences…

We learned a lot about Gen Z in the last year—and with the oldest members of the generation firmly in their teen years, we’re starting to get a sense of what kinds of brands they prefer. According to YPulse’s finance monitor data, teens’ estimated direct pending power (based on the spending money they report having monthly) is currently between $74 billion and $118 billion. And as fintech solutions continue to emerge to digitize teens’ spending, they’ll have increasing control over the brands they purchase and how their spending power is wielded. As it stands, online recommendations and recommendations from friends and family are the top influences on teens’ brand preferences. They’re also influencing what brands are purchased for their households: Parents tell us that the number one influencer of the brands they buy for their kids are requests from their kids.

Brands are, as always, eager to appeal to these young consumers, with some tapping teens to help with ad campaign and product development. To find out which are actually getting them to pull out their (or their parents’) wallets, we tapped YPulse’s continuous brand tracking survey, which measures the perceptions of 13-39-year-old consumers across 400+ brands and 81,000 interviews annually. We get young consumers’ perceptions of brands across industries, and also ask them which brands they would use, buy, or buy from in the future. Looking at the data for this dimension, we compared the brands that male and female teens plan to buy, and found which are appealing to both groups, and which are trending higher with one or the other: 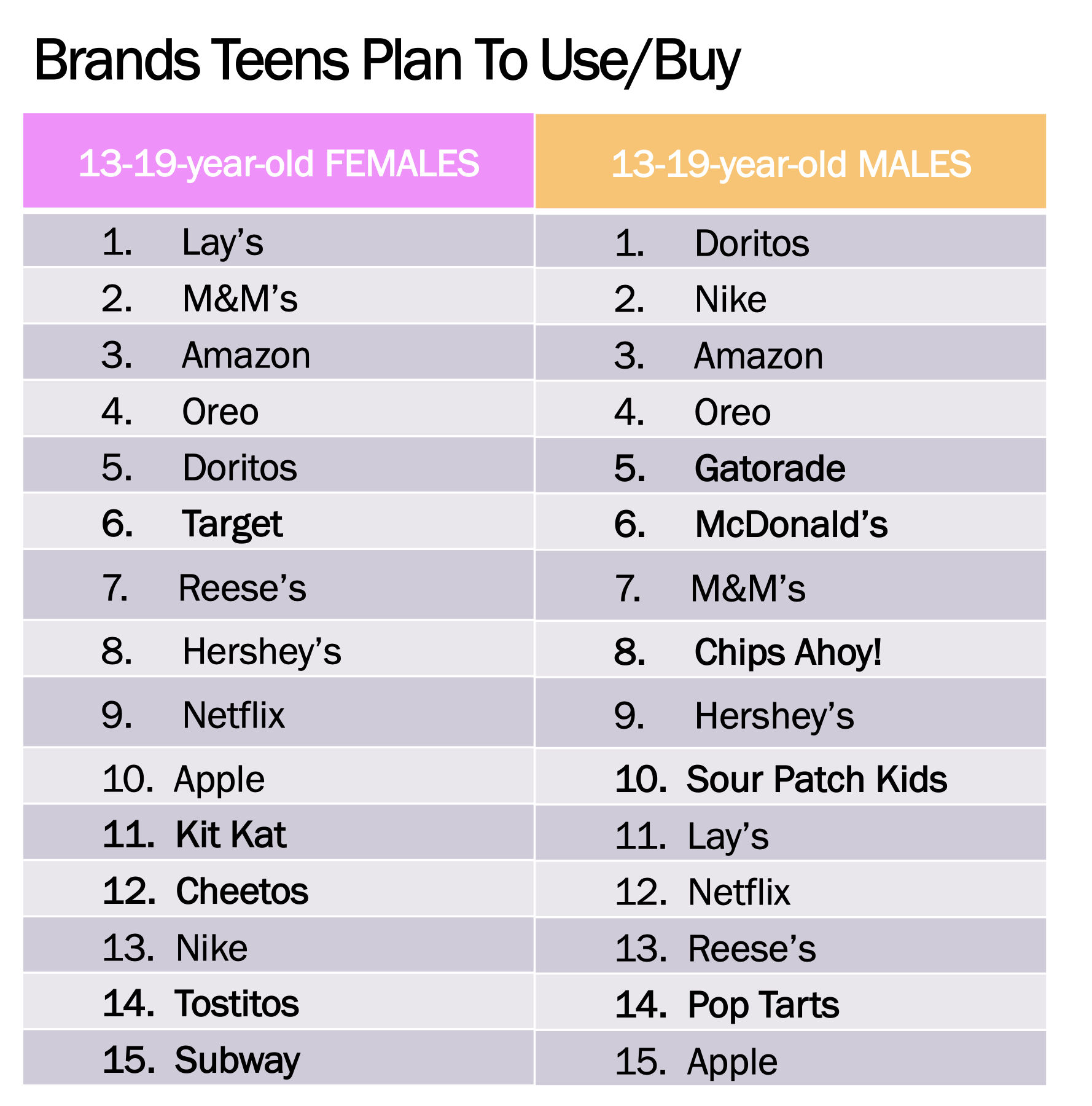 *YPulse’s youth brand tracker measures young consumers’ relationships with a brand based on a weighted 6-point scale, ranging from “Never heard of this brand” to “This brand is one of my favorites.” We also ask respondents “Which of the following would you USE, BUY, OR BUY FROM in the future?” These are the top brands that were rated as ones they would use, buy, or buy from, among those who are aware of the brand. The brands on this list are among the almost 400 brands included in the brand tracker as of 3/6/2019. Rankings are subject to change as more brands are added and removed.

There is a fair amount of crossover in the top brands that teens guys and girls say they’ll be buying, with 10 out of the top 15 appearing on the top ranking for both genders: Amazon, Oreo, Lay’s, Doritos, Reese’s, Hershey’s, Netflix, Apple, and Nike. Of those, Lay’s, M&M’s, Apple, and Netflix were rated slightly higher among females, while Doritos and Nike fared better among guys. (Amazon, Hershey’s and Oreo placed similarly with guys and girls alike, showing the cross-gender appeal of chocolate and convenience online shopping.)

But of course the real juice is in the brands that appeared exclusively on males’ and females’ will use/buy lists (bolded in the table to help distinguish differences). Target appears on females’ list and not males’, and is the only retailer outside of Amazon to make the top 15 brands these teens plan to buy from (a warning sign for others in the industry). And as the retailer makes moves towards becoming a one-stop wellness shop by stocking up on all-natural beauty brands, we could see young females favoring them even more—especially since, according to Gartner L2, Target advertises more on Pinterest (a female-dominated platform) than their competitors. The other brands that saw significant gender preference live in the CPG and QSR categories: in other words, teen guys and girls aren’t buying the same foods. Their snack preferences especially seem to differ, with teen females planning to buy Kit Kat, Cheetos, and Tostitos, while teen males plan to buy Gatorade, Chips Ahoy!, Sour Patch Kids, and Pop Tarts. Outside the home, McDonald’s was the sole food chain to make the top ranking among males, while Subway was the only food chain on females’ list.