How Big Brands Are Getting Into the Subscription Box Game 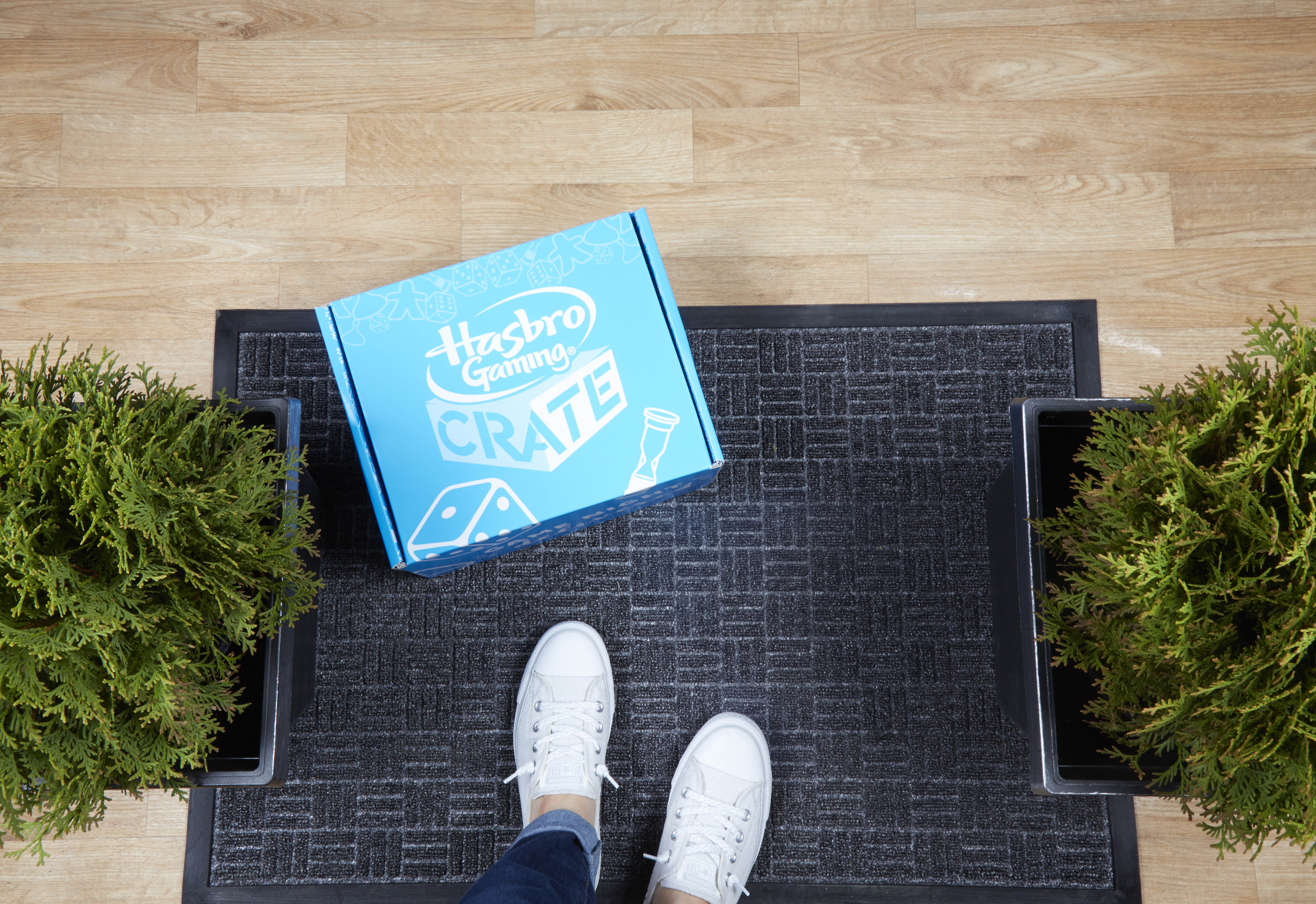 Big brands in fashion, personal care, playtime, food, and even cars are tapping into the subscription service trend to appeal to Millennial consumers…

We’ve been covering the trend from the start, when it was all about the disruptive startups ruling the space. But in 2015, the founder of subscription box startup Carnivore Club predicted where the popular industry would go next: big retail brands joining in on the subscription model craze. Since then we’ve seen more established brands borrowing a page from the Birchboxes of the world; just look at Sephora’s beauty box, and Walmart’s. (Yes, even Walmart has a beauty box.) But it’s not just the beauty retail industry that’s taken note of the trend. Here are some of the more recent examples of major brands in fashion, personal care, playtime, food, and even automotive, who are finding a way to get into the subscription box game: 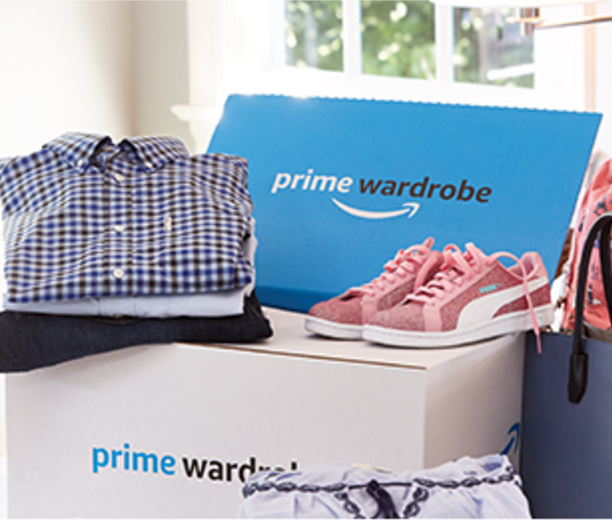 “Watch out subscription boxes.” That’s how PCMag announced the news this week that Amazon is launching a service that borrows some from of the biggest clothing subscription perks to give Prime members even more reason to shop for their wardrobes on the site. Amazon Prime Wardrobe (currently in beta) isn’t technically a subscription (deliveries are not recurring that we know of), but it has all the elements of one, and it seems everyone is comparing it to players like Stitch Fix and Fabletics. Prime members will be able to “fill [their] box” with three or more clothing, shoes, or accessories items, which will be delivered to them with no charge. They’ll then have seven days to decide what they want to keep, and be charged for only those items—with an increasing percent discount the more they buy. This isn’t Amazon’s only subscription box play: they also recently rolled out a STEM club which sends kids monthly surprise boxes with new toys aimed at developing skills. 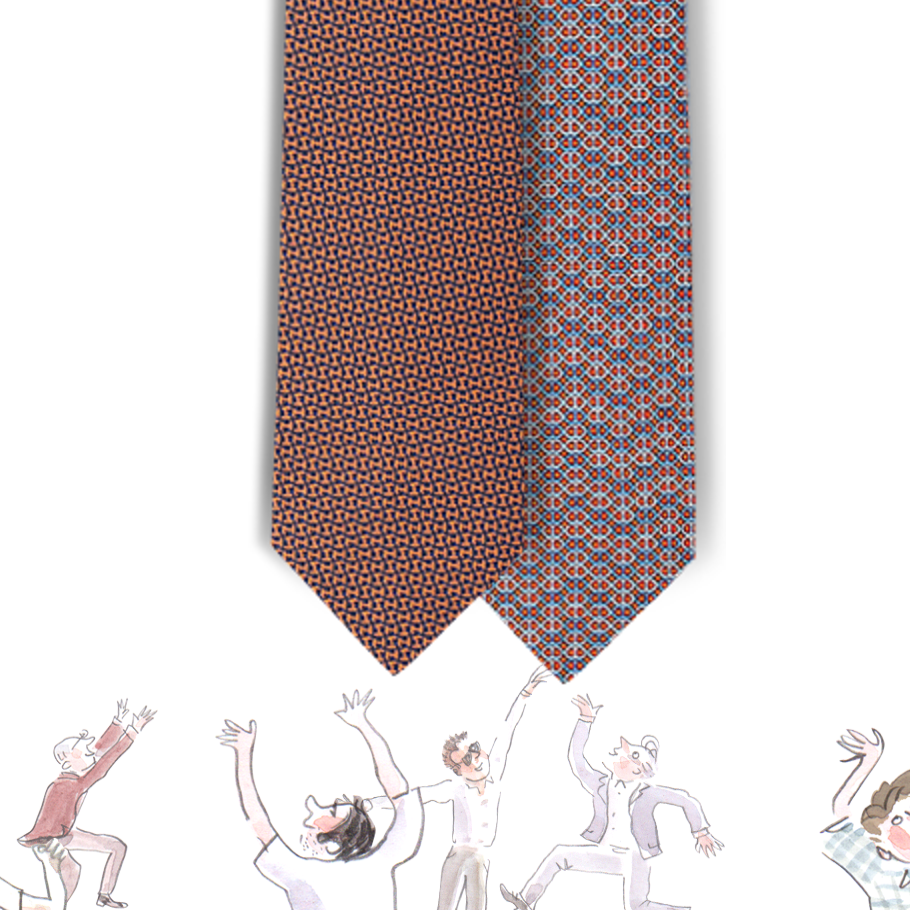 You didn’t think that luxury brands would be left out of the subscription box space, did you? Hermès is taking a niche approach to the tactic, with their launch of the Hermès Tie Society this month. (Just before Father’s Day to be specific.) For the neckwear-obsessed, the Society offers three subscription options: “Tri-monthly: a new tie every quarter, Bi-monthly: a new tie every two months, Monthly: a new tie every month (also payable in one go – makes an ideal gift!)” Subscribers must visit an Hermès boutique to get started, and take a “Pesonali-Tie” quiz so that brand can pick the ties that will appeal most. Membership also includes perks like “expert laundering, tie reshaping and repairs.” 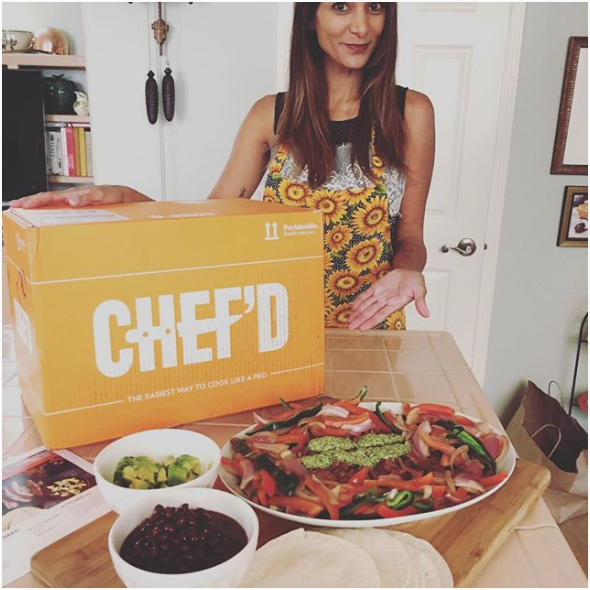 Campbell is getting in on the meal-kit trend. The brand is partnering with meal-kit service startup Chef’d to have their products included in boxes and recipes. Chef’d isn’t exactly breaking ground on meal-kit mania (which 13-34-year-old foodies ranked as the number four biggest food trend of the year), but it is eschewing the subscription model—instead, consumers can order as many meals as they want at a time with no commitment. Campbell’s partnership means dinner might feature “a recipe with Swanson broth”—a sneaky way to get in front of an evolving market. 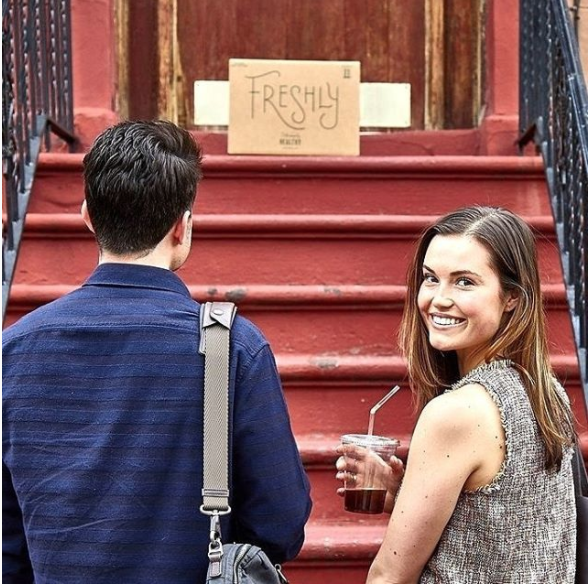 Of course, Campbell isn’t the only food brand to find their way into meal-kit land. Almost immediately after the Campbell’s/Chef’d partnership was announced, news broke that Nestlé would be investing in meal kit startup Freshly—with a healthy $77 million funding for the healthy food delivery business. The move is a clear effort to get in front of Millennial consumers, who are more open to the direct-to-consumer food model. Freshly’s CEO told Fortune, “Nestlé is the largest food company in the world and this is the first sizable investment [from their industry]…The evolution of food in grocery stores is dramatically changing. We are at the very early stages of this movement but it is gaining traction and going to get better and better.” 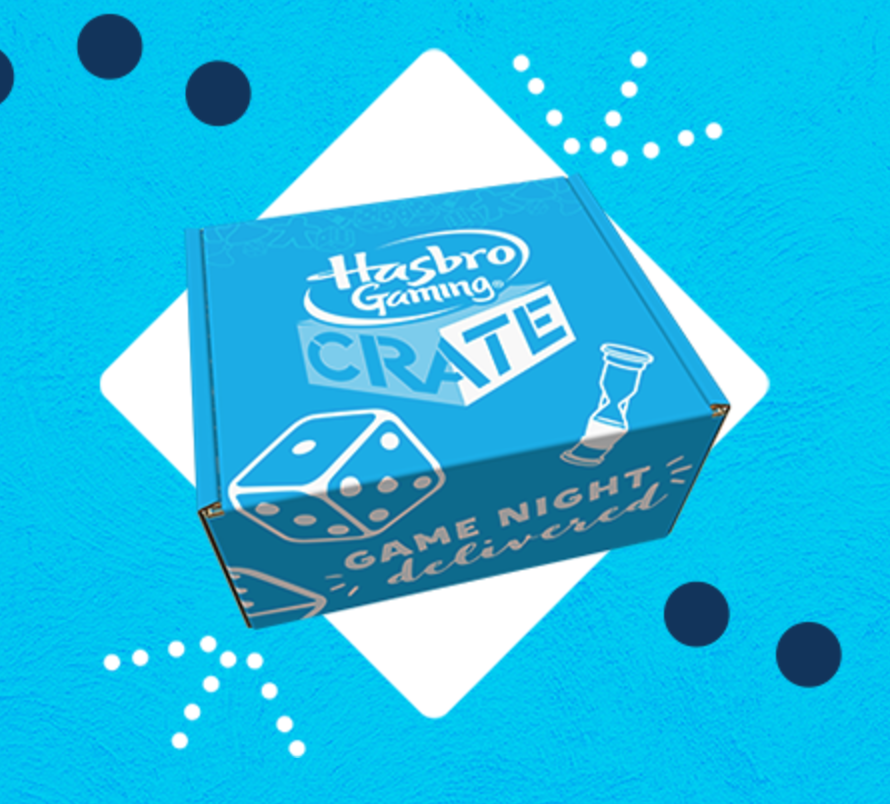 In an increasingly digital world, board games have made their comeback with Millennial. U.S. board game sales have increased by 28% in the last year, which a NPD Group analyst says has much to do with the “nesting trend:” “More people are binge watching and cooking at home…rather than going for an expensive night out.” The owner of one board game bar reports their audience is, “working professional, older Millennials who are over the bar scene.” Hasbro is “riding this wave,” and says sparking “social conversation” has been key—but they’re also taking the opportunity to entice these young players with a new subscription service. The Hasbro Gaming Crate will deliver three games from Hasbro every three months, starting this fall. Subscribers can choose from a Family Crate or Party Crate to receive themed boxes delivering game night to their door. 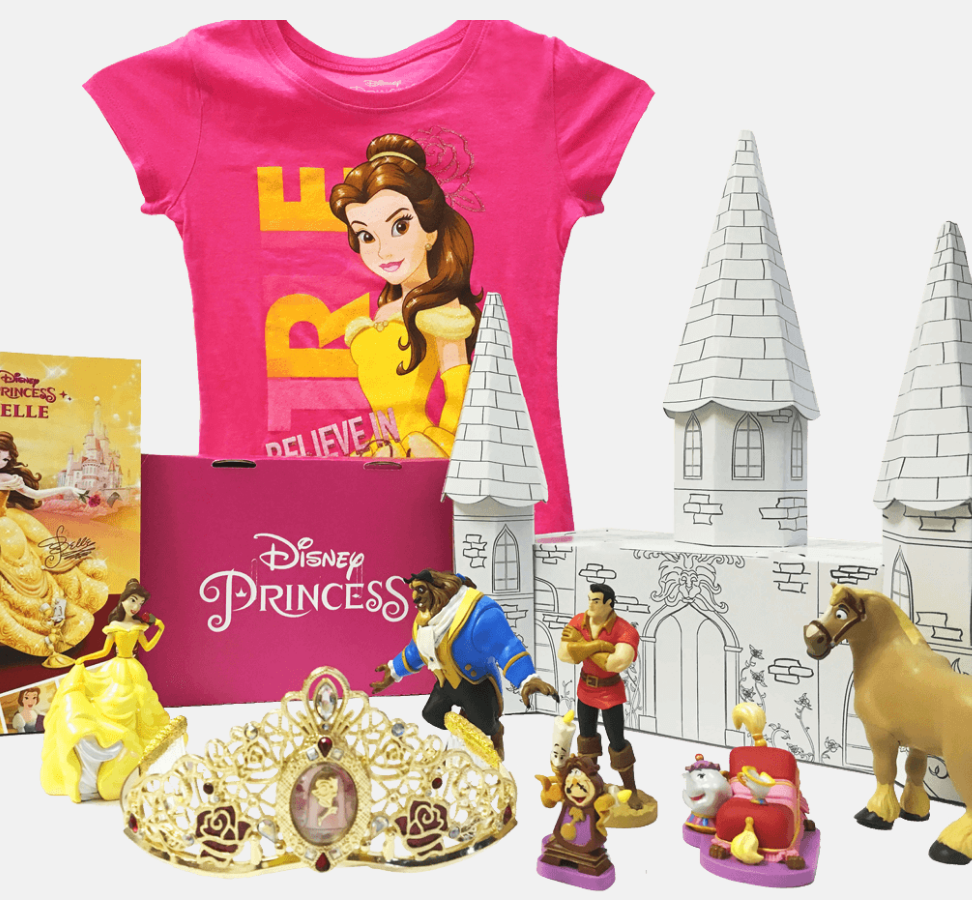 In other toy subscription news, this May subscription toy company Pley Box launched a Disney Princess service, giving Disney a foothold in the play subscription market. The brand became a part of Disney’s accelerator program last year, leading to the creation of the current box, which contains a mix of products focused on a theme. The first promotes the Beauty and the Beast movie with a t-shirt, book, role-play items, and a box that converts into a castle. The service has built up a subscriber base of 150,000 since launching in 2013, and Disney isn’t their only brand partner. They’re also offering a National Geographic box, each themed around “a mission to rescue an endangered animal in a new part of the world.” 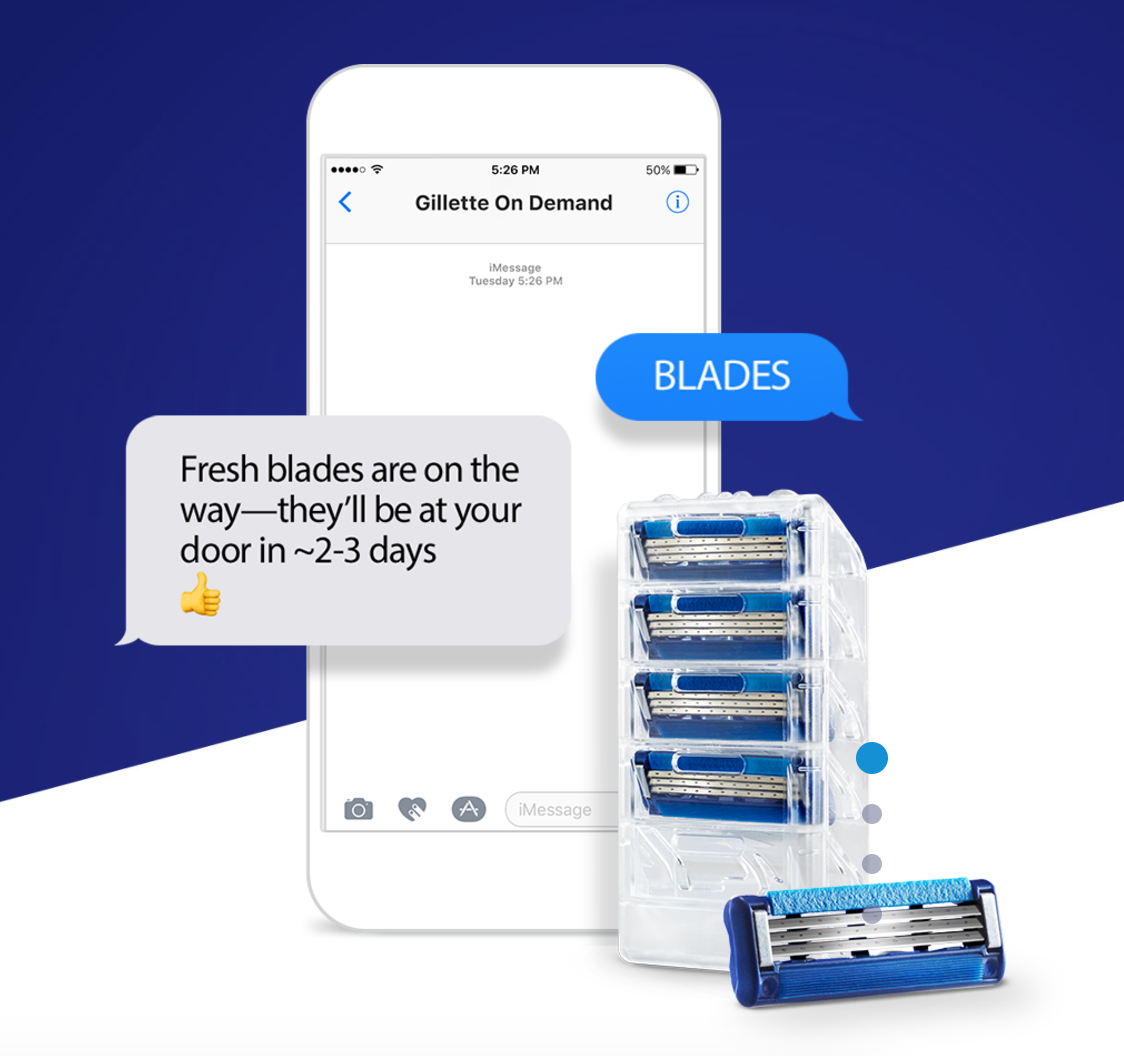 Gillette is keeping up with the competition with a new Gillette On Demand service. Harry’s and Dollar Shave Club are taking a significant share of the razor market year over year with their blade delivery services as Gillette sees its own share plummet—from 70% in 2010 to 54% in 2016. The new offering continues the subscription service they launched three years ago, adding an order-by-text feature that allows users to request a new shipment with a quick message (“Blades”) from their phones. To kick-start the effort, every subscriber’s fourth order will be free. 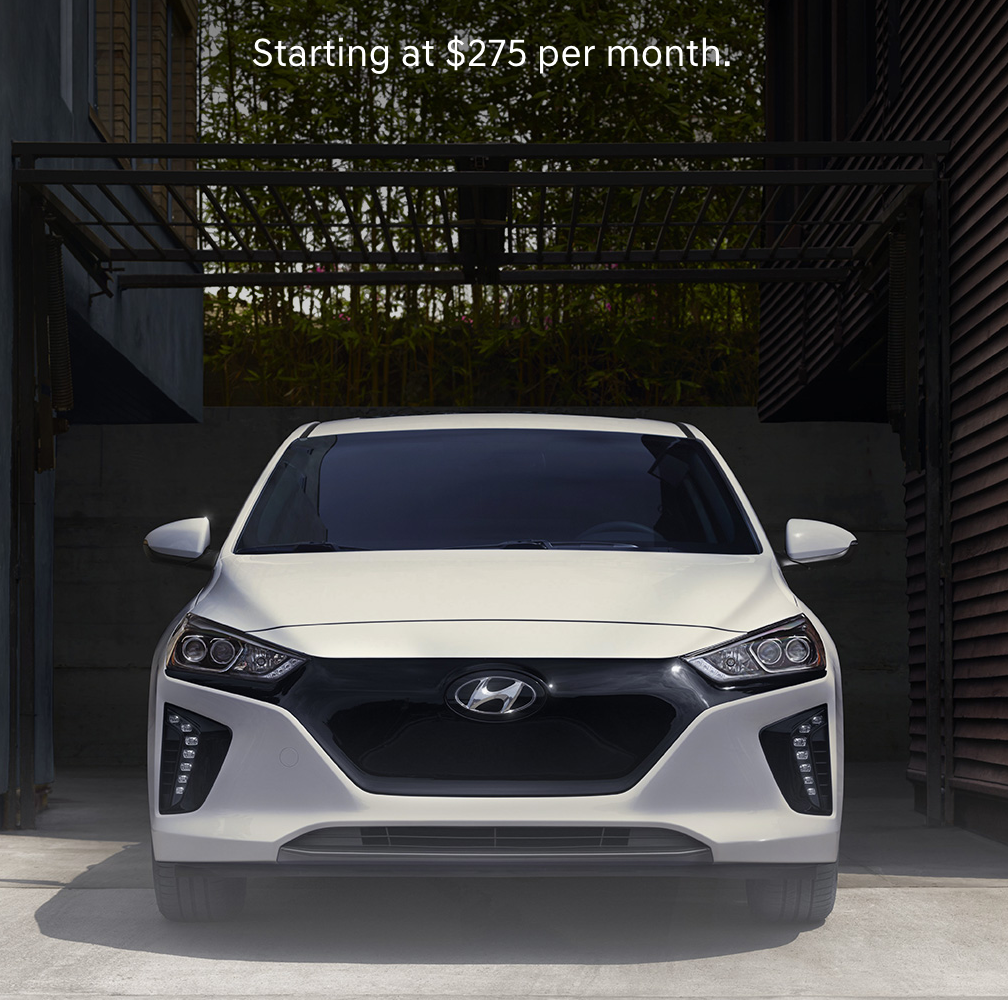 Can the auto industry get in on the subscription model trend? Hyndai is going to try. The brand is working on a Millennial-targeted subscription program that will “make car ownership as easy as owning a phone.” Ioniq Unlimited, which launched in California this year, allows consumers to get a 2017 Ioniq Electric for a single monthly fee starting at $275, with no down payment. The service aims to make the transaction of obtaining a car incredibly simple to appeal to Millennials, and will include recharging fees, unlimited mileage, and scheduled maintenance.