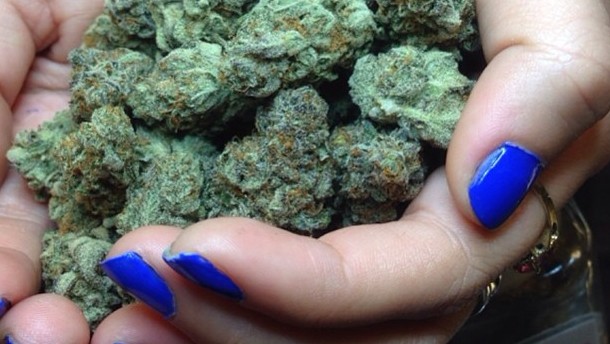 The majority of Millennials have long felt that weed is no big deal, and as that attitude is adopted by more of the mainstream, the “marijuanaconomy” is continuing to heat up. Even major brands are showing hints of embracing pot culture, and profits, and startups are seizing the green opportunity.

Millennials are in many ways leading the charge in the mainstreaming of weed, and 65% of Millennials 18-29-years-old favor the legalization of pot. Once considered taboo and only part of a counter culture, marijuana use is becoming normalized, and as more states continue to legalize it, new weed themed TV shows, apps, and startups are launching left and right. Almost a third of Millennials enjoy the recreational use of marijuana, and there is no such thing as a stereotypical “stoner” anymore, as everyone from CEOs to college students to mayors are enjoying the increasingly acceptable pastime. Last year the video “Grandmas Smoking Weed for the First Time,” went viral, and has earned over 19 million views on YouTube to date. The grandmas get high, eat snacks, and play Cards Against Humanity to the delight of viewers. It’s not just funny. The video’s popularity also shows how much the Millennial-attitude about pot—that it’s not a big deal—has spread.

In 2014, we wrote about the burgeoning “marijuanaconomy,” and the various areas on the brink of a boom. In the past year, in Washington and Colorado alone, Americans spent $370 million on cannabis products, and there’s potential for the annual spending to reach $10.8 billion by 2019. That shiny number has caught the attention of many, and even mainstream brands are showing signs they could become a part of the weed economy in the future: Whole Foods CEO John Mackey has said he’d consider launching a gourmet-cannabis aisle in his stores, as long as local communities approved. The ubiquity of pot doesn’t mean brands need to start lighting up to appeal to Millennials, but it is worth noting what’s becoming the norm and what opportunities are being seized in the wake of weed’s more widespread legalization. Niche dating/socializing app High There helps users make connections with other individuals who regularly smoke up, or, of course, “that special someone who understands and supports your choice to consume.” That’s just one example of a startup capitalizing on the culture—here are some of the other companies helping weed’s taboo status go up in smoke: 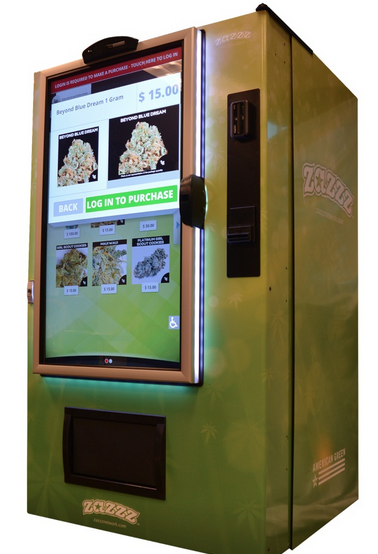 Vending machine innovations have been getting more and more out of the box, and Seattle just got the latest in vending reinvention: a new kind of marijuana dispensary. ZaZZZ, a product of the American Green company, is a green, state of the art, touch screen machine offering buds, vaporizer pens, hemp-oil energy drinks, and more. The machine helps visitors to avoid the awkward middleman when purchasing weed and edibles. The ZaZZZ provides you with more than tangible goods: it offers in-depth information about its products. The concept is faced with many legal and technical obstacles, but it seems to cover all of its bases with its ability to match the face of the pot purchaser with the ID presented as proof of medical eligibility. Five ZaZZZ machines are currently being planned for locations around the U.S. 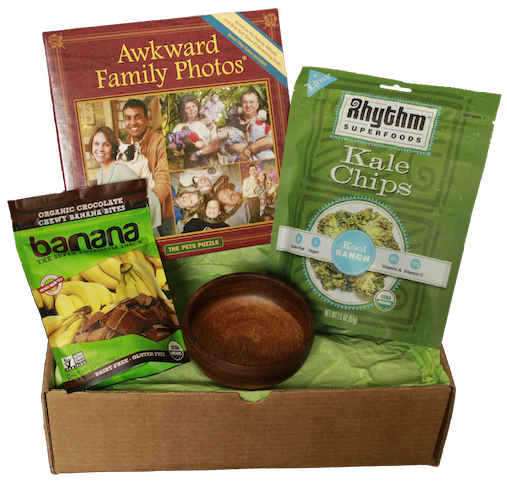 Birchbox, the popular pioneer in monthly subscription boxes, sparked the launch of many more, from Barkbox, for, you guessed it, dog owners, to snack subscription Naturebox, and now The Happy Crate. The Happy Crate is here to “make your marijuana more fun,” and provide entertainment for “That moment when you smoke your pot or eat your edible, and you realize you’ve got nothing to do.” For $25 a month, the startup sends curated entertainment packages of 4-6 items that are simply more fun to use when high. Think gourmet popcorn, puzzles, movies, and rolling papers. They also have a gift option. Happy Crate does not provide any actual marijuana, but instead capitalizes on the fact that more people in more places are smoking, and creatively provides a product that appeals to that growing group. 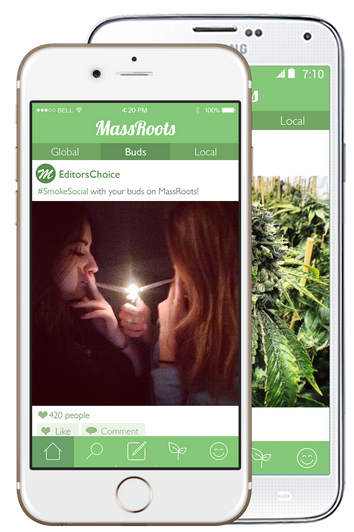 Google’s Android has already permitted marijuana related tech ventures in its app store, and Apple is now lightening up when it comes to legal weed, lifting their ban on pot-focused apps. As the number of marijuana related startups increases, weed apps, like social networking platform MassRoots, are celebrating Apple’s restored permission of cannabis social apps. The decision comes after much petitioning from from marijuana advocacy groups and over 10,000 emails from MassRoots users asking Apple to change their previous ban. The pot business is maturing and tech companies dedicated to the trade raised $100 million is venture capital last year. Censorship still exists on digital platforms like Instagram and Facebook, but Apple’s opening to such apps displays the shift around marijuana that is taking place in the tech world.