The Great Movie Comeback: How Gen Z & Millennials Have Brought Back the Box Office 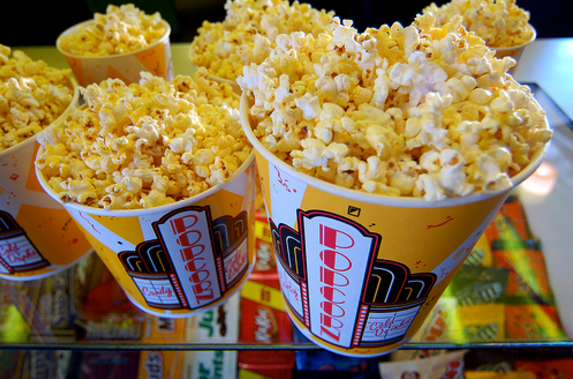 In the age of digital entertainment, when films are available to pirate even before they’re on the big screen, going to the movies was supposed to become passé. So why is the box office bigger than ever?

Remember when the movies were in trouble? Netflix and Amazon make movies available in (for generations who remember Blockbuster) what feels like record times after their releases. Pirating movies online is easy, and free. Why go to the movies, and spend all that money, when you can watch them in the comfort of your home? As recently as last year, we wondered about the future of the movies, saying “It’s not as easy to get young viewers to go to the movies as it once was,” and that Millennials and post-Millennials had Hollywood a little worried. Theaters now compete with Facebook, Instagram, and YouTube for attention, and movie attendance among the 18-39-year-old audience has declined from 2011-2016.

But bright spots began to appear: 2015 was a box-office record breaker, and last year, Deadpool became the first rated-R movie to top $100 million in sales its opening weekend. Attracting younger viewers was key to its success: Fortune reported that it “[hit] the Millennial consumer’s sweet spot,” and the film’s extensive digital marketing targeted young viewers with irreverent content on multiple social platforms. Recently, the article Go fullscreen: can Hollywood fight back against Netflix? implied that streaming services are threatening the livelihood of cinemas, as they start to release films that coincide with theater premieres. But according to The Guardian, “the facts tell a very different story.” In 2016, both the U.S. and the U.K. box offices reached record levels, and with the record-breaking success of the latest slate of films, interest in going to the movies is on track to only get higher. Now, in the age of Netflix, movie theaters are standing strong. Recently, BuzzFeed called attention to the fact that the movies are seeing a revival unlike anything they’ve seen in twenty years. Ticket sales are up 5.5% from last year, the highest level since 2004—and we’re still in the first half of the year. The site reports, “Basically, in the last two decades, there have never been this many people seeing this many hit movies this early in the year.”

Though some are still surprised when we tell them that young consumers are going to the movies, we continue to see evidence that they are as interested as ever in the big screen experience. (We’ll admit it, we’re a bit surprised ourselves.) When we asked Millennials and Gen Z what they regularly do in their free time, going to the movies made their top 15 list—with 51% of 13-17-year-olds and 35% of 18-34-year-olds saying they go to the movie theatre regularly for fun. But movies made the top lists of both Millennials and Gen Z’s biggest passions as well.

So what’s going on? BuzzFeed has a thought: “People Are Seeing More Movies In Theaters As The World Burns To The Ground.” Basically, in a time of heightened stress for everyone, movies are becoming a great escape once again. We don’t disagree. Millennials and Gen Z are already anxious generations, and the current state of the world arguably has them more stressed than ever before. Just look at the movies they’re most excited to see this summer: Guardians of the Galaxy, Vol. 2, Beauty and the Beast, Pirates of the Caribbean—all pure fantasy, pure escape, with heaping doses of nostalgia. Going to the movies might not make their top list of mental wellness activities, but they clearly provide a much needed respite from the real world. It’s one of the most deeply rooted reasons that audiences have loved movies since their invention, and these generations are coming out in droves to experience it.

Millennial parents might also be part of this box office boom. According to The Hollywood Reporter, Millennial parents and their kids are currently some of the most lucrative movie going groups: two-11-year-olds and 25-39-year-olds were the only two demographics who didn’t decline in 2015. Perhaps because of this, PG has become the “new go-to rating” for film studios. After years of falling behind “PG-13 superhero movies and action spectacles,” PG movies are now winning the “battle for box-office glory.” In 2016, five of the top 10 domestic movies were rated PG, and the latest example of PG success is Beauty and the Beast, which broke records with a $170 million opening. This has led to another major trend: movie tie-in toys. This year there will be about 25 movies with toy tie-ins—an “unprecedented number” for the toy industry which has in the past years usually seen around eight. The New York Toy Fair showed off the latest from Hollywood, like plastic swords from Power Rangers, Dancing Groots from Guardians of the Galaxy Vol 2, and Minions from Despicable Me 3—all efforts by studios to make movies more “family-oriented” and bring the storylines into playtime. Licensed toys also boost the entire industry, accounting for almost 30% of all toy sales according to NPD.

But despite the toy market trend, perhaps these “family-oriented” movies are massively successful right now because it’s not just Millennials with families who are going to see them. Young consumers are looking for a lighthearted experience, and if they can’t get it in their real lives, they’ll buy a ticket to borrow it for a few hours.