Effectively reaching young consumers isn’t easy, and the media landscape is shifting so rapidly that it can be difficult for brands to keep up. Even if you know the basics, new ways to engage Millennials and teens are constantly popping up. Here are three you shouldn’t forget.

Marketing to Millennials and teens? We know it’s not easy. Though they embrace brand interaction more than their Xer predecessors, their marketing preferences are complicated. They spend more time than ever online and on mobile social platforms, but tend to ignore mobile in-app ads and online ads like banners and pre-roll videos. When we ask young consumers which type of advertising they usually ignore or avoid, 62% say online ads, like banner and video ads, and 68% say mobile in-app ads. At the same time, only 3% say that traditional advertising is the most valuable to them when deciding what to buy. Three. Percent. Clearly brands have to work hard to engage with these picky consumers.

But there is a silver lining to the current state of youth marketing. There have never been so many ways to reach this group. It seems that a new space to communicate with Millennials and teens pops up every week. Digital marketing is getting more innovative, snapshot marketing (marketing on visual platforms) has become a must, and these days smart brands can co-create their futures with young consumers, who are more than happy to weigh in and give you their opinions.  Here are three more emerging spaces that you shouldn’t forget if you’re marketing to Millennials and teens: 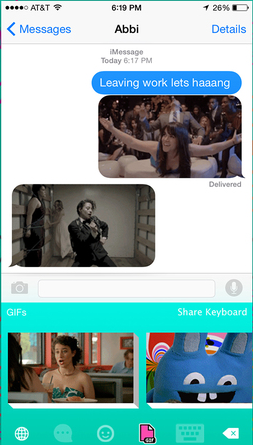 The number one thing that Millennials and teens are doing on their smartphones every day is messaging, a behavior that is driving the popularity of messaging apps like WhatsApp and Kik. For young consumers, these chat apps have become a vital part of communicating with friends, sharing the world around them, and keeping constantly in the loop. They have also racked up young users by the millions, and so it makes sense that brands are beginning to find ways to reach them there. But it is a tricky balance. As Forbes notes, “We expect ads to live alongside content we consume. We don’t expect them to crop up in our one-on-one communications.“ Brands need to be more careful in these more private spaces not to intrude or annoy. So what’s the answer? Their keyboards might be brands’ in. Startups like Swyft Media and Snaps are working with brands to create content like branded emoji keyboards and chat stickers that young consumers will willingly use in their chats with each other. Snaps has worked with Burger King, Victoria’s Secret, and Sony to create content that consumers can download and incorporate into their messaging behavior. Because they must opt-into themselves to send these customized icons, the engagement is more organic, and participation more enthusiastic. Evidence that their keyboards might be the best way to market to Millennials and teens using chat is already mounting: When the startup launched a Broad City keyboard for Comedy Central earlier this year, more than 55,000 keyboards were reportedly downloaded and installed in the first eight weeks, which resulted in more than 1 million branded images sent. 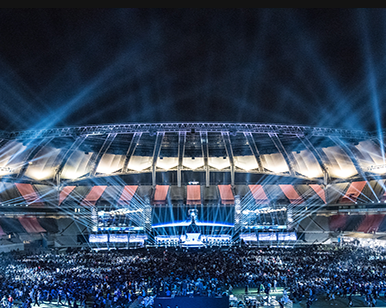 2. The World of E-sports

News that online video gaming streaming network Twitch was purchased for $970 million caused some jaws to drop last year, but the reality is that video game viewing is big business. When we asked about the subject in September 2014, 25% of males 13-32-years-old, and 17% of 18-32-year-olds overall said that they follow e-sports. Gaming tournaments and competitions, or e-sports, “sell out giant arenas” and are watched online by massive audiences “larger than top traditional sporting events.” Prize money for participants has now reached millions of dollars, and some young gamers are making a living by streaming their gaming matches. The genre is creating millionaire gamers. Olajide “KSI” Olatunji is a 21-year-old YouTube star who has used gaming, vlogging, and his online experience to become a self-made millionaire. KSI is being featured in Vice’s e-sports documentary series, and is reportedly the second most watched YouTube channel in the UK, with almost 9 million subscribers, and 1.5 billion video views. The world of e-sports is only continuing to grow, and brands are beginning to become involved in the space. Intel, Red Bull, Coca Cola, and more have been sponsoring e-athletes and groups to reach their young, passionate fans. This participation is still in early stages, as is the e-sports industry itself, but brands interested in reaching young, particularly male, consumers should pay attention. 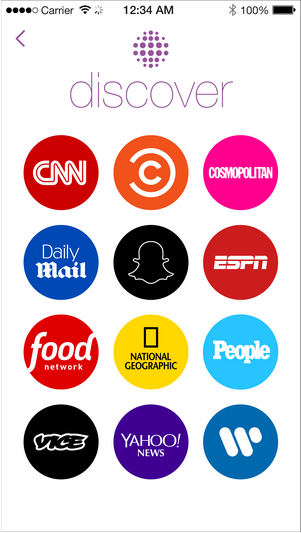 Sure, you’ve heard about Snapchat’s somewhat scandalous sexting past, and you’ve probably heard about teen’s obsession with the app, but you should remember that this year the ephemeral messaging platform has become a more friendly place for brands. There are plenty of reasons that brands should be excited. Our most recent social media tracker found that 40% of 13-32-year-olds, and 52% of 13-17-year-olds say they use Snapchat, and 34% of teens say they use the platform daily. According to other recent data, more than half of users are between 16-24-years-old, which makes it more popular than Facebook Messanger and WhatsApp among teens in the U.S. Contrary to the popular belief that it is used for privacy, 69% of 16-24-year-olds say they use Snapchat because it’s fun, and 62% they’re on it because lots of friends are using it; while only 30% say they use the app because it’s more private than other networks. Now that they have young consumers firmly on their territory, the app is continuing to make changes to the platform that show brands and media will be a big part of their future. Their Discover feature offers users original editorial content from media sources like ESPN, CNN, Net Geo, and Vice. Videos, photos, and written content that publishers have created specifically for the app are all being published ephemerally on the feed. Last week, the platform announced they will begin to sell ten-second advertisements in Discover for 2 cents per view, further opening up the tool for brand/consumers engagement.