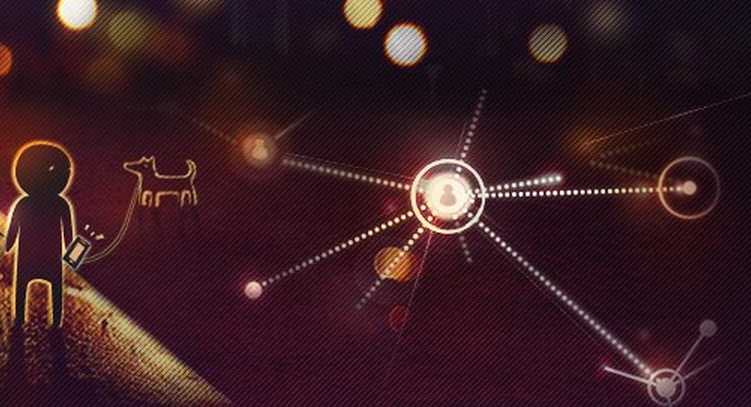 For many young consumers, chat apps are as vital to their everyday interactions as social media. But while they may be more private, they don’t have to be marketing-free spaces. Some smart brands are infiltrating increasingly popular chat spaces, and engaging their young users. 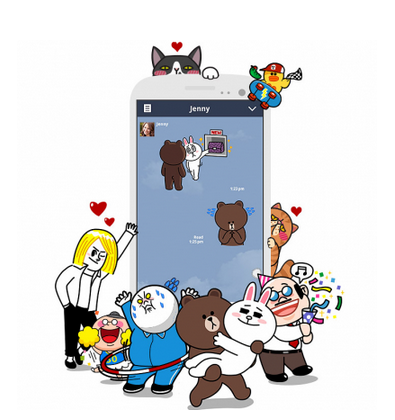 Chat apps are the new social media. For Millennials and teens around the world, messaging platforms like Kik, WhatsApp, WeChat, and Line have become a vital part of communicating with friends, sharing the world around them, and keeping constantly in the loop. These apps have racked up young users by the millions. Kik claims to have “40% of America’s youth using its service.” Messaging service WhatsApp recently hit 700 million active mobile users, sending over 30 billion messages daily. Thanks to major numbers like those, 2015 is shaping up to be the year that brands infiltrate these increasingly popular chat apps. Just how they will take advantage of this huge space is beginning to play out.

Let’s take a quick step back and look at how we got here. Messaging apps like Kik have been around from some time, available to mobile users looking to surpass text messaging fees. But in the last few years, chat platforms have gotten more and more popular, because they provide young users the privacy they’ve been seeking and not finding on social media. In the early days of social, older Millennials thought of networks as secret clubs inhabited by just their peers, where they felt free to broadcast personal information and incriminating pictures with little thought. Once that exclusive club was infiltrated, it took some time for them to adjust, but they’ve been doing so by gravitating towards networks and tools that keep things more exclusive. We’re seeing the re-birth of exclusive networks and chat apps are as private as they can get.

But that privacy does not mean that they are brand-free spaces. Snapchat has been leading the way in the departure from Facebook’s “anything and everything to anyone” sharing practices, and they’ve recently made it very clear that brands and media will be a big part of their future. Their very recently announced Discover feature offers users original editorial content from media sources like ESPN, CNN, Net Geo, and Vice. Videos, photos, and written content that publishers have created specifically for the app are all being published ephemerally on the feed, which also includes advertisements. Today, Madonna is premiering a music video on the Discover feature, an indication of ways that Snapchat could be used by brands going forward. 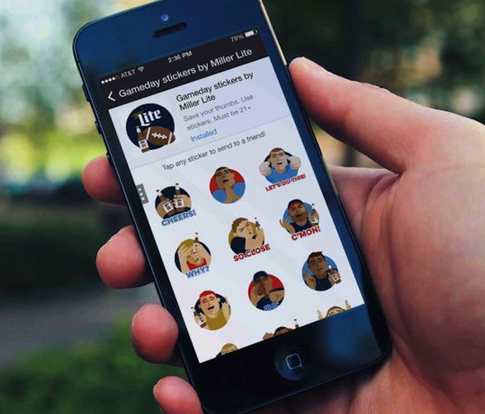 Of course, the image-based and ephemeral Snapchat is quite different from text chat apps like WhatsApp, Line, and WeChat. But we’re beginning to see brands play in these spaces as well. Outside of the U.S., brands have already been an active part of these apps. Line provides users with free chat, voice, and image messaging, but their major distinguishing feature is their “stickers,” basically uber-cute pictures that act as “super-emoticons” and can be purchased by users—a big way that Line makes their money. In China and Japan, branded stickers from media giants like Disney and Hello Kitty are common, and stickers from brands like KFC and 7-11 are used as marketing tactics. Stickers are beginning to make appearances here in the U.S. as well, where Line is sure they will be taking off with consumers. For the Super Bowl, Miller Lite worked with digital sticker agency Swyft Media to release 12 stickers for users of Kik and Paltalk to exchange for free. The stickers were game-inspired, featuring cheers-ing bottles and stressed out fans, and Swyft reports that they were downloaded over 600,000 times and saw millions of sends.

Stickers aren’t the only way that brands are reaching out to chat users. The Wall Street Journal has 700,000 followers on Line and WeChat combined, and is actively experimenting on both platforms by creating news alerts. The BBC, The Huffington Post U.K., and BuzzFeed have all established WhatsApp channels that serve a similar purpose. For the time being, the activity for these outlets is about “raising brand awareness and increasing the reach of the brand,” rather than profits or subscriptions. Meanwhile, Snapchat is not the only chat platform that content is being released on. Paul McCartney’s new single with Kanye West was offered free to those who follow him on Line, where he has more than 10 million fans. Those users got both a private chat from McCartney and a public post announcing the song’s availability, along with a link to download.

Stickers, media feeds, content releases—these are just the start of the ways that we could imagine that chat apps will be used to engage with young users. As messaging platforms continue to grow, brands will continue to experiment with campaigns that make these more private spaces home to creative marketing.