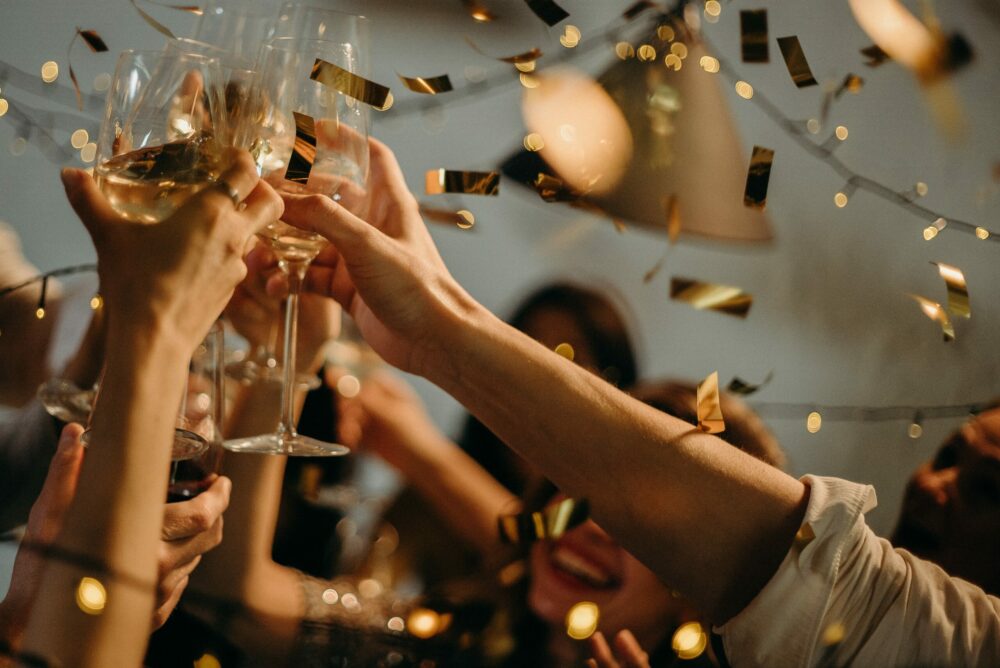 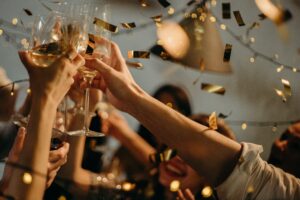 2021 was not the return to normal young Europeans hoped for. So how do they plan on celebrating the arrival of a new year?

While everyone hoped that the 2021 holiday season would be a return to normal, young Europeans (and the rest of us) have had no such luck. Though 13-39-year-olds in Western Europe have been feeling antsy to get out of the house and back to in-person activities for a while now, cases of COVID-19 are surging across Western Europe and a new wave of lockdowns is becoming a reality in many countries, putting a stop any party plans young Europeans may have had. France and Germany recently closed their borders to British citizens as the Omicron variant spreads quickly in the U.K., and Italy tightened restrictions on people crossing their borders. Meanwhile, clubs across Europe have been forced to close their doors again and some regions are imposing curfews on bars, pubs, and restaurants, all but ensuring that this year’s New Year’s Eve may look similar to 2020 for European Gen Z and Millennials.

So what does this mean for young Europeans’ New Year’s Eve plans? In our recent survey, we asked 13-39-year-olds how they plan to ring in 2022: 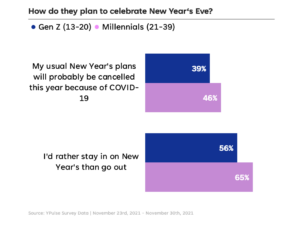 To start with, young Europeans aren’t feeling very confident that their usual holiday plans will be possible this year due to COVID—nearly half of Millennials are betting on their plans being canceled, and close to two in five Gen Z say the same. That said, the majority of both generations say that going out likely wasn’t in their plans anyway. The majority of Gen Z say that, in general, they’d rather stay in than go out, hinting that the younger generation may be catching up to Millennials’ growing homebody tendencies. In fact, while 65% of 21-39-year-olds tell us they’d rather stay in, Gen Z is more likely to say that they’re planning on ringing in the New Year at home this year: 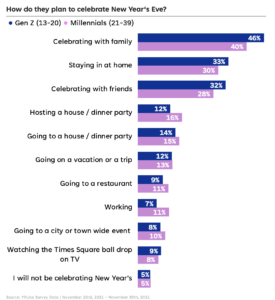 Thirty-three percent of 13-20-year-olds say they’re planning to celebrate by staying at home compared to 30% of Millennials. The younger generation is also more likely to say they’re planning on celebrating with family or friends, while Millennials are slightly more likely to say they’re going out to a restaurant, party, or city-wide event (not to mention working). But that said, the vast majority of young Europeans aren’t planning on doing typical New Year’s activities, with less than one in five saying they’ll do anything other than celebrate with family and friends, or just stay in. What’s more, even fewer of those 18 and older plan on going to a bar or club to celebrate this year: 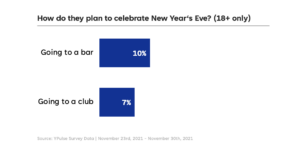 YPulse’s recent WE nightlight and drinking behavioral report found that the Sobriety Shift is taking hold in Western Europe, too, with nearly a quarter of young Europeans saying they never drink and a third saying they make a conscious effort to limit their alcohol intake. But more than that, young Europeans are also growing more and more comfortable with Netflix and chilling the night away—and less comfortable with the types of in-person activities that used to define youth culture. In fact, 41% say they’ll never go to a nightclub again, and 26% say the same of bars/breweries/pubs. With nightlife culture fading from their lives anyway, it’s no wonder that so few say they plan to hit the town this New Year’s Eve.

That said, young Europeans do plan on celebrating; it just might look a bit different. Just 5% say they would do anything this year, highlighting how young consumers are learning to lean into the new normal, and find ways to celebrate anyway. 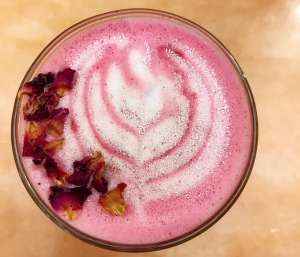