What Social Media Platforms Are Gen Z & Millennials Spending the Most Time on Right Now? 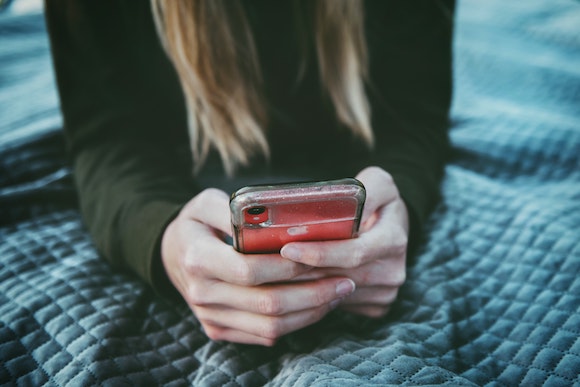 Not surprisingly, Gen Z & Millennials have different answers when we ask what social platform they’re spending the most time on…

Social media has been a lifeline to young consumers this year, serving as not only a means of connection, but as entertainment and escape. In our April report on social media use, we found that Millennials were spending a self-reported five hours a day on social platforms, and Gen Z was spending closer to six. The majority of both groups said that their social media use had been changed in some way post-COVID, with half saying they were checking their feeds more often. Since that time, we’ve seen social media use drop back down slightly—especially as school routines and regular contact with friends has been reinstated for many young people.

Back in May, we revealed young consumers’ favorite platforms to use during COVID, which revealed some of the major changes in the social media landscape that have occurred this year, including the quick rise of some newer players. But when we recently asked young people what platform they’re spending the most time on right now, their top answers revealed something else:

What Platform Do They Spend the Most Time on Now?

Facebook, the OG social network, is at the top of the ranking of platforms that young people report spending the most time on right now. Despite a plethora of newer choices, Facebook received by far the most responses to this question. (Though teens were a major exception—more on that in a bit.) Why can’t twenty and thirtysomethings stay away from the platform? The social media giant is the one-stop-shop destination of social activity for them. As 31-year-old female explained, “Because it has everything packed into one app, I can see my family and friends, as well as new news and know what’s going on all over the world.” But Facebook is also where many still spend so much time because they’ve been with it for so long, and have the most connections on the site. As one 31-year-old male put it, “This is the social media platform which I have been on the longest, and all of my friends are family are on this network.” We also heard from many young people that they use the site for work, or to buy or sell things on Facebook Marketplace. It’s clear that Facebook’s enormous “footprint” helping to keep its users coming back.

Instagram is second on the ranking, and when we look at the reasons that young people who say they spend the most time on this platform give, connecting with friends and community is of course a major theme. But young users who spend more time on Instagram are also more likely to say they use the app as a boredom killer, and that their feeds keep them up-to-date with trends, celebrities, and memes. They’re also more likely to say they’re using Instagram to build their own audience, promoting their work or business. YouTube’s number three spot on the ranking reinforces the fact that young people don’t just see the site as entertainment, but that many use it to connect with others. One 16-year-old male told us he spends the most time on YouTube, “Because it’s not like traditional social media, the community is really big yet we all feel connected and the content creators are generally really friendly to their viewers, making them less like celebrities and more like friends.”

But, going back to Facebook. As we so often see, their position on the ranking depends greatly on the age of respondents. When we compare Gen Z teens to Millennial twenty and thirty somethings, a huge gap is clear:

Not only is Facebook not the top social platform named by teens for this question—it doesn’t even make the top five ranking for 13-19-year-olds. Instead, Instagram is at the top of their list, followed by TikTok, YouTube, Snapchat, and Twitter. As we’ve said, Facebook captured Millennials at a young age, keeping them loyal users, and the next generation hasn’t developed the same relationship with the site. Gen Z is building their connections with friends, and brands, on newer platforms—which will become increasingly important as this group ages up and gains spending power. So while Facebook continues to dominate Millennials’ time, those looking to capture the next generation of consumers clearly need to invest elsewhere.