Cleaning and Fancy Pots Are Trending on Social Media 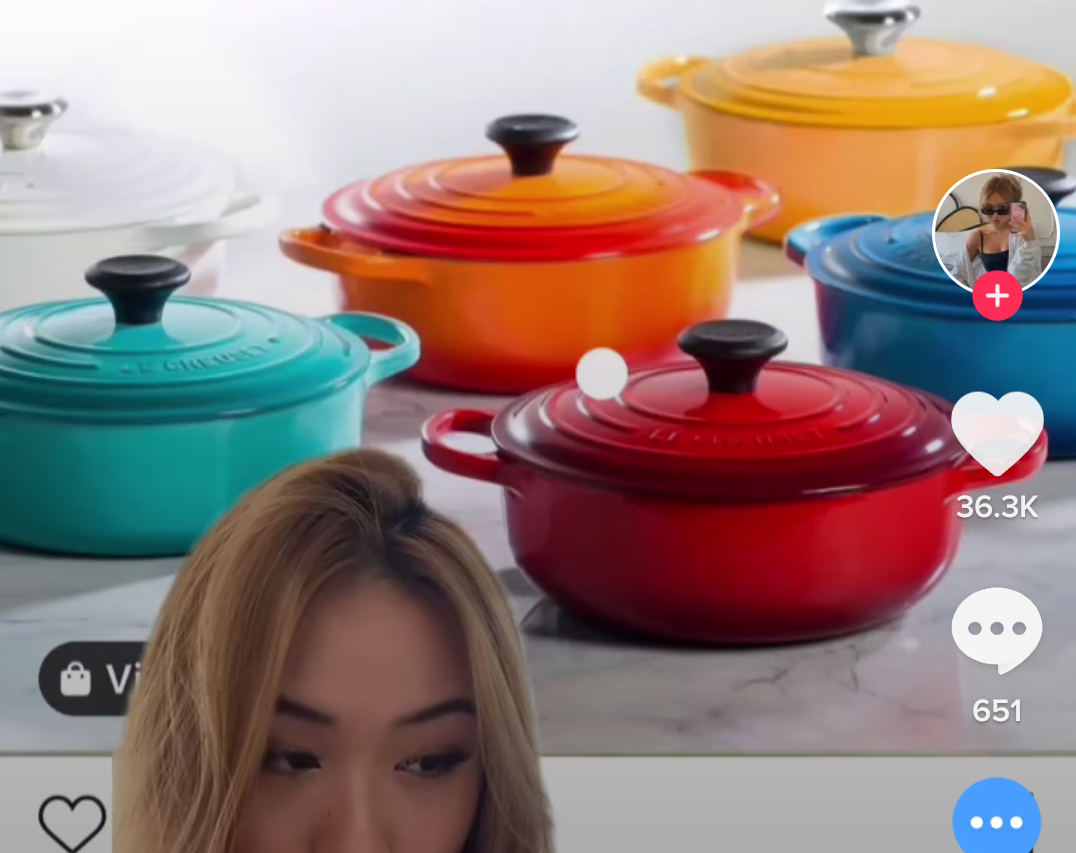 As Gen Z and Millennials spend more time focusing on their home spaces, these domestic trends are taking over social media…

While Gen Z and Millennials have long had homebody tendencies, some have wondered if being forced to stay in would alter their feelings towards the home. But YPulse research has found the opposite: With the home becoming a shelter from the storm more than ever, young people are focusing on making their current spaces more comfortable and comforting. We wrote a whole report on the topic, and our No Place Like Home trend found that 64% of 13-39-year-olds have become interested in improving and fixing up their homes because of COVID.

Brands have been feeling the impact: NPR reported that home improvement is surging during the pandemic, with a survey from Porch.com reporting three out of four homeowners have completed a major project since the start of the pandemic, and searches on Google for home improvement work are up 50% from last year. And according to Retail Dive, home goods have also been growing: sales of coffee and espresso makers have spiked drastically as people skip their Starbucks runs, and electric grills and griddles and stand mixer sales have also seen major upticks—a trend that could “continue heading into the holiday season.”

As they nest their way through COVID, home-focused trends have been fueled by Gen Z and Millennials’ social media content, with users showcasing their new domestic obsessions. The trend isn’t slowing down—here are some of the recent homey social media hashtags and communities gaining traction: 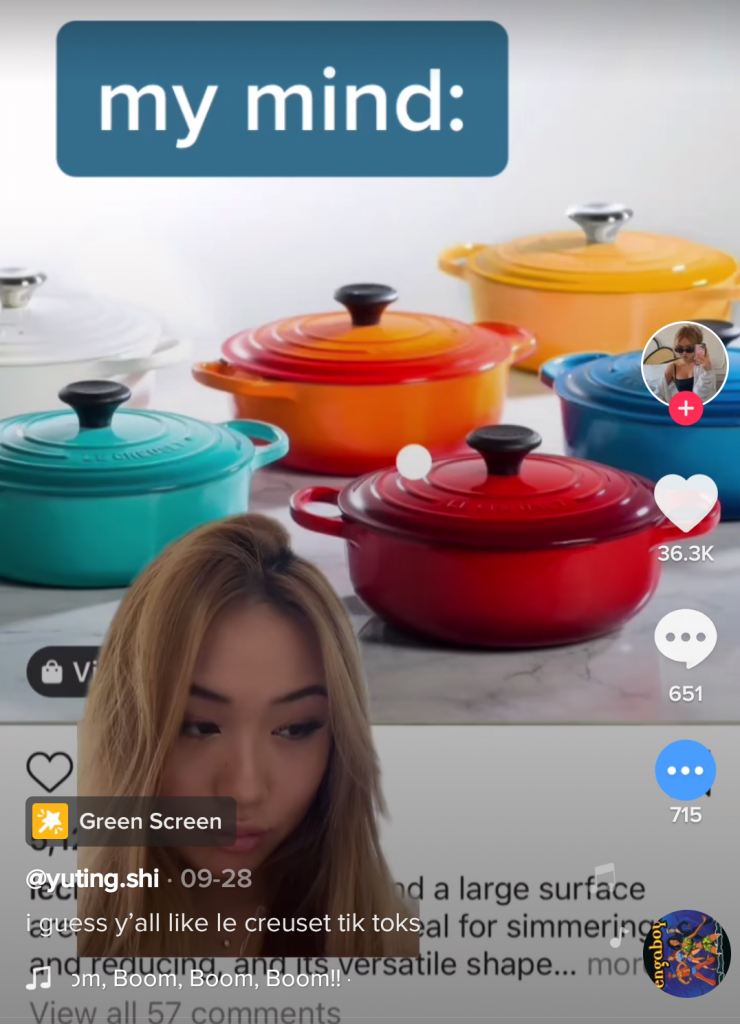 Cooking has been a major part of young consumers’ quarantines, with YPulse’s research finding that they’re not only cooking more because they have to but because it’s a creative outlet and a passion. Food trends have flourished on social media during this time—and now cooking brands are feeling the halo effect. Last week, Food and Wine reported that “TikTok Has Become Weirdly Obsessed with Le Creuset” and Grub Street passionately echoed “Le Creuset TikTok Is the Only Good Thing on the Internet.” The #lecreuset hashtag currently has over 14 million views on the app, and is filled with videos lovingly extolling the brand’s products. While some lucky owners show off their own collections, many use greenscreen to admire products they don’t actually own, but clearly want. User @ave.abe, who calls herself “the Le Creuset girl,” has over 11K followers and currently posts almost exclusively about Le Creuset and her “obsession” over their wares. The new obsession with the aesthetically pleasing colorful pots is likely also stemming from the popularity of #Cottagecore content, which is providing a combination of escapist fantasy and self-care, and many #LeCreuset posts also have a #cottagecore tag. Similarly, TikTokers are finding images and content about Le Creuset comforting, and a diversion from controversial and chaotic real-life news. By the way, Le Creuset does have their own TikTok page, but they aren’t exactly taking advantage of their growing social media brandom, with just five of their own videos currently posted for a little over 7K followers. 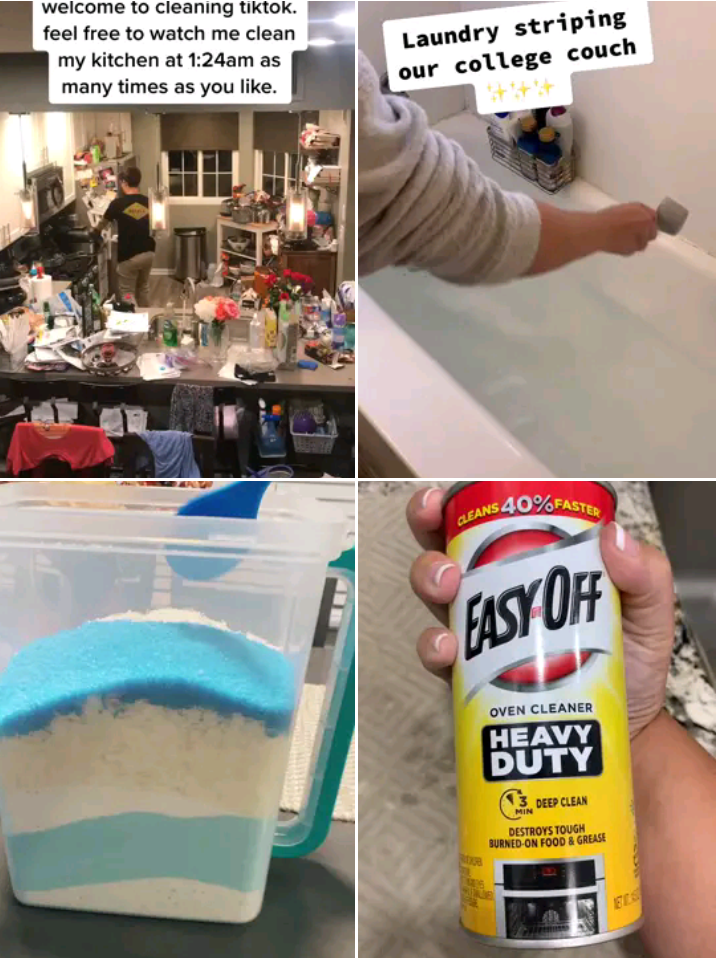 Fancy pots are far from the only domestic trend on TikTok, where houseplants and cooking hacks have their own hashtags. But another quickly growing community is focused on something much less glamorous: cleaning. “Cleaning TikTok” is both the growing collection of cleaning videos dedicated to sharing tips, hacks, products, and satisfying cleaning before-and-afters, as well as the fans of the content. The hashtag #cleaningtiktok currently has over 302 million views, and the first video on the feed declares “welcome to cleaning tiktok. Feel free to watch me clean my kitchen at 1:24am as many times as you like.” The platform has also fueled new cleaning trends like “laundry stripping,” as users try out extreme cleaning methods they’ve spied on the app. In other words, cleaning brands who aren’t leveraging this content need to get on it. Cleaning is trending for multiple reasons. Not only are young people spending more time at home and looking to improve their spaces, they’re also likely looking to have some control and to feel minor accomplishments as their routines and schedules have been upended. YPulse’s No Place Like Home trend report found that 77% of quarantined 13-39-year-olds are cleaning and decluttering their homes more than they used to—and they’re clearly looking for the content to inspire them. But it’s not all serious: the hashtag #ChoresInThisHouse has become even more popular, with 2.8 billion views so far. The original sound for the tag, by user Page Kennedy, shows the dad riffing on Cardi B and Megan Thee Stallion’s “WAP” track with his own dad-ified lyrics, telling his kids there are, you guessed it, “chores in this house.” The audio has been used 18.5K times. Cleaning and organizing aren’t just popular on TikTok. InStyle reports that cleaning accounts are flourishing on Instagram as well, and according to The Guardian cleaning influencers are on the rise. Meanwhile, over in the world of streaming, Mashable reports that Netflix’s new unscripted series Get Organized with The Home Edit, which follows two professional organizers who declutter celebrities’ and fans’ homes, is so popular that The Container Store has experienced a surge in business. Viewers have been reporting “unusually long lines” outside retail locations across the country, and the company’s stock price has nearly doubled from $3.73 to $6.58.