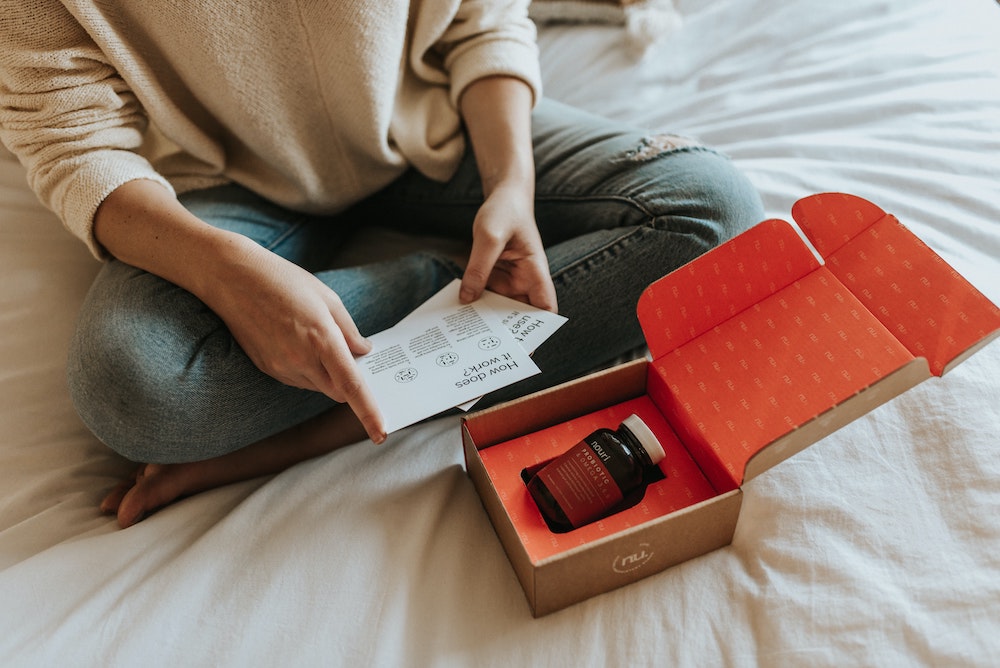 YPulse’s newest trend report After Corona examines what comes next for young consumers—and we learned a lot. Young consumers caution and anxiety over the virus will continue to shape their behavior for the coming months and years. But it has also created massive opportunities for some brands.

We found that these months at home have served as an incubator for many trends that they had already been starting. In this time, they’ve doubled down on their ecommerce, their social media use, DTC habits, and more. It’s been a boon to some industries, as quarantines have had them trying out new hobbies, and new services. So which have the flocked to most? We asked young consumers to tell us if they signed up for any type of new service since the Coronavirus crisis began. Here’s how many told us they had:

Over half of young consumers overall, and almost four in five Millennials, have signed up for a new service of some kind in the wake of Coronavirus. In fact, 40% of 13-39-year-olds tell us that they have tried a new brand, product or service specifically because of COVID—and yes, Millennials were slightly more likely than Gen Z to say they had tried something because of COVID as well. That all adds up to a huge amount of young people who have made a new brand a regular part of their life during the crisis—and is likely to mean long-term customers for many. But their adoption of new services certainly favored some industries. We asked what specific services they had signed up for, and here’s what we found: 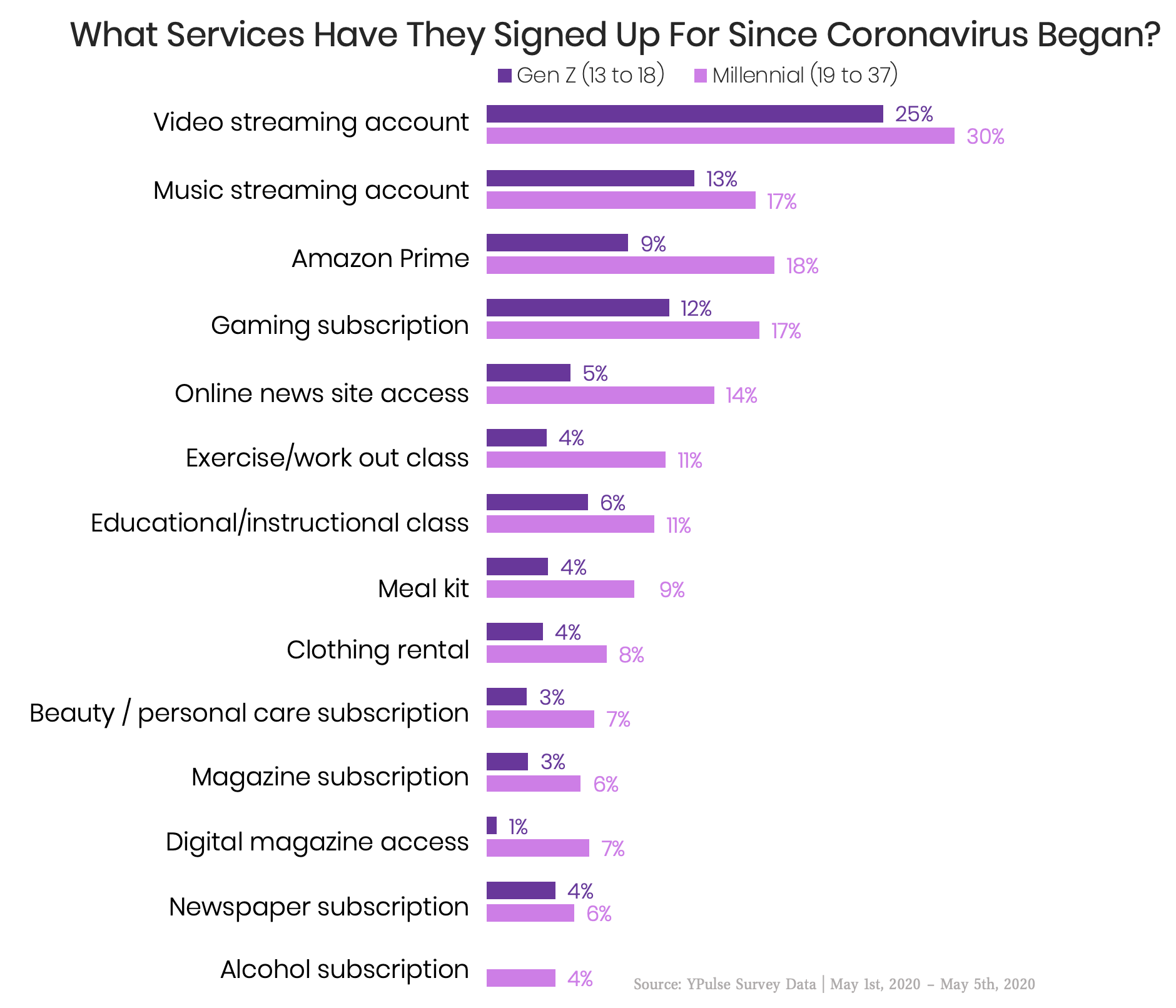 Video streaming subscriptions like Netflix and Hulu were the most likely to gain new young users during Coronavirus, with almost a third of Millennials saying they signed up for a new service. This makes sense considering everything we tracked during the quarantines: Gen Z and Millennials have been housebound and desperate for content, which they have used as medicine to treat their pandemic-related anxiety. Our report on the COVID media boom found that 88% of quarantined young people are watching videos/content in their free time and 53% have binge watched a TV show—and that rate of consumption, they’ve needed some new sources. Our numbers also back up what the video services have seen themselves: Netflix reported that they added nearly 16 million subscribers during the pandemic. We also found that young consumers were most likely to say that they would continue video services subscriptions after the crisis is over, with nearly half of those who have signed up to a video streaming account saying they plan to keep it.

Music streaming was the second biggest winner in terms of new young user sign ups, followed by Amazon Prime, which an impressive 18% of Millennials say they have become members of since the crisis began.

But there are interesting takeaways at the bottom of the chart as well. Physical magazine and newspaper subscriptions have not been as likely to benefit from young consumers’ time at home. And while alcohol delivery has skyrocketed during this time, signing up for an alcohol subscription service has not been common. Many of the industries listed have alternate methods of access that make subscription services less desired or necessary in the eyes of young consumers. Exercise and work out class subscriptions is another example. Though at-home workouts of course became a massive trend during quarantines, only 10% of young consumers tell us that they signed up for a workout subscription. Why? There are a plethora of free workouts online and on social media, and the majority of young consumers who work out tell us that they’ve been accessing their workouts for free.